For those of you not familiar with the streets of Ilkeston, the above remarks must be very confusing. This sketch map — not drawn to scale — hopefully shows the relative positions of these streets.
We start at the bottom of Bath Street (roughly where Heanor Road and Bath Street meet) 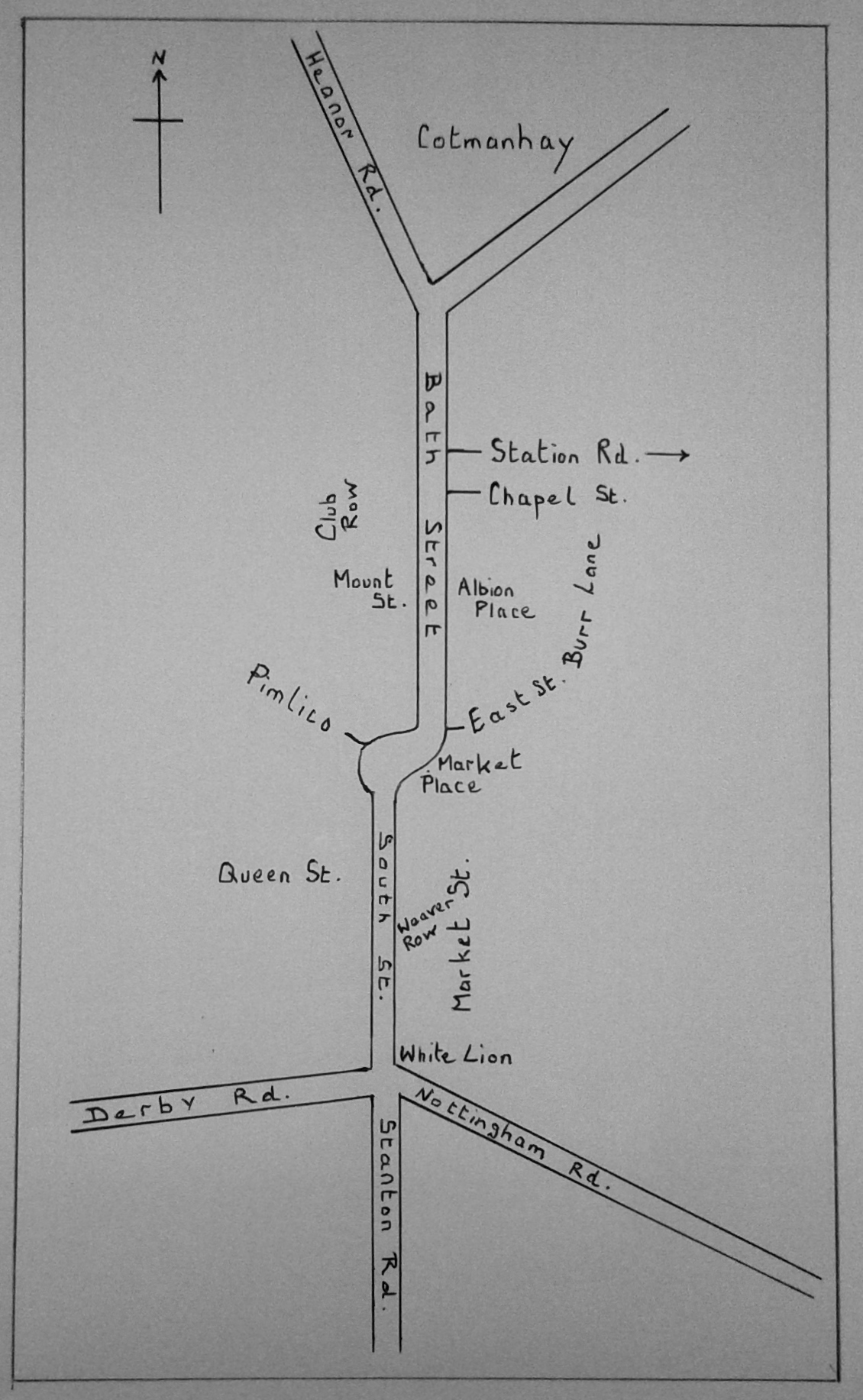 Just a few style points before we set off.

Adeline Wells was born Elizabeth Adeline Columbine in East Street, Ilkeston, on Monday, October 2nd 1854 and lived in the town until she moved to Nottingham with her family about 1879. Towards the end of the century, with her husband and son, she moved to live in Eastbourne, Sussex, where she spent the rest of her life.

In the year following her birth the Ilkeston News speculated on the ‘probable future’ of Ilkeston.

“The welfare of the masses is the object of every true philanthropist, and Ilkeston is a town where much leading beneficial influence is needed. At present it is in an embryo condition; the chrysalis has not fully emerged from its shell; yet there is a gradual development, which is more surely making known the physical, mental and moral resources of this important district. And in proportion as education, civilisation, and refinement keep pace with the more external improvements, the rude and harsh features of a newly-forming town just struggling into a marked existence will pass away – as the grey mists of the morning, with their chilling dews, before the rejoicing beams of the gently conquering sun”.

As we walk around the town we may see if the newspaper’s prophecy was to materialise.