The Columbine family in 1912

This photograph is mounted on card, on the reverse of which is a chart showing the names of some of the subjects. 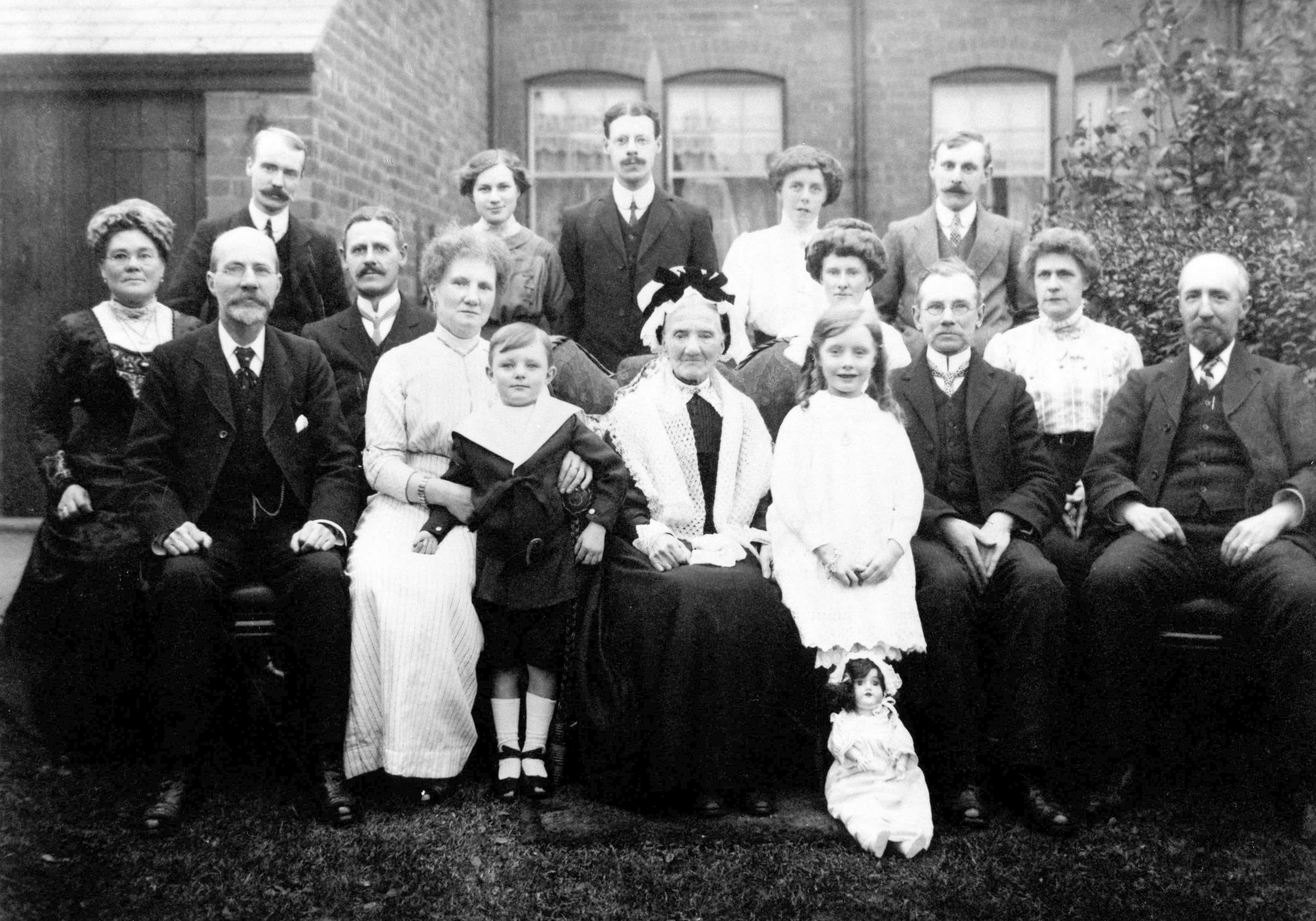 The photograph was possibly taken in the back garden of Ingleside, 2 Field Road, home of William Brailsford Columbine and family. (Karen)

Front row centre, flanked by the two children, is Elizabeth Columbine (nee Wells), widow of John senior.
Seated to her right is her daughter Elizabeth Adeline Wells (nee Columbine).
And to Adeline’s right is her brother William Brailsford Columbine.
On the extreme right of the photograph is the youngest son, Martin Webster Columbine.
(The remaining adult on the front row, between Elizabeth and Martin Webster, is unnamed. Could this be John Columbine junior, the eldest son of John and Elizabeth?).

There is also a separate set of notes on the subjects. (see below)
Both were compiled by Kathleen Riley, later Cox, nee Haseldine, the great grand-daughter of John Columbine senior and thus the grandniece of Elizabeth Adeline. 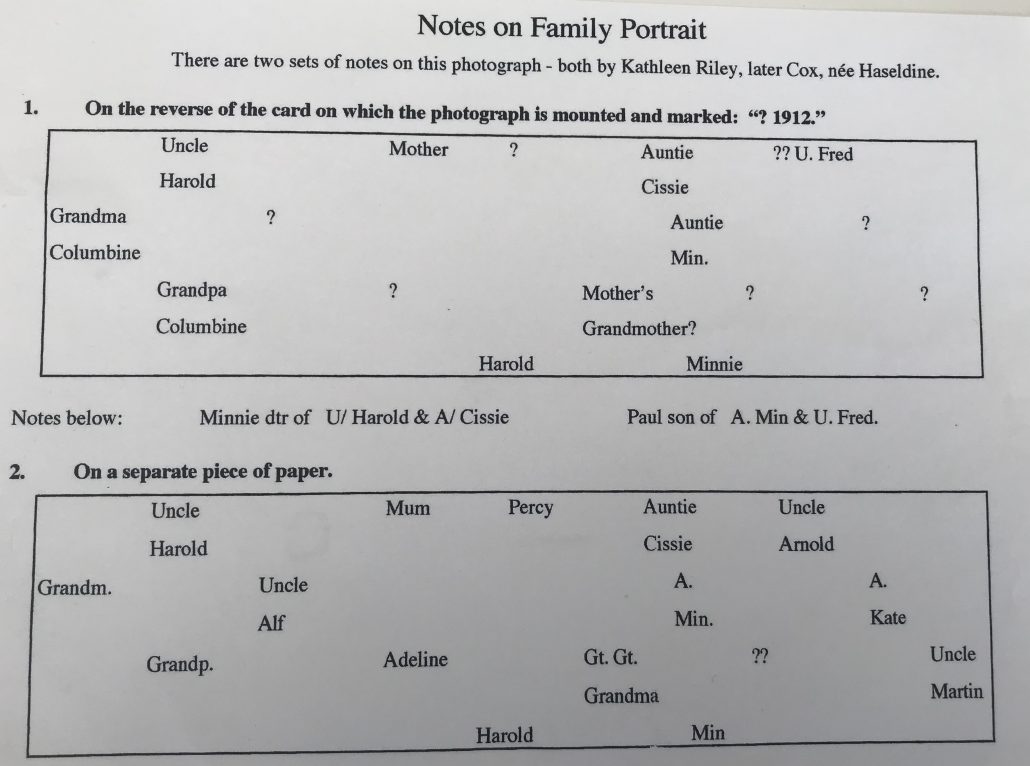 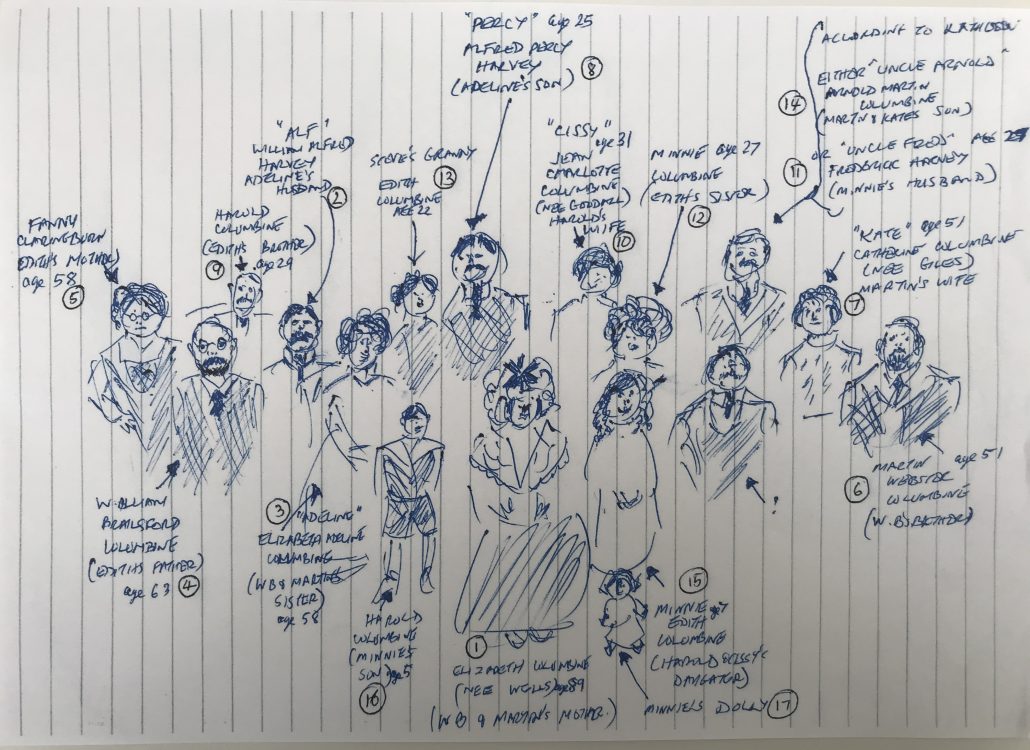 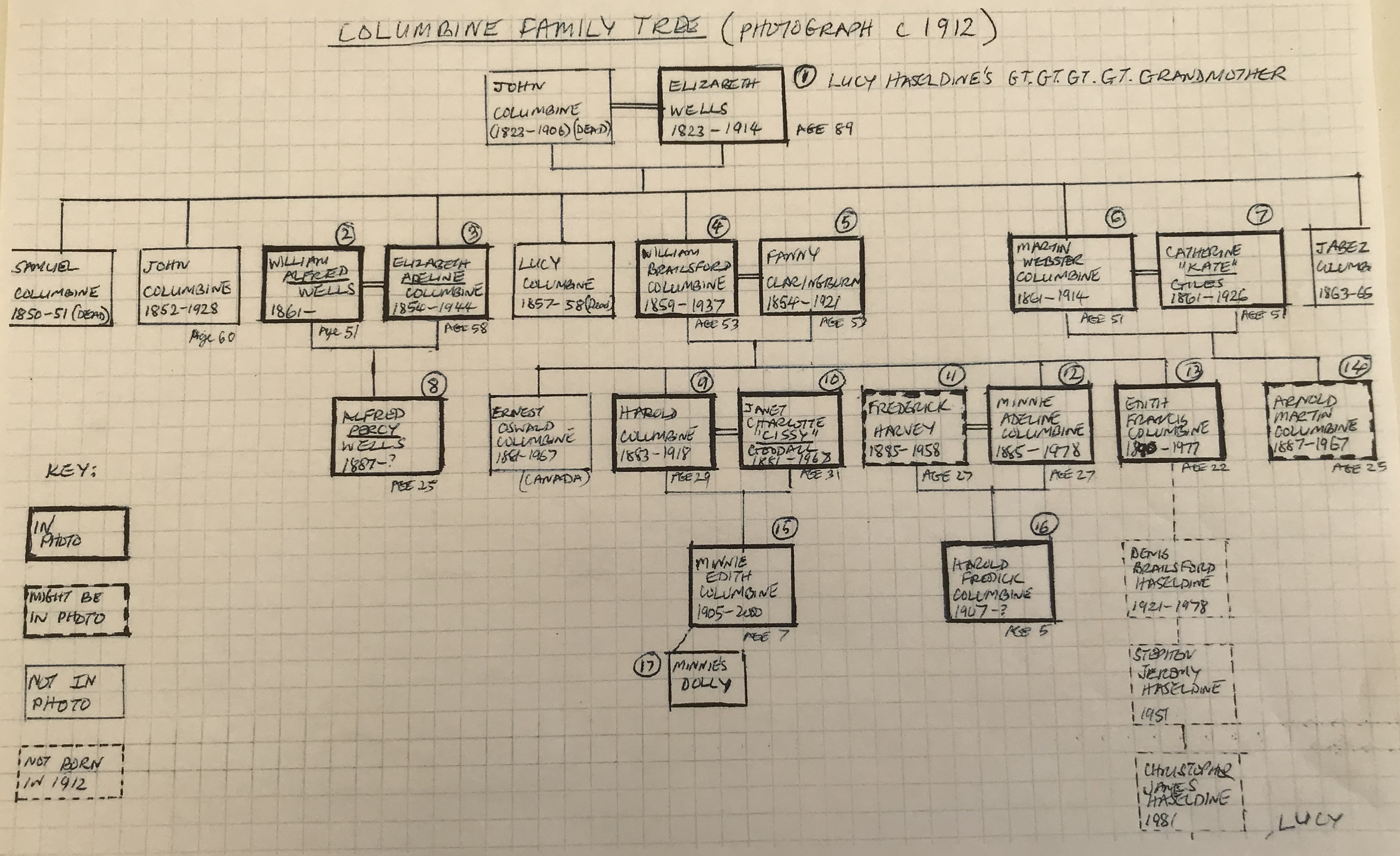 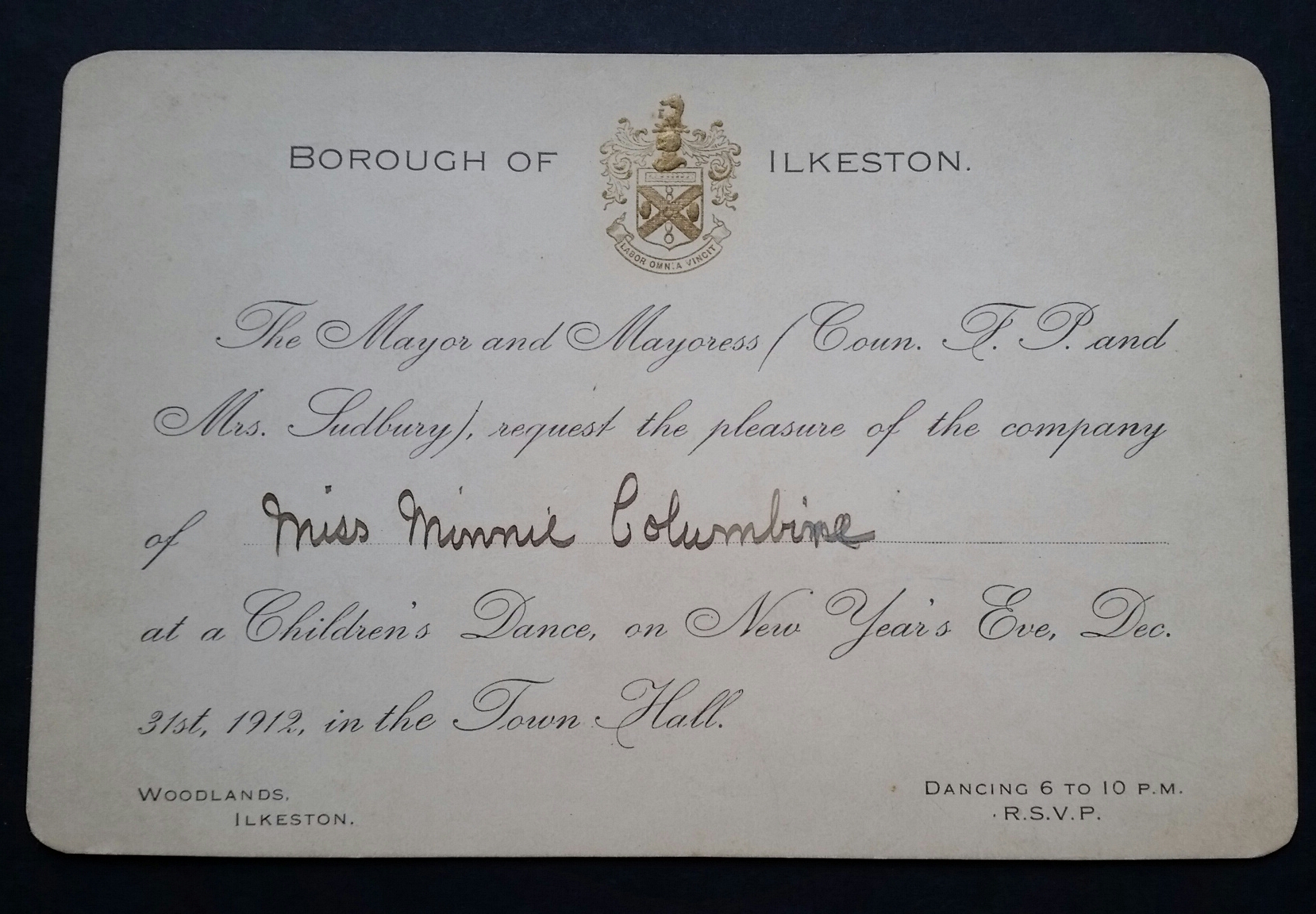 From the collection of Andrew Knighton. Minnie would have been seven years old, the same age as in the picture