Moving on from Riley’s Row 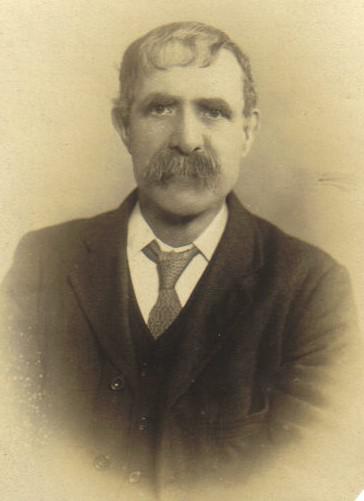 A well known figure in Ilkeston for many years, Arthur was born on 5th September 1865. (At his birth, he was registered as ‘Reuben’ by his mother who made her mark)

His parents were David and Mary Johnson, who were resident on New Street (now Station Rd) in the census of 1861 and 20 Albion Place in 1871. By 1881, Arthur is found at 8 Station Road, with his parents and siblings Ezekiel, Susan, Ada, Emma and Mary. His father is recorded as a carpenter, along with his eldest brother Ezekiel.

In 1887, aged 21, Arthur married Annie May Goddard at St Mary’s Church. His occupation at this time is listed as lacemaker, whilst his father David was recorded as ‘a jeweller’ (This is almost certainly a mistake; David Johnson was never a jeweller. Most probably the person recording the details of the marriage either miss-heard or miss-read ‘joiner’ for ‘jeweller’)

Later that same year, Arthur and Annie May’s first child Edwin was born, followed by Eva in 1891 and Eliza in 1893.

David Johnson later went into the funeral trade with premises at 80 Bath St, and Arthur followed his father, being listed in local directories in the 1890’s as coffin maker and undertaker at 9 Station Road. In 1904, he appears to have switched career and opened a grocers and beer shop at 154 Station Road. Later, he is in partnership with his ‘brother’ Ernest Johnson as funeral furnishers at 146 Station Road. This arrangement continued until 1914, when a public announcement was made dissolving their joint business. (Ernest was often referred to as Arthur’s ‘brother’.  In fact, born in 1884, Ernest was the illegitimate son of Susan Johnson, the sister of Reuben; he was therefore Arthur’s nephew)

According to Colin Henshaw, his grandson, Arthur had the honour of being the first to undertake a funeral at the newly opened Park Cemetery in the late 19th century, probably officiating along with his father. (Colin Henshaw, born in 1924, was the son of Ernest Wilkinson Henshaw and Eva (nee Johnson); Eva was Arthu’s daughter)

Business may not have been that profitable for Arthur Reuben, however, as in 1908 he became a publican, albeit continuing with his role as undertaker, with premises now at Providence Place. His first public house was the Cricketers Rest at Kimberley, later managing the Royal Oak at Cotmanhay, from 1911 -1913. It was at the latter pub that his wife Annie May passed away in 1913, aged 46. 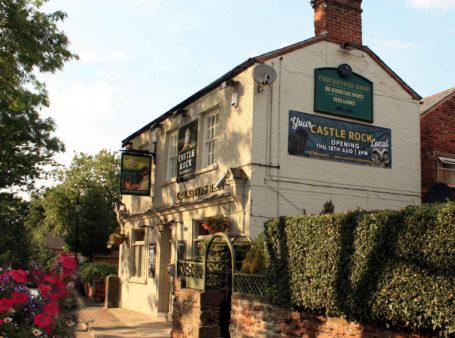 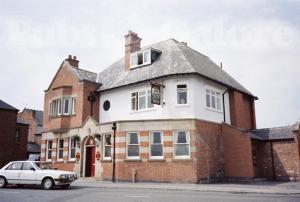 Following his wife’s death, Arthur focused on being an undertaker again, initially with Ernest, and later on his own, with premises at 60 and 64 Station Road. He combined provision of funerals with house furnishing, and advertised regularly in the local press. Competition must have been strong as Ernest, Ezekiel and Arthur all appear to have had undertaking businesses in the same area of the town.

As a boy, Colin remembered the coffins taking shape at Arthur’s workshop in the rear of his shop on Station Rd, particularly the smell of worked oak, and the piles of shavings on the floor. ‘The sight of the ‘bury-box’ in its various forms of completion gave little minds food for thought – not just the beauty of the polished oak with the expensive brass fittings, but what goes inside’.

He also remembered the funeral cortege coming along Flamstead Road, ‘nearly always horse-drawn in the early days, with on some occasions my Grandad sitting high up with the driver on the hearse, all decked in black and shiny top hats’. When the cortege passed by, people would stop and doff their caps in respect.
As his Dad’s friend once said to him as they did likewise , ‘It wonna always be somebody else Ernie !’.

On being called to a ‘job’ i.e a recently deceased person, Arthur often needed assistance with the preliminaries. Colin remembered : ‘Taking along his board, trestles and tape measure to the ‘party’ concerned, the first thing to do was to move the body from the bed upstairs down to the front room and lay it on the board and trestles in readiness for the wooden box. This move facilitated accurate measurements for the making of the coffin – but most of all it was easier to get a body downstairs not enclosed in a ‘bury-box’ ’.

On one occasion, according to the account of Colin’s father, Ernest Henshaw, they were trying to manoeuvre the body of a particularly large lady down a set of awkward stairs. ‘Halfway down the stairs, my Dad really got the wind up at the same time as this lady did’. Manhandling the body had led to wind breaking from ‘various orifices’ and Ernest needed assurances from Arthur that the lady was really dead and that a stiff drink would settle his nerves !’

Colin recalled Arthur’s weekly trips to Nottingham on Wednesday afternoons when his shop was closed, always bringing a pound of whelks back with him.
‘How he managed to stab and grind them with so few teeth, I’ll never know’ he noted.
Arthur also liked a pint and was a regular in the Flower Pot on Chapel Street. Indeed, the pub acquired the nickname ‘The Black Flag’, in dark reference to his trade. 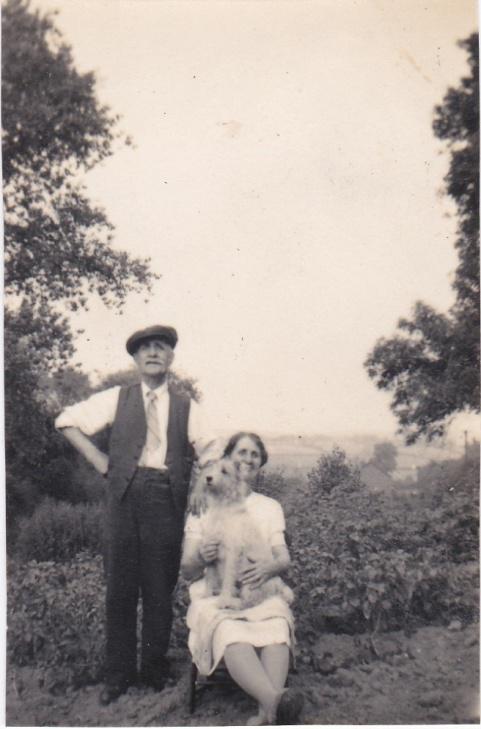 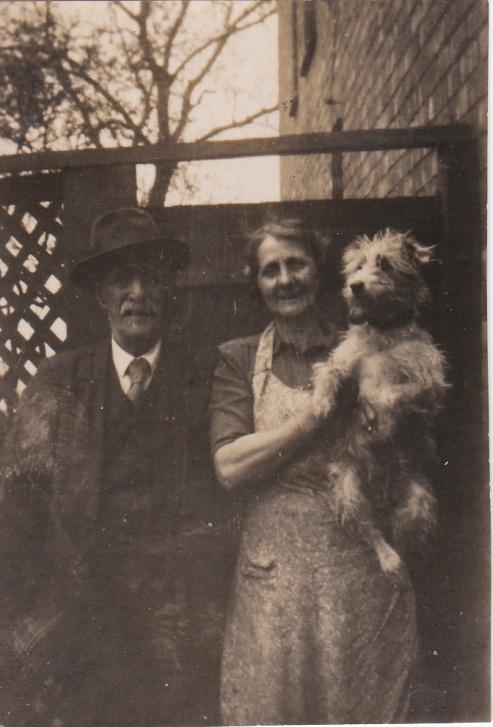 By the early 1940’s Arthur came to live with his daughter Eva and family at Highfield on Cantelupe Road, where he stayed for the rest of his life. Colin remembered that early in 1951, Arthur caught cold, which turned to flu or pneumonia, and took to his bed. Colin went upstairs one day and found him kneeling over the side of the bed.
‘I thought he was perhaps using the ‘jerry pot’ but no, all life had gone out of him so perhaps he was saying his prayers’. So, in Colin’s words, Arthur ‘waited for someone to do the job that he had done for so many people in the same position’.

It’s impossible to escape the thought, given his career as both publican and undertaker, that he would have organised a pretty good wake.

Fittingly, Arthur was buried in the Park Cemetery. But if you ever see a man with a walrus moustache, smelling of wood and chewing whelks on Station Rd, it’s probably the ghost of my great grandfather.

Acknowledgements for original research by Dave Johnson (who has made a few inserts, in indigo)

Phil Henshaw has put together another excellent piece about his uncle Leonard; let’s now havd a look at that article.