I want to thank Dave Ball who has sent in the following album of terrific photos.

This first one is of a Christmas collection of youngsters at Cotmanhay Infants School, taken around 1952. Nice to contrast the socks of the lad on the left with those of the lass on the right !!  Dave is second left, on the front row. 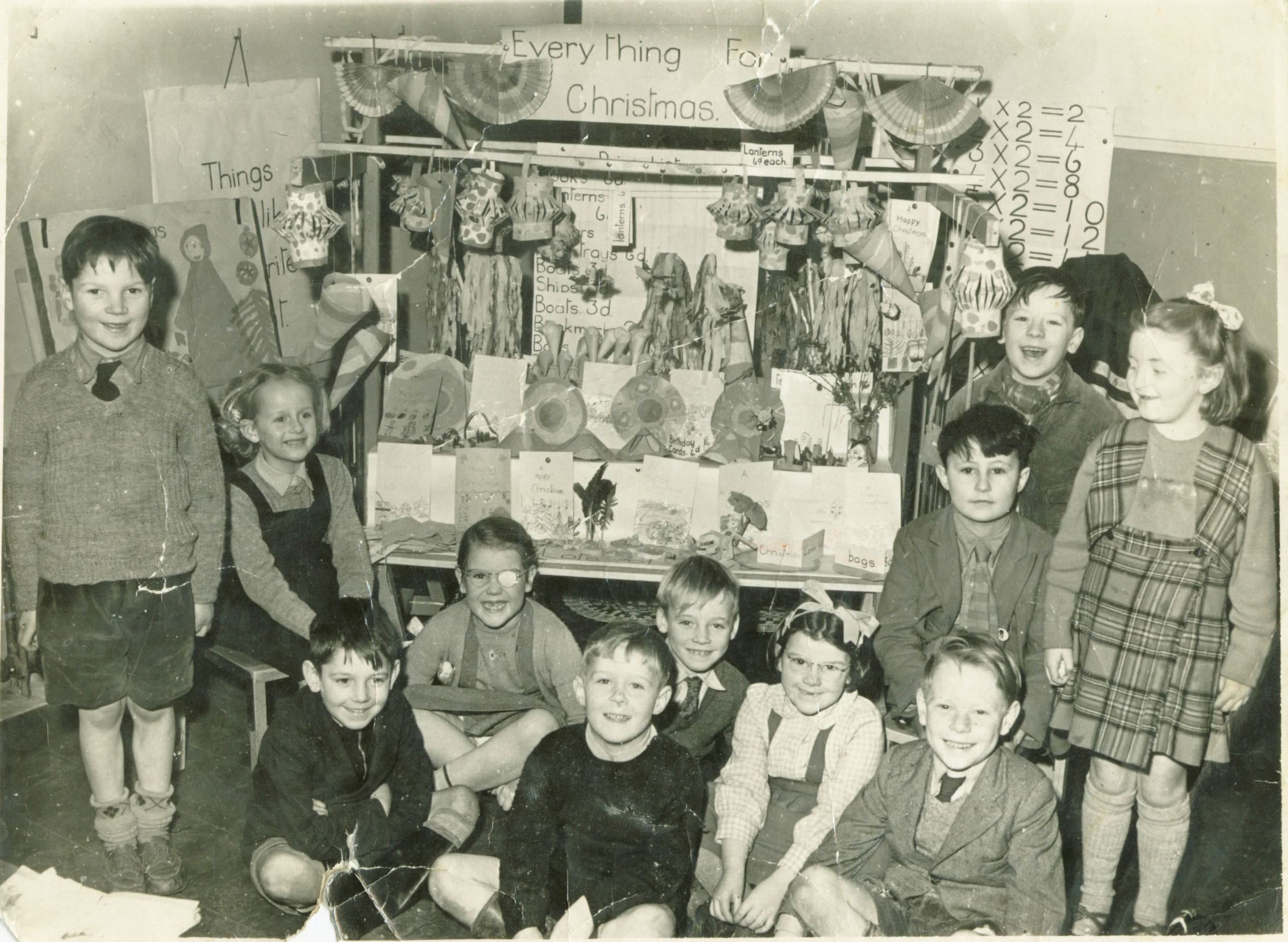 This next one was taken at Cotmanhay Junior School around 1955 .. the School Pet Club.
Do I detect a couple of children appearing in both photos ? Dave is certainly one of them …. can you spot him ?? 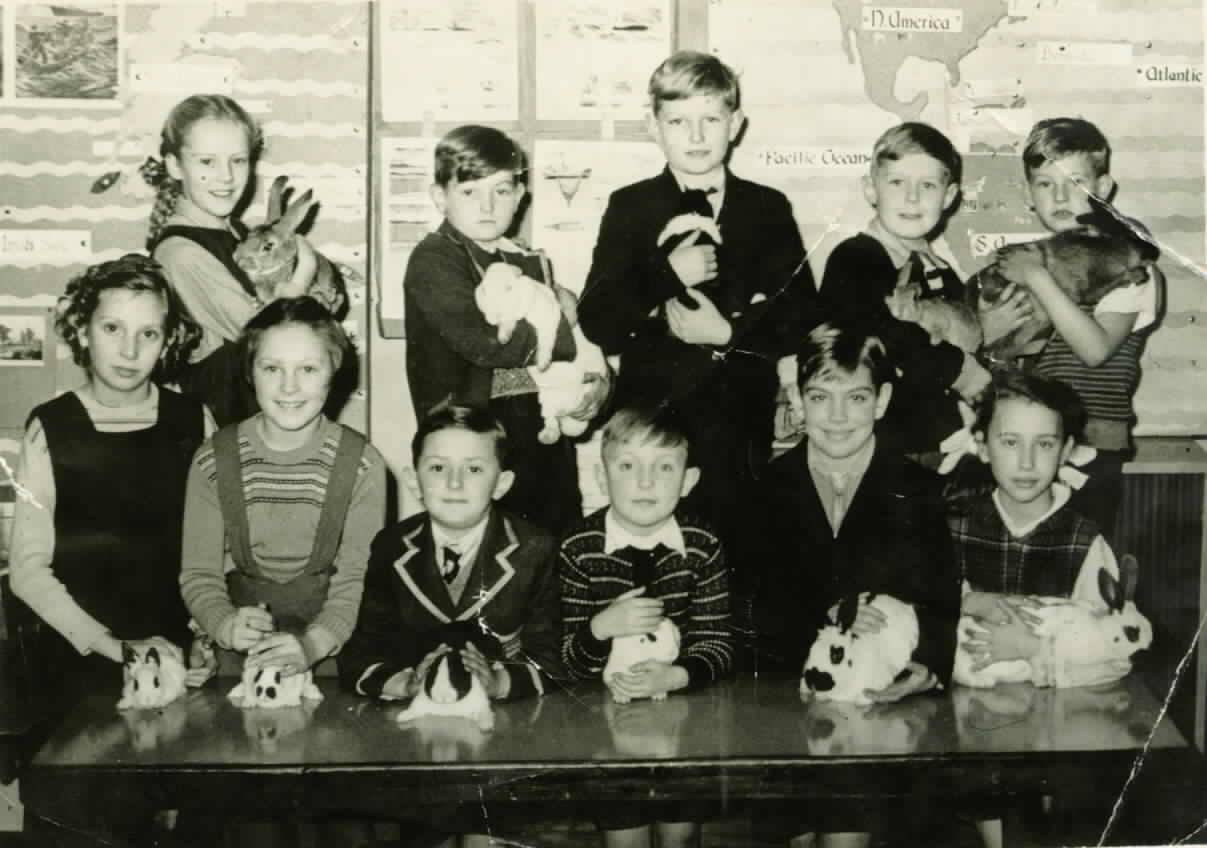 We move on, up the education ladder, to the Ilkeston Grammar School of 1957. As usual, this is posed in front of the Main Entrance.
This was Dave’s first year at the school and there he is … third from the left, on the back row. 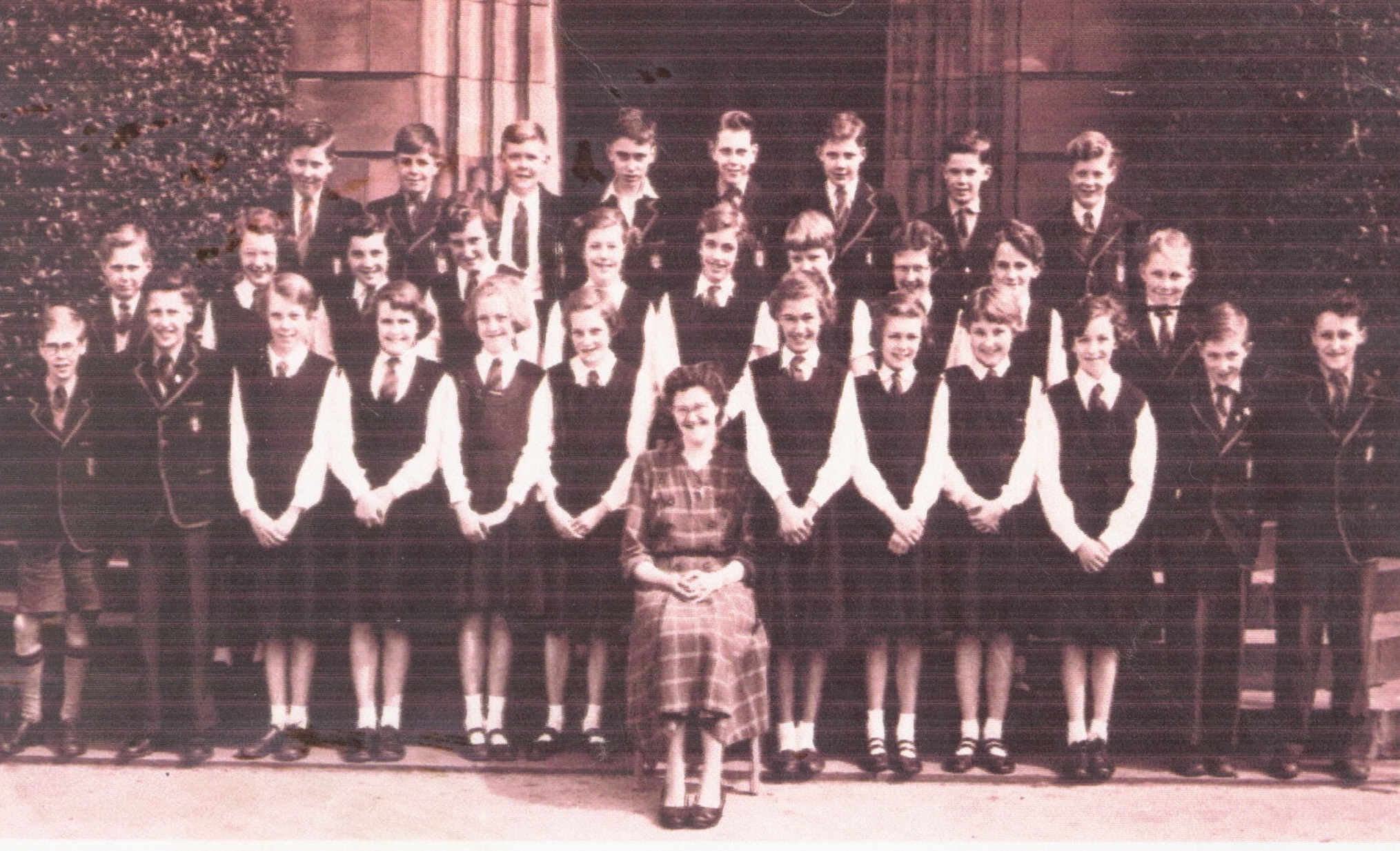 Dave recalls that this next photo was taken about 1969, at the Children’s Christmas party held at the British Legion Club when it was on Corporation Road.
Dave is top left, back row, holding a balloon in one hand and his brother Adrian in the other.
On the next row down is Dave’s sister, Kathleen (second from the right) and next to her is Dave’s friend, Jeff Hooley, who gave him the photo. 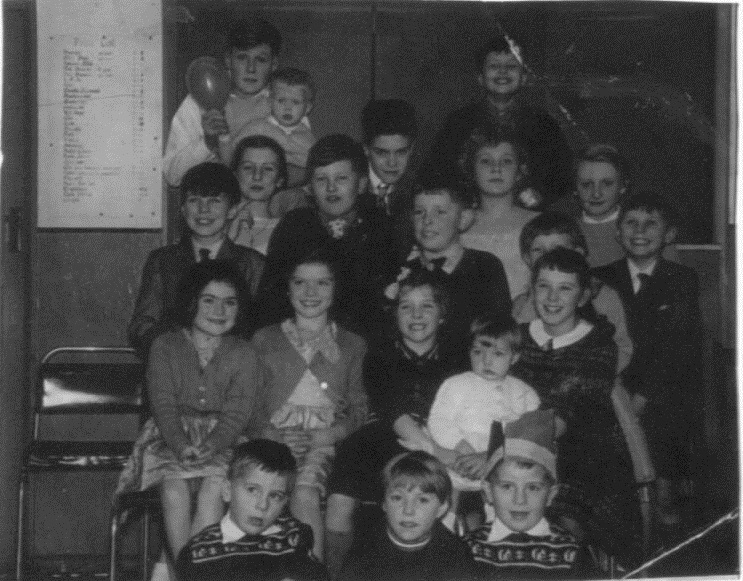 And now for one that doesn’t feature any lads. This was taken in 1961, showing Class 4B of Cavendish Girls’ School .. 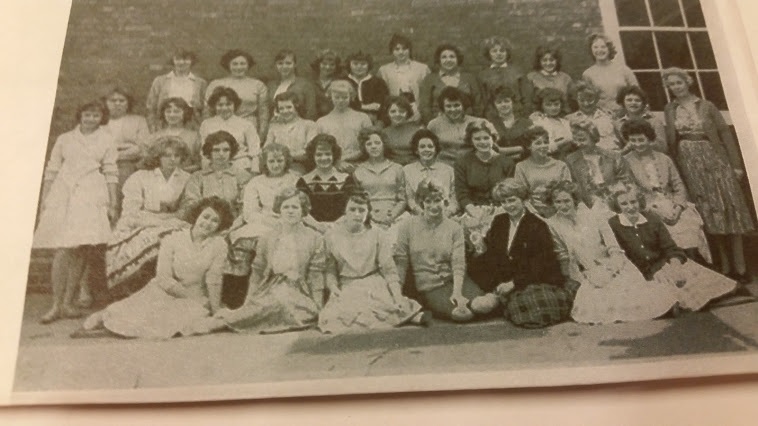 And here are many of the same girls, 20 years later ….

Taken from the Ilkeston Advertiser (?), the commentary beneath the photo …

And finally, another school photo which featured in the local press …. 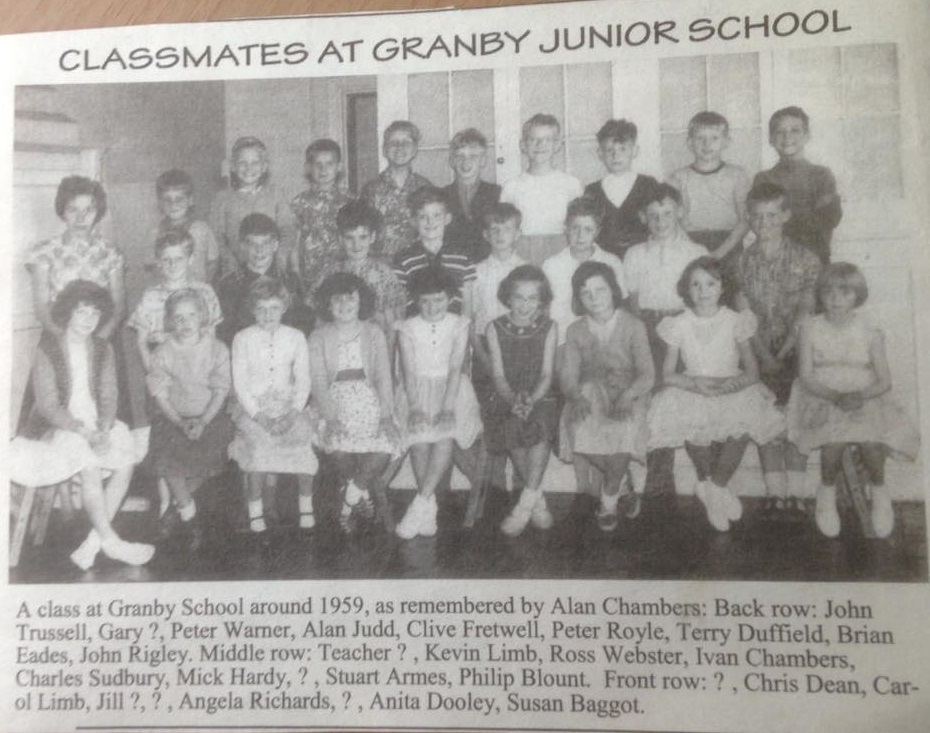 If anyone can add other detail to any of these photos, please feel free to contribute.

And if you have any photos of your own, do what Dave did !!