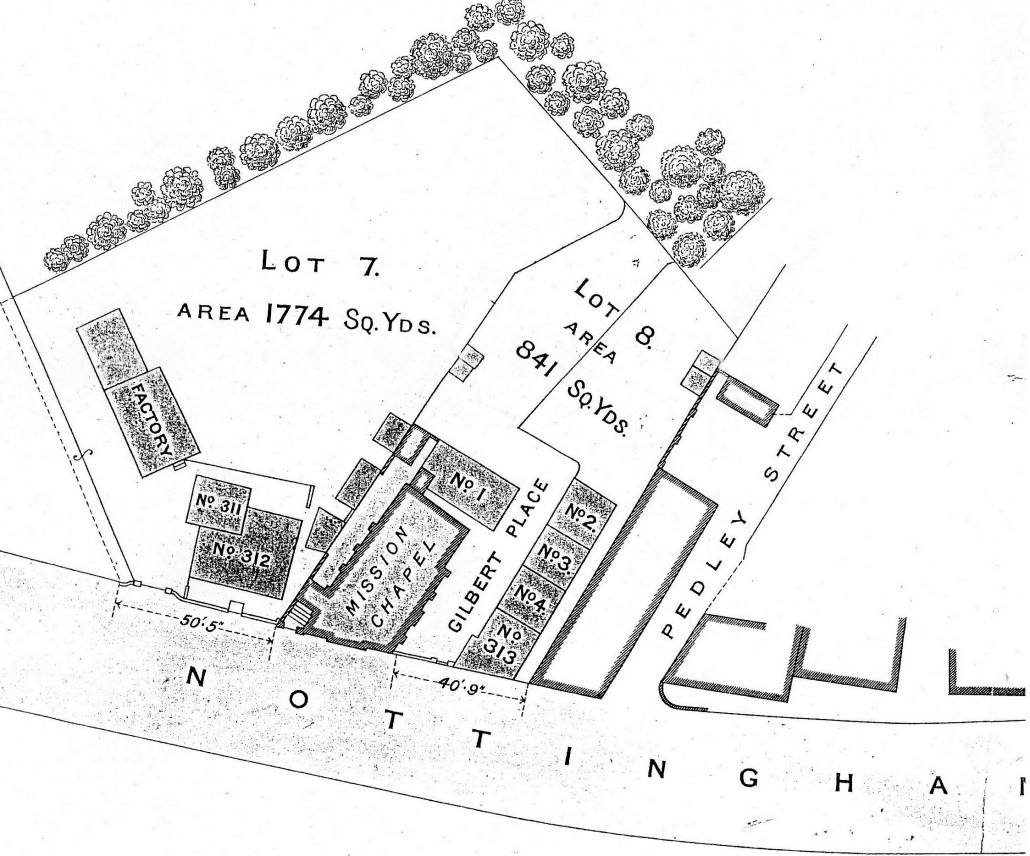 Maps showing the section of Nottingham Road in Ilkeston where Gilbert Place was and in fact still is, 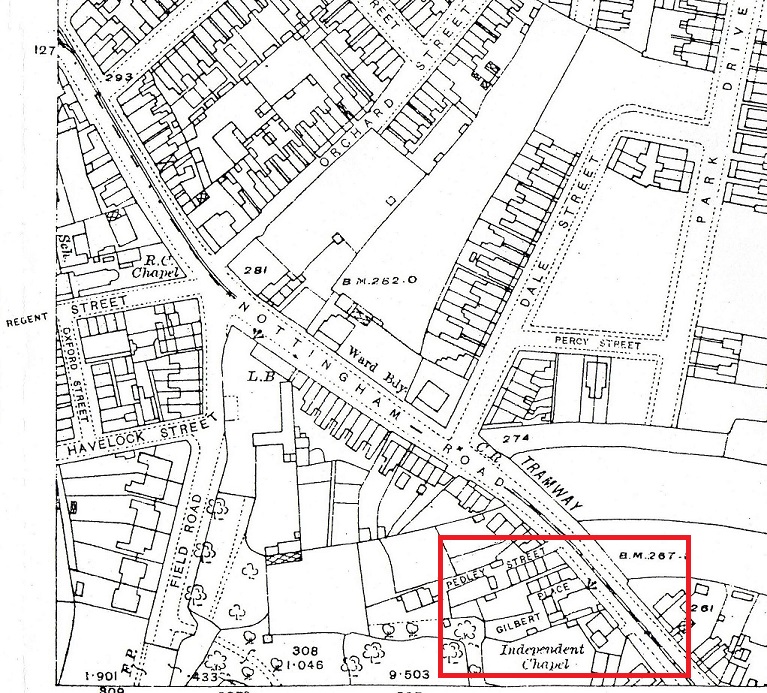 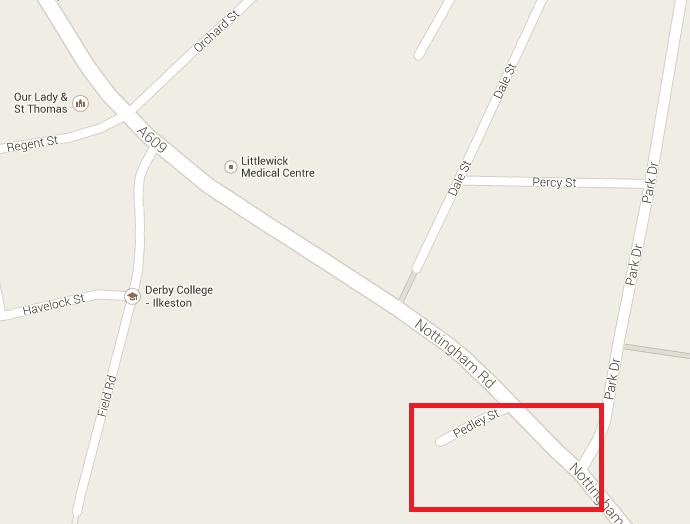 I say still is for while it is now in name extinct, it is still there… though its now no longer named as it’s now (2014) the forecourt for Ilkeston Glass Supplies.  (see picture opposite; image taken from Park Drive) 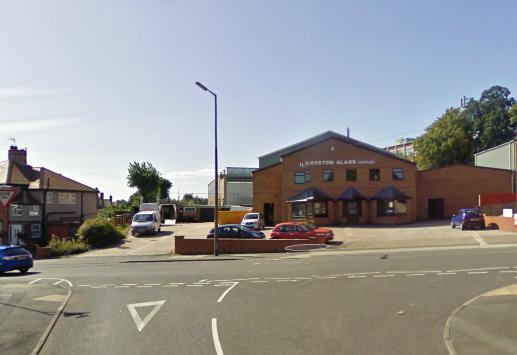 The 1870’s heralded a time of change for this particular family, for within ten years of the 1871 census the family is gone, gone as in the sense of this particular Frost family having run its course.

With having struck a little pot of gold in Ilkeston library, by that I mean finding Gilbert Place on an old 1880’s map, it is now possible to see that the said Gilbert Place would have been encompassed within the aforementioned area known as Hunger Hill, as to whether or not Gilbert Place might have come under the area known as White Lion, well it’s possible… but I’m unable to confirm it.
For pure point of interest, compare the site of Gilbert Place with the map citing the area of Hunger Hill

It’s a natural thing to do as a researcher, but having discovering a registration of death in the 1st Quarter of 1881 for Thomas; which naturally enough goes some way to explaining his non-appearance on the 1881 census.

I undertook a search to see if I could discover the whereabouts of his daughter Mary, but I found nothing definite as to her future.
The Frost heritage did indeed carry on though; through Thomas and Mary’s children’s children… and long may it be so.

The foundation stones for future times were laid long ago in the distance and darkness of time, those foundations still being used by us today, for they are our heritage, a base upon which we build and shape our lives… a base on which lay the foundations for the countless generations to come.

And so back to where we started this section ….