J Baines football cards for Ilkeston Town – see separate printed note. These were issued in their thousands for small clubs all over the country. 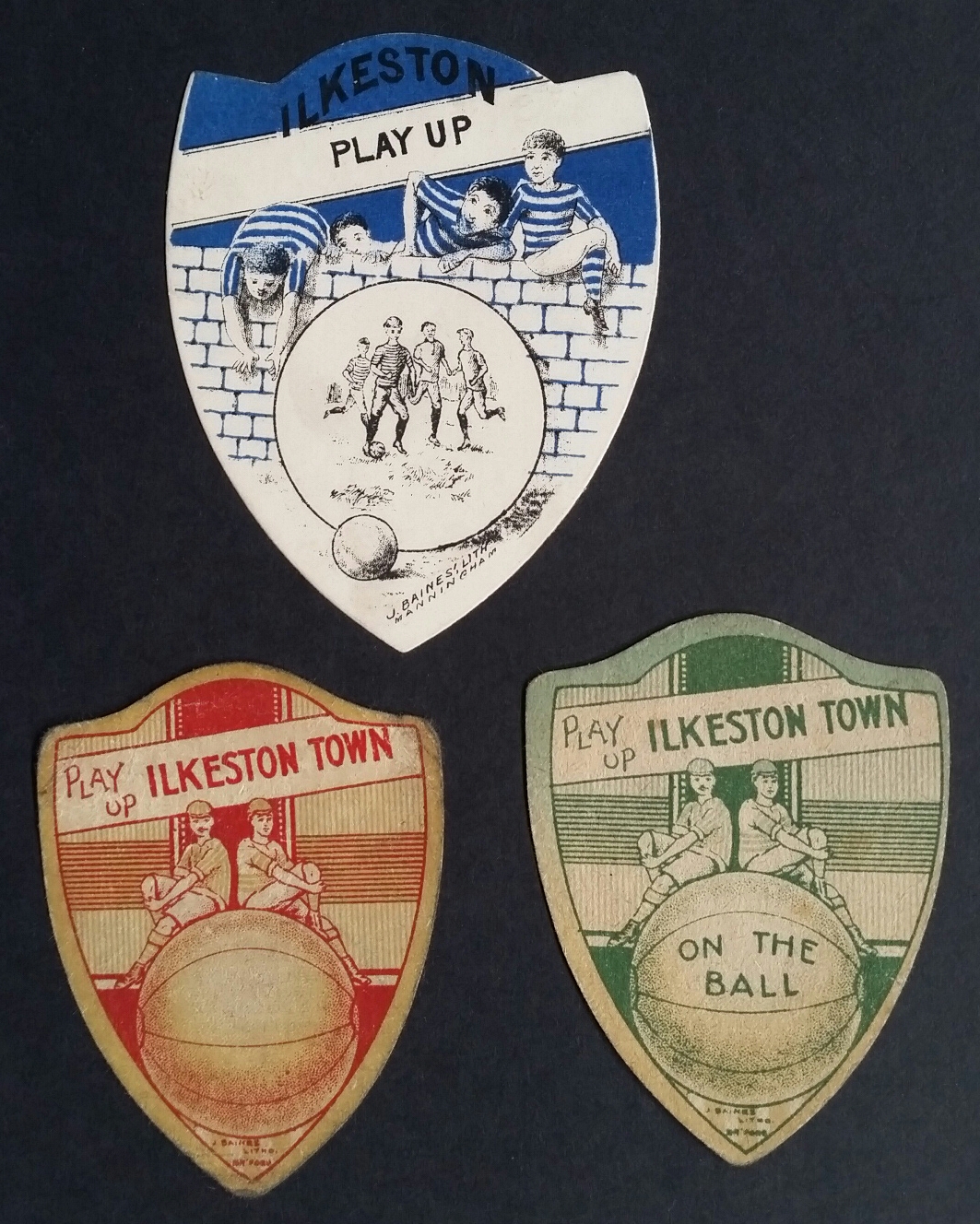 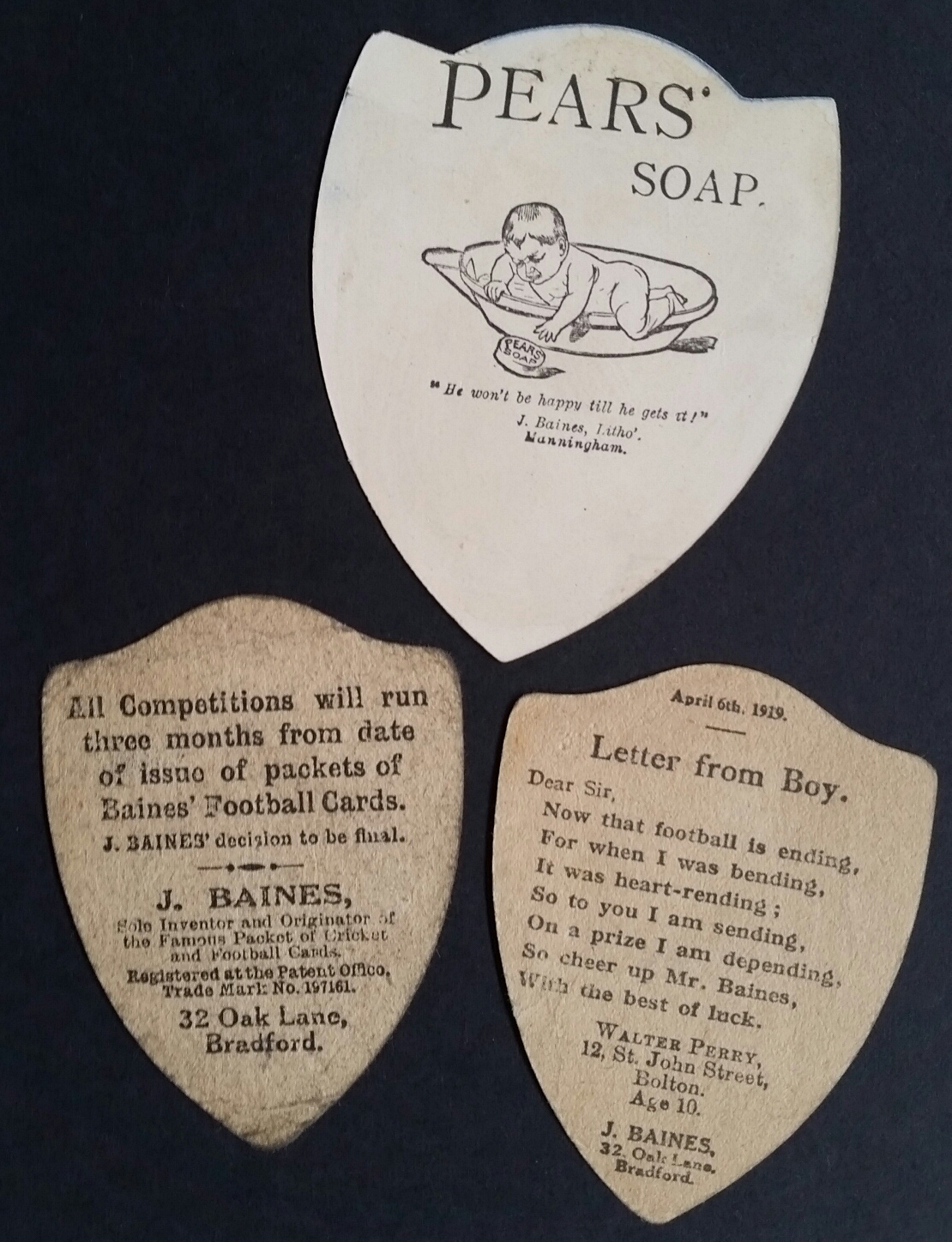 I never met Minnie Columbine/Cartwright, but somehow she must have known I was interested in local history and sent me a package of items in the late 1980s, several with connections to Ilkeston Rutland Cricket Club.

From The Story of Ilkeston Rutland Cricket Club  – this is when the cricket ground was on the site later occupied by the National Schools (St. Mary’s schoolrooms). 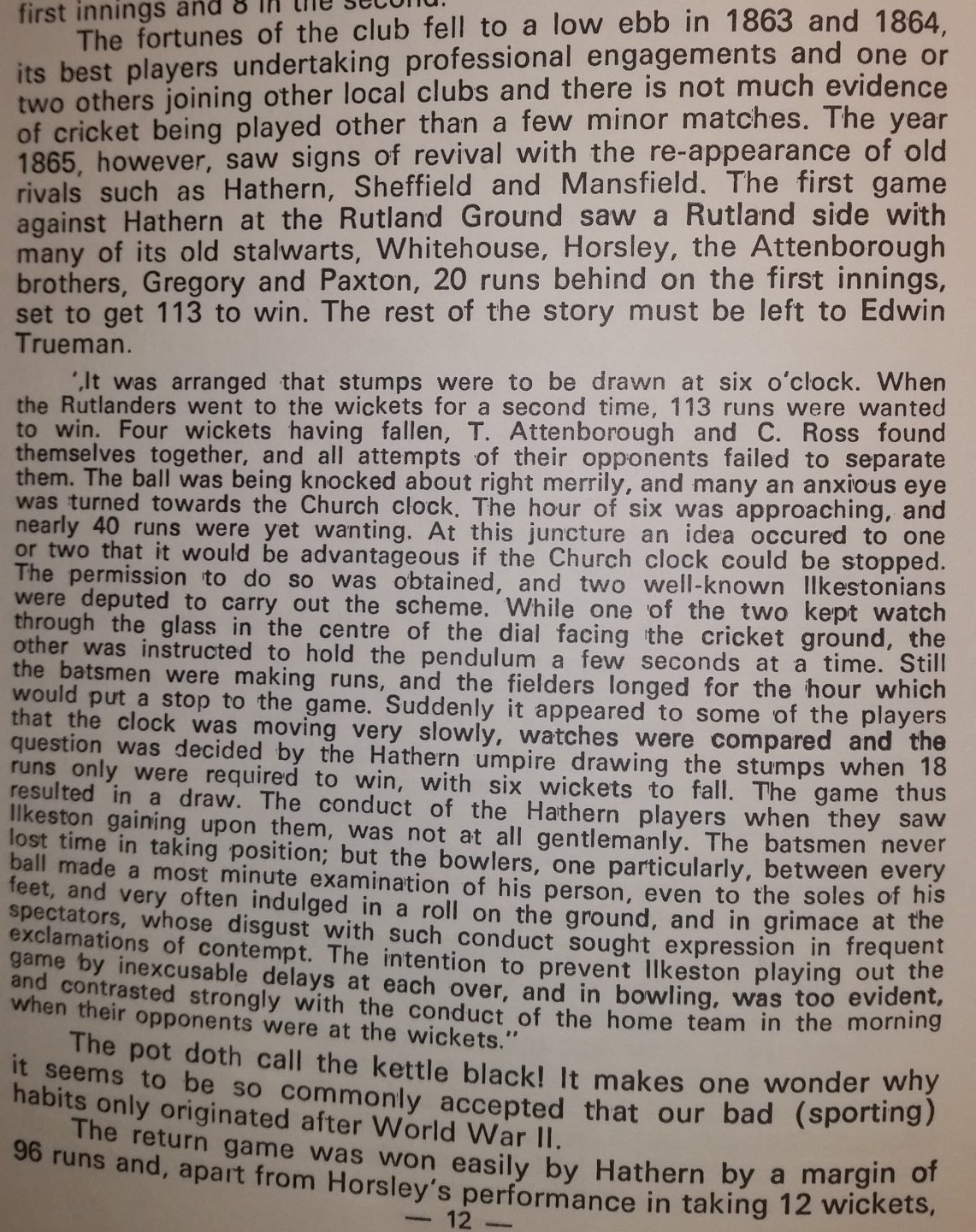 A menu programme for a dinner held in December 1929 to celebrate the centenary of the club, signed on the back by members, the signature in the top left corner ‘S Cartwright’ being the person to whom the menu belonged. I believe Minnie lived at Woodhall Spa, Lincolnshire. 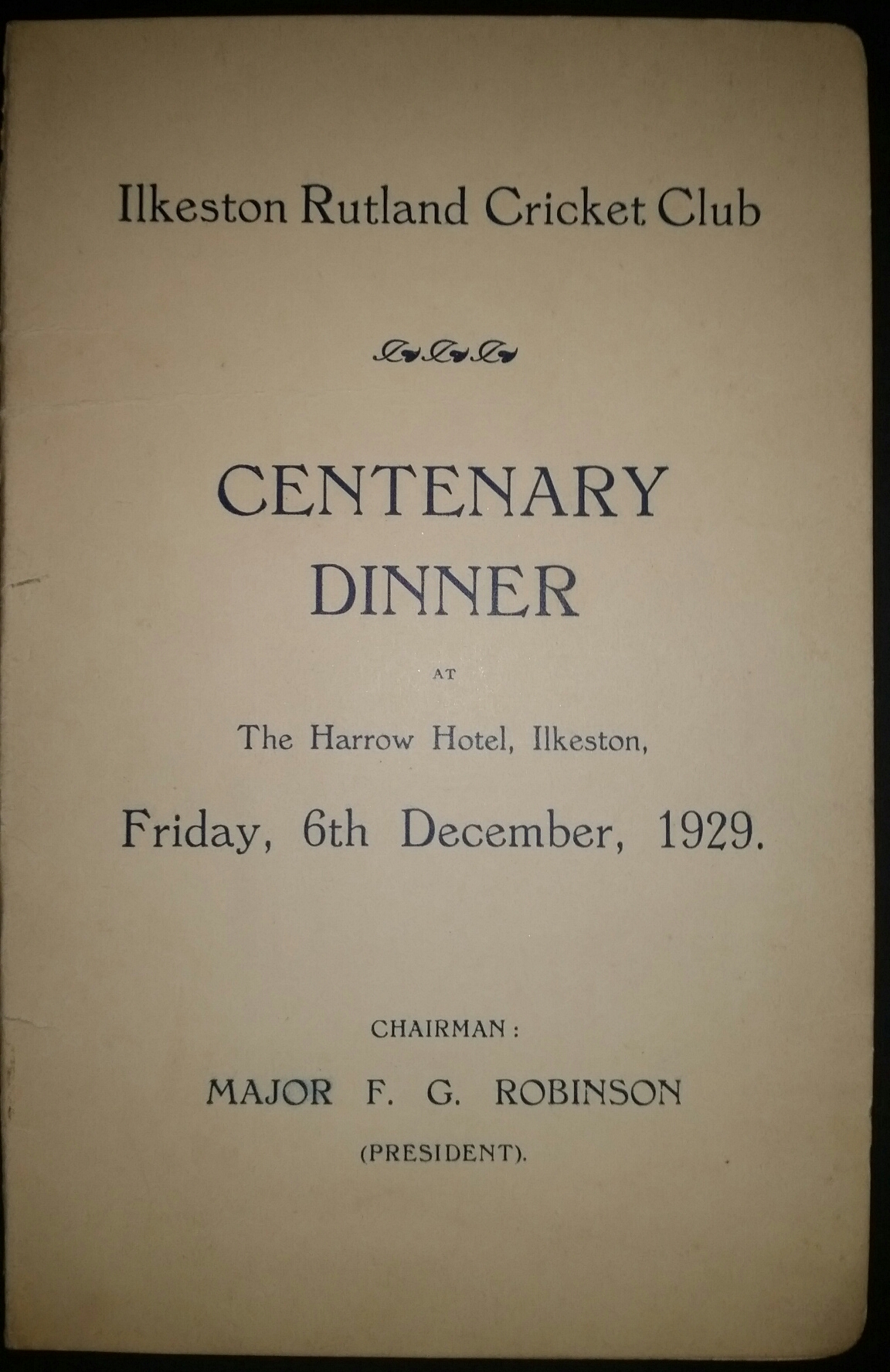 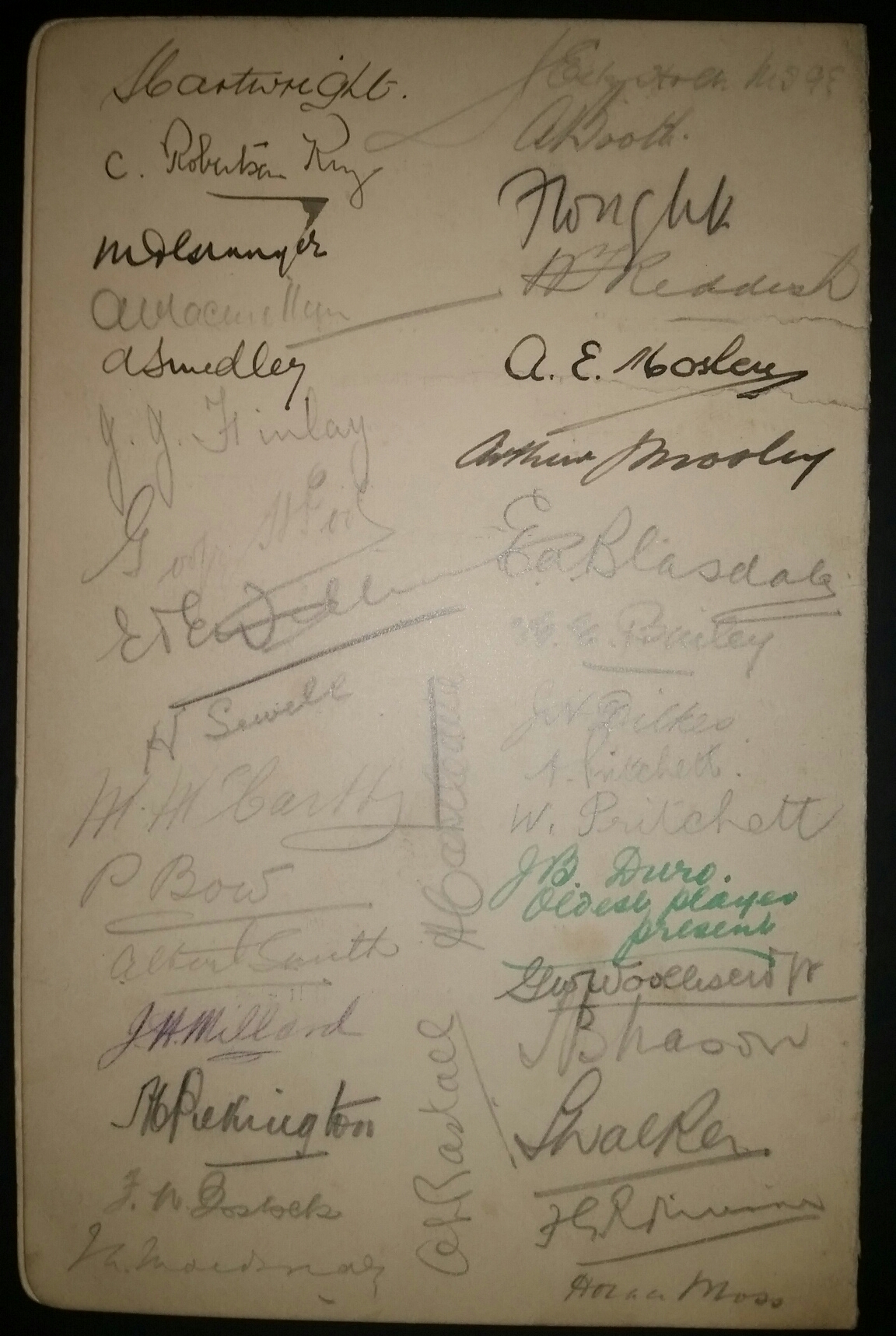 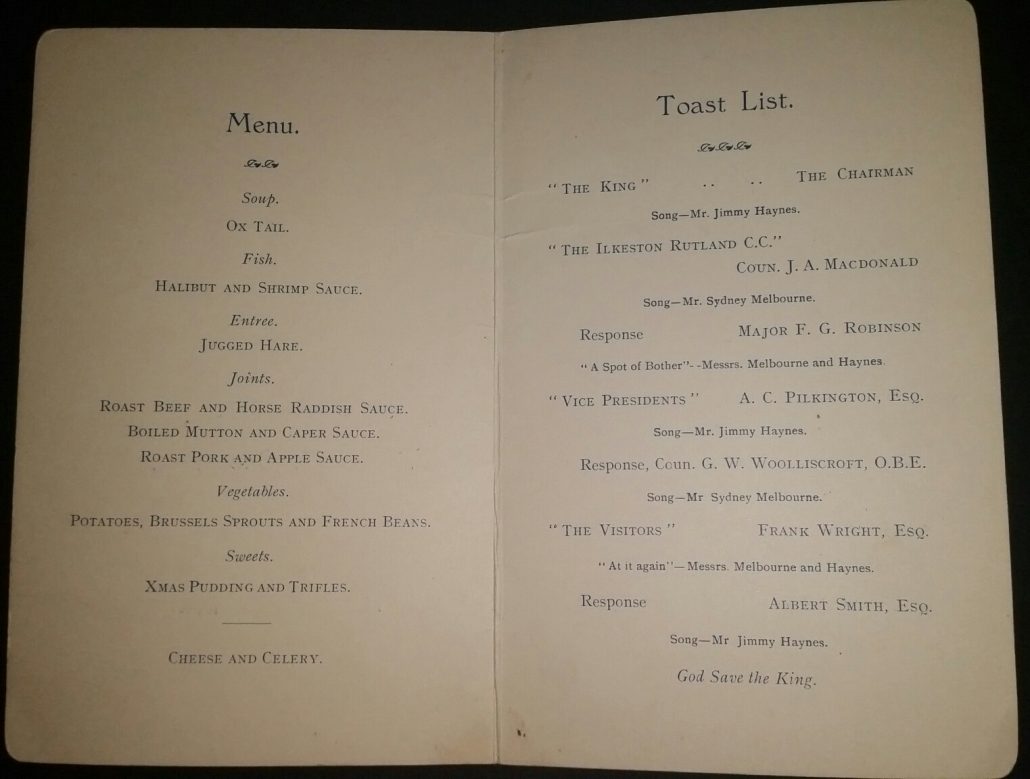