A big leap from Dame Schools to Hallcroft Schools !!

In May 1925 the very first edition of Hallcroft Boys’ School magazine, called The Crofter, was published, a ‘slim volume’ of 12 sides (about A5 size) between a very simple cover (all typed up by the school secretary on carbon paper and run off on the school’s gestetner ?) A copy was recently very kindly passed to me by the members of Blidworth & District Historical and Heritage Society, to whom I extend my thanks.

It opens with an unsigned address from the Headmaster (then Arthur Beacroft), followed by an editorial, diary items, short poems, some longer articles dominated by birds, a few schoolboy jokes, and some school ‘news’.

All of these items are signed with initials only … in fact, only the names of three masters appear; Mr Beacroft, Mr (Charlie) Richards, and Mr Edwards. However, on the inside front cover is written a name and address which I presume is the person who owned this copy. As it is almost 100 years old, the modest booklet is in a fragile condition (especially the cover). 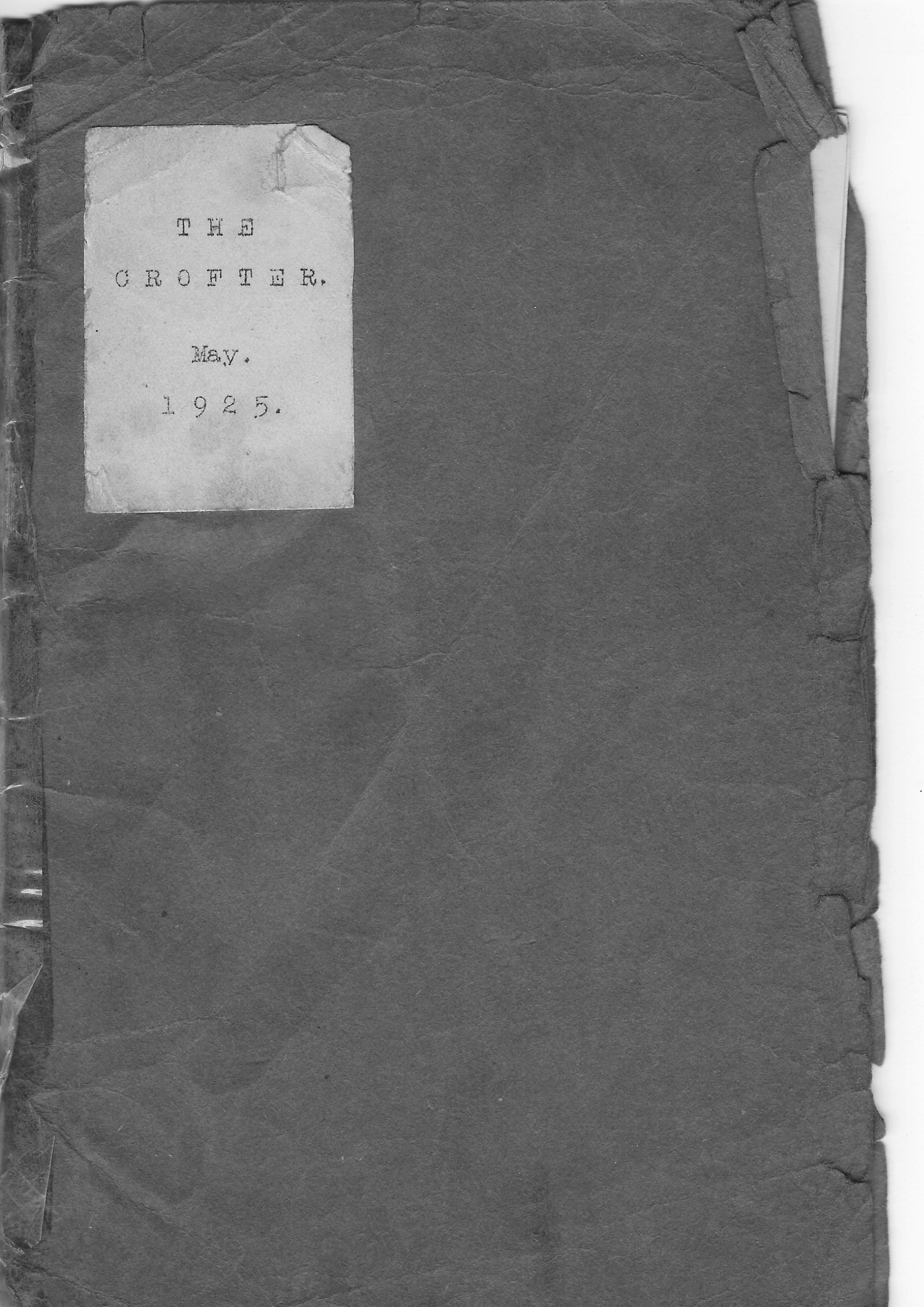 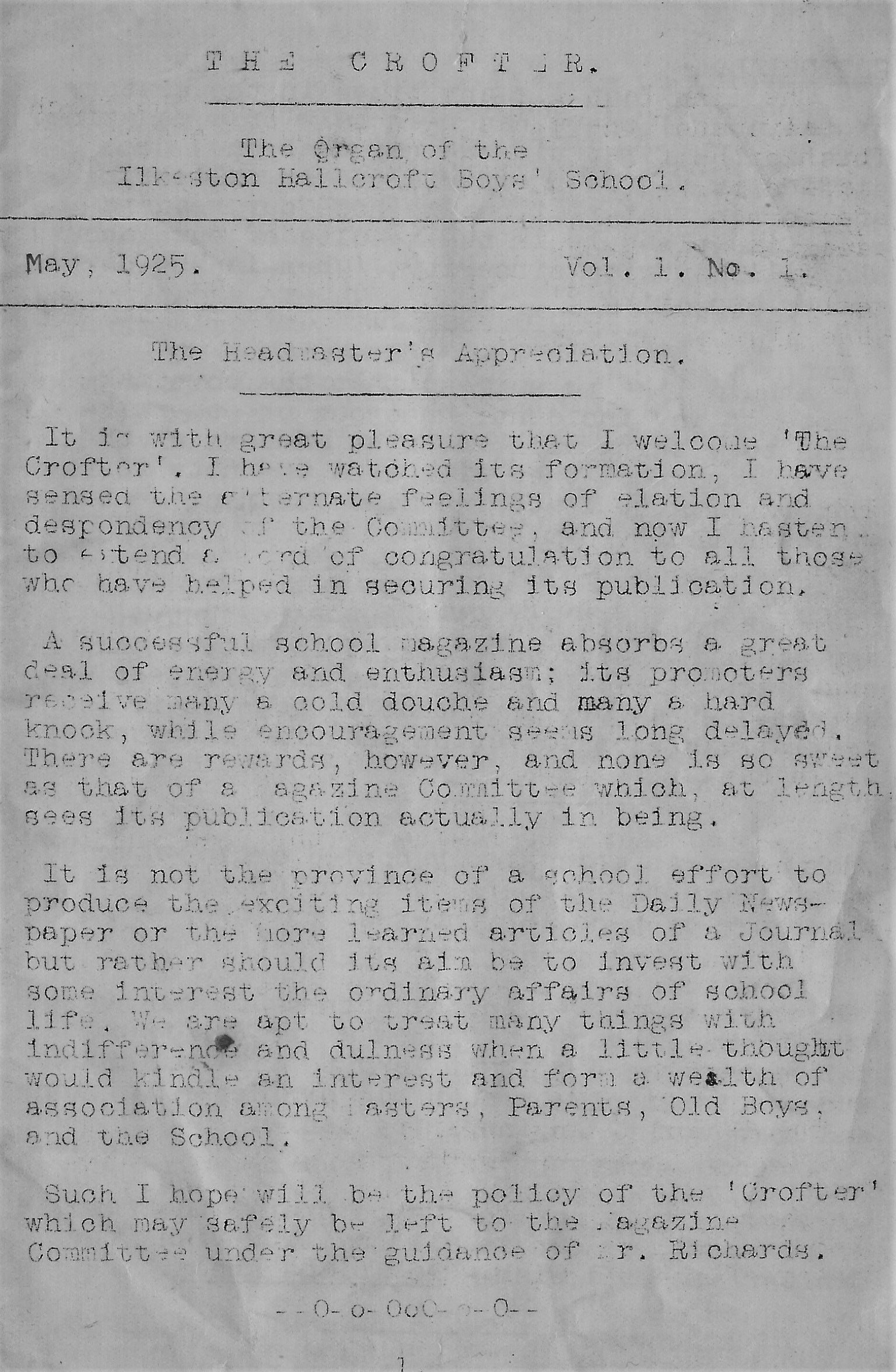 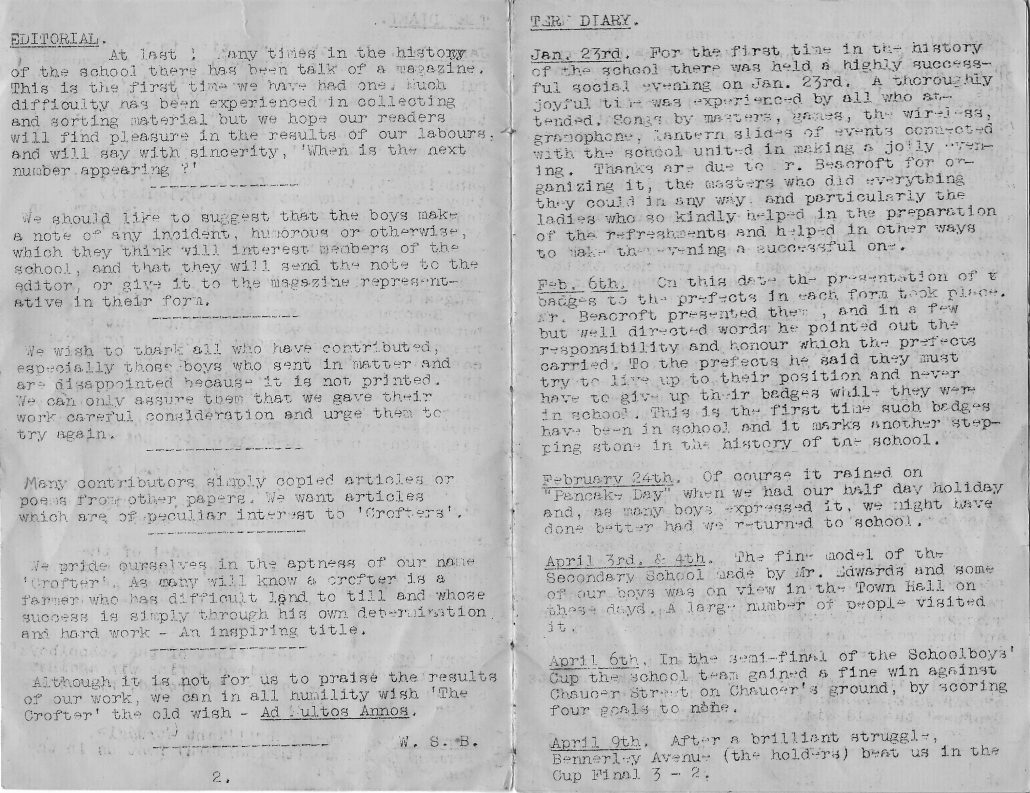 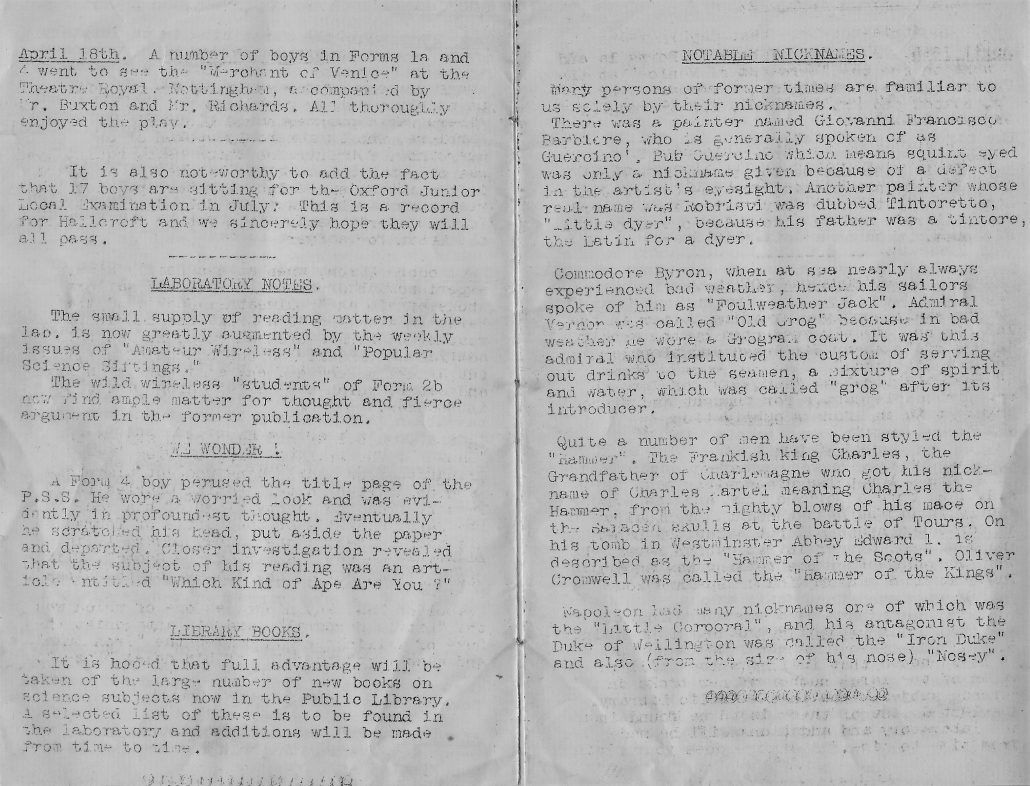 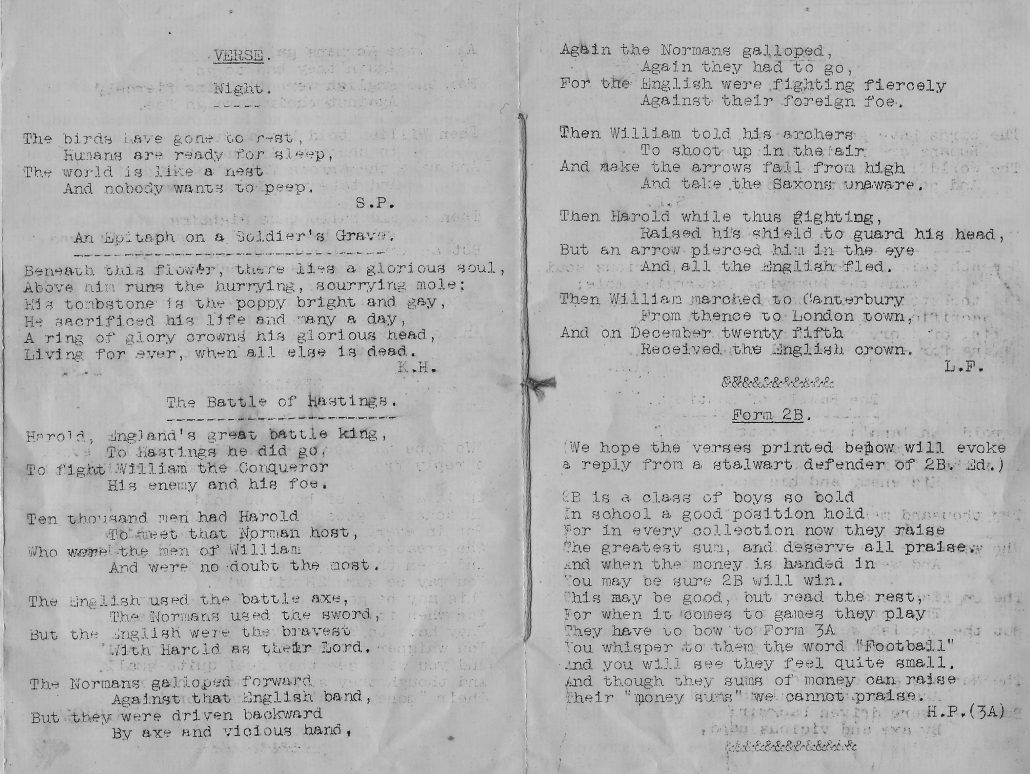 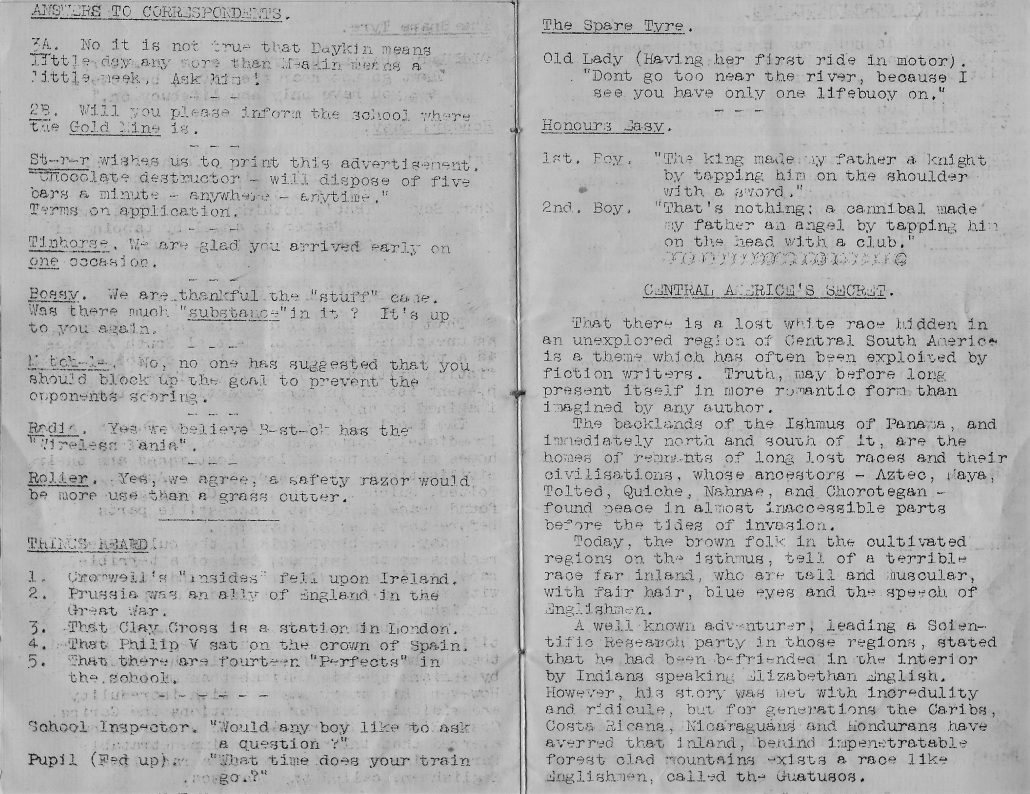 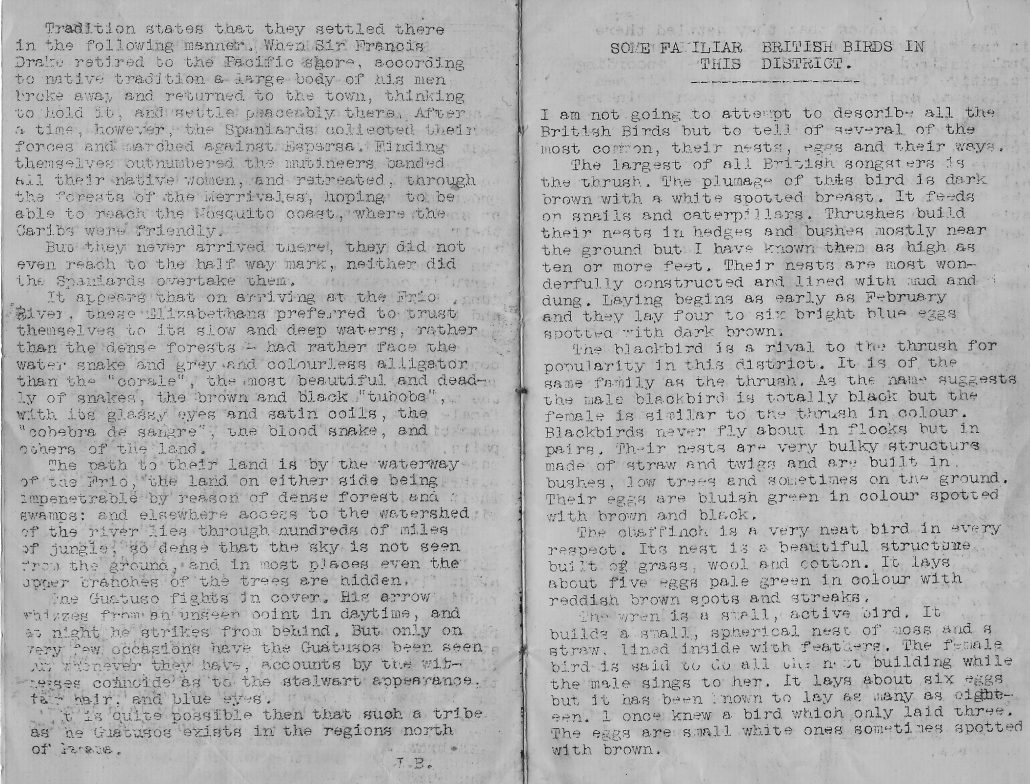 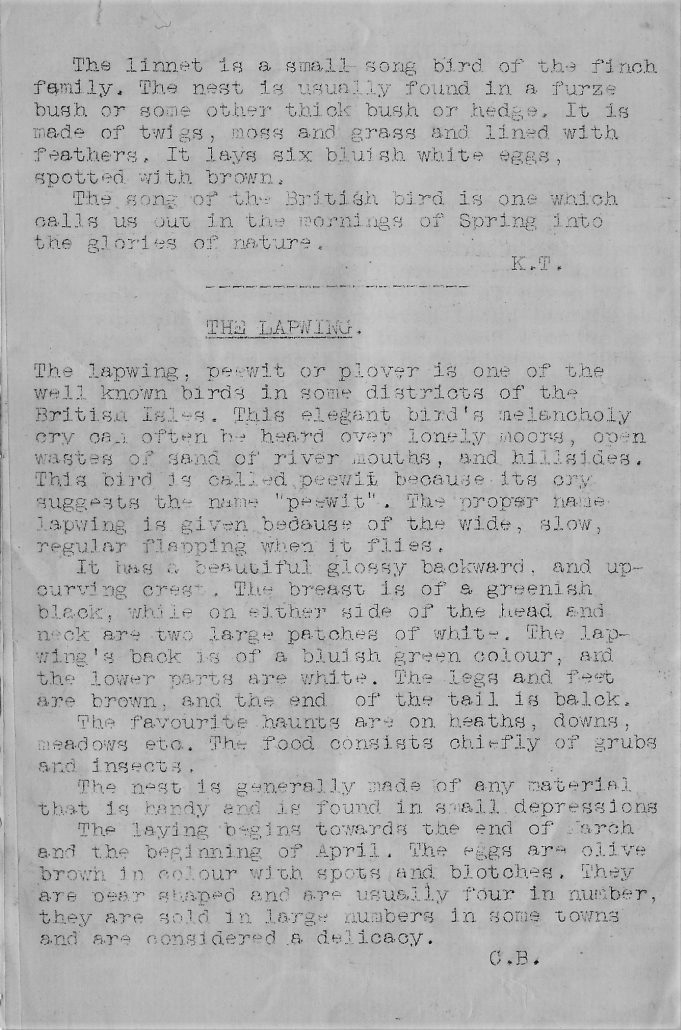 Designed by Ilkeston architect Harry Tatham Sudbury, both Hallcroft Elementary Schools (Girls’ and Boys’) opened in November 1910. The first headmaster of the Boys’ section was John Hunt (1910-1919); Arthur Beacroct (1919-1936) was therefore its second Head. The corresponding Girls’ headmistress was Gertrude Bamber (1910-1919) followed by Ada Lilian Chadwick (1919-1948). The schools catered for pupils aged 7 to 13 (the school leaving age) but by 1924 the oldest pupils were 14 or 15.

You will see mention of school prefects on side 3 — they were introduced in 1920.

The two schools were amalgamated in January 1960. 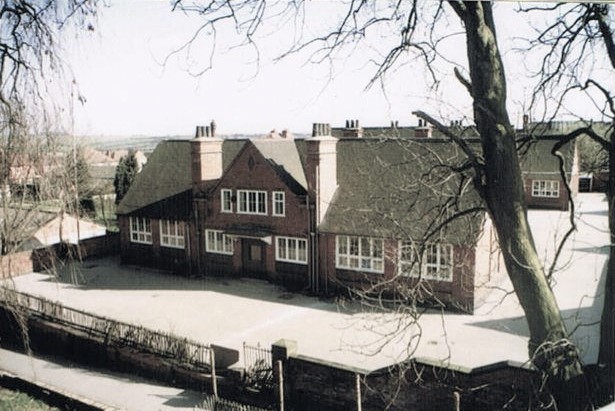 And now we are ready to walk on, to the Market Place