Crisis at the British School

It was in 1870 that Education Acts began to be introduced to ensure the education of young children and to discourage their employment.

The country was divided into School Districts and in those areas where there was inadequate voluntary provision School Boards were to be elected.

A Board could raise rates and use the money to build a ‘Board School’ which had to be non-denominational. Attendance was not compulsory but was left to the Boards to enforce.

School age was from five to under 13, children still having to pay fees although the Board could exempt children if it thought fit. 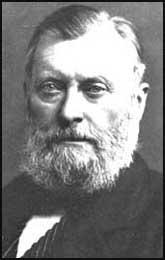 At this time Ilkeston had no School Board.
At the end of October 1873 the British School in Bath Street was shut for a short time after the resignation of the head teacher Wright Lissett.
At a meeting of the managers, subscribers and friends of the school called in late October, secretary Charles Woolliscroft reported that it was ‘absolutely necessary’ to clean, paint and repair the school in order to satisfy the Government Inspector, actions which would mean an outlay of £20. However the school was then in the state of ‘chronic indebtedness’ to the sum of £40 and he put this down to ‘desultory attendance’. There were about 300 pupils on its books but only about half of them attended regularly enough for the school to earn its grant.
Perhaps too many of them were like  Henry Cooper?

In 1872 eight-year old Henry Cooper was one of dressmaker Mary’s three illegitimate children — there were more to follow! — ostensibly living in Nottingham Road but found wandering around Stanton by Dale, squatting in an outhouse there. He attended the Baptist Sunday School but no day-school, worked half-days at a Gallows Inn brickyard when the inclination took him, and his ‘widowed’ mother was unable to provide for him. That is the background heard at Ilkeston Petty Sessions by Colonel Newdigate who thought that parents were now obliged to send their children to school. When told that Ilkeston had no School Board he declared that it ought to have, as the present case demonstrated.
Mary promised to send Henry to school and so he was discharged.

At the time of this October meeting the government Education Department had assessed that Ilkeston required an additional 750 school places to meet its growing population needs. Charles Woolliscroft was convinced that the establishment of a School Board with compulsory powers was the only sure way to meet the town’s educational requirements and he hoped that this was coming soon. The  meeting reluctantly therefore decided that the best course of action was to shut the British School and await future developments.

The ‘Church Party’ responsible for the National Schools was vehemently opposed to the formation of a School Board and had set in train actions to fill any deficit in school places. (See the New National Schools on the Cricket Ground).

The British School’s October closure lasted less than two months.
Charles Woolliscroft and two colleagues went to London where they met with William Forster, Vice-President of the Committee on Education, and officials at the Education Department but they were told that there was very little hope of a School Board being established at Ilkeston in the immediate future.
Consequently, at another meeting in early December 1873, to avoid the whole parish being occupied by Church Schools, the British School’s managers, subscribers and supporters resolved that –

Adeline is recalling her school days …. “Mr. Lissett’s successor to the headship of the British School was Mr. Fred Daykin, second son of Mr. Richard Daykin, who was for many years one of the superintendents of the Old Cricket Ground Chapel Sunday School, Mr. Samuel Carrier being his Colleague”.

NOTICE !    REOPENING OF THE BRITISH SCHOOL

THE COMMITTEE are thoroughly Repairing, Cleaning, and Painting the above Schools, and the Public are informed that they will be Reopened ON MONDAY JANUARY 5th, 1874.
Mr. H. F. Daykin has been appointed Master, and it is hoped all the old scholars will be in attendance on that day.
W N CROCKETT,  Secretary.

And so on Monday, January 5th 1874 the British School was reopened, but not before it had been thoroughly cleaned and re-coloured by Henry Clemerson, painter and decorator of South Street  — one door below the Post Office!!
Youngest child of Little Hallam joiner Richard Daykin and Ann (nee Clemerson), Henry Frederick Daykin had been appointed as its headmaster and upwards of 150 scholars attended.
And at the end of that year the report on the school by Her Majesty’s Inspector showed it to be ‘in an excellent state of efficiency’, reflecting well on the hard work of its master.

The corresponding report in 1875 offered similar encouragement to the school:
“The Infant classes are very well taught, and a large amount of very good standard preparation was observed, especially in the lower classes. The order is very good, the children being quiet at their work, and smart in their movements”.

One thing that may have contributed to their ‘smartness’?
“I remember a boy being kept in school after hours for inattention to his lessons. Geography had been the subject, the particular portion of which was related to the rivers.
“Now tell me” said Mr. Daykin to the boy, “the name of a river running through Ilkeston”.
“Potter’s Cut”, promptly replied the boy, and he as promptly received a cut from the cane for his answer”. (Sheddie Kyme)

In January 1876 Henry Frederick received his ‘certificate for the first division of the first class’ from the Education Department together with a testimony that he “maintains good discipline, and both by his manner and intelligence, is fitted for his post”.
He was then aged 23.

There appears to have been some rivalry and animosity between the pupils of the British and National schools.
In winter, snowball ‘encounters’ between these ‘Britishers’ and ‘Nationalists’ occurred up and down Bath Street, with workmen joining in; in summer, sticks replaced snowballs resulting in contests so fierce that on one occasion the police were called to intervene.
A former pupil of the National School at the Butter Market recalled the rivalry.
“The snow-balling contests (were) carried on with a vigour which those who took part in them will never forget. The fortunes of war were not always on one side. At one time the British (School) would carry all before them, and drive their opponents to the very doors of their citadel. At another time the Church lads (of the National School) swept the ‘Junction’ (as the Market-place was then generally called), and rushed down Bath-street only to receive a sudden check when the retiring forces were reinforced by the youths working at Carriers’ factory, who always threw in their lot with the British’. (in IP 1900)

and now The new National Schools at the Cricket Ground