Betty Birch married Benjamin, the son of Joseph Hollingworth and Martha Porter of the Poplar Farm at Dale Abbey,  in January 1811 at All Saints Church, Kirk Hallam. Betty died in April 1815 and was buried at the same church. 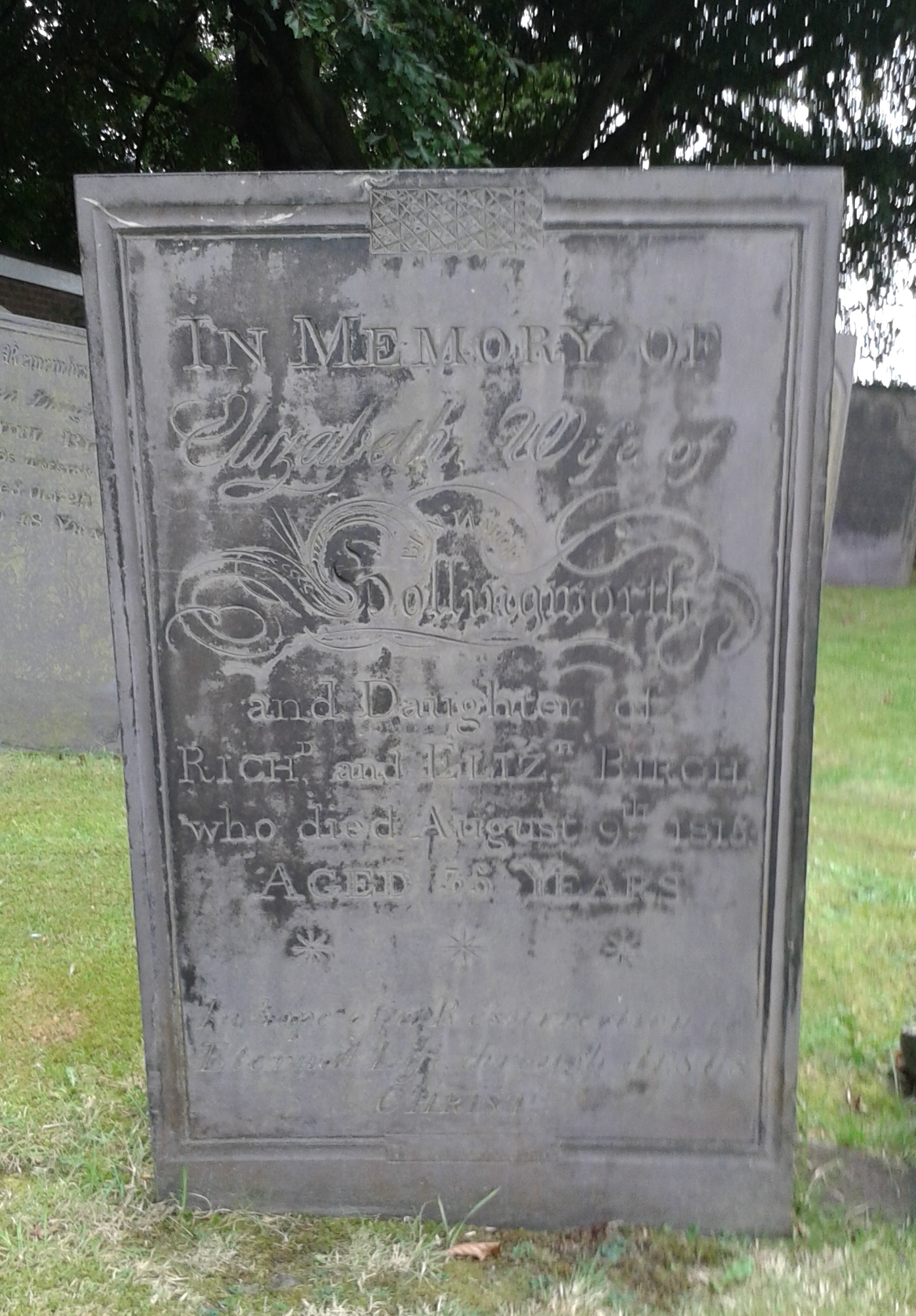 Betty’s grave can be found close to the churchyard main gates, on the left-hand side of the path leading to the Church entrance.
(In memory of Elizabeth, wife of Benjamin Hollingworth and daughter of Richard and Elizabeth Birch, who died August 9th 1815, aged 35 years)

Benjamin had been baptised 24 April 1786 at Dale Abbey. He traded as a carpenter and lived with the Hancock family of Bridge House at Kirk Hallam in 1851. (Julia Hancock (nee Daykin), the wife of William Hancock of Bridge House, was the niece of Betty Hollingworth).

He died in January 1860 and was also buried at Kirk Hallam Church.

We now move on to examine Benjamin’s immediate family at Dale Abbey.