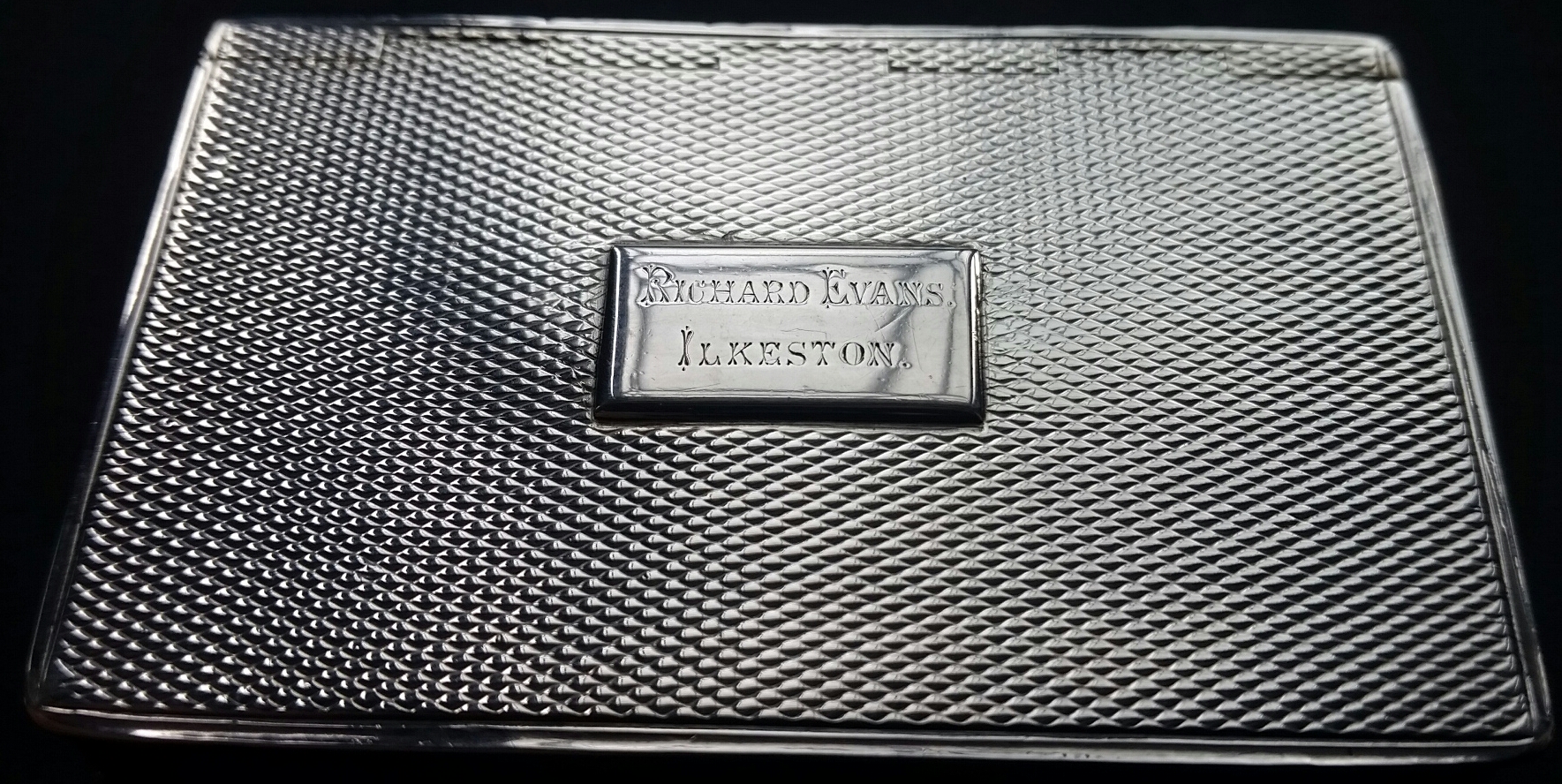 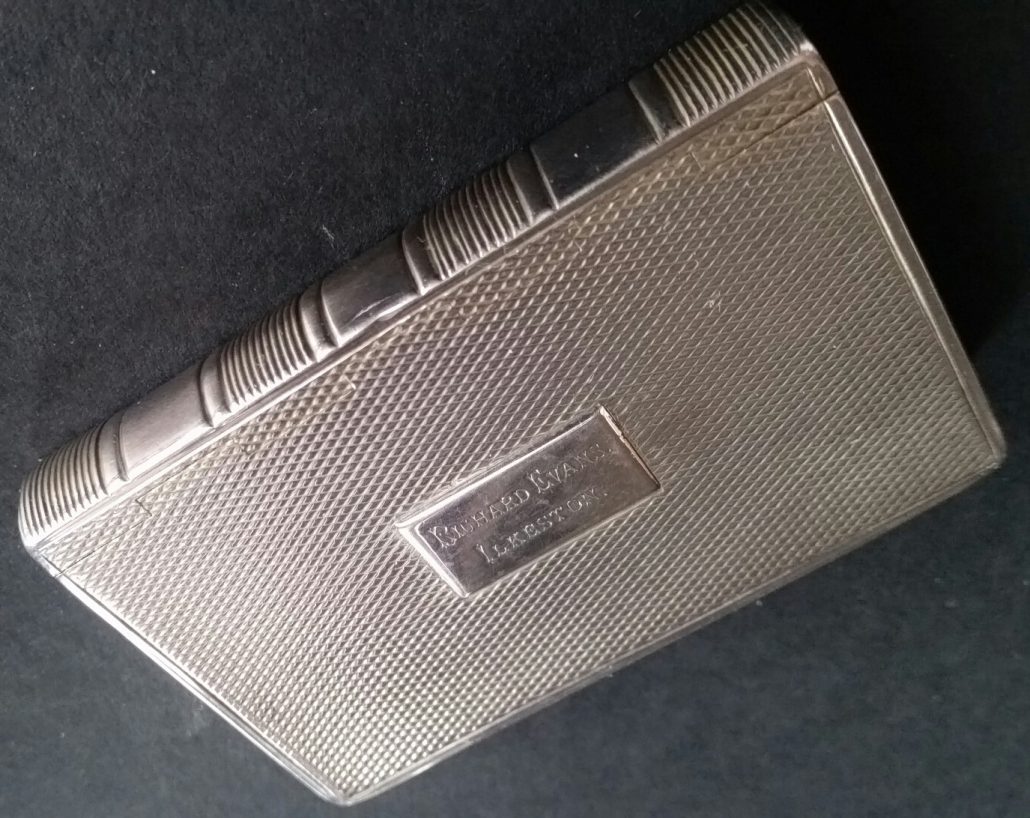 I bought the snuff box at a fine art auction in Nottingham in the mid-1980s but unfortunately no provenance was given in the catalogue. However,  I have no doubt the Richard Evans inscribed on the tablet is the same Richard Evans of Ilkeston Pottery. It is hallmarked 1835 and so would have been sold that year or shortly after. It’s in the form of a leather bound book and has a gilt interior (but was virtually black from old snuff when I bought it). To give an idea of size, it’s 2.75 inches in length 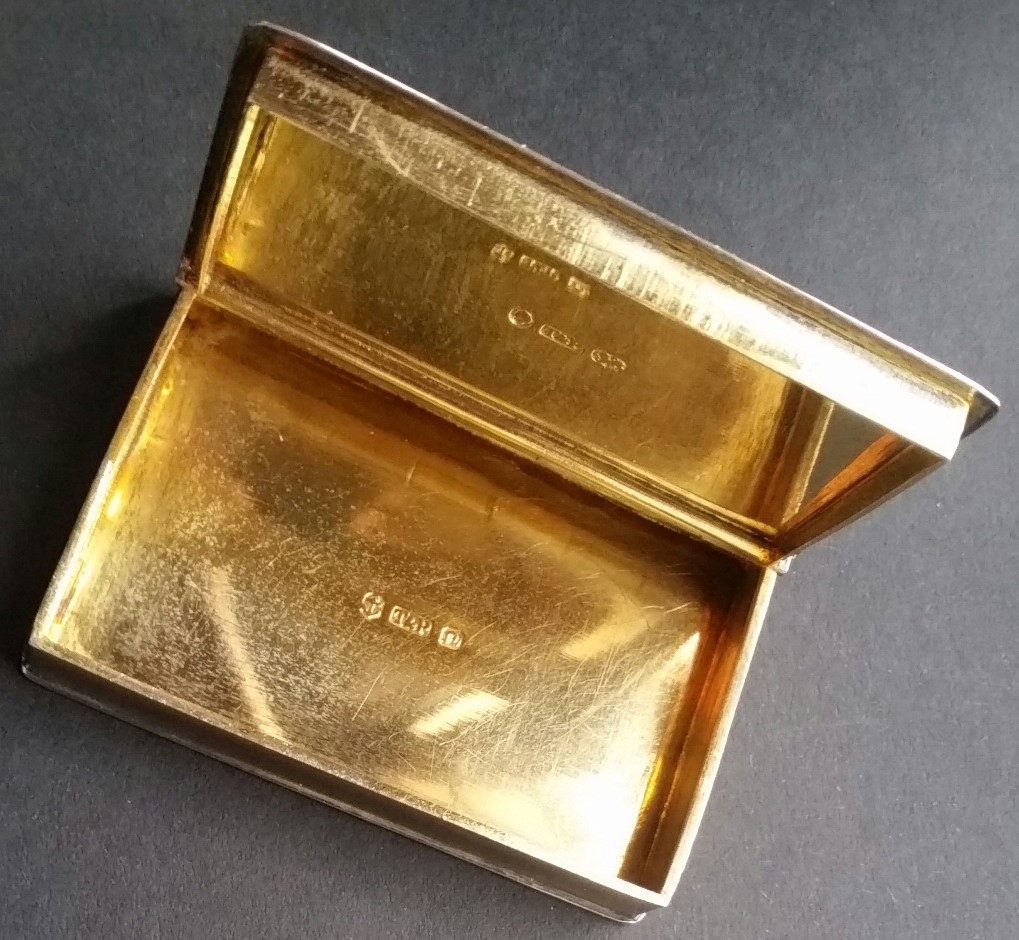 I have a salt glazed stoneware inkwell made by Amos Potter. Underneath you will see it has been inscribed ‘Amos Potter / Ilkeston / August 2nd 1845’. 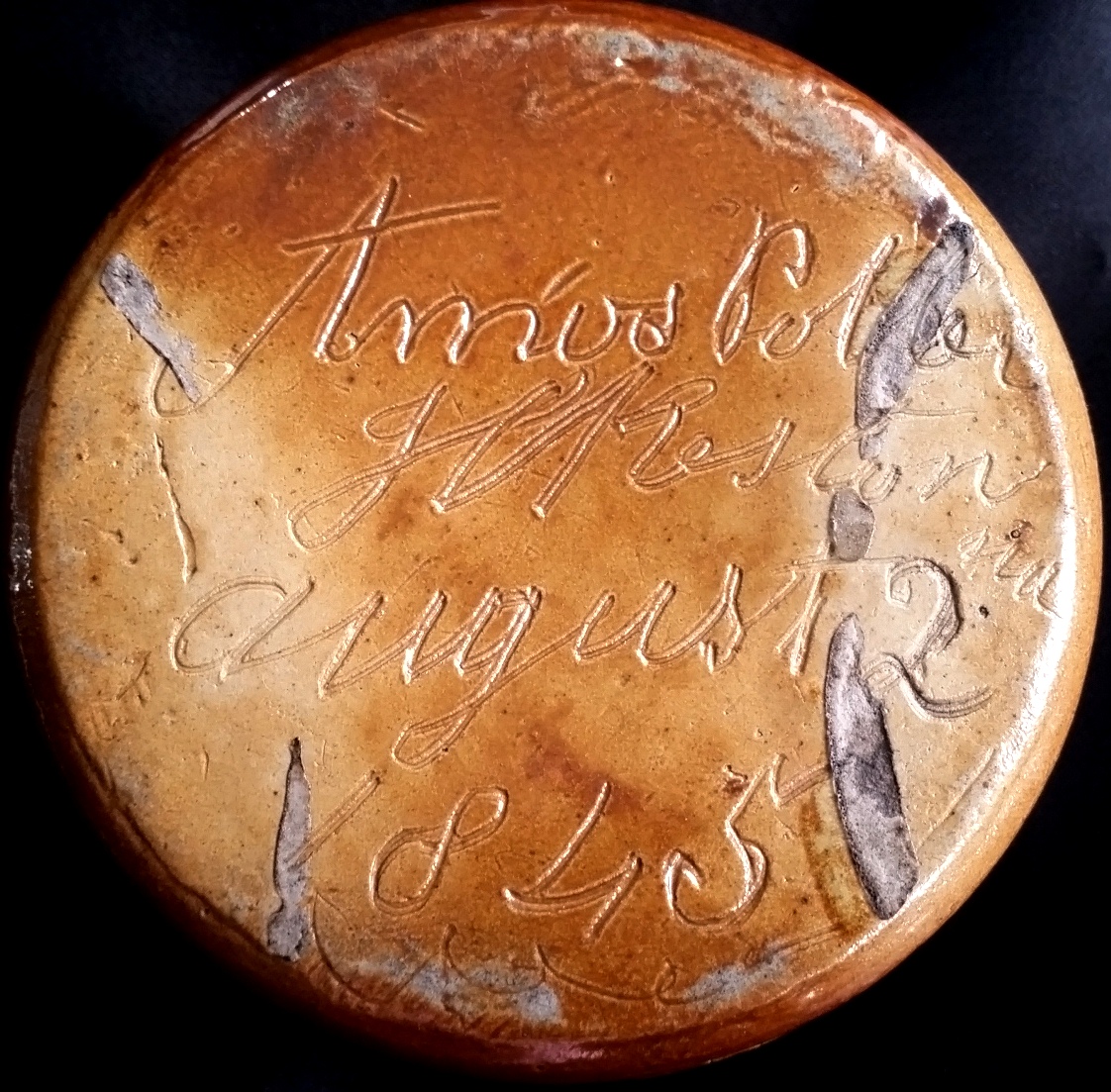 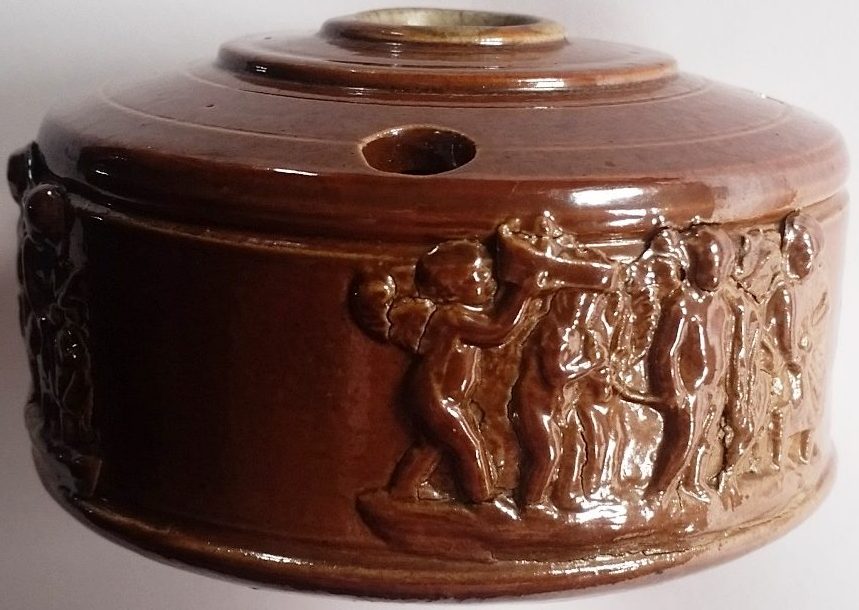 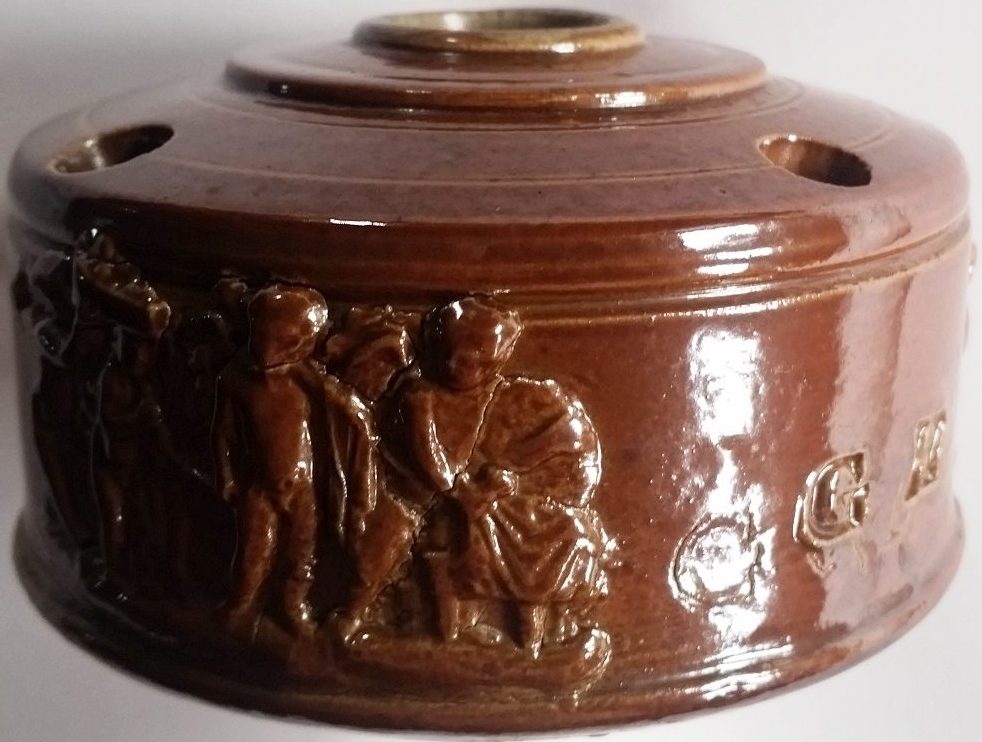 I also have a puzzle jug (below) inscribed underneath ‘W Hibbert / maker / Ilkeston’ which is also almost certainly an Ilkeston Pottery product too. It is dated August 2nd 1852 as part of the inscription; ironically exactly 7 years after Amos made the inkwell. Puzzle jugs were very popular in the early Victorian era and the trick was to drink out of the jug without spilling any liquid. Not easy until you realise that you have to cover all but one of the spouts and also cover the very tiny hole under the top part of the handle to be able to suck through the remaining spout. 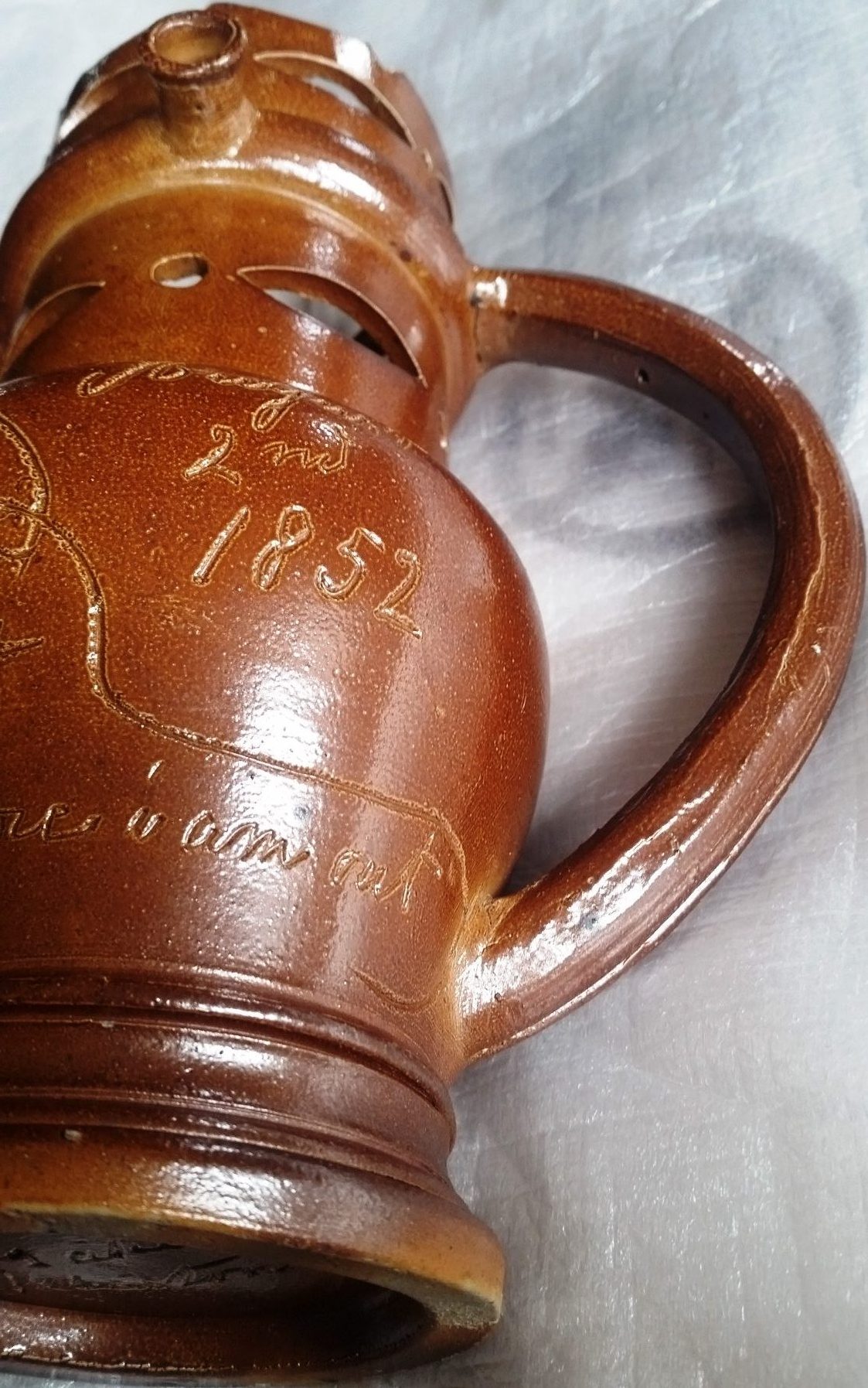 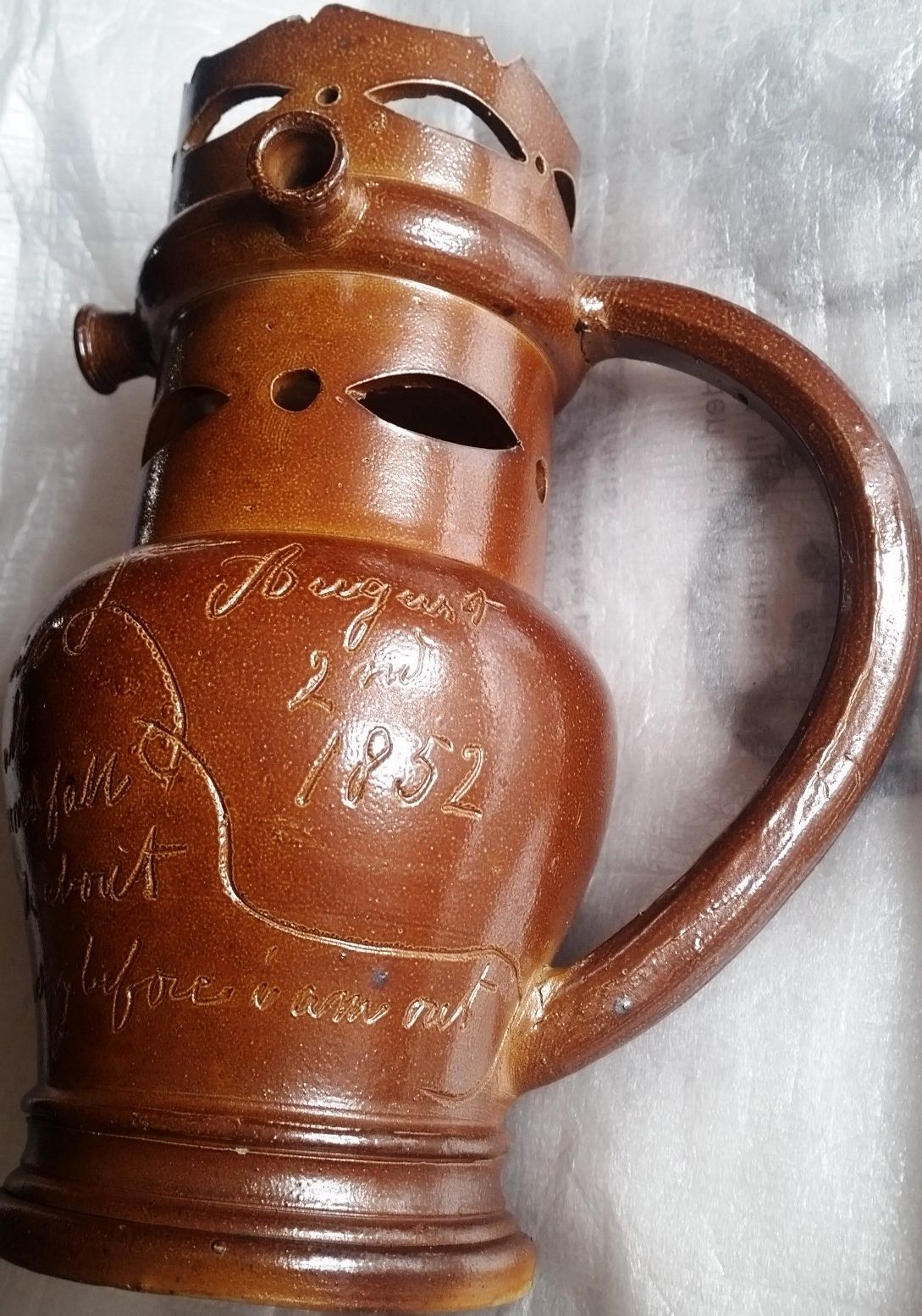 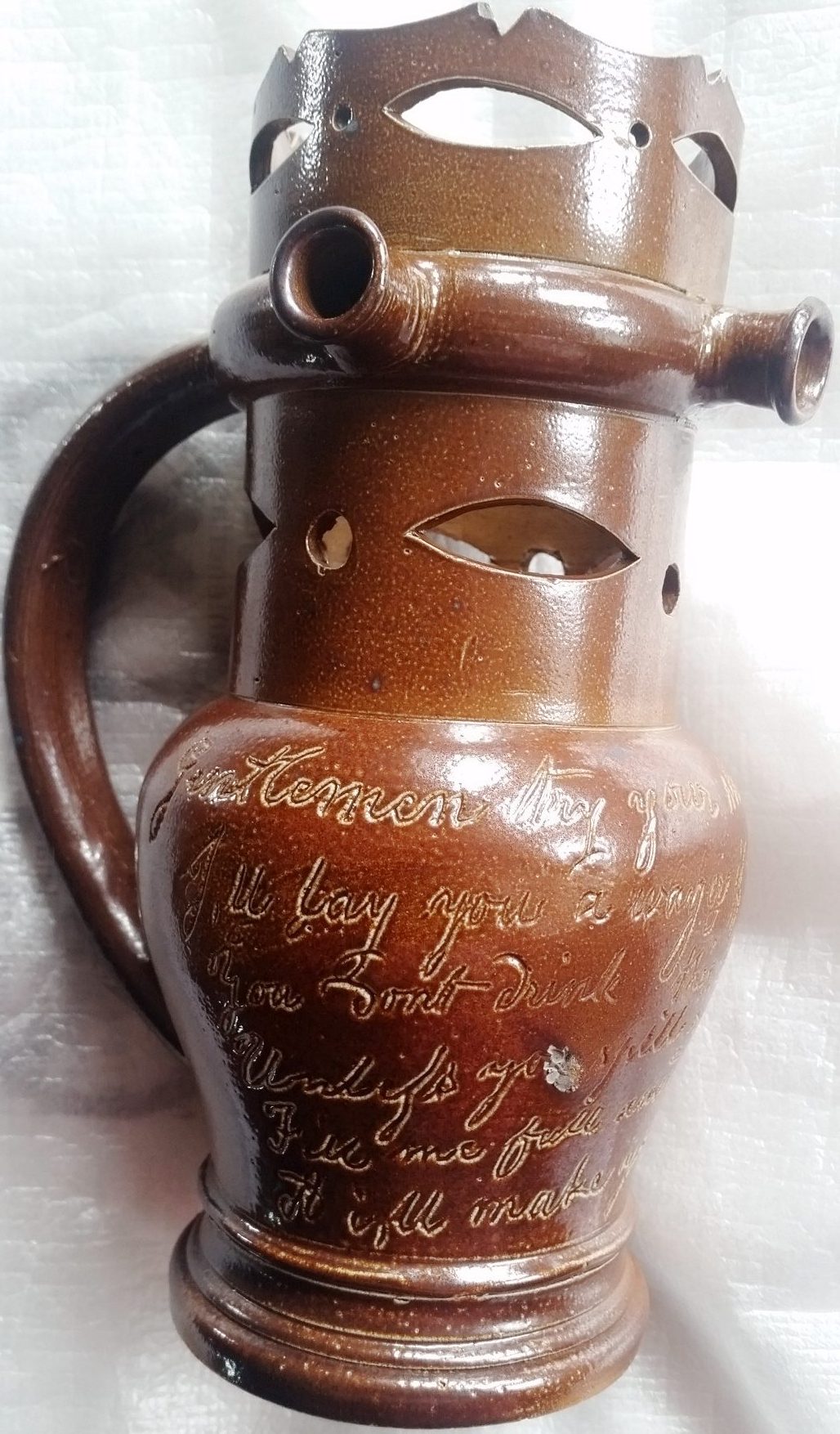 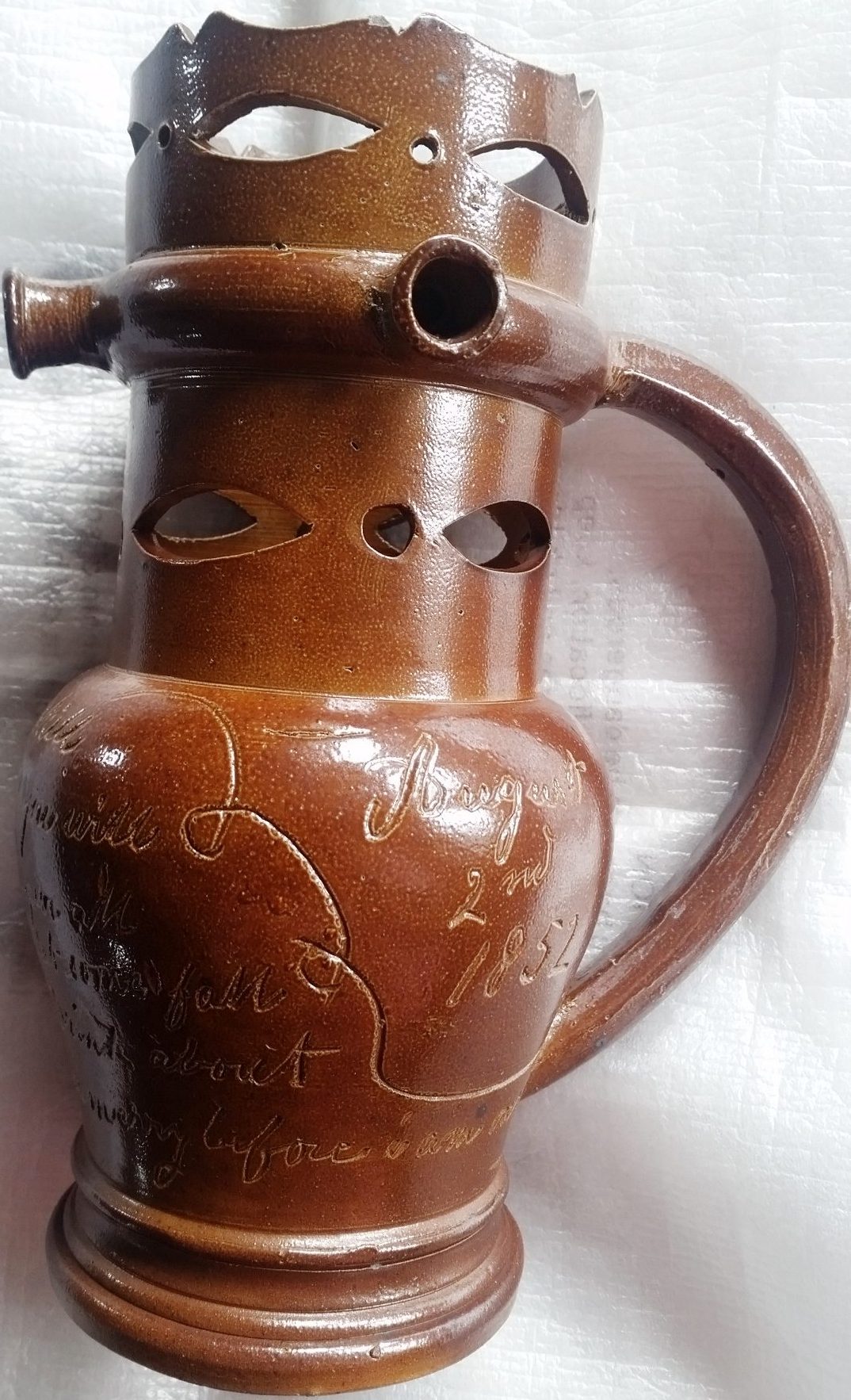 And here are a few more examples which I found online (Dave) .. 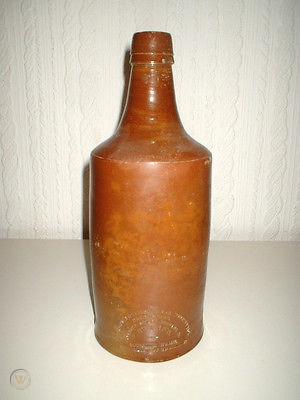 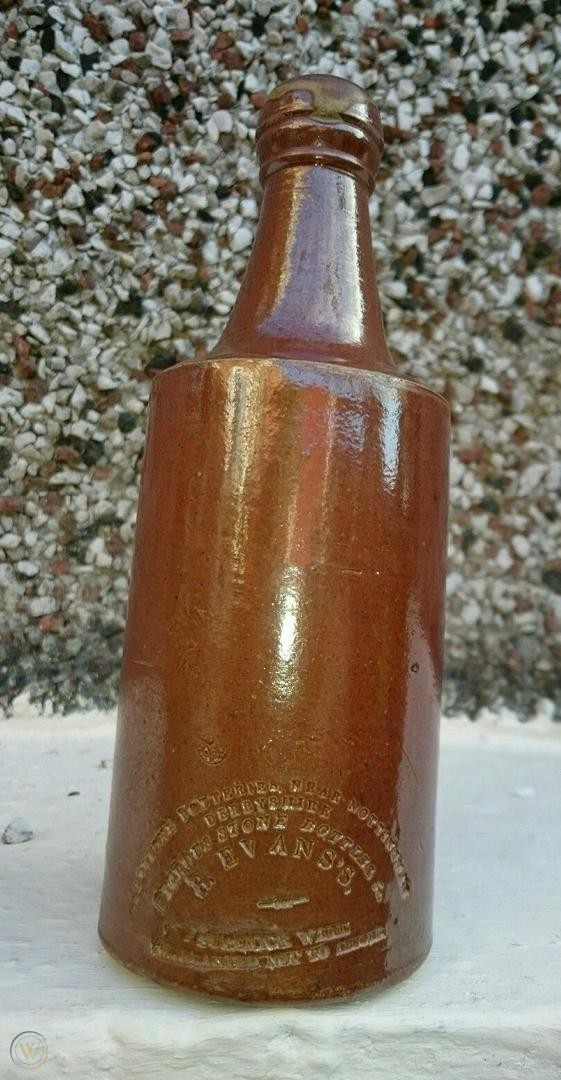 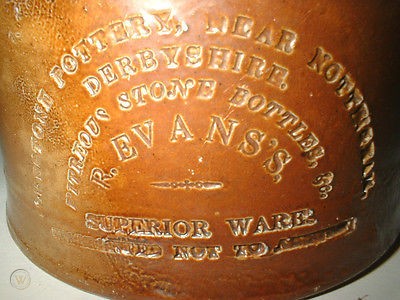 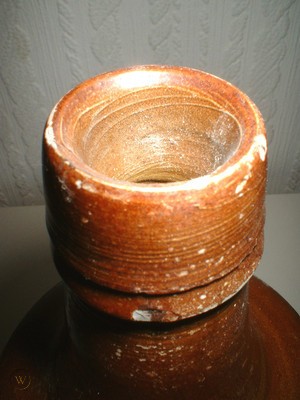 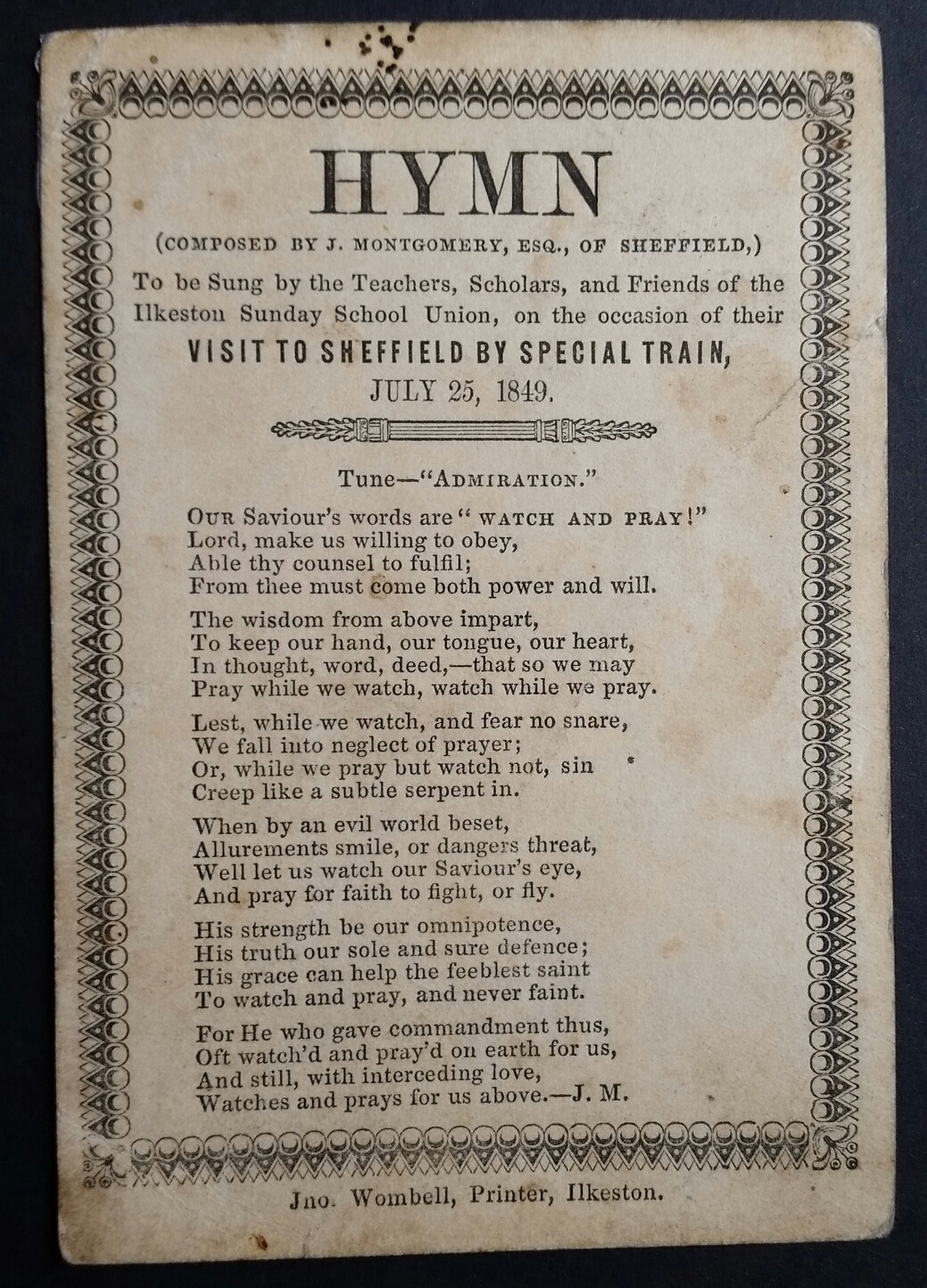 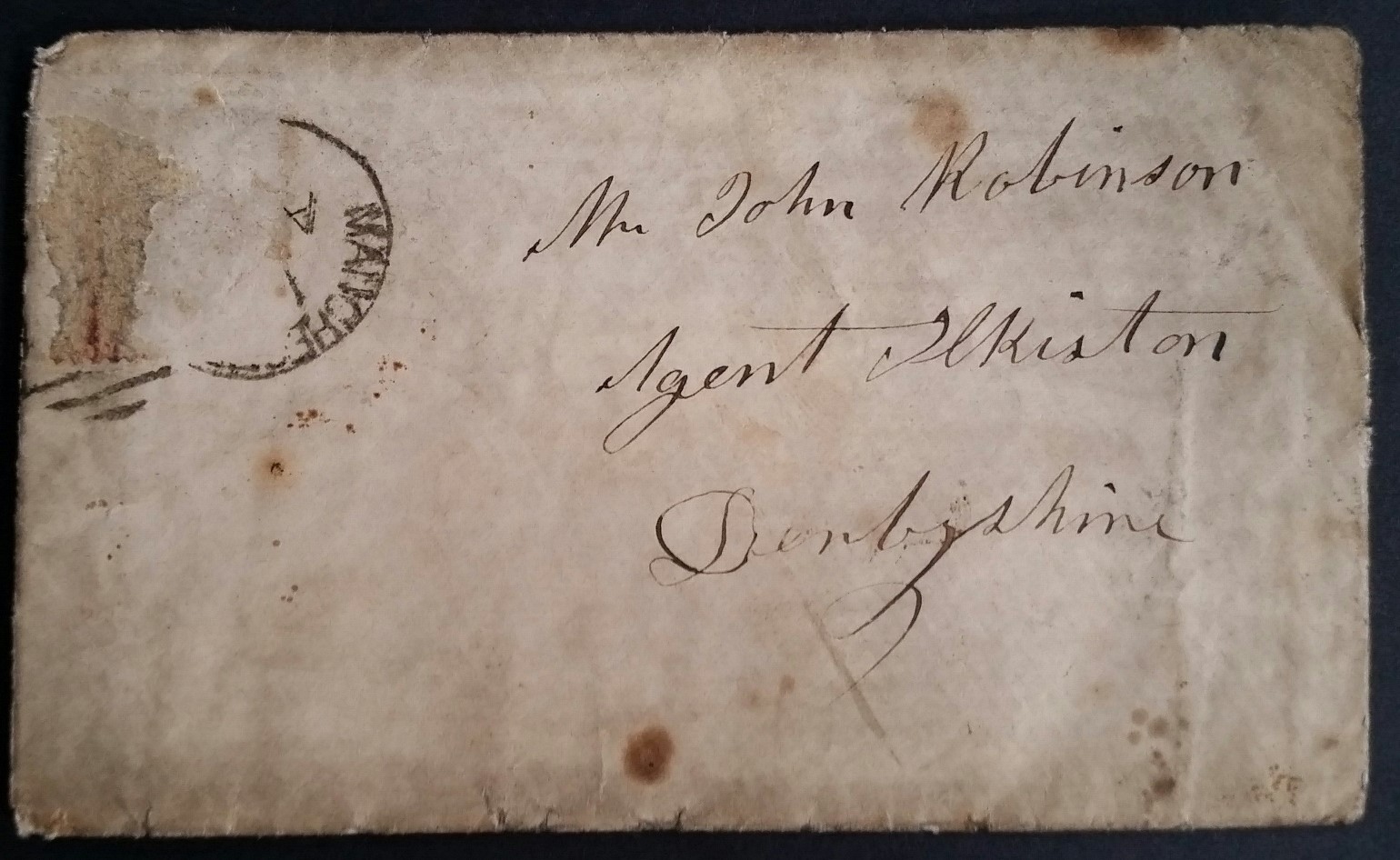 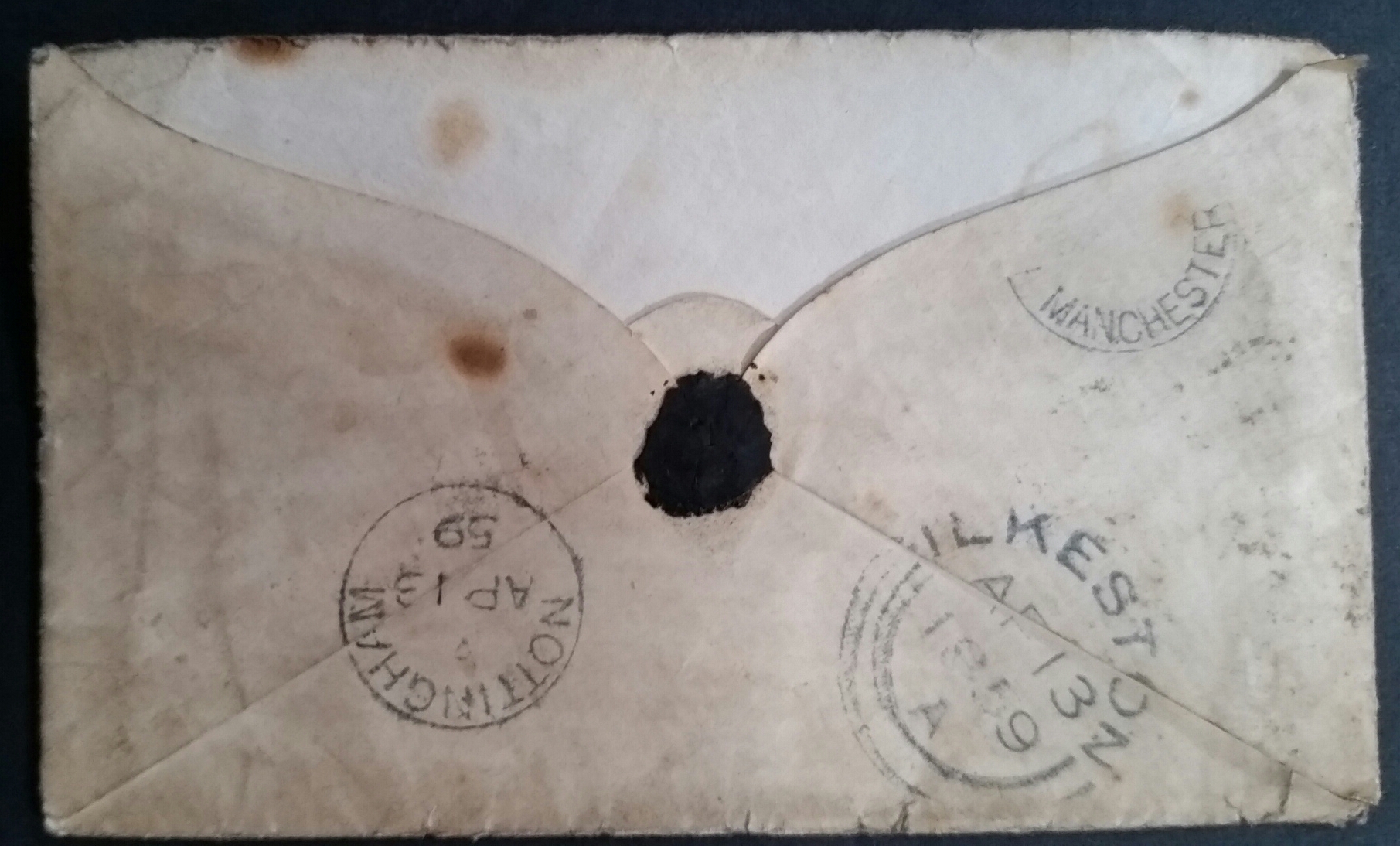 A billhead for Ilkeston Pottery, 1865 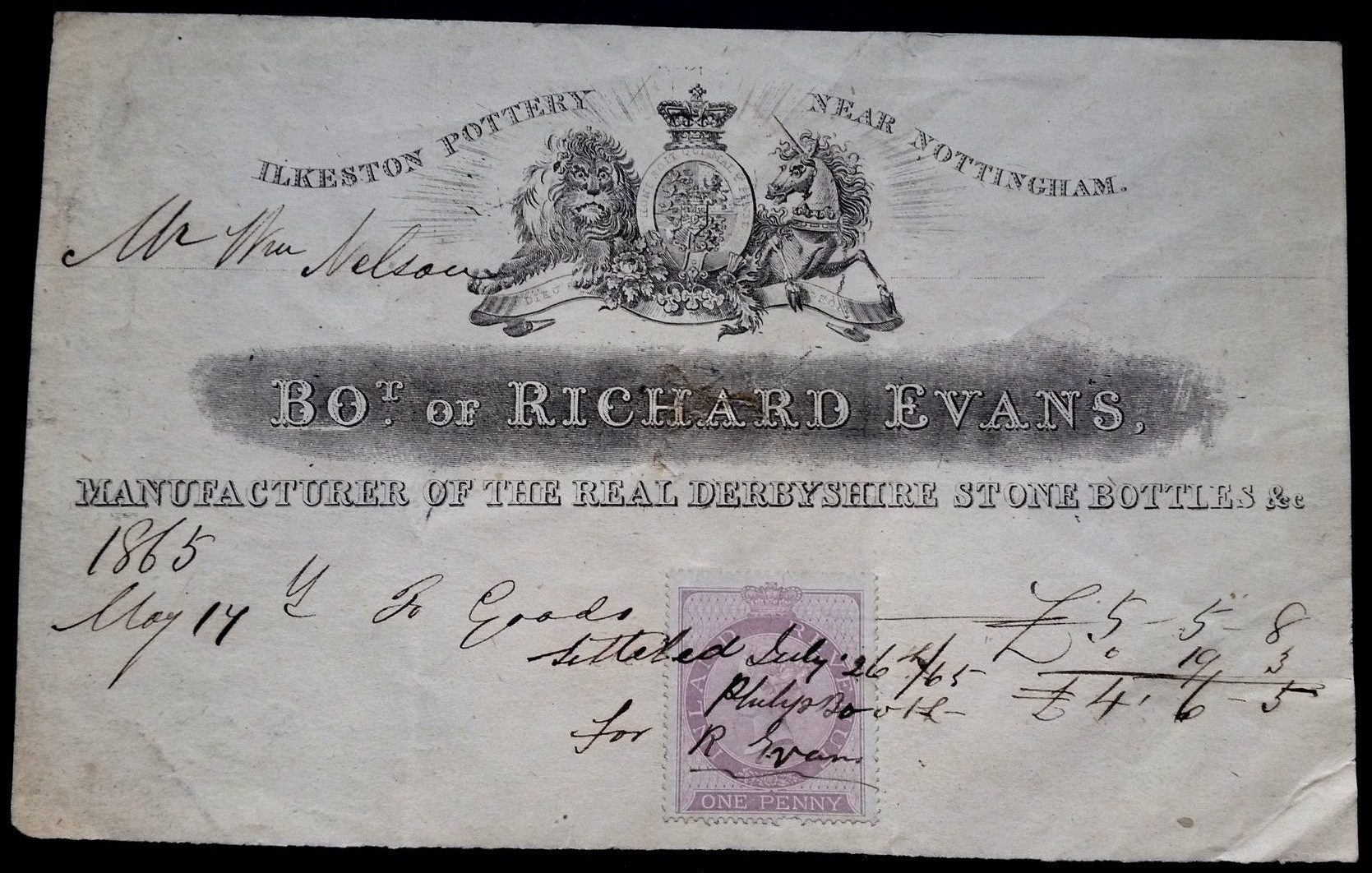 Travel and entry to  Ilkeston Baths 1865 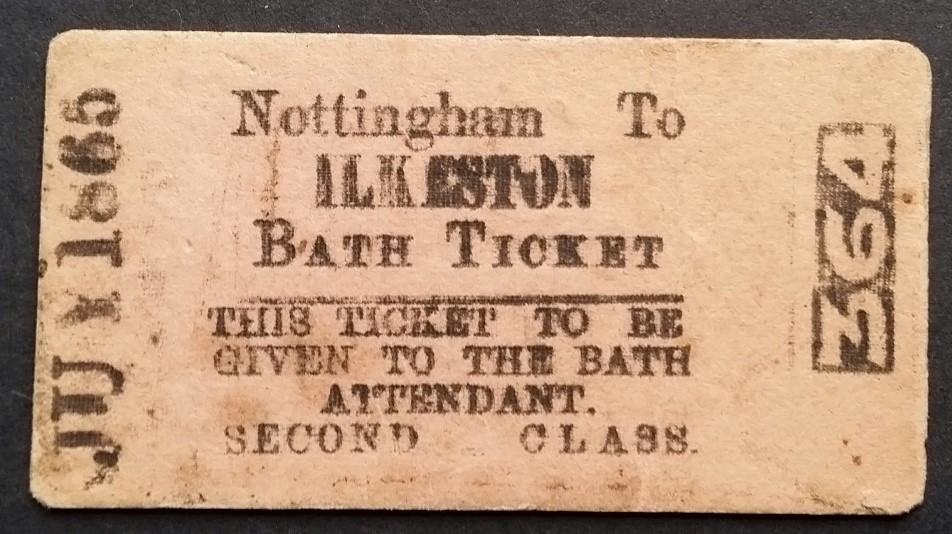 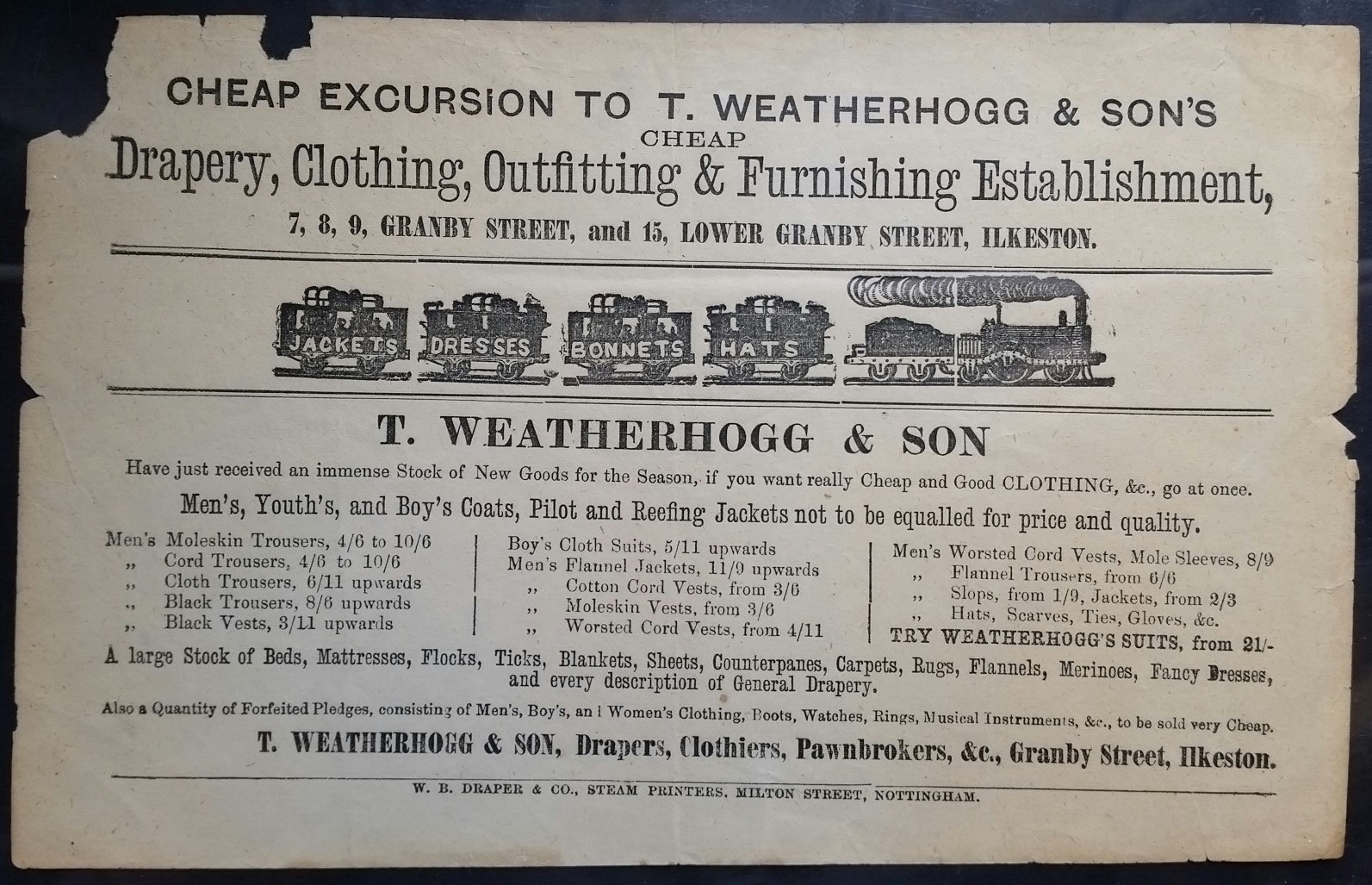 The journey must have been very uncomfortable in the 3rd class open carriages with wooden benches (the tubs)in which they probably made the trip, but I suppose this wouldn’t have been noticed in all the excitement. 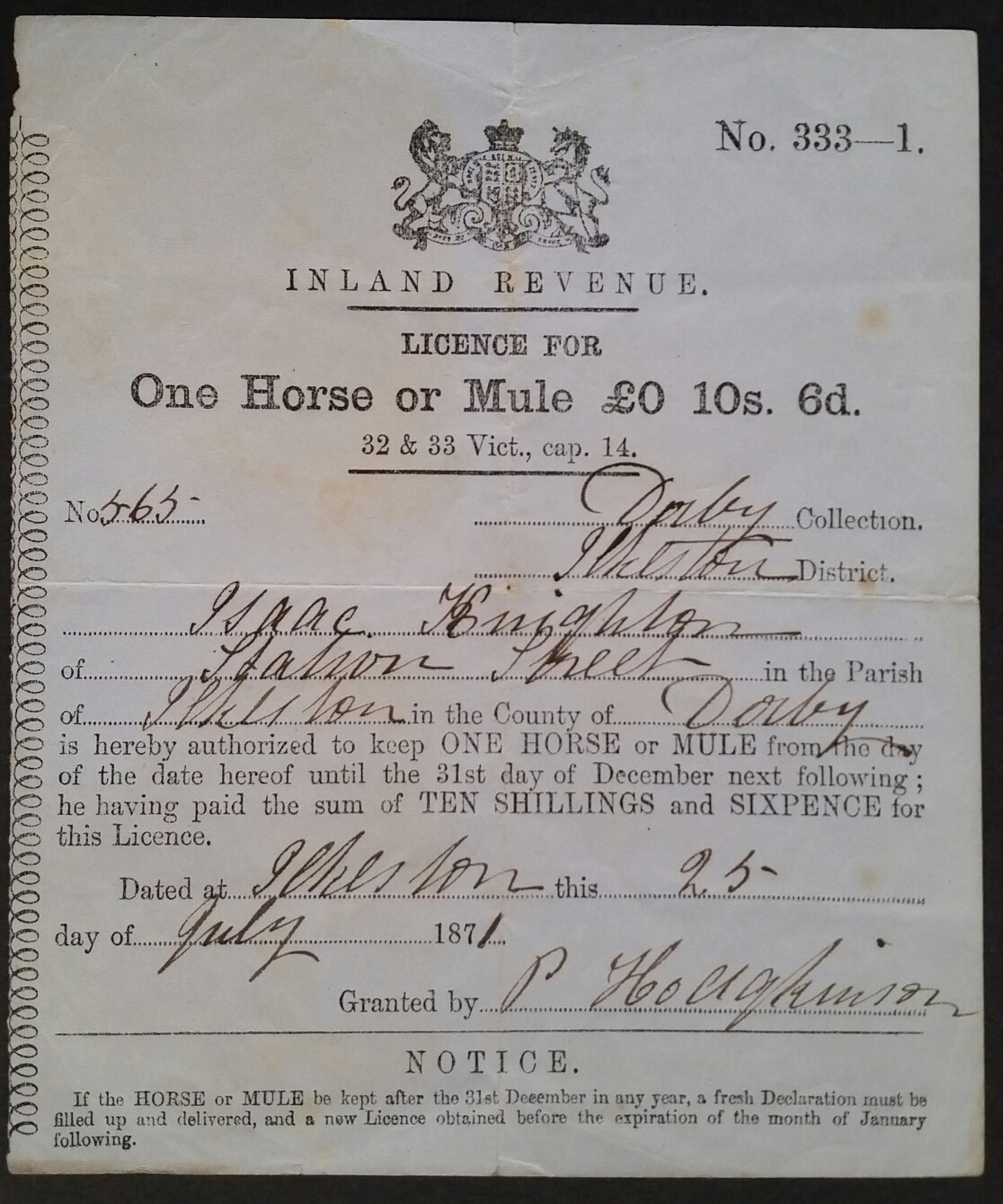 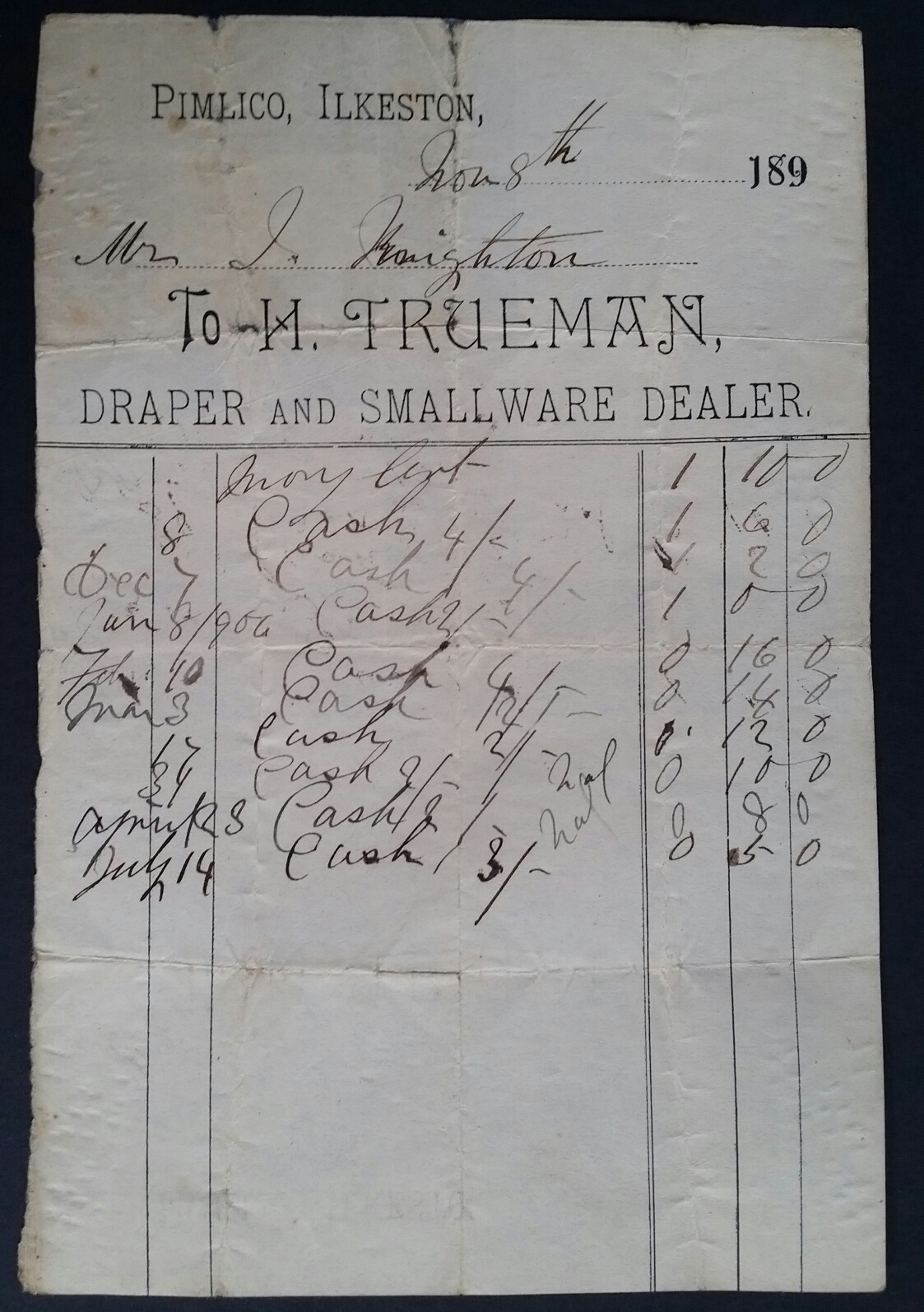 An advert. for Woolliscroft’s shop from Illustrated Derby, dating from the 1890s.
I also have the last invoice they issued back in 1937 (I think) before closing. 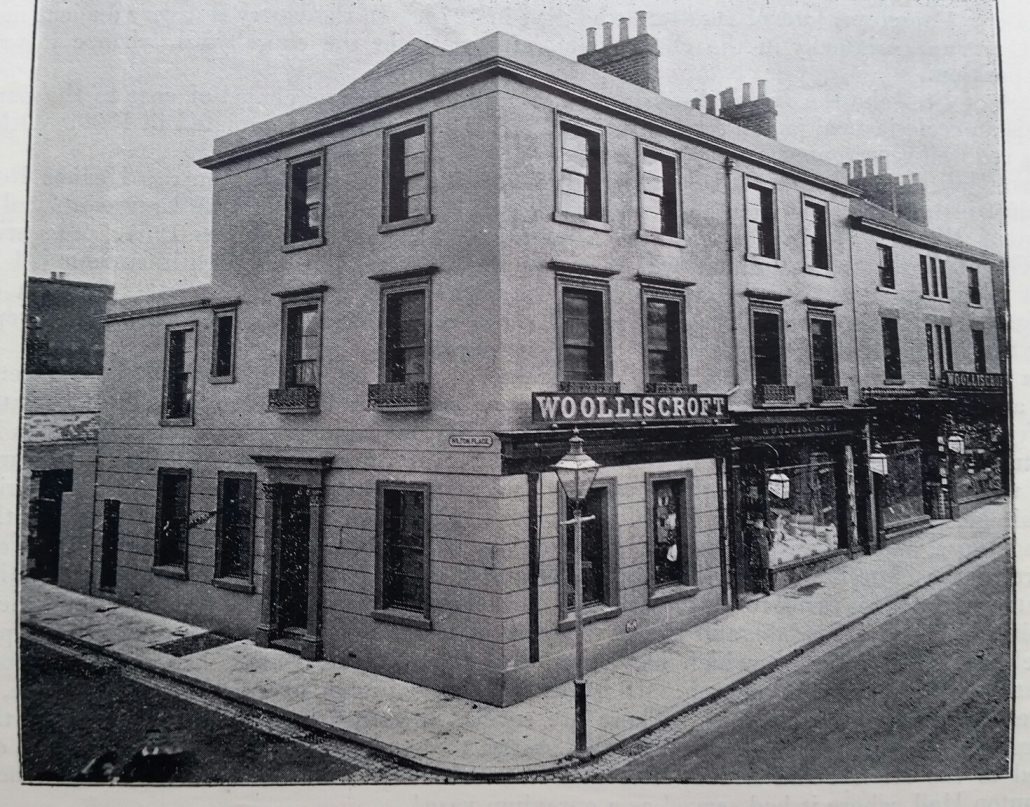 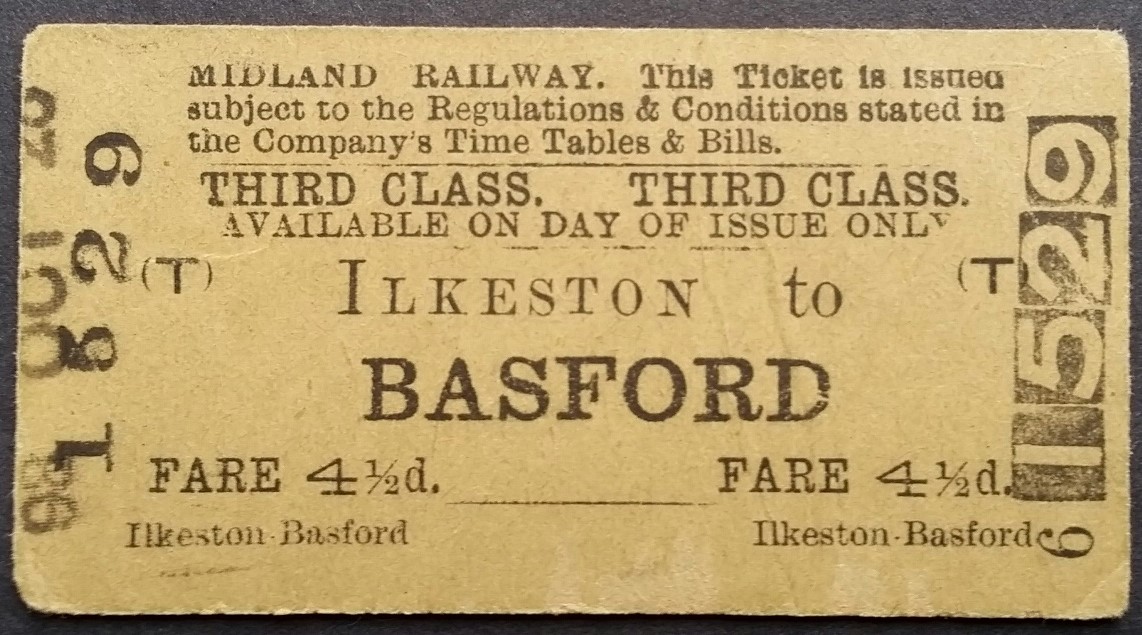 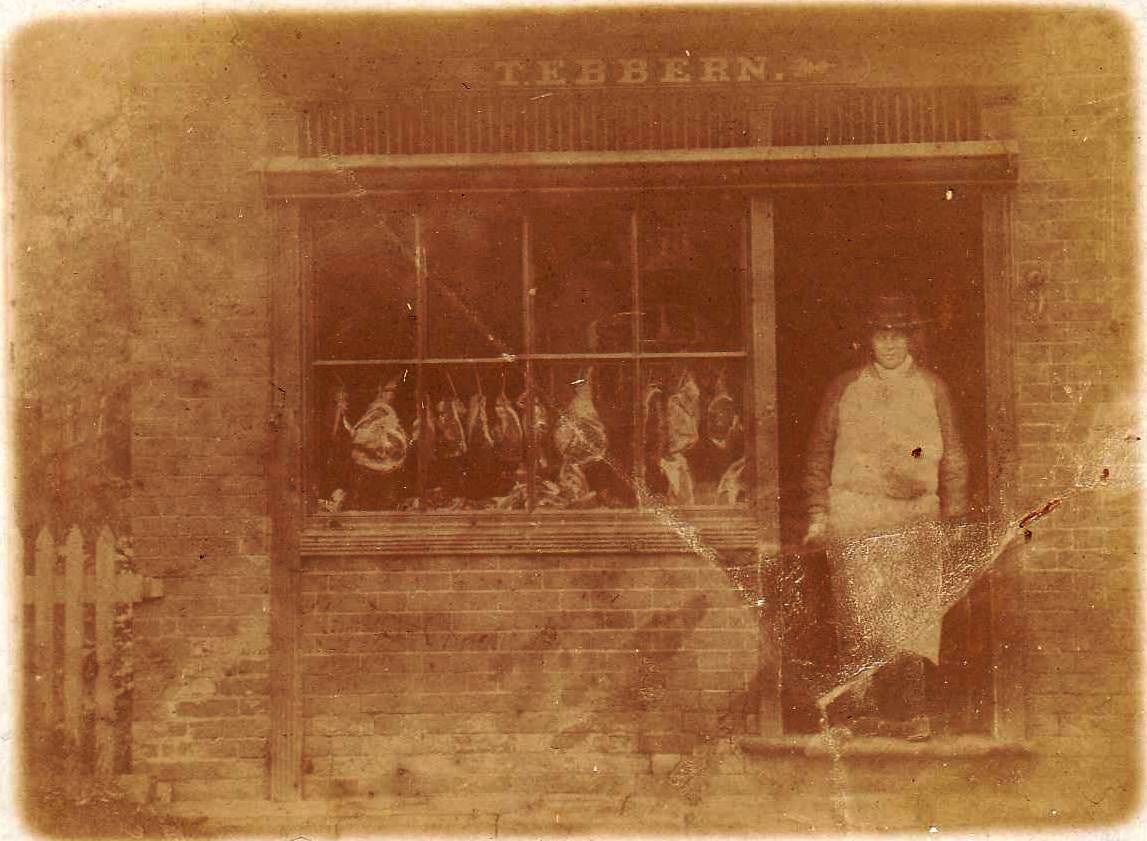 I have a number of local trade directories and checked through these and Thomas Ebbern was trading from 114 Bath Street from at least 1893 to 1900 which I think would be where Northgate Street meets Bath Street. However, the photograph doesn’t appear to show the gradient you would expect which is a bit of a puzzle. The corner of Northgate Street/Bath Street was re-developed just before 1900 (evident from the date stone on the corner building where I think 114 Bath Street is) and so I think this postcard which I estimate was published around 1910 was copied from an old damaged photo possibly from the early 1890s. Apart from the lack of a gradient being evident, I wouldn’t really doubt it could be 114 Bath Street. 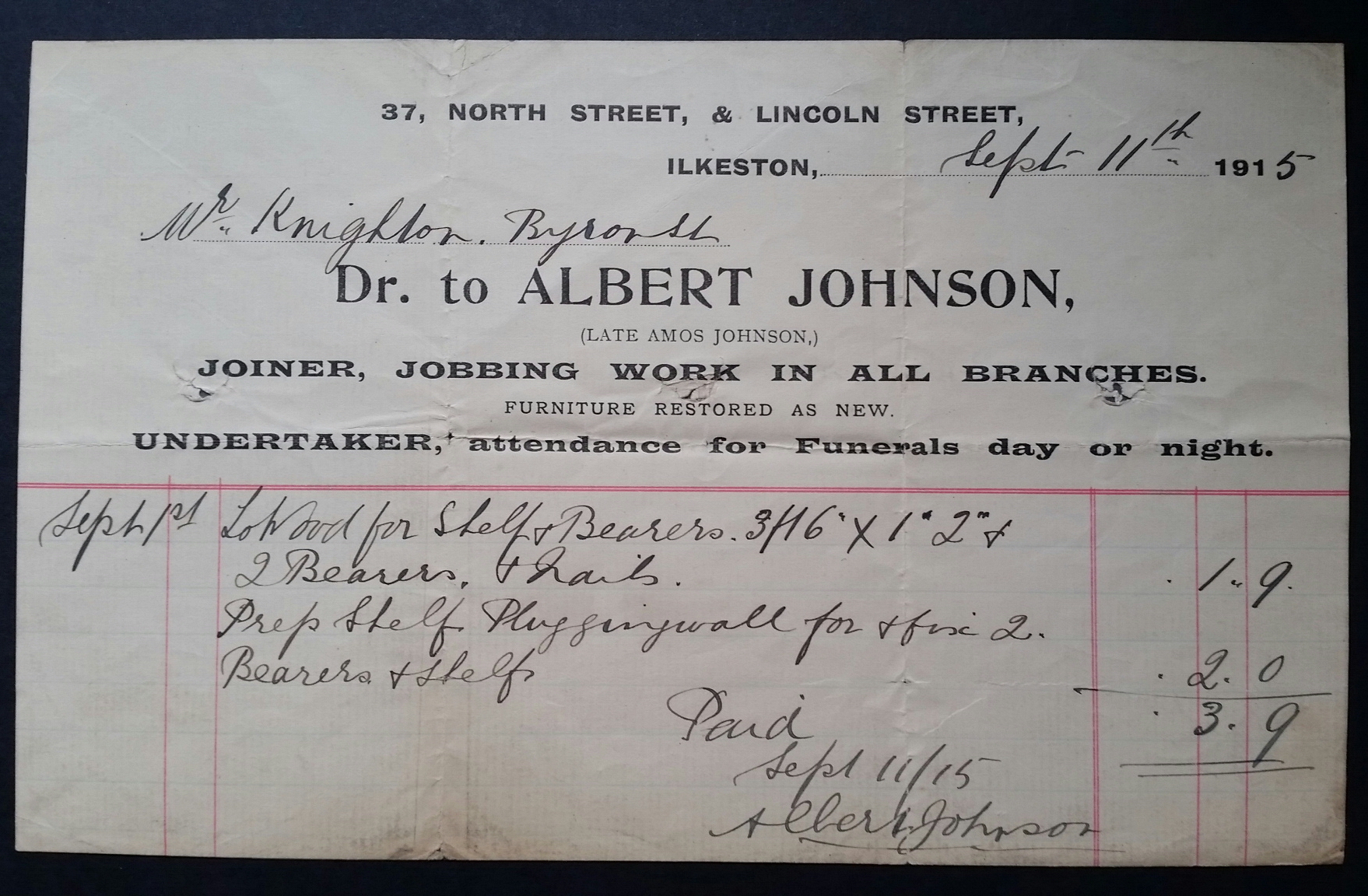