Are you ready to examine the scandel mentioned on the previous page ??!

You can read a short history of the Primitive Methodist Chapel in Ilkeston, later in our journey, as we walk down the west side of Bath Street. However, here we will examine just one series of events in that history, which took place from 1848 to 1851, involving John Wombell and the Methodist Chapel. It begins when the Slade Chapel in Chapel Street was still being used by these Methodists, and before the new Chapel in Bath Street was built in 1852. However it appears that even in 1848 members of the Circuit were already searching for land upon which to build a new chapel.

The story includes several extracts from the Minute books of the Methodist Circuit, one of which remains in the personal collection of Andrew Knighton who has very kindly supplied the information which has made this page possible. 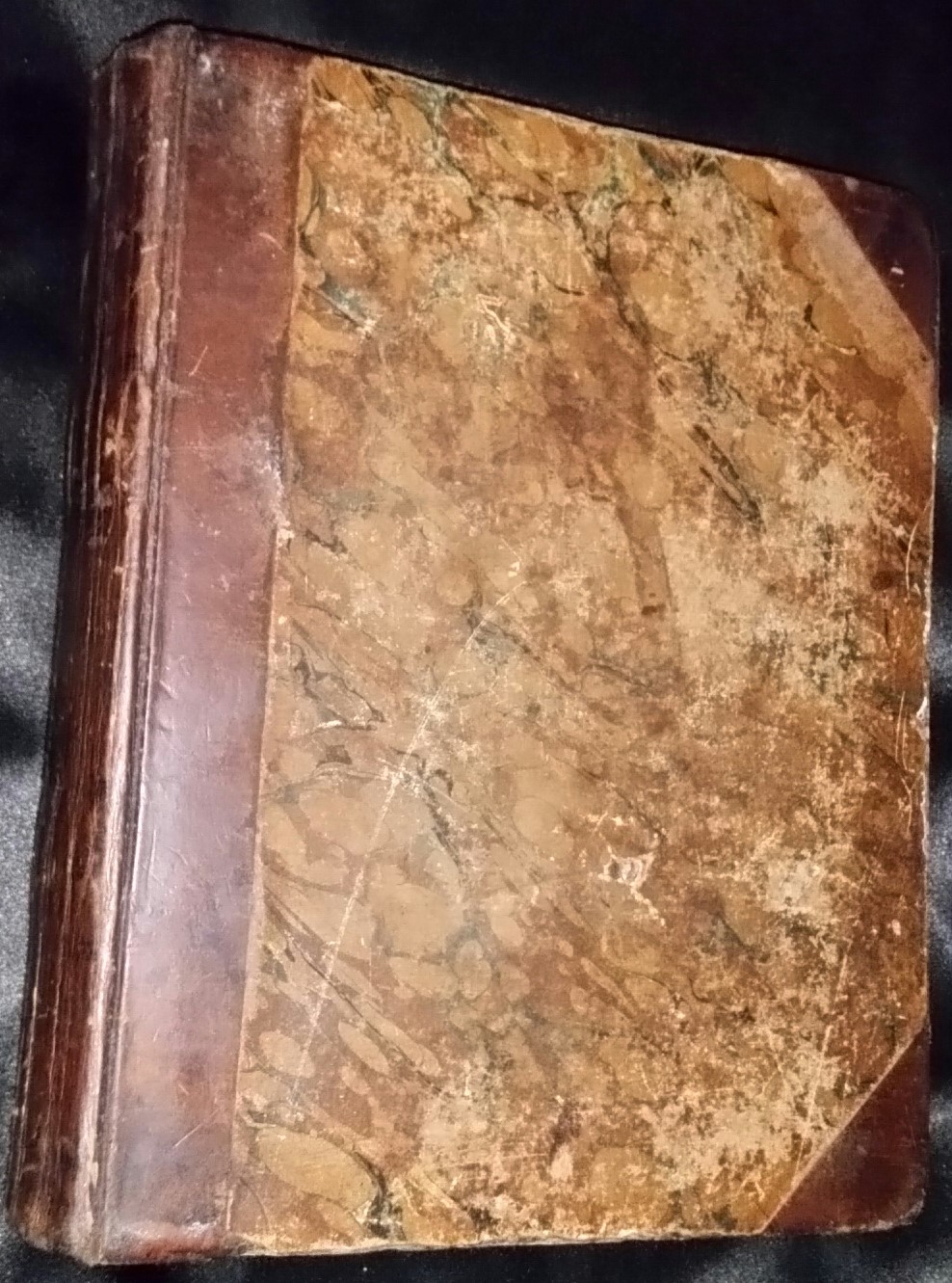 By December 1848, it had come to the attention of the chapel members that Brother Wombell was so frequently in the company of Maria Beardsley and this behaviour was causing grief and unpleasantness, walking arm in arm with her like two secret hearts, sitting with her in the Chapel and taking unbecoming notice of her to the annoyance of his brothers and sisters.

At this time John was 30 years old, had been married for ten years and had two young daughters … his wife Susanna was soon to be pregnant with their first son, born on September 22nd 1849. Maria Beardsley was 17 years old, the daughter of stone miner Mark and Sarah (nee Trueman).living in the Granby Street area.

Because of his behaviour and the resulting displeasure it caused, John Wombell was warned off  by Brothers William Carthy and John Phillips though he was not expelled from the Chapel membership. By January 1849 John was not a total persona non grata, and was even asked to continue as the Circuit Secretary, though criticism of his ‘extra-mural‘ activities also continued !! He was warned about his future conduct.
Although John seems to have prevaricated, the Circuit Committee was losing patience and wanted a clear and immediate answer … will he or will he not comply with the request to ‘cease and desist‘ ?

We can get a picture of the events following this ultimatum from the minutes of the Quarterday Meetings of the Bourne Circuit, based upon the Primitive Methodist Church in Ilkeston.

John seemed to think that attack was the best form of defence; he started an offensive, laced with several criticisms, against Brother William Carthy, (right) the Circuit superintendent minister since 1848.

As we can see, at the following meeting, these were rejected and full confidence in Brother Carthy was expressed.

That Brother Wombell be the Circuit Secretary

As Brother Wombell did not bring the charges he has against Brother Carthy to the last Quarter Day, nor to any of the Circuit Committees, they cannot now be entertained at this Quarterly Meeting

As Brother Wombell was indulged with a seat in the Preachers’ Meeting this morning, and did not then bring any charges, either of a personal or general nature, against Brother Carthy, nor attempted to do so, they cannot now be entertained.

The charges brought against Brother Carthy by Brother Wombell do be considered frivolous and vexatious, and brought with a design to do him harm out of a malicious spirit.

We report Brother Carthy to the District Meeting as capable of Superintending, attentive to discipline, a family visitor according to rule, very peaceable, preaching acceptable, not a long Preacher, preaches a full, free and present salvation, successful in the conversion of sinners to God, conduct good and attention to Chapel affairs, and that he stands free from all charges or complaints.

Brother W. Carthy be the delegate to the District Meeting

Brother W. Carthy be the Superintendent of the Circuit next year. 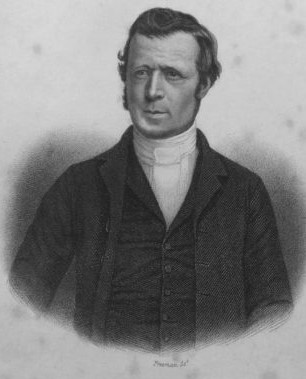 This meeting adjourn until next Monday at 6 o’clock to consider Mr. Wombell’s appeal

A week later the Circuit confirmed that its warning to Brother Wombell, made in the previous December, was constitutional and that therefore the sanction against Brother Wombell would be pursued.

Mr Wombell to produce a written appeal containing the pledge.

The minutes referred to in Mr Wombell’s appeal be read

The Special Leaders’ Meeting held on 28th December had power to do what it did do.

Mr Wombell has had full privilege of having his case investigated at the Circuit Committee, but that he prevented it by his own motion.

The Leaders’ Meeting did not violate any law by the advice they gave to Mr Wombell.

The minutes of the Leaders’ Meeting held at Ilkeston on 28th December be confirmed.

On condition Mr Wombell promise to comply in future with the request of the Leaders’ Meeting held on 28th December in reference to Maria Beardsley, his case shall entirely drop and all that has been done be considered null and void.

The answers of Mr Wombell are not satisfactory.

The Quarterly Meeting is now closed.

Very shortly after this, when evidence from several persons was considered, and John was still refusing to comply with requests from the Committee, John’s membership of the Chapel was suspended. As a previous Chapel Steward, now suspended, John held certain property which belonged to the Primitive Methodist Society, including the Bass Viol and account books. John again refused to comply and give them up, but continued to prevaricate, such that the Society brought in legal advice in the shape of John Flewker of Derby.

So, at this subsequent Quarterly Meeting, John presented an appeal which was immediately rejected !!

1. Because, if he intended to appeal at all, his appeal should have been made to the June Quarter Day, the rules regulating appeals saying ‘the Quarter Day’ and ‘not a Quarter Day’, and as he neglected appealing at the proper time we cannot think it would be right, after the lapse of nearly six months, to reopen the case which he, by his neglect, has allowed to be finally closed.

2. As John Wombell, since his suspension, has not attended our Chapel, we cannot in any way recognise him as a Member, either suspended or in any other way.

3. As John Wombell keeps forcible and unlawful possession of certain monies which were placed in his hands that had been collected for the new School Rooms, the Bass Viol belonging to the Chapel, the Sacramental Cup and a number of Books containing important accounts (notwithstanding the letters and the deputations which have been sent to him) we refuse to have any thing more to do with him until he makes a surrender of them.

4. Because he still continues to practice the evil which caused his separation from the Society, although he well knows that his doing so is utterly abhorrent to the feelings of the Society.

5. Because he has already, by his inflexible obstinacy, seriously entrenched upon the time of the officials of the Circuit, and yet refused to come to trial when all the witnesses were in attendence and, were we to attempt to reopen his case as a favour to him, we have reason to expect the same evasive shuffles.

The Circuit Committee has done right in the steps taken in the case of John Wombell and they are empowered to act as they deem wise in the future in the recovering of the property at present in his hands.

In January of 1850 it was decided that John had had ample opportunity to present his case and then to appeal against the actions taken against him by the Circuit Committee; he had not followed what was ‘constitutional’ nor availed himself of the correct appeal process. Consequently he had no further right of appeal.

Throughout that year and into the next the dispute simmered, without resolution and, it seems, with John still refusing to hand over the property belonging to the Circuit. As a consequence of that refusal the Circuit continued its own refusal — to readmit John as a member.

Perhaps the final straw came when John was summoned to attend a District Committee evening meeting in May 1851; it had been called to answer certain complaints against him. His non-appearance at the beginning of that meeting led to a reminder note being sent to him to ask him to attend. By 9.30 pm John still had not arrived — no sign of him !!  Eventually, at 10.30, a short note came from his address in which John denied the jurisdiction of the meeting and explained his refusal to attend.

At this point the committee seemed to have no option but to confirm his explusion from the chapel.

Below, an example of the minutes from the record book, in the personal collection of Andrew Knighton. 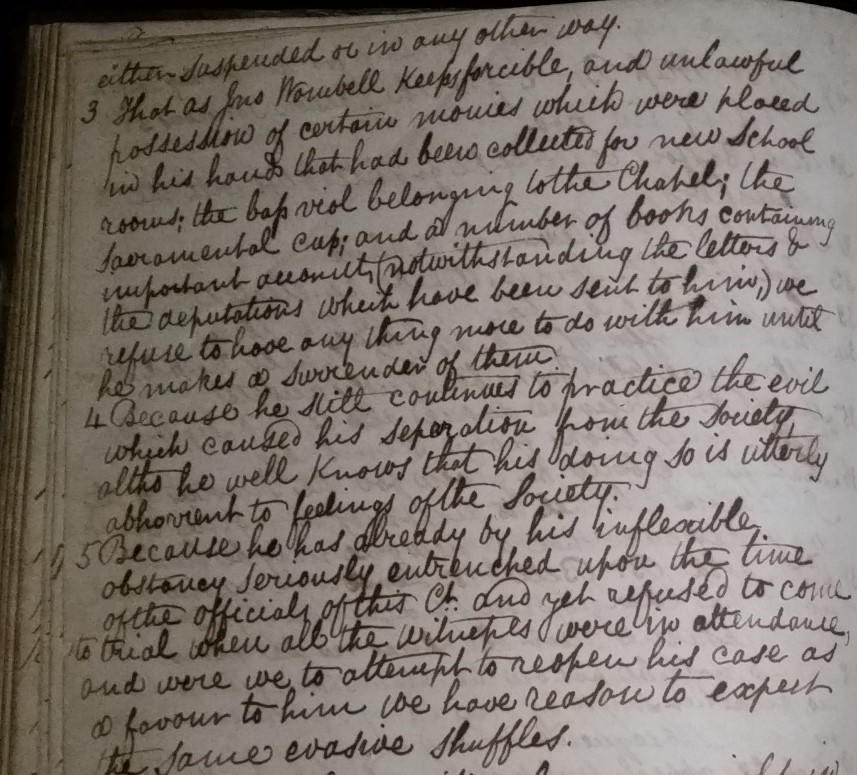 Next door to John Wombell’s old Pioneer offices, at the corner of Bath Street and East Street, were the premises of George Small.

But before we pop in there, let’s take time out to browse what the first copy of the Pioneer has to offer.