The following plan is taken from a 1937 conveyance document of Ilkeston Town Station in the Jim Beardsley Collection. 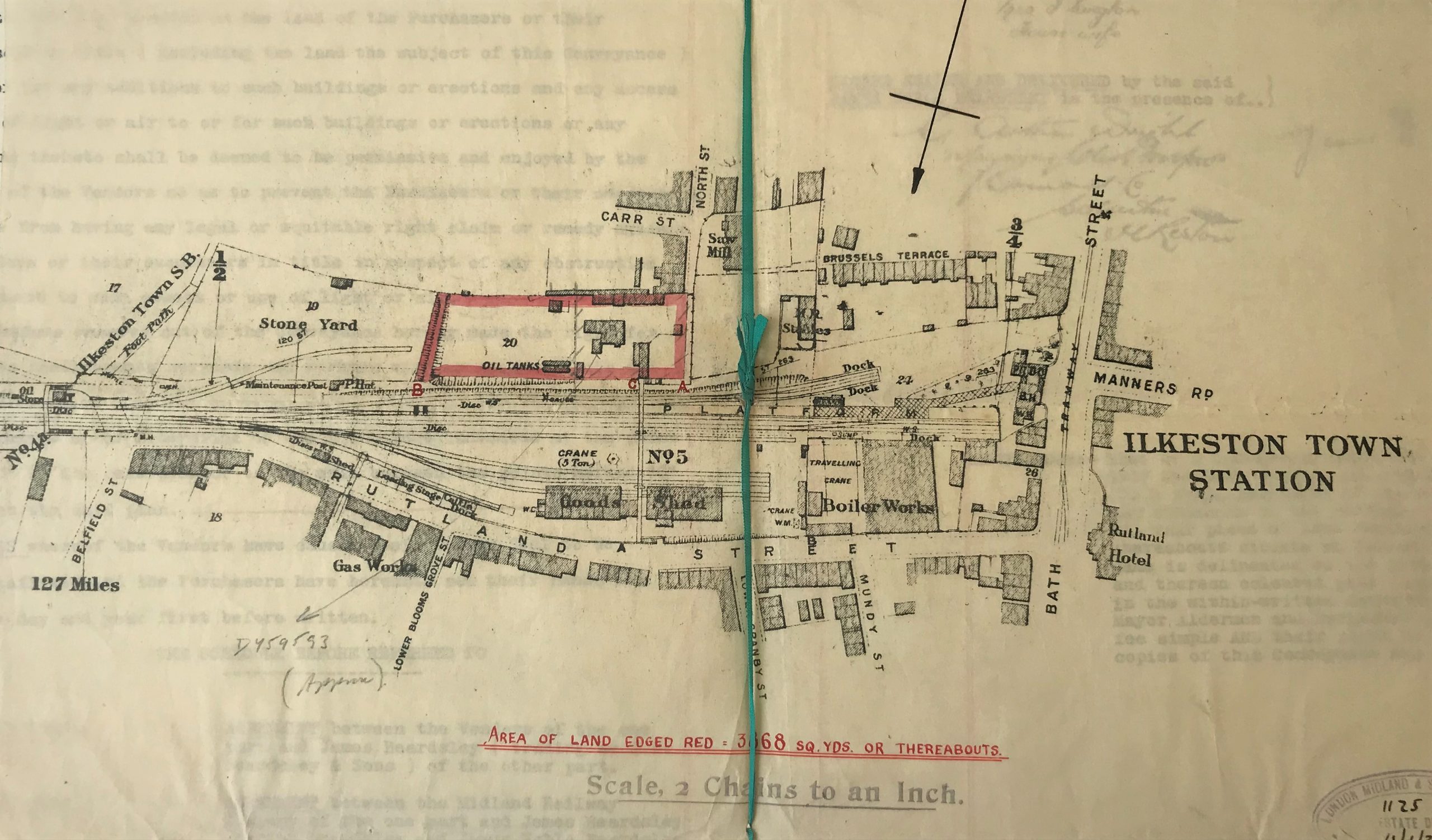 And below are two larger reprints from the same plan. 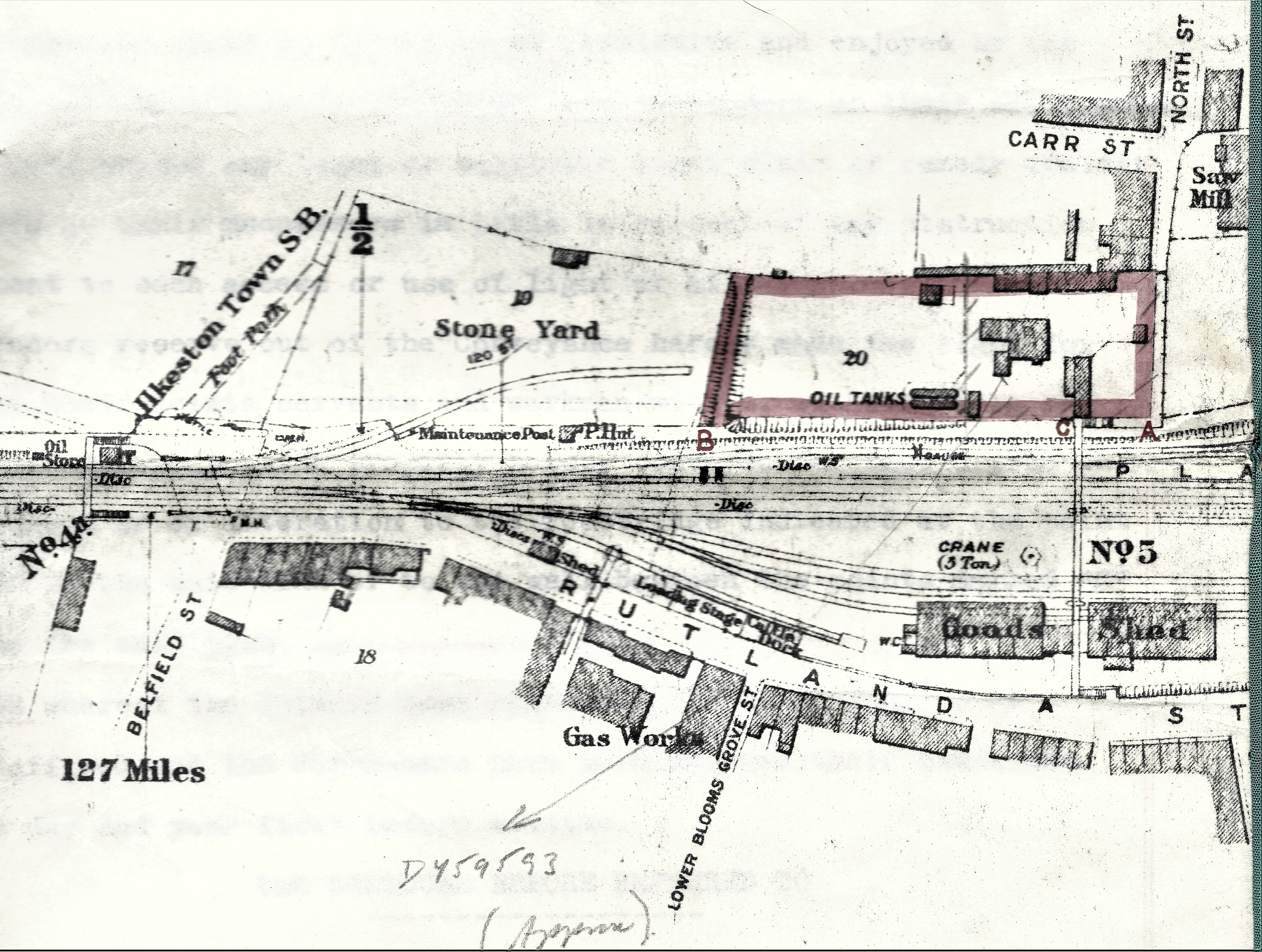 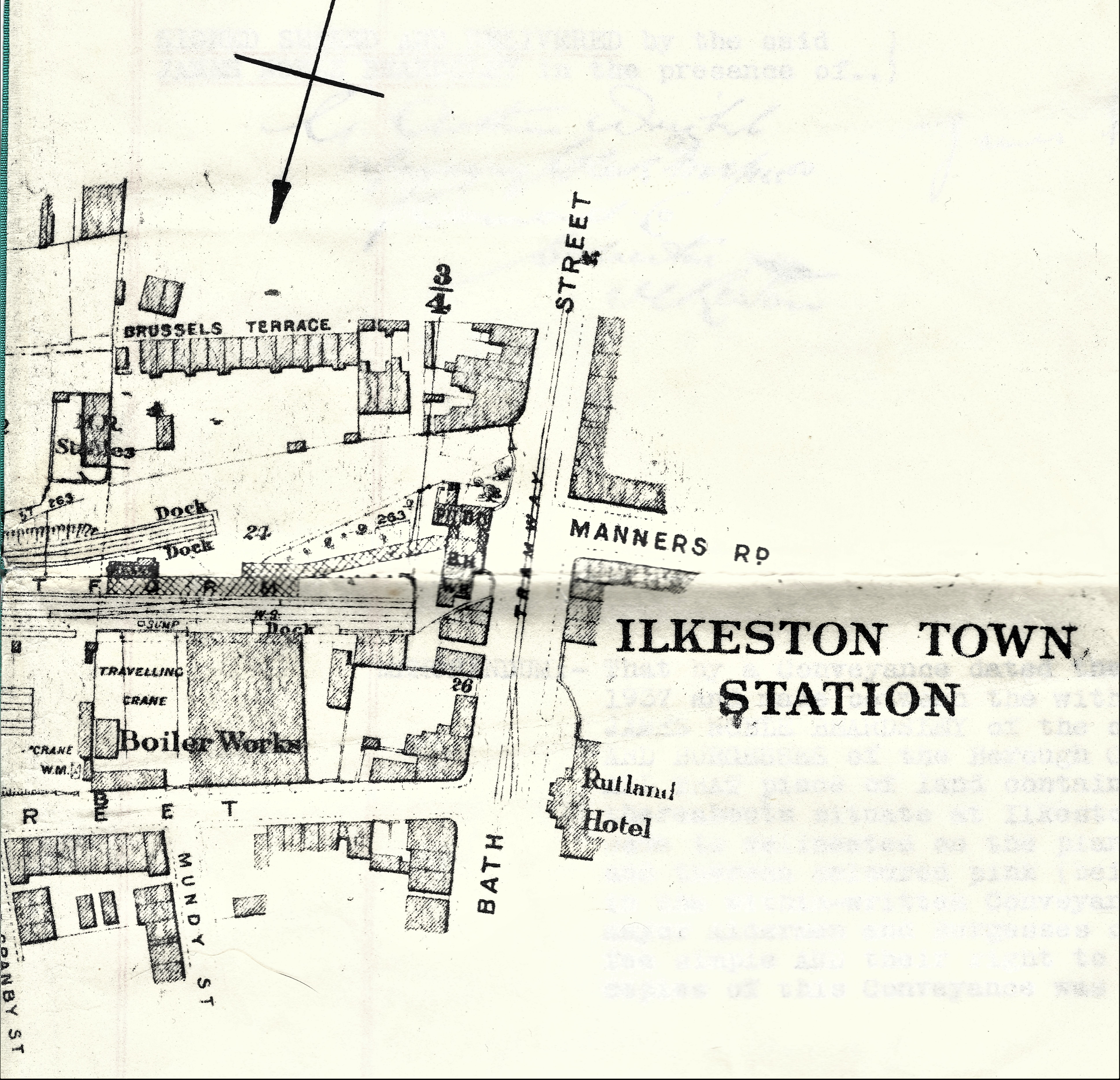 The following helpful comments were offered by members of the Ilkeston and District Local History Society Facebook page. First off, David Kirk sets the scene in great and expert detail (edited) ….

As an ex Railwayman who started on BR as a 16 year old on a goods depot (not Ilkeston Town} I will have a go at explaining the workings. I will start at the Rutland Street end.
The first line is labelled as “loading dock” which makes good sense as it is near the road. This is where road vehicles would arrive and tip their load over the dock into the waiting wagons. At places this could be minerals etc., but at Ilkeston I would suggest it was where scrap material would be loaded. Then there is the goods shed through which one line would hold the wagons for either loading or unloading. The side of the shed facing Rutland Street would be a road and road vehicles would be backed up, and this would be where goods would be transferred between rail and road vehicles for delivery, and between road and rail vehicles for forwarded goods traffic. Several goods porters would work in this goods shed transhipping goods as required between these vehicles. Vehicles would be shunted out and replaced several times per day.
Continuing beyond the goods shed, the next line is shown as the “crane road”. This crane would be fixed and vehicles would be positioned alongside for the crane to move. This is likely to be for the small type of containers that were in use into the 1960’s. You can see that there is road access alongside . There is also a travelling crane shown which indicates to me that the amount of traffic dealt with must have been more than the fixed crane could handle in the working day.
Beyond these sidings will be the running lines serving the station, which included a run round loop for the locos which they would use to run round the train that they had worked into the station.
The sidings on the other(southern) side of the line are interesting. The stone yard presumably dealt with storing stone, and the oil tanks oil but for whom? The two Docks which are shown would be for cattle.
There is one line that I expected to see but I cannot identify and this is the “coal line”. Every station or yard that I knew had one; all coal was received by Coal Merchants in wagons which they had to unload themselves. Obviously the coal line had road access. Coal Staithes were provided for the merchants to store coal-but I cannot see those either.
I am sure that the word “discs” indicates the position of the ground fixed subsidiary signals which when operated, authorised the locos to pass over points for shunting or drawing ahead moves. These were commonly known as “shunting discs or dolly’s” and were a vital part of railway operation, these discs could not be cleared if the points were not correctly set.
Several numbers and abbreviations are  dotted around the plan; David Scattergood tells us that Ilkeston junction stood at milepost 126½ from London, therefore the 127 miles marker is the distance from London. The ½ & ¾ markers are the distance from Ilkeston junction.
Paul Miller supports this … I think the ¾ and ½ are likely to be the distance from the Junction with the main line.
Dave Atkinson writes that … the vertical line with 2 arms at the top, and a number on each, as attached and also immediately right of the knot in the ribbon, I guess are changes of gradient?  The numbers 17-26 look to me like plot reference numbers. 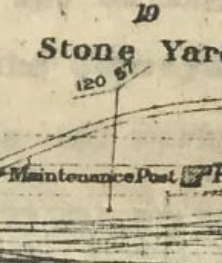 And Paul Miller adds that …. SB is definitely Signal box, which stood approximately where the Island into Tesco stands. There was also a lovely Midland footbridge by it, spanning the tracks.

Adding detail of a different nature ….

Ann Featherstone includes a quote from her PhD thesis : “Permission to build, in Rutland Street on “the site of the old boilerworks yard,” a “temporary wooden theatre,” constructed entirely of wood and able to accommodate 1,800 people, was granted to Henry Vincent Clarke by the Borough Council in 1893. This was greeted with characteristic enthusiasm by the local press: ‘Ilkeston is looking up. A new theatre and a new church within a week of each other is not bad business’. (Ilkeston Pioneer, 3 November 1893). I’m attaching a picture of Rutland Street, though I’m ashamed to say I hadn’t noted the source or the date, but I thought it might be useful. 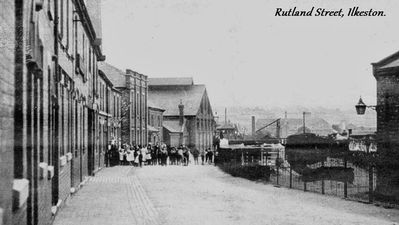 Similarly, John Beniston tells us…. My Great grandfather James Beniston had a business in Bath Street, Ilkeston, as a carriage builder mentioned in Kelly`s directory 1891, 1904, 1916, and 1922. The business was called Borough Carriage Works. A partnership was formed with Alfred Hill c1890 and sometimes referred to as Hill & Beniston. My father told me the works were probably within/near Ilkeston Town station yard on the Rutland Street side of Bath Street.