An extra touch of Frost

And a sequel to the prequel ??

Kate Miller (nee Burrows) has written to me and I thank her for prompting the inclusion of this page. Much of the information here is thanks to her.

Thomas Frost (born in 1807) and Mary Graham (born in 1801) are Kate’s great great great grandparents.
Their youngest child, Eli Frost, was born at Hunger Hill in 1841 but just ‘missed’ the census of that year !! He was baptised at St. Mary’s Church on June 17th 1842 … and he is Kate’s great great grandfather.
On March 6th 1866, Eli was married at Trinity Church, Elsecar, Yorkshire, to Mary Ann Barnes, daughter of platelayer Robert. At that time the bridegroom was working as a furnaceman and in the early 1860’s had left Ilkeston perhaps to work at the Elsecar Ironworks.
Their first child Elizabeth was born in 1866 in Elsecar before the family moved back to Ilkeston where Eli continued his work, probably at Stanton Ironworks. 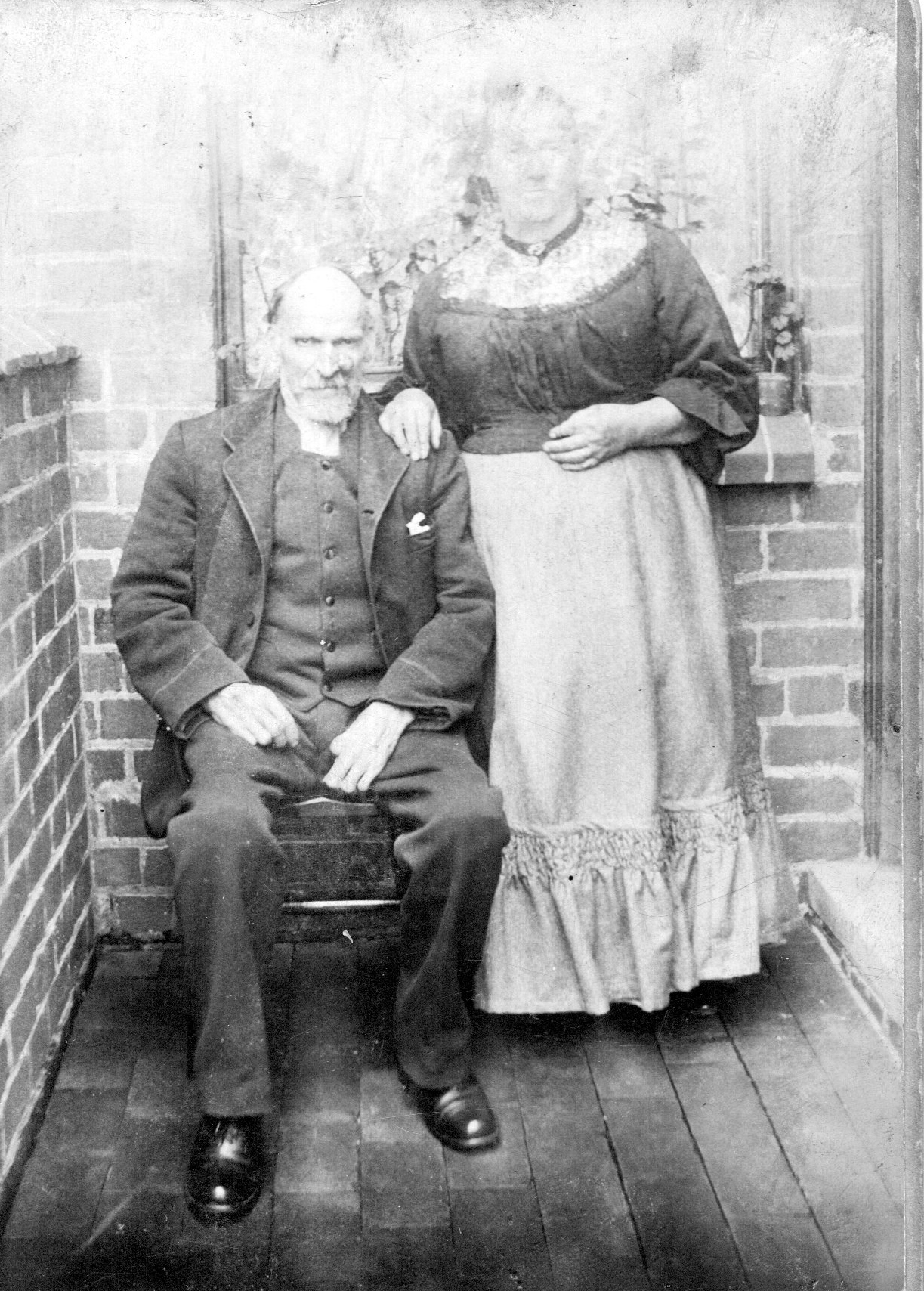 This photo is of Eli and his wife Mary Ann.  It is taken outside the back door of 25 Shaw Street, Ilkeston which is where they lived.  The picture, blurred at the top, was like that when my grandmother gave it to me.  Eli appears to have a growth on his face, and seems to have lost the tips of his fingers. (Kate)

One of the daughters of Eli and Mary Ann was Edith Mary Frost, (born November 18th 1876) who married Amos Burrows…. in 1900 at the Independent Chapel in Ilkeston.
Amos was one of 19 children born to Ilkeston collier John and Ellen Hopkinson Burrows (nee Bednall). 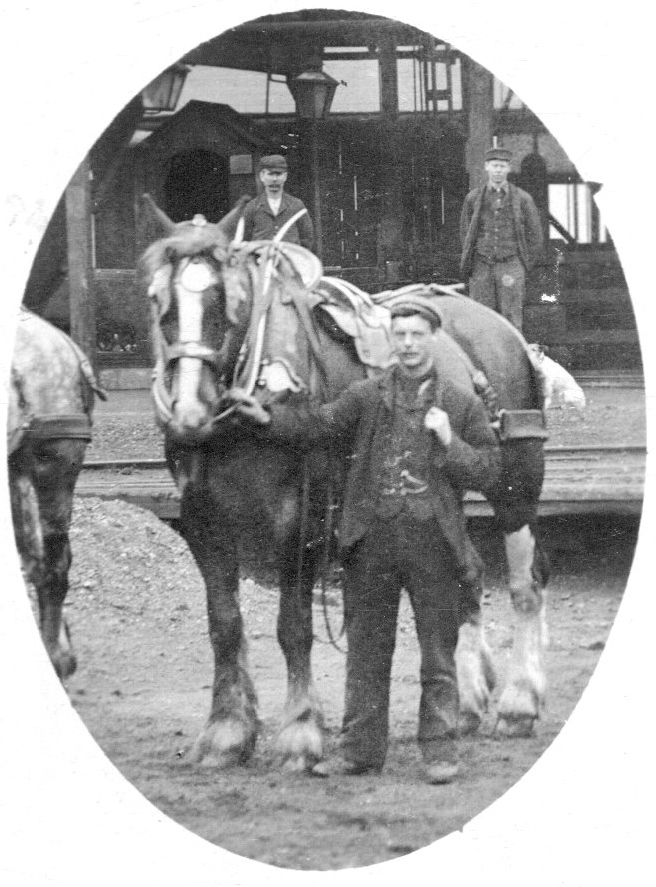 (Amos) was a coalminer and this photo of him was taken outside Oakwell Colliery in Ilkeston.  After Edith and Amos got married, he moved to Sunderland to find work, and got a job at Ryhope colliery.  He was killed by a fall of rocks in the mine.  At the time, his wife Edith was pregnant with Percy, my grandfather.  Edith then came back to Ilkeston and lived at the house at 25 Shaw Street.  She eventually gave birth to Percy, and continued living in that same house.

BY THE FALL OF A STONE

Yesterday morning, about 2.30, Amos Burroughs (sic), who resided at West Terrace, Vinegar Hill, Ryhope Colliery, met his death while following his employment at the colliery. Burroughs was engaged removing some debris when a large stone fell and killed him outright, his head and neck being fearfully crushed. He has only been married eight months. Following the usual custom, the pit was laid idle yesterday

His body was returned to Ilkeston and buried in the General Cemetery, Stanton Road, on January 12th.

Percy Burrows was born in Ilkeston on August 19th 1901 and in 1927 married Connie Spendlove. (below) 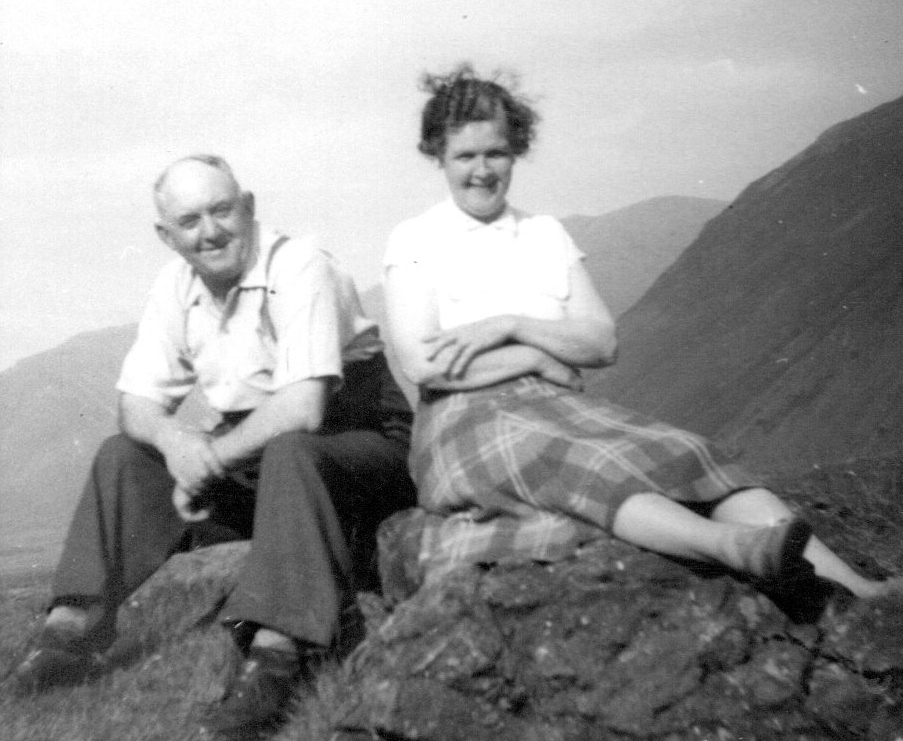 When Percy and Connie got married they lived with Edith at 25 Shaw Street; they had 3 children Eric (my father) , Margaret and Maureen.  Connie continued living there after Percy died, and she eventually went into sheltered housing in the 1980s. 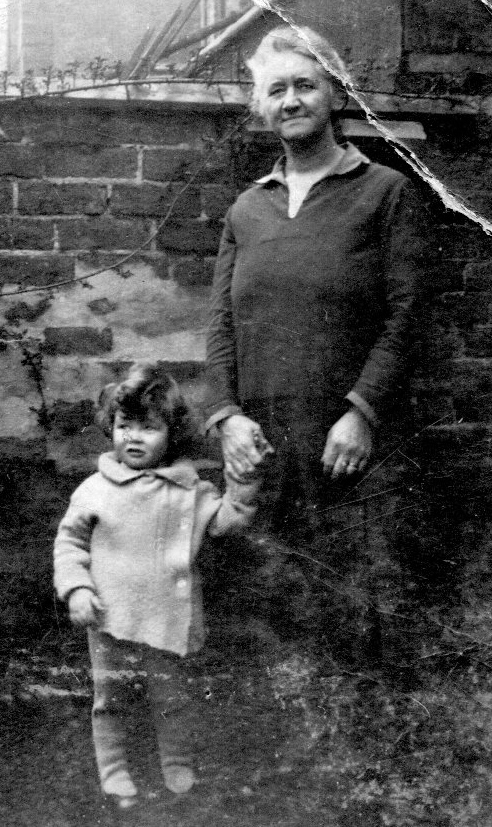 This photo is of Edith with my father — her grandson — Eric Burrows in the garden. (Eric was born on April 2nd 1928).

Elizabeth Frost was the first child of Eli and Mary Ann. In 1885 she married ironworker John ‘Jack’ Draycott at Babbington Chapel near Awsworth, Nottinghamshire. 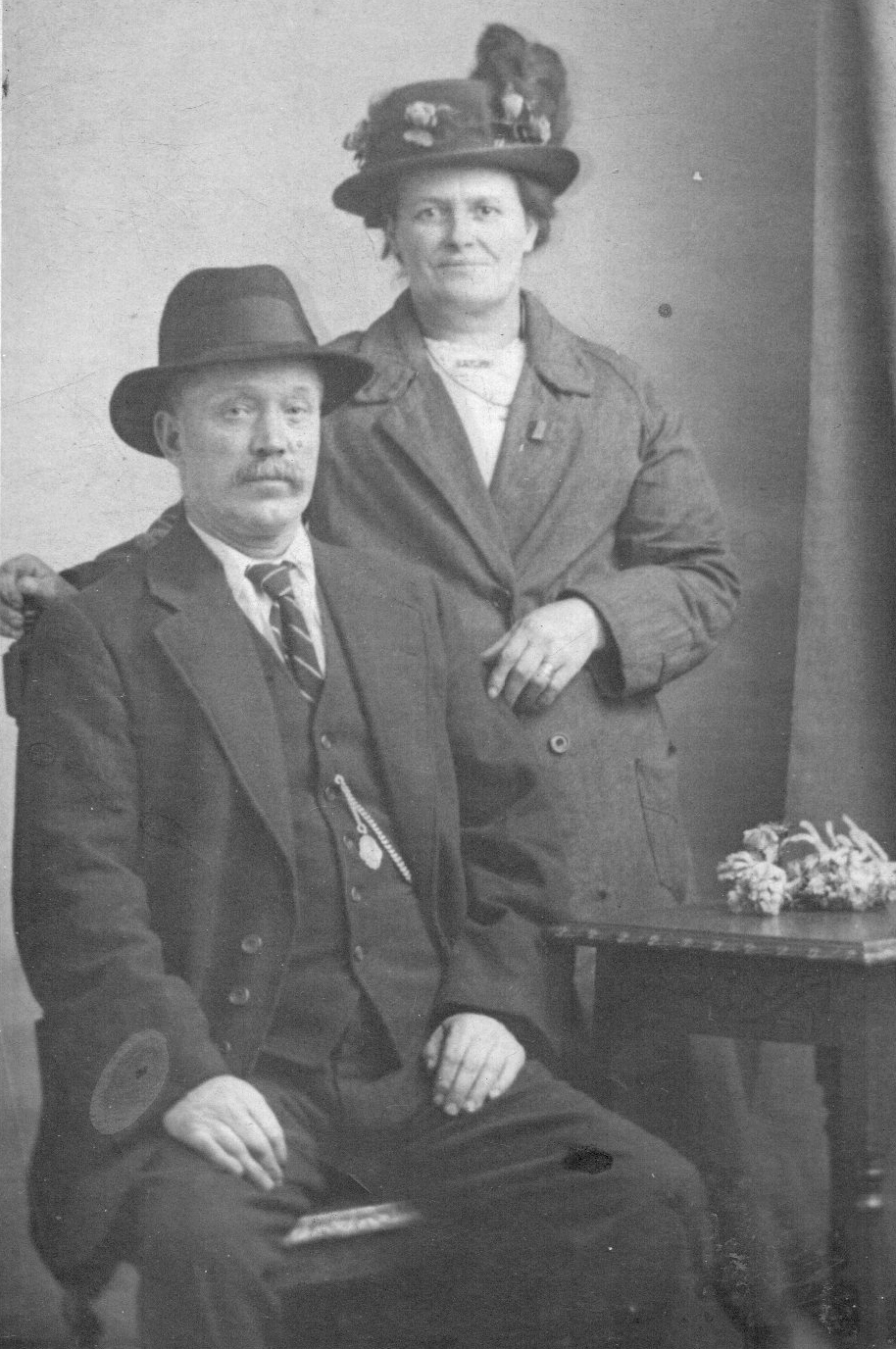 Shortly after the birth of their first child at Elsecar, Eli and Mary Ann Frost returned to Ilkeston and had at least seven other children.

Thomas (born in 1868) married Lydia Beatrice Culling at St Mary’s Church in 1906.
While living in the family home at 293 Nottingham Road, Sarah Jane (1870) gave birth, in 1889, to an illegitimate son Ernest who died in infancy. In 1892 she married Mansfield-born Thomas William Hollingsworth and thereafter lived in Coventry.
Annie (1872) married coalminer John Henry Adkin at St. Mary’s Church (April 21st 1892) but died in the following year.
Robert (1874) died, I believe, in 1893.
Edith Mary (1876) — see above.
William (1879) worked as a blast furnace labourer, and married ‘next-door’ neighbour, Eliza Ellen Pollard, in 1901. They then raised their family at 21 Shaw Street.
George Alfred (1882), also working as a blast furnace labourer, married Clay Cross-born Minnie Martha Poole in 1903.