The second son of William and Maria, John Arthur Dawson was born in Ilkeston on August 18th 1870, though his birth was registered at Shardlow while his parents were temporarily living there.

Here we see him, as a young man, flanked by two companions (unknown). 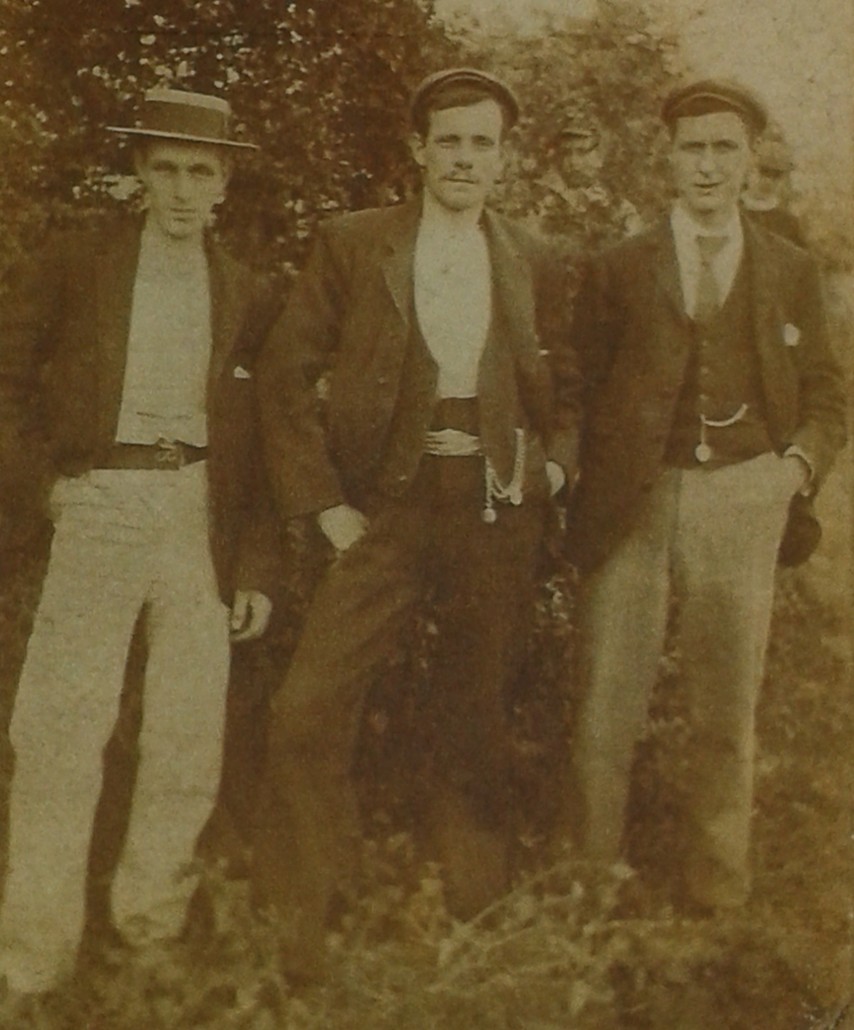 He married Ellen Edna Wright at Bath Street Primitive Methodist Chapel in 1899.
Born on June 13th 1878, his bride had her origins in Pensnett, Staffordshire and her family had come to Ilkeston in the 1880’s.
Her father John was trading as a house painter in North Street at the time of Ellen Edna’s marriage and she then moved into John Street with husband John Arthur.
“My great grandfather John Wright .. was a house painter …. I can remember (one job he did was) .. for (the) Spring Cottage Inn”. (Pete) 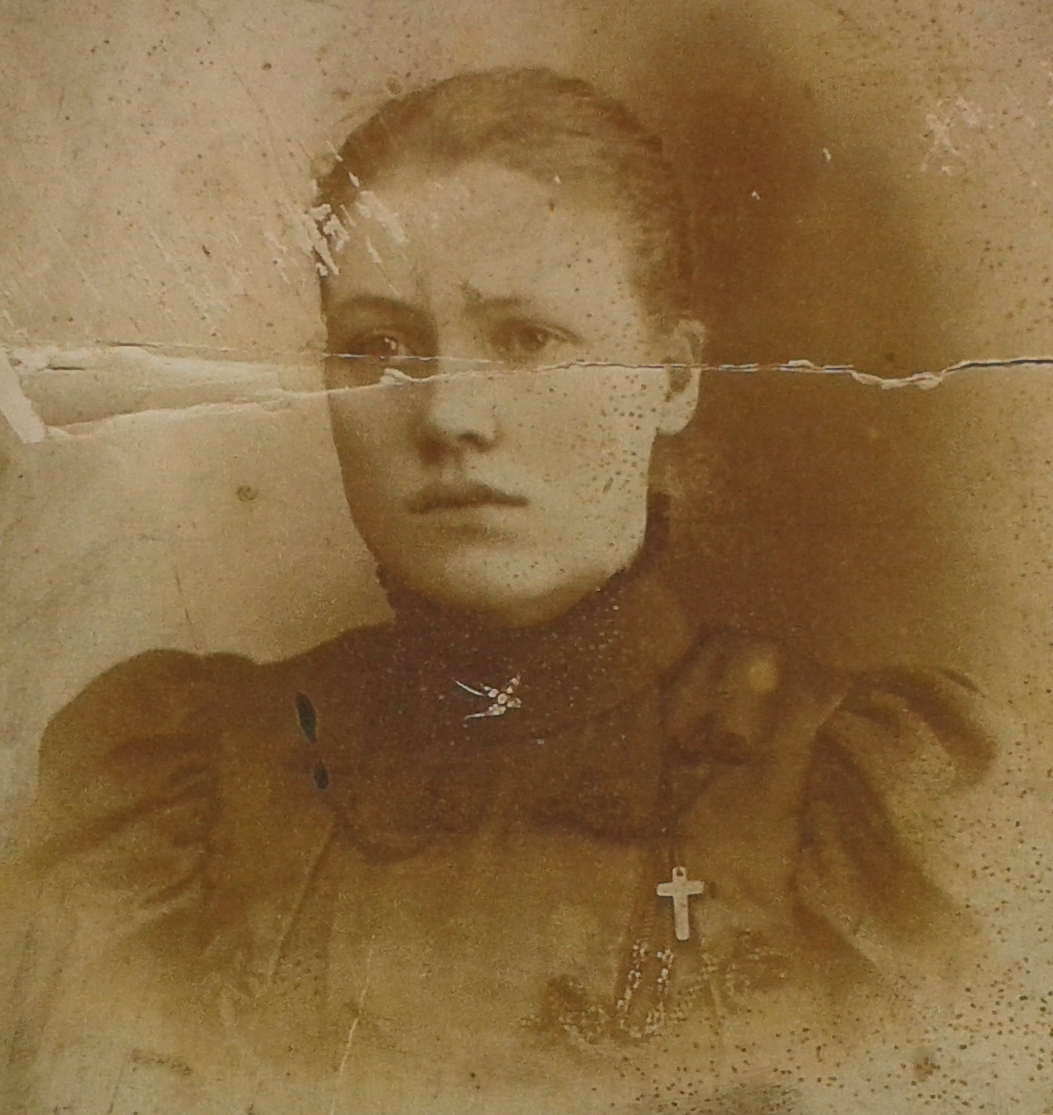 The Dawsons call the doctor … 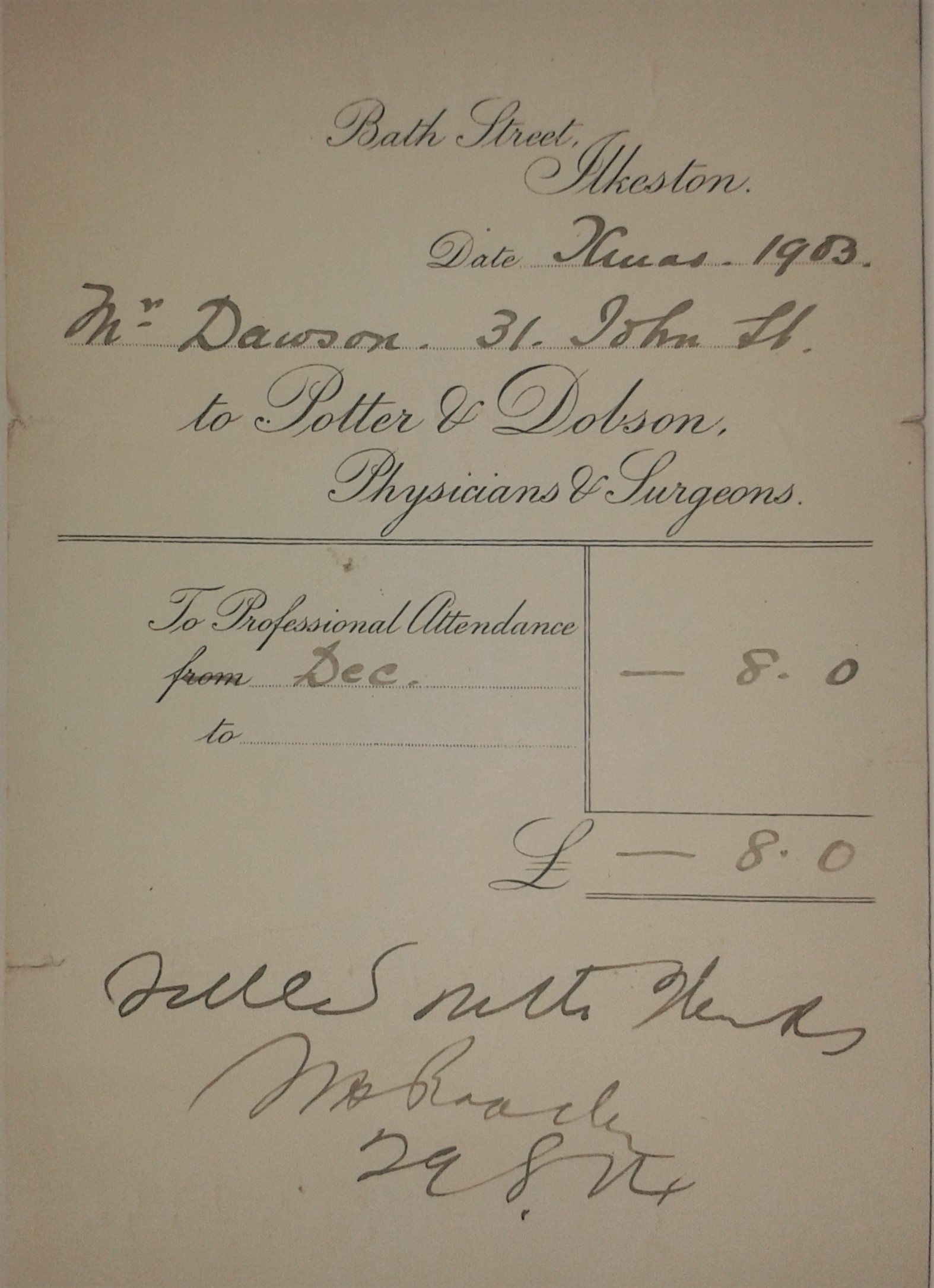 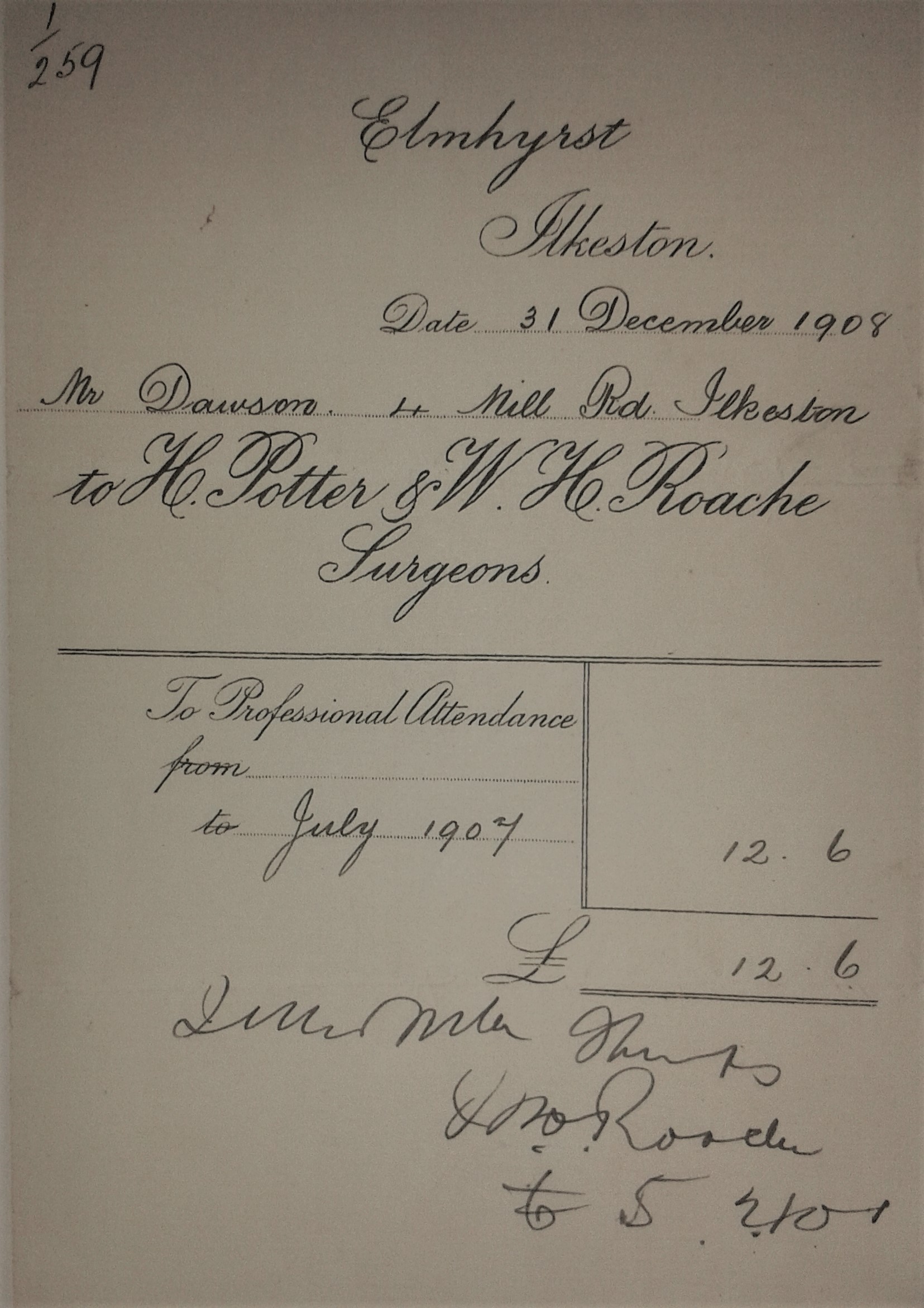 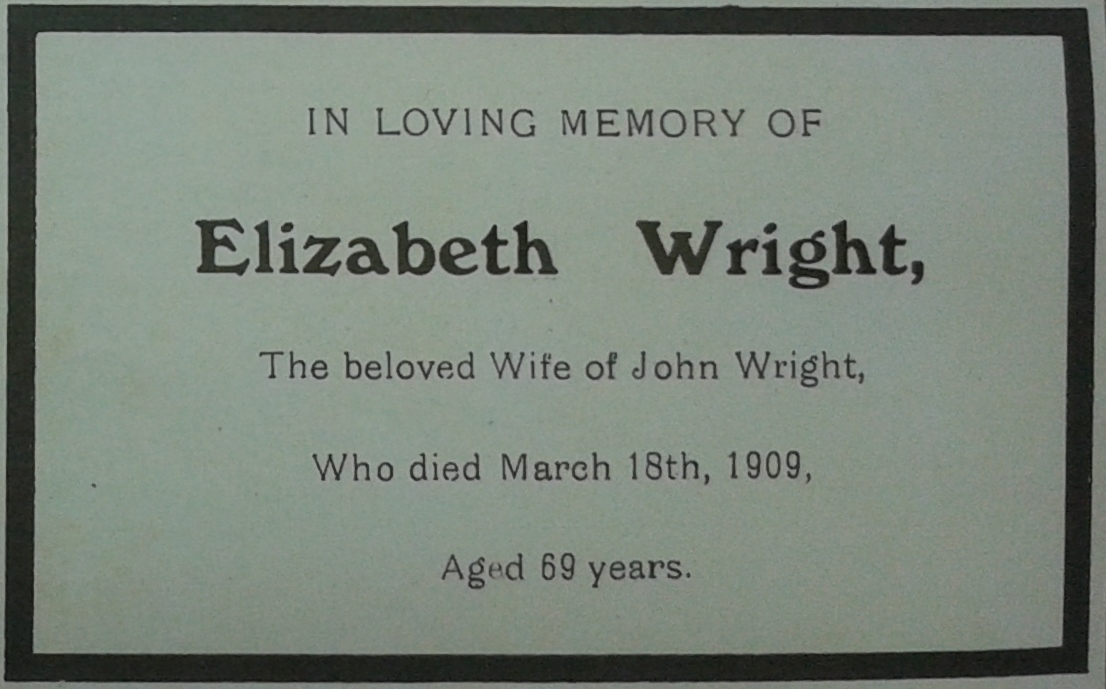 Farewell my friends and children dear,
I can no longer stay here;
But on my death no trouble make,
But love each other for my sake,
And meet me in heaven above.

Dear mother, thou art gone,
But thou art not forgotten;
Nor ever shalt thou be,
While ever life and comrades pass,
We will remember thee.

Released from all sorrow and anguish,
Released from the world and its strife;
His heavenly Father hat called him
To the realms of eternal life. 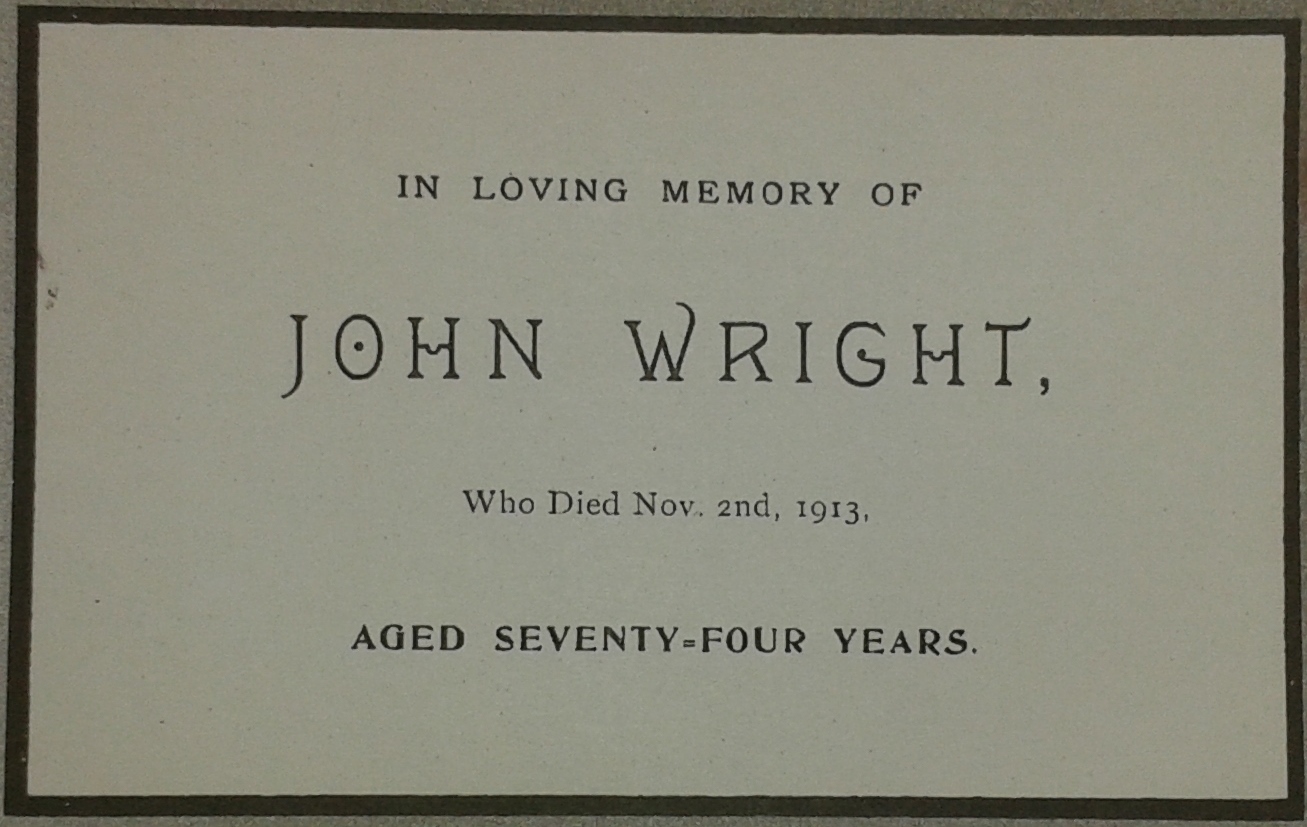 (Memorial cards from the personal collection of Pete Dawson.The verses are found on the reverse.) 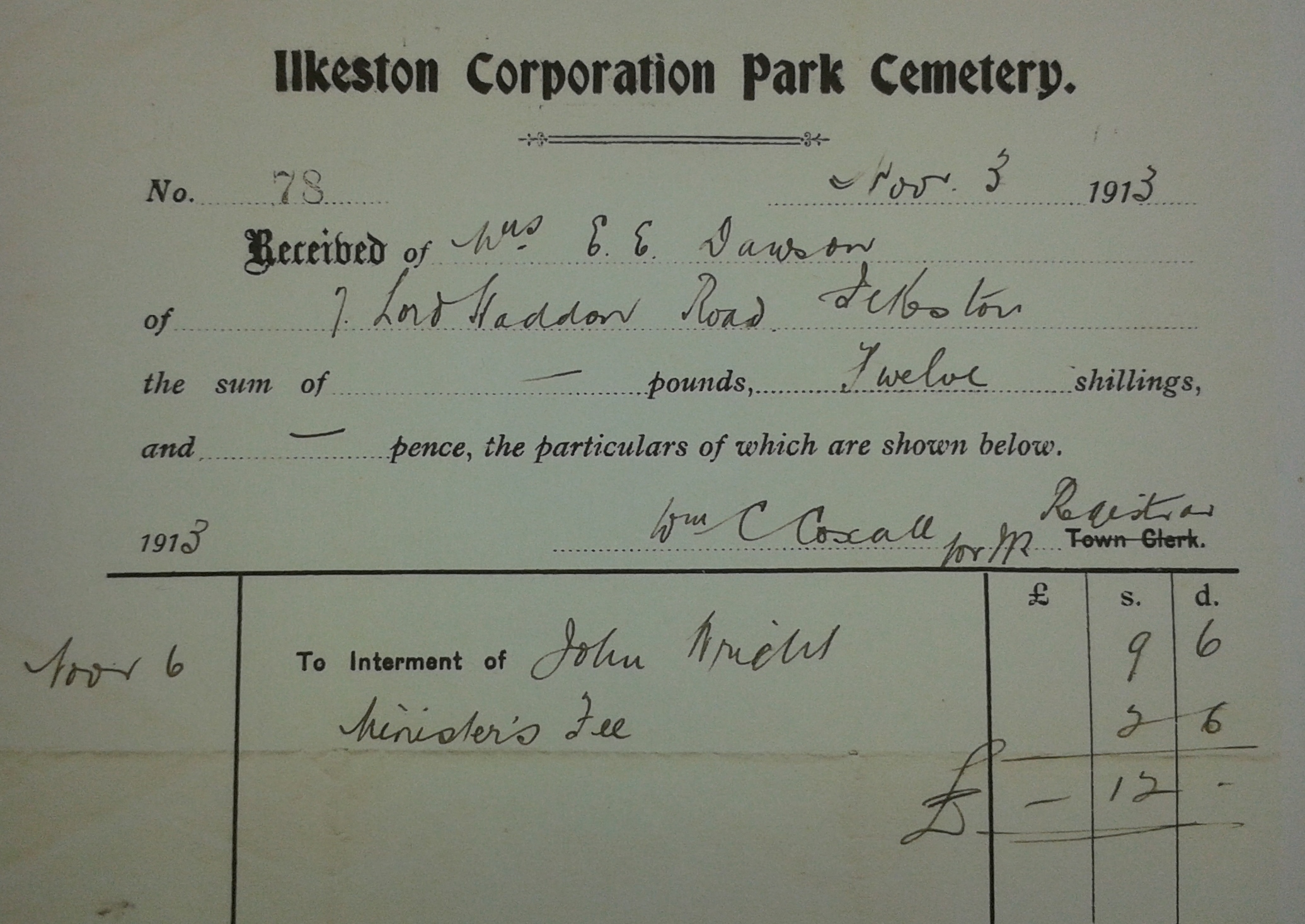 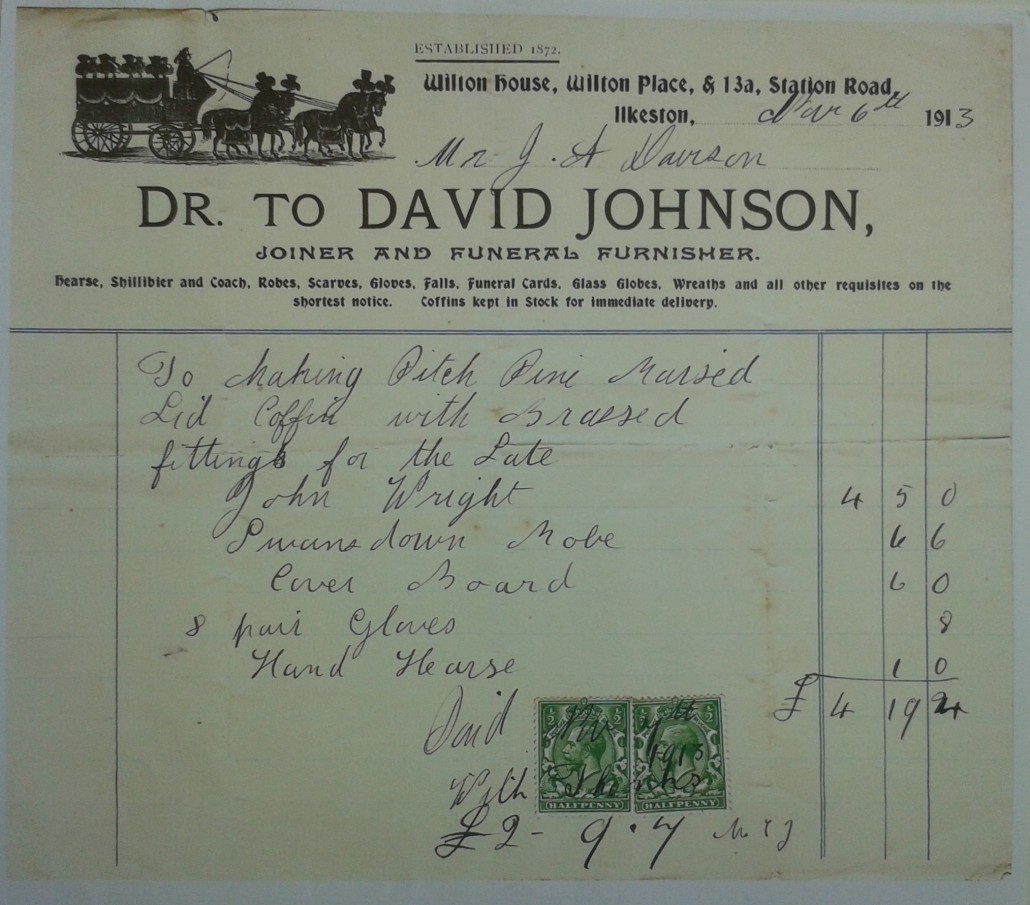 Seated on the right is Ellen Edna Dawson and on her lap is her son Ronald Arthur Dawson(born Oct 20th 1912). In the left foreground is daughter Gladys May Dawson (born May 24th 1903) 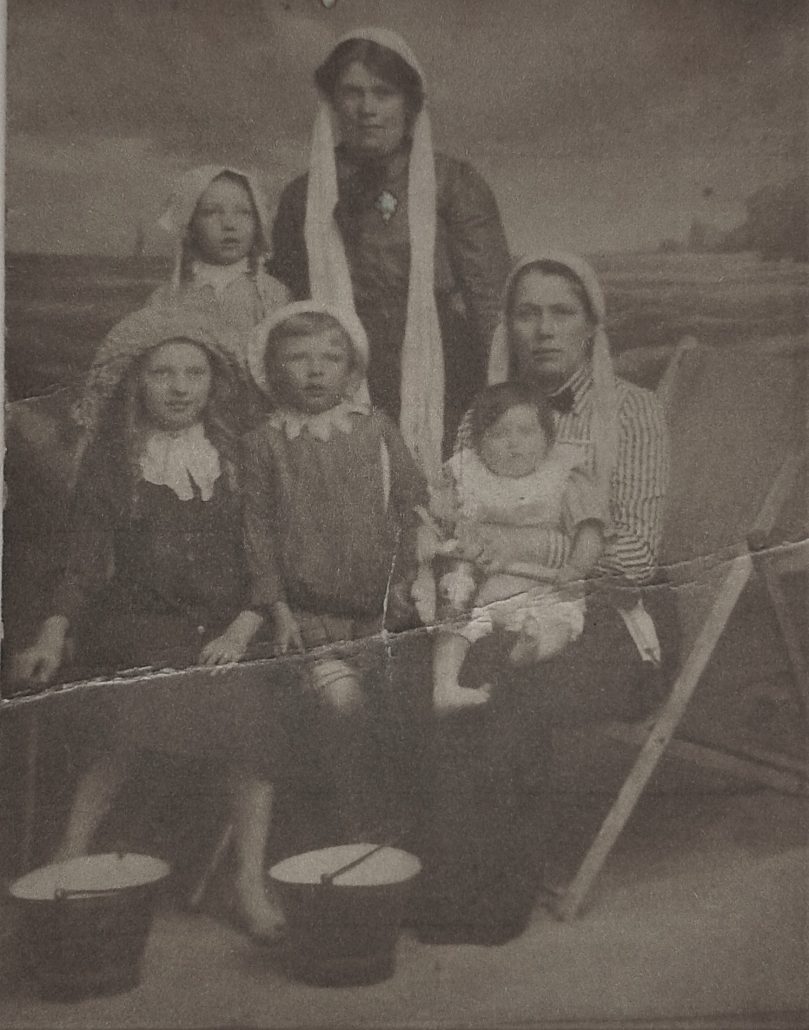 And then, an addition to the family, at a bargain price .. !! 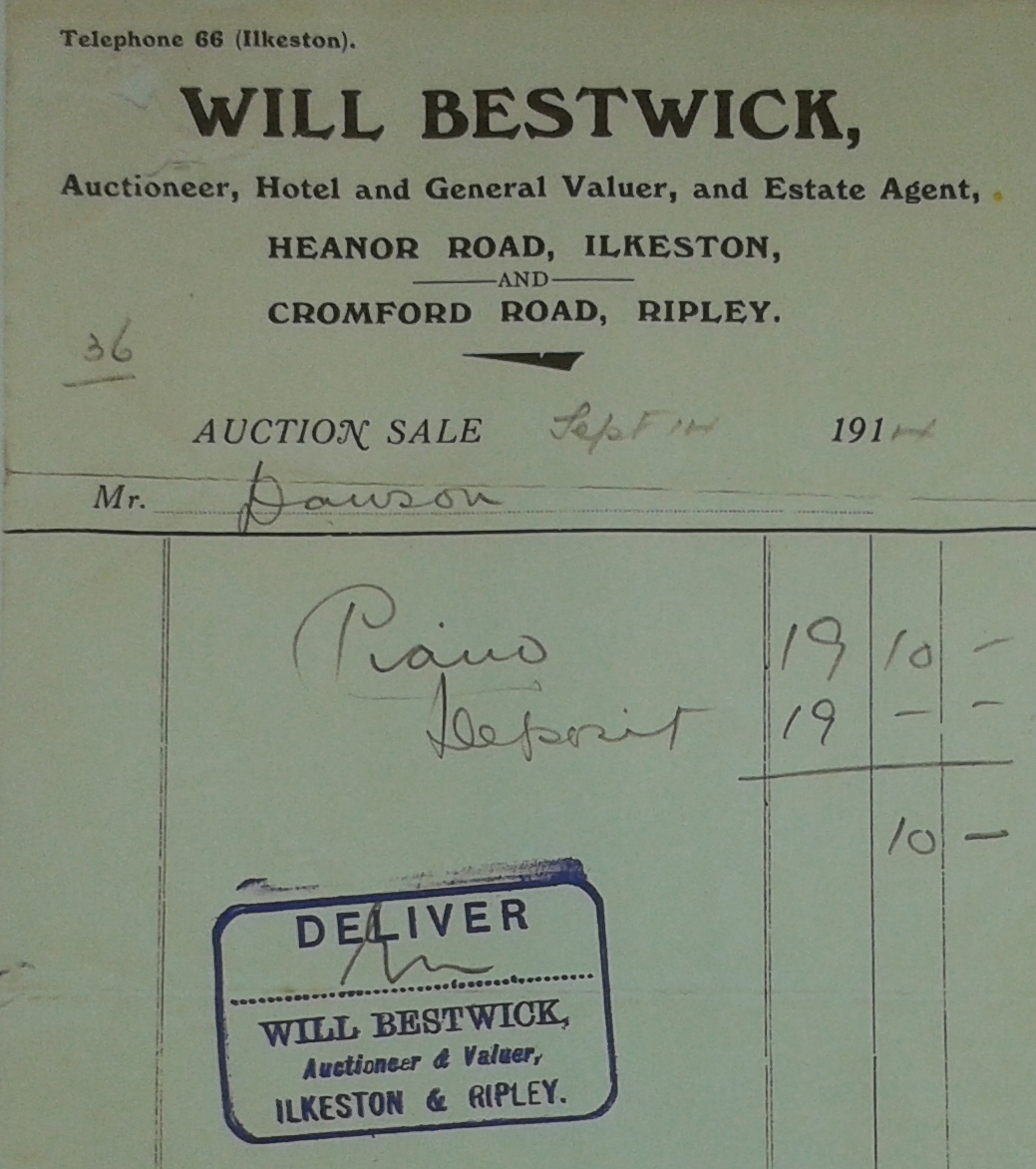