On the east side

From the Horse and Groom Inn ….

Adeline takes us on, up Nottingham Road ….. “Returning past the old Gallows Inn, we again cross the bridge, and very soon are at the house standing back from the road, where Mr. and Mrs. Flint, Mrs. Flint, sen., and the two daughters, Lizzie and Lavinia, lived.  Mr. Flint was a cattle dealer”.

Newthorpe-born John Flint and wife Ann (nee Beet) came to the Ilkeston area about 1850, shortly after their marriage.
The 1851 census finds John working as Station Master at the railway gate house in Shipley.
Daughter Sarah Elizabeth was born at Shipley in January 1851 and Lavinia in 1853.
By 1861 the family were living at Gallows Inn where John was a cottager.

Gap Alert!!
Mrs. Flint, senior, was Ann Flint, the mother of John. I believe that she was born Ann Fritchley in Cossall in 1784, the daughter of John and Elizabeth (nee Wilson), and thus the sister of William Fritchley of Bath Street and later New Street. She married Thomas Flint in January 1807 and had several children, including Evelina, Samuel and John. After the death of her husband she lived some years at Greyfriar’s Gate in Nottingham before moving to Gallows Inn to live with son John and his family. Possibly after the death of John in 1874 and his wife Ann in 1878, Mrs. Flint senior went to live with her other son Samuel at Swinderby near Newark where she died in 1879, aged 94.

In May 1874 Lavinia Flint had married Edmund ‘Ted’ Tatham, the third son of needlemaker Edmund and Elizabeth (nee Burgin-Richardson).
The couple had two children, John Percy and Lizzie Ann, both of whom died in infancy, and it was about four months after the birth of the daughter that Lavinia died of consumption ‘after a lingering illness’, aged 23.
Thus Edmund lost his wife less than two weeks after losing his mother. 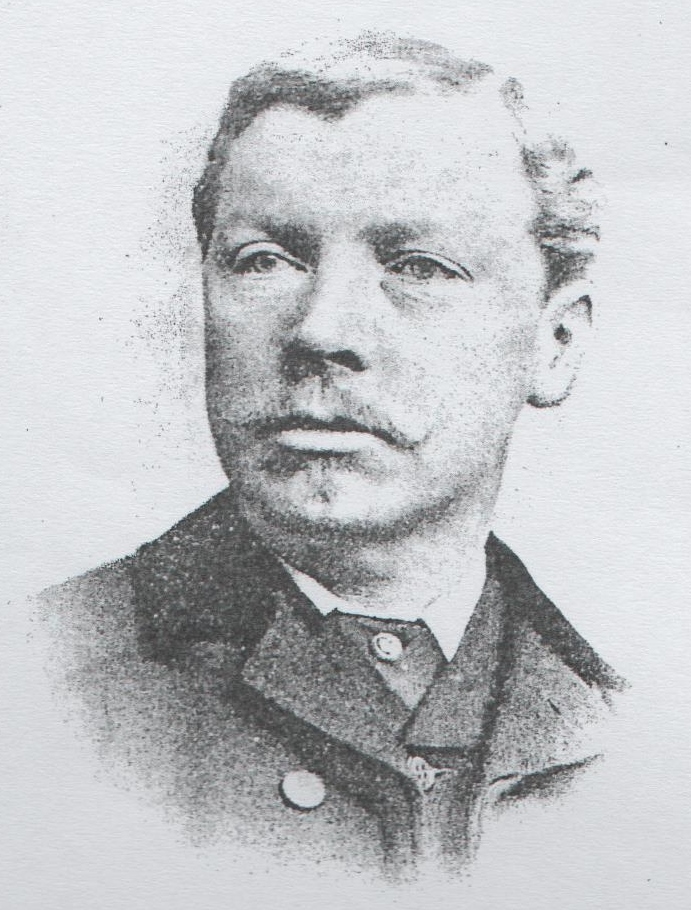 A Negligent Ilkeston Gentleman
In October 1890 Edmund was charged 'in absentia' at Ilkeston Petty Sessions with 'driving without a licence'. The Inland Revenue Authorities claimed that he had been travelling around Ilkeston in an unlicensed two-wheeled carriage!! He had previously been warned about this by a tax officer and reminded of the need for a licence which Edmund had promised to obtain. But it must have slipped his mind. A licence cost 15s. Edmund's fine and legal costs were twice that (give or take a tanner!!)

In the early 1890’s the family went to Long Eaton to keep the Royal Hotel there. 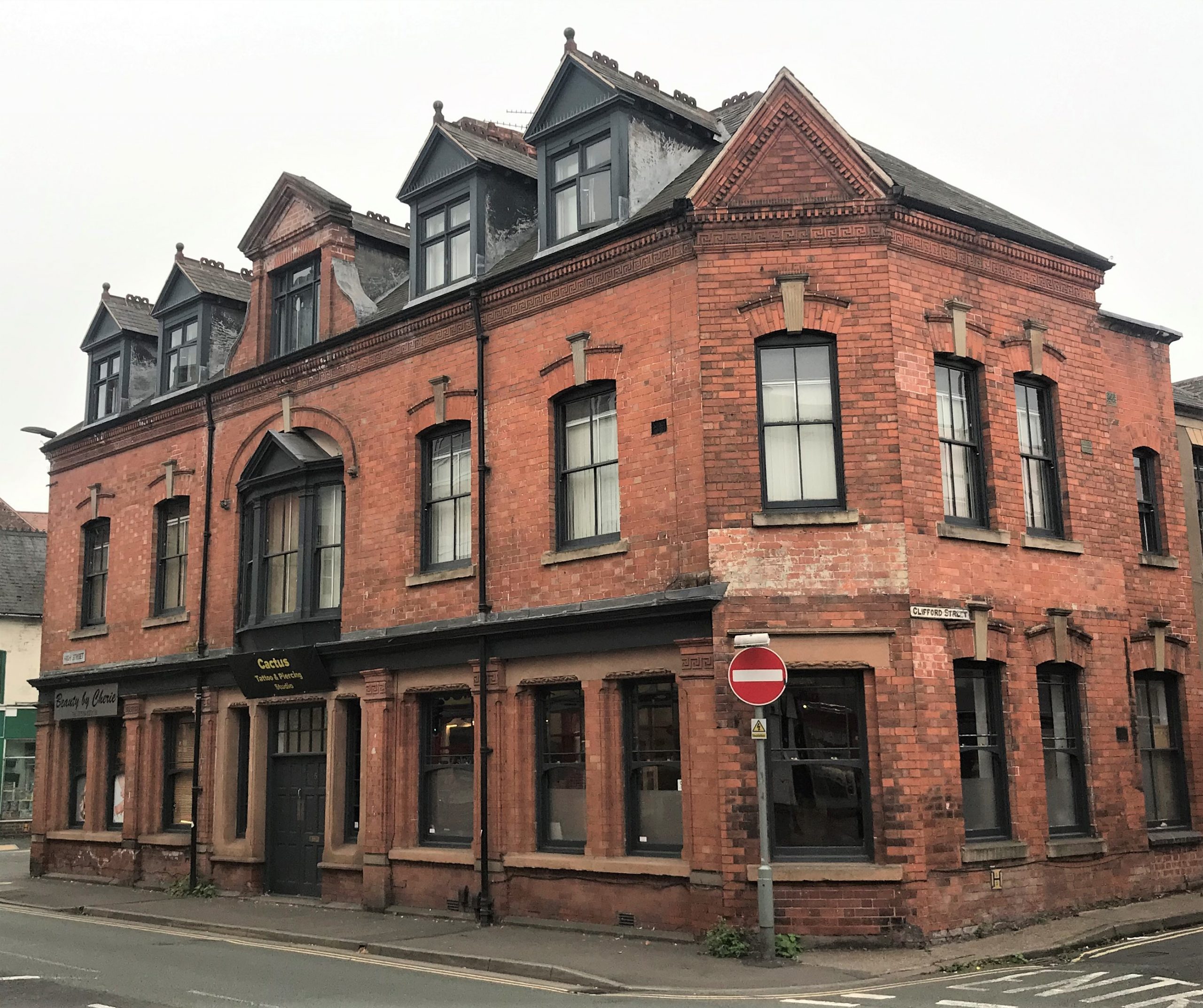 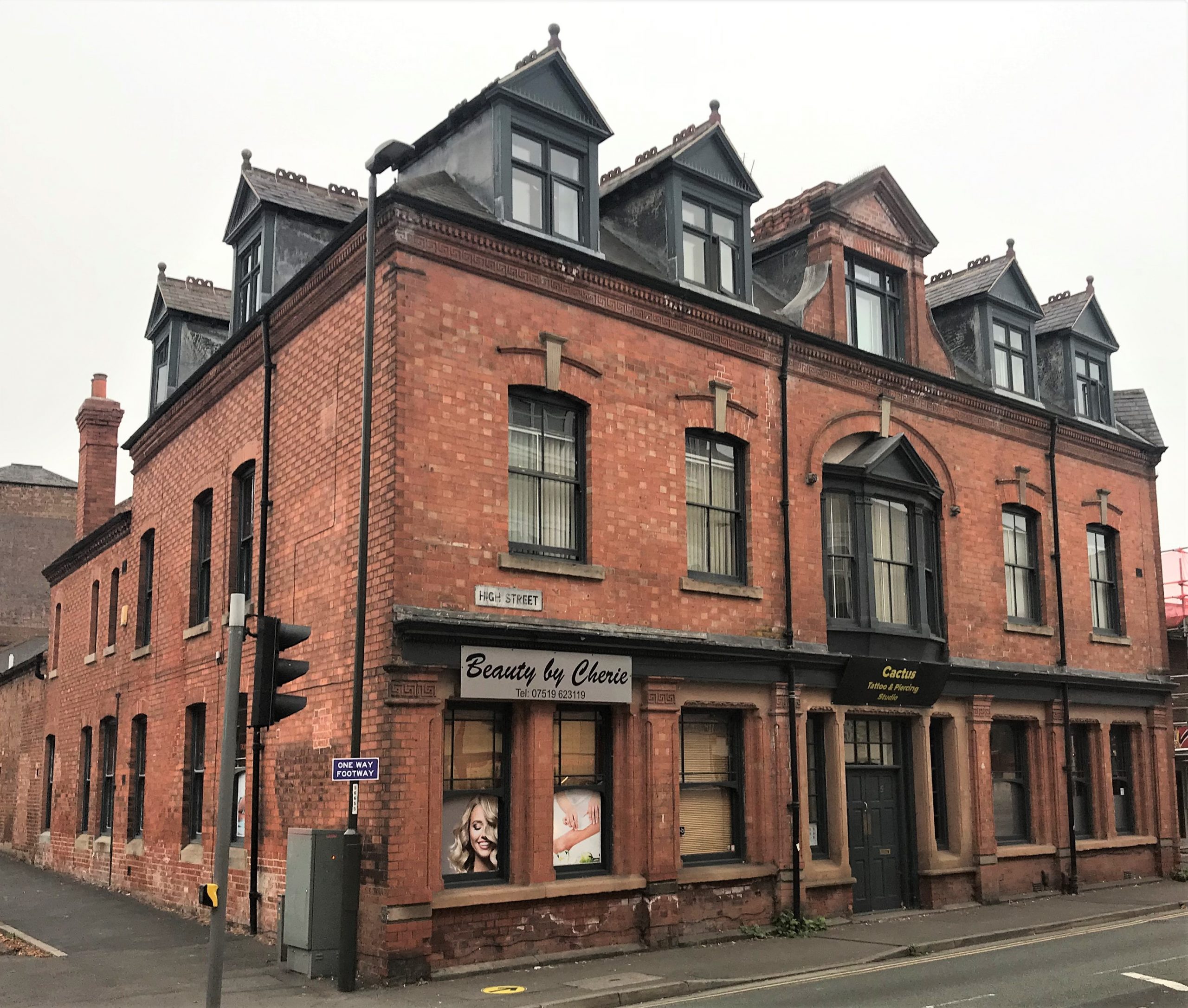 About 1893 the family again moved, this time to the New Inn in King Street, Derby and it was there that Edmund died in June 1894.
He was buried at Nottingham Road Cemetery in Derby.

Their mother was very frail and died in middle age.
Farmer John Flint died in November 1874, aged 52.
His wife Ann – ‘their mother’ – was also aged 52 when she died in Kensington, in February 1878.

“Coming up the road we come to a very pleasant looking house on the bank, right away from the road”.

Born about 1790 Ann Dorothy James was the daughter of mercer (textile trader) Samuel and Elizabeth (nee Roe) and had married Henry Sharp Horsley, book-keeper later hosier, in 1810.
After her husband died abroad in 1845, she lived with Eliza, one of her daughters — a dressmaker like her mother — and her brother Thomas Roe James, at one time in East Street and later in Nottingham Road.
The family had income from property and land.
Ann Dorothy died in November 1861, aged 62, and her brother in January 1863, aged 78.
Both were buried in St. Mary’s Churchyard.

“In this house lived a maiden lady, Miss Horsley.
“In later years the Rev. John Wilson, junior Wesleyan minister, had rooms in the same house”.

Too late to save his bacon !!

In 1856 the Ilkeston Pioneer reported a shocking story …
As John Knighton, the carrier, was returning from Nottingham last night, some worthless scoundrel stole from his cart a large piece of bacon, while between Gallow’s Inn and Mr. John Eaton’s on Nottingham Road.
Knighton had stopped at Mr. Revill’s Gallow’s Inn and left a side of bacon there, and then tied the remaining piece, as he thought, very securely to the cratch* of his cart, but to the astonishment of Mrs. Eaton and himself, when they dismounted the bacon was gone !
Search was made for it immediately, but only the paper in which it was wrapt was to be found, and that was picked up on the foot-road near Mr. Hobson’s. Some youths at a bonfire stated that they had seen a man walking behind the cart, who, doubtless, would be the thief.

John William Knighton the carrier set out from Granby Street for Nottingham every Wednesday and Saturday (and to Derby every Friday). It looks like he had delivered provisions to ‘Mr. Revill‘ at Gallows Inn on his return journey … this was Samuel Revill who traded as a grocer, close by the Horse and Groom Inn. What was left of the bacon was secured inside the cratch or trough, by the seat of his cart … and off he set for John Eaton who lived near to the White Cow beerhouse at Hunger Hill. And somewhere along the journey the bacon ‘escaped’. Mr Matthew Hobson lived at Field House, at the back of the White Cow, and so the foot-road would be a path in that area.

The Roses in Nottingham Road.

“Continuing up the road we come to another old house, gable to the road. When Mr. Rose, the rate collector, gave up the shoe shop in Bath Street, he, his wife, and daughter, Mrs. Phillips, came to live in this house”.

We shall meet William Rose and his family later in Bath Street.

In this area — at Grangewood House — lived the family of Wright Lissett, in the later years of the nineteenth century.
The house was built on the site of Joseph Siddon’s lodging house.
Writing in November 1891, in a letter to the Ilkeston Pioneer, ‘Kensington’ remembered …
Old Joe Siddons ‘Lodgings for travellers’ has disappeared; and this peculiarly designed villa on its site is the residence for the Town Clerk (Wright Lissett).
Joe was certainly still there in 1887, then aged 80 (so he said) and resting in his chair, when one of his lodgers — Margaret Smith — took his silver watch and chain, value £2 10s from out of his pocket and without his permission. The items were both found later under a garden hedge, while Margaret was found later at Derby jail where she spent the next two months. (She had pleaded guilty).

“There were no more buildings until we come to the old cottage opposite Regent Street. Here lived Mr. and Mrs. Richards and their two children”.

There is a Richards family matching this description at 17 Nottingham Road on the 1871 census.

“The girl became a dressmaker, the boy I am afraid I have forgotten”.

The Richards family was perhaps that of Nuthall-born labourer/gardener George, the illegitimate son of Elizabeth, and his wife Mary (nee Henson), daughter of labourer George and Fanny (nee Gadsby).

Coming from the Nuthall area to live in Nottingham Road the family appears on the 1871 census showing daughter Thirza, aged 22, as a dressmaker while ‘forgotten’ son Arthur, aged 12, is a scholar. (Eldest son Henry George had already left home to marry Dinah Owen in 1869)

The Richards left Nottingham Road to farm in Sandiacre/Dale Abbey area where father George was reunited with son Henry George.

“The last building on the east side of Nottingham Road was an old farm house. I remember going there for butter and eggs. I believe the name of the people was Gilbert”.

He married Mary Ann Allen, daughter of John, the sexton of St. Nicholas’ Church in Nottingham, and Elizabeth (nee Tong). The Bailey family held property in this part of Nottingham Road and into Park Road, comprising several dwelling houses — copyhold and freehold — outbuildings, an orchard, gardens and pasture land.

Their only child was John Allen Bailey who always “seemed to be in a chronic state of ‘elevation’, and whose weekly delight it was to sit on a wall in White Lion Square banging vigorously on a tin can in derisive accompaniment to the Salvation Army Band which performed in the Square on Sunday mornings”. (RBH)

Gilbert’s younger brother John, a plumber and glazier, had married Mary Ann’s younger sister Sarah Stella in January 1839.
When John died, Sarah Stella lived for a time with her sister and brother-in-law at their Nottingham Road farm.

And this brings us into White Lion Square and the streets leading off from it.

Below the site of the present St John’s Church in Nottingham Road there were no more than about 20 houses before reaching the Erewash.