The Lowe family at the Needlemakers’ Arms.

Adeline is not too well-acquainted with this area … “There was an old Inn down Hunger Hill, but unfortunately I forget the name.”

The ‘old inn’ may have been White Cow beerhouse — or more probably the Needlemakers’ Arms which was in fact in Kensington Street.

One of the landlords of the latter establishment was Cossall-born Samuel Lowe, son of Richard, weaver and one time Cossall Parish clerk, and Frances (nee Bradshaw) and uncle of grocer Samuel Lowe of South Street.
Trade directories of the 1840’s and 1850’s refer to Samuel as a keeper of a beerhouse in Nottingham Road.

In August 1858 he was granted a victualling licence, having kept a beerhouse in Kensington for the previous 20 years without a complaint against him. He was still there in 1865.

Samuel was an early bird, usually up and busy by about 4am, as was the case one Tuesday morning in 1865.
An hour after arising he returned upstairs to find that Mira had cut her throat. Dr. Norman was immediately called, successfully treated the wife who was then removed to the asylum at Mickleover for a time. A quarrel with a neighbour was thought to be the immediate cause of the attempted suicide although the Pioneer had no doubt that “she had been brought to a state of insanity through extreme drinking”.

In December 1867 ‘Jim‘ felt compelled to inform most of the populace of Ilkeston — or at least those who read the Pioneer — about this area.

He described what he had discovered as “one of the greatest evils of the town … Ilkeston is infested with a regular swarm of the lowest, beastliest, vilest characters that can be found in the world — women as have lost all decency, and as have sunk so low as to not scruple to use any means to carry on their devilish trade. They stand at the corners of the streets — they haunt the top of the cricket ground — but they are found in full bloom at Kensington and Hungar Hill. …. At one brothel on the Nottingham-road there is the most disgusting things going on every night…. they’s been about fifteen boys and young men drinking and smoking, and sometimes worse too, until four or five on Sunday morning. On Sunday afternoons and nights an’ all the house is chock full; little lads about 14 or 15 from agen us are always down there to spend their money when they’ve got it. ….. There is three or four more such like places in Kensington — one kept by a man named Shap (as is now in prison for stealing, …); he used to live in Grass-lane, but he was drove out of there, and then went down to Kensington. … At Hungar Hill, about four or five women live, as is either married or as keeps men on what they get in their diabolical trade. The misery and pain these places is causing you can’t tell. Just imagine how nice it was for them mothers as went the other morning at five o’clock, and fetched their boys from a awful house of ill-fame in Kensington. ….. There’s a certain public-house in Kensington as is always full on Sunday nights of Common chaps and good women. It’s a regular place for ’em to go to … I know nothing about the landlord, as he’s a stranger to the town (I think he comes from Nottingham), but I don’t think it does him much good to harbour such folks”.

If the public house mentioned by Jim is the Needlemakers’ Arms and the landlord referred to here is John Daykin, then he was from Sileby in Leicestershire. Certainly, by 1871, he kept the beerhouse with his wife Jane (nee Hutchinson).

Nottingham Road is the one at the top and Kensington Street, a dead-end, leads off from it.

It should be noted that the street was designated as ‘private’, one that benefitted primarily owners of property in that street and was not therefore a thoroughfare.

As a consequence the owners had to pay to repair or improve it.

Had it been a thoroughfare, used by the public for some time, then it would be repaired at the public expense, by the Local Board. 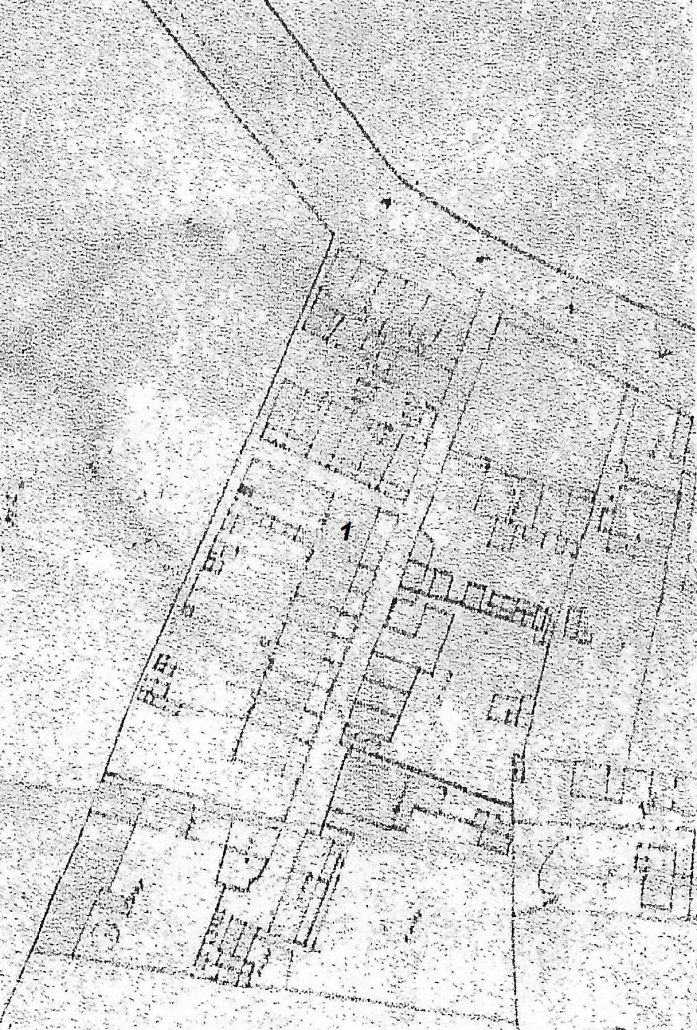 Imagine what it might have been like, taking an evening walk along the street towards the ‘Needlemakers’ at its end, and worse still, stumbling out of the pub after a few pints and trying to make your way home in the dark … no tarmacked road or slabbed pavement then !!! (as pointed out in this report in the Ilkeston Telegraph, May 10th 1873). 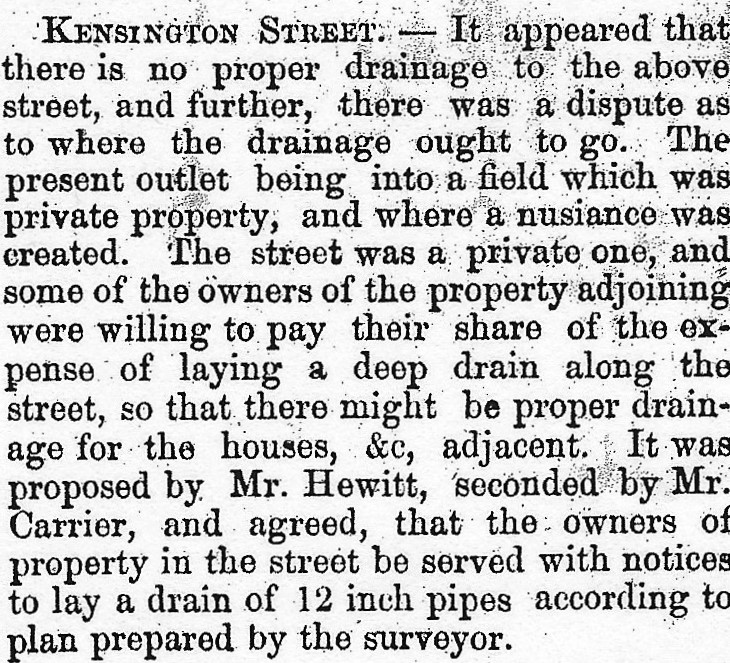 From 1874 to 1876 the landlord of the Needlemakers’ was Henry Beardsley … though when his licence was renewed in September 1875 he was cautioned for previously selling liquor during prohibited hours.
By 1881 Herbert Tatham was ‘mine host’ and was still there in the summer of 1887 when the inn was put up for auction.

Herbert was a son of needlemaker Benjamin and Sarah Hardy and the uncle of the other Herbert who died in 1882, and while still landlord at the Inn he received a visit from Capt* Henry Stair Sandys, in the summer of 1884.
For many years the Captain had been the local Inspector of Weights and Measures and was often out and about, around the town, ensuring that local tradesmen and women complied with the law and were not ‘short-changing’ their customers. And he himself was never ‘short-changed’ when it came to catching traders breaking the law.
Henry’s visit to the Needlmakers’ Arms resulted in a visit by Herbert to the Ilkeston Petty Sessions a few weeks later. There he pleaded guilty to selling adulterated whiskey … adulterated that is with 8% water. He was fined 1s with 10s 6d costs. But he was not the worst offender caught by the Captain in his summer scourge.
Down at the bottom of Nottingham Road the Inspector had popped into the Horse and Groom, then licensed by John Trueman, but kept by his son-in-law Owen Bostock. There the added water was 9% and that little bit extra meant a larger fine of 5s for John!!
And up Nottingham Road and then right, into South Street was the Nag’s Head Inn where widow Sarah Turton had been licensee since the recent suicide of her husband Charles. After analysis the whiskey was found to have been ‘watered’ although Sarah argued that it could have evaporated while in its keg. Her ‘clean criminal record’ meant that she was fined much the same as Herbert Tatham.
John Hill at the Brunswick Hotel tried the same defence argument as Sarah but as the level of added water was 12% he suffered a greater fine … 5s and 10s 6d costs.
But the worst offender was found at the Three Horse Shoes where landlord John Harvey also ‘welcomed’ the Captain. Here the added water was shown to be 24%, making the whiskey 49° under proof. John declined to appear at the Petty Sessions when a fine of 10s with 12s 6d costs was slapped on him.

*Henry Stair Sandys was styled ‘Captain’ because he was a retired Royal Navy captain.

In July 1893 William Beer (!!) was landlord and surrendered the licence to Edward Worton who came from the Victoria Inn on Awsworth Road. The latter was still there in 1896, though his wife was not !! … having left Edward a few years earlier.

The Flinders family at the White Cow.

Adeline remembers …. “another (beerhouse occupied) by the Flinders.”

We are now opposite what was to be the site of Kensington Board Schools, at what was 70 Nottingham Road in 1871.

Benjamin Flinders, needlemaker later publican, son of lacemaker Thomas and Elizabeth (nee Brentnall) was another resident who lived for most of his adult life in the Nottingham Road area.

In 1842 he married Dale Abbey-born Mary Taylor, the daughter of farmer Samuel and Hannah (nee Blower) and then lived in the Hunger Hill or Kensington district of that road.

From about 1860 Benjamin was proprietor of the White Cow beerhouse there — a beerhouse since about 1826.
The previous keeper had been James Gould, born at Castle Bromwich, then in Warwickshire – and who also appears as ‘Gold’ and ‘Gouldingay’.
James died in May 1862, as ‘Gould’, in Hungerhill, aged 87.

In September 1874 Benjamin’s application for a victualler’s licence was refused, as it was in 1875.
In September 1876 he applied again. Now he argued that there was more of a need for a licence as 67 houses had been built in the neighbourhood in the last two years, 25 within the last year. Again he was refused.
And again he was refused in 1877.
And again, in 1878 — despite the appearance of another 60 new houses in the vicinity within the last year.
And despite the fact that the population of Ilkeston had doubled in the last 12 years, the magistrates had granted no new indoor wine and spirit licences in that time.

When Benjamin died at the White Cow in September 1879, his widow took over the beerhouse’s license, assisted by her niece Mary Ann Bloor, daughter of David and Priscilla (nee Taylor).
Mary succeeded where Benjamin had failed — she was granted a victualler’s licence in August 1885 … opposed only by the Ilkeston Temperance Societyand the Blue Ribbon Society, which had extended its influence from America to Britain in the early 1880’s.  “It appeared to oppose everthing”  remarked the Derbyshire Advertiser at the time. 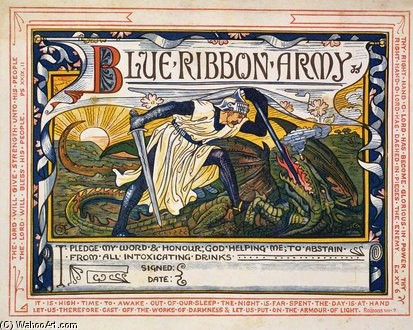 Mary Flinders died at the White Cow in 1893.

Born in 1842, the son of Benjamin and Mary, needlemaker Samuel Flinders also seemed attached to this area.
He lived most of his life in either Nottingham Road or Regent Street and died in Hunger Hill Yard in March 1916.
His wife Eliza (nee Spencer), the daughter of Nottingham Road/Regent Street lacemaker Hillary and Selina (nee Bell), died at 15 Dale Street, the home of their only daughter Sarah and husband Frank Hobson, son of Matthew and Jemima (nee Grammar) whom we met in the Market Place.

Daughter Hannah’s marriage to licensed victualler Edwin Hall in February 1882 took her further afield.
For most of the next decade Edwin was landlord at the Sir John Warren Inn in the Market Place while Kelly’s Directory of 1891 lists him at ‘the Rutland Hotel and headquarters of the Ilkeston Bicycle Club’.
They were together there almost until the end of the century when Edwin died at the hotel in 1898, aged 53.
Hannah continued alone.

The two inns in later life, before converted to other use. 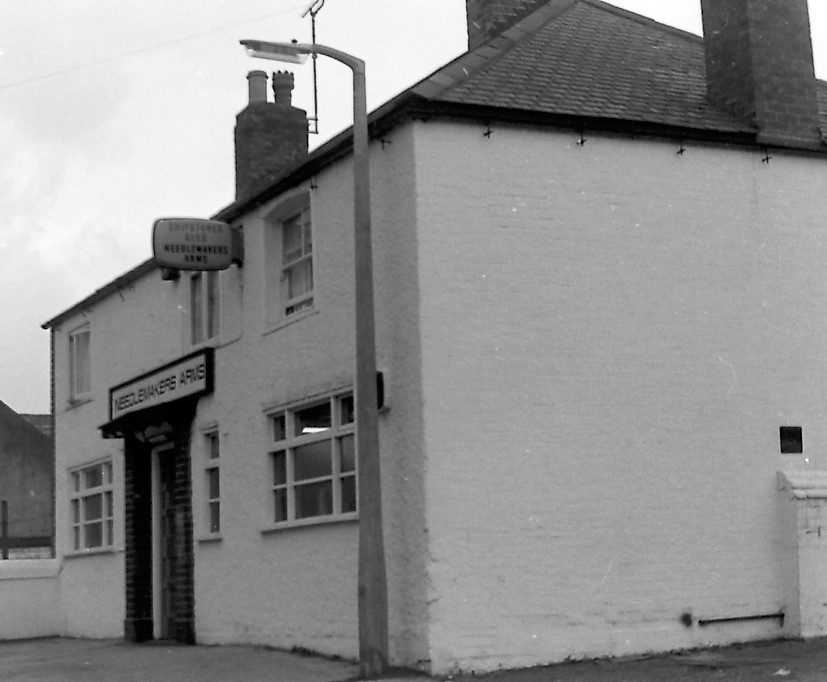 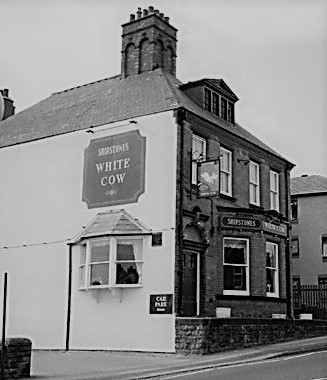 We now pause at Hunger Hill to consider the background to one of its inhabitants … the Frost family .. with the considerable help of contributor Alan Smith.

Or we could continue down Nottingham Road ?