The Dawson family at the Canal Side

My sincere thanks go to Pete Dawson for providing all of the illustrative material and much of the detail of this family history.
Pete is the great grandson of William Dawson junior and it is with William that this section begins.

William Dawson junior was born in Bullbridge, close to Crich, Derbyshire, in 1846, the eldest son of boat builder William senior and Bessy (nee Pearson), and was baptised on April 12th of that year, at St Mary’s Church in Crich.

Born in the latter part of 1844 the oldest child in the family was Mary, possibly an illegitimate daughter who was to die in Ilkeston in May 1858. Also born in the Crich area in 1848 was daughter Hannah.
Just a few years later the family moved to Shipley, on the outskirts of Ilkeston where son George was the first ‘Dawson’ birth to be registered by George Blake Norman, the district’s Registrar of Births and Deaths, in 1850.

By the 1851 census the family had arrived at Shipley Boat — to live alongside the established and ‘multi-trading’ boat owner and builder/sawyer/timber merchant/victualler/farmer Robert Noon.
And by the 1861 census the Dawsons had moved to Canal Side in Ilkeston — close to Barker’s Bridge on Awsworth Road — their home for many years to come. William junior was now working as an apprentice with his father.
In 1867 he married Maria Winfield at the Wesleyan Reform Chapel in Beckett Street, Derby — she was the daughter of Cotmanhay framework knitter George and Eliza (nee Knighton).

Apart from a brief stay at Shardlow Wharf, the Dawson family members were happy to remain in the Canal Side area for the rest of the century and into the next. By this time William was described as a ‘timber merchant, wheelwright and saw mill proprietor’ of Awsworth Road. (Wright’s Directory 1894-1895). 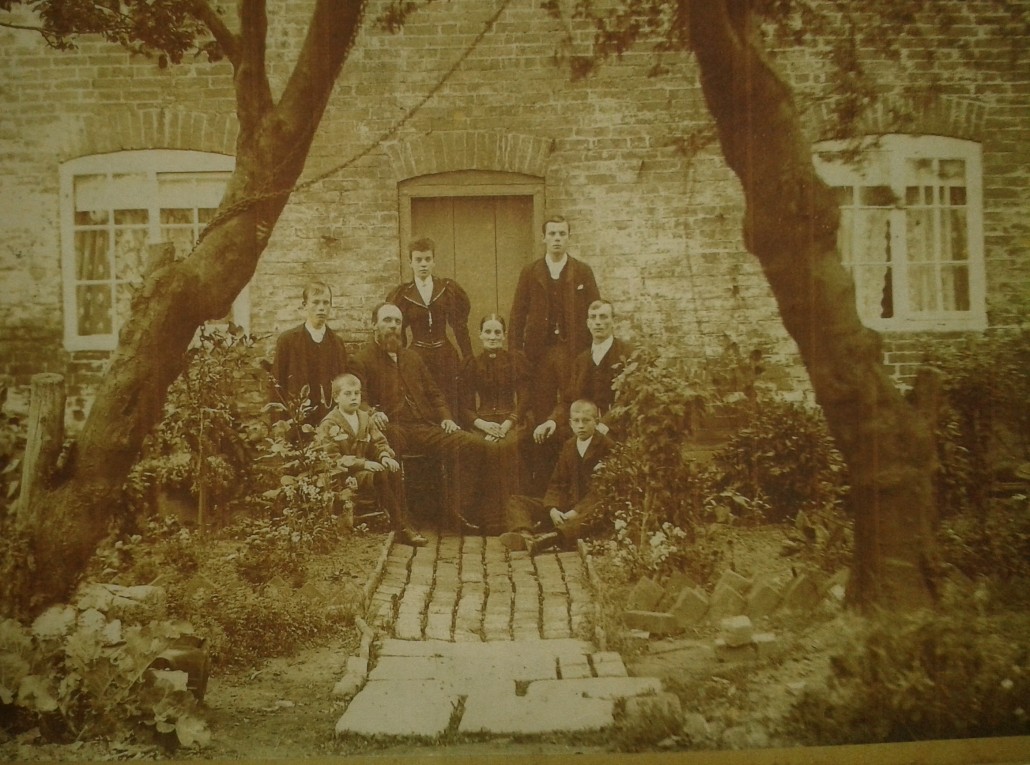 The Dawson family at Canal Side, Ilkeston, dated c. early 1890s. (From the personal collection of Pete Dawson)

Seated in the centre are William and Maria Dawson.
At the rear are only daughter Lilly (born 1872) and son John Arthur (born 1870). On the far left is son Albert (born 1877) while eldest child William Henry (born 1868) is on the far right.
At William’s knee is youngest child Lambert (born 1885) and seated on the ground, right, is George Edward (born 1879).

” … according to my aunt’s memory (Gladys May Dawson) her grandfather (William Dawson junior) lived on the left side over (Barker’s) bridge i.e. opposite the wood yard (at the bottom of Duke Street)…..She also said it was near Bennerley viaduct as they let the horses run in the fields underneath” (Pete) 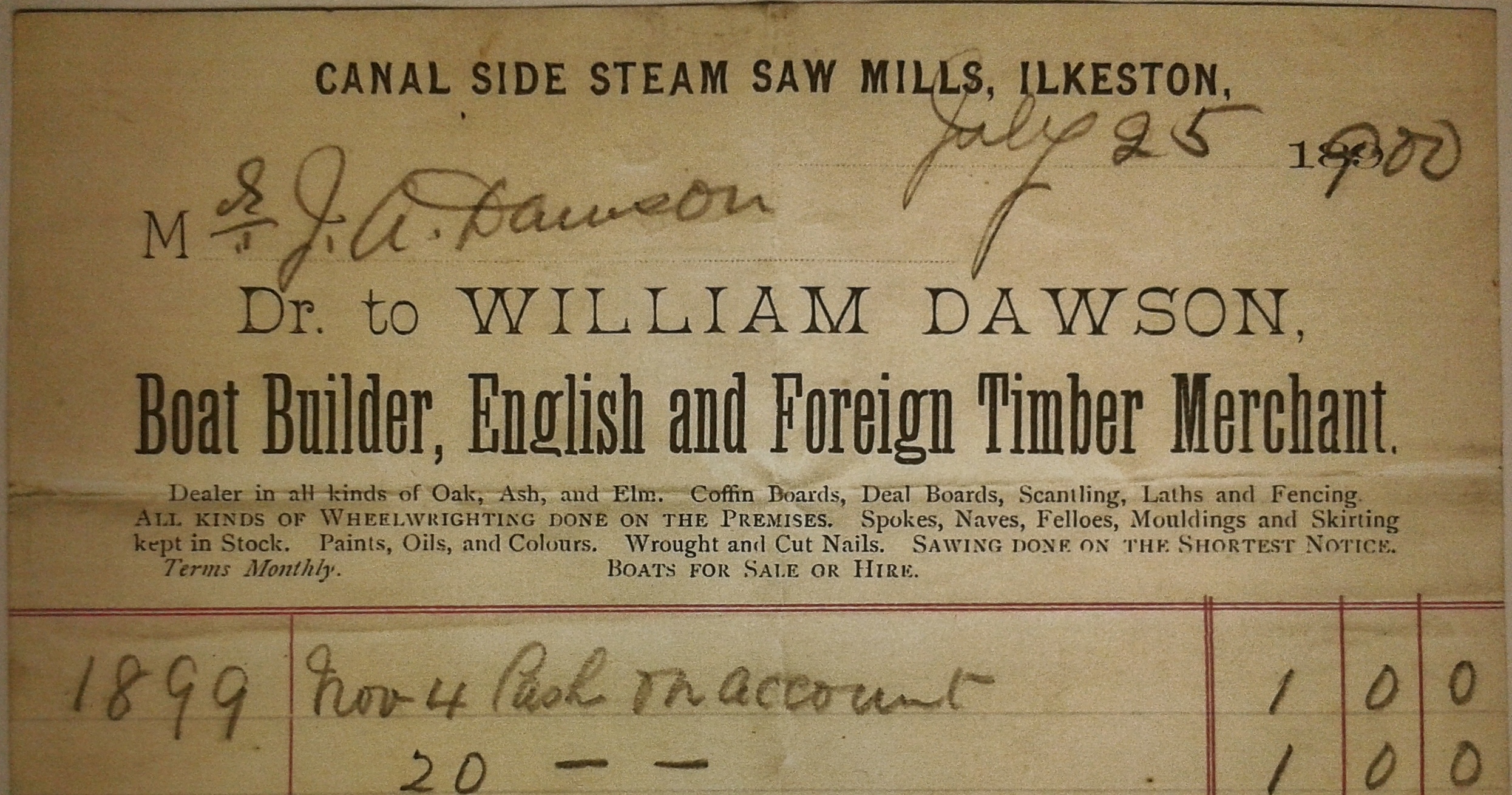 P.S. And before William junior ??

Elizabeth ‘Bessey’ Pearson was born in Crich, Derbyshire in 1820, the daughter of lime burner Peter and Hannah (formerly Hall).
On November 10th 1844 she married boatwright William Dawson at St Alkmund Church in Duffield, and for a few years the couple lived in the Crich area where the first of their children, including William junior, were born.
Both White’s Directory of 1857 and Harrison, Harrod & Co’s Directory of 1860 record William senior trading as a boat builder on Ilkeston Common

And on to son William Henry ….