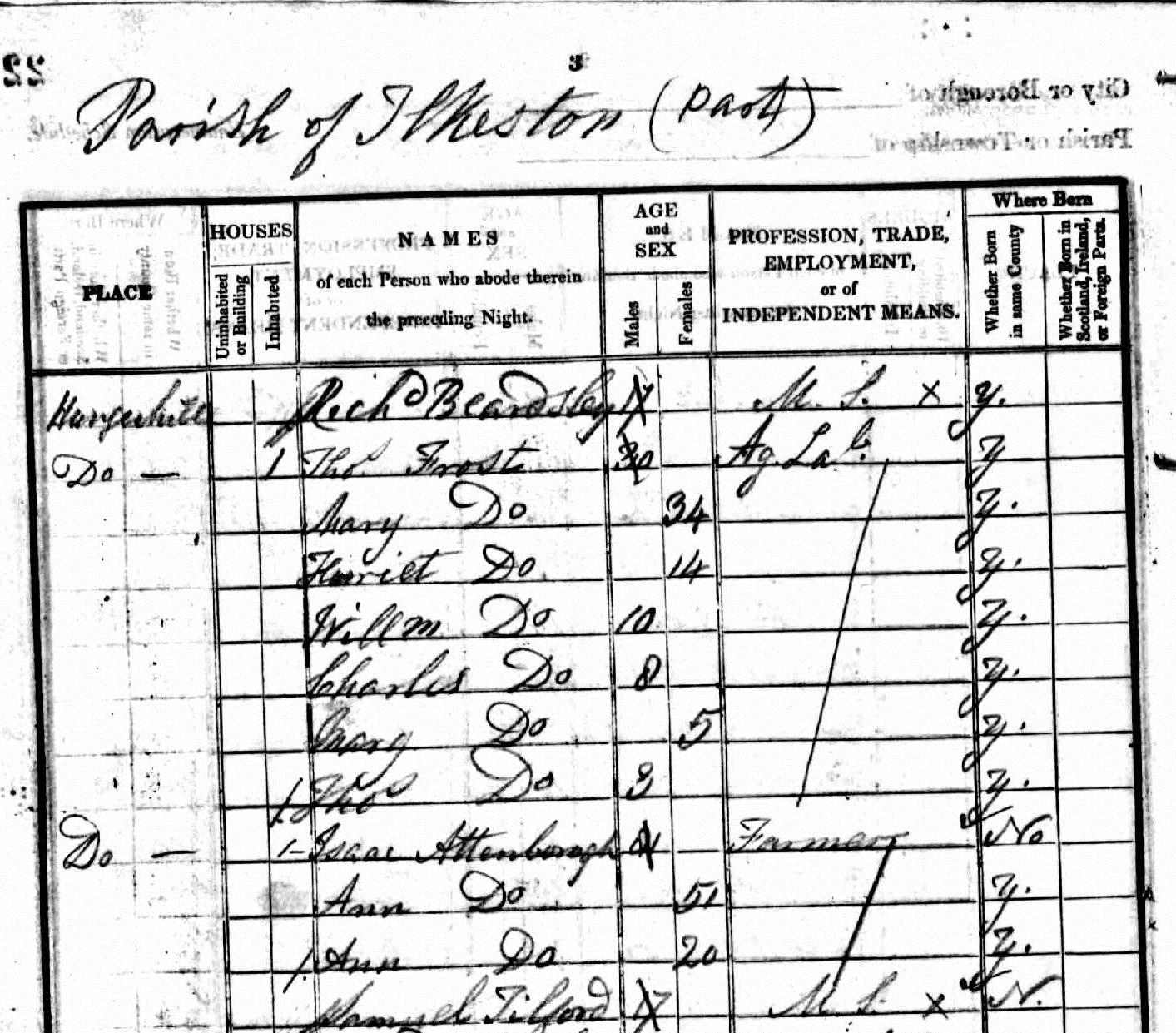 Having discovered Thomas’s family on the census by having searched for his son William, we can see (from the 1841 census) that Thomas and his wife Mary are well ensconced into family life with having had 5 children.  Thomas was employed as an “Ag Lab” (Agricultural Labourer), and the family were living in Hungerhill area of Ilkeston (off the Nottingham Road).

Of note here is the age difference between Thomas and his daughter Harriet, just 16 years between them, which therefore speaks of Thomas being aged 16 when she was born.
Also of note is the listing of Harriet, for I have been unable to find a birth/christening for Harriet that links with Thomas and Mary.  I did find a record of a christening in Derby in 1827 (the year of Harriet’s birth according to the census) to a Thomas Frost and Margaret, but with further research showing further children to this couple, this christening has been proven not to be ‘our’ Frost’s, maybe time will afford us more information about her.

Note the use of abbreviated names for Thomas and William.

Below is a section of a map obtained from Ilkeston Library, I believe it to be dated to the late 1880’s, and it clearly shows the area of Ilkeston known as Hunger Hill as being near the top of Nottingham Road in what would now (in 2014) be the Kensington / St Johns Road / Park Drive area of said town. 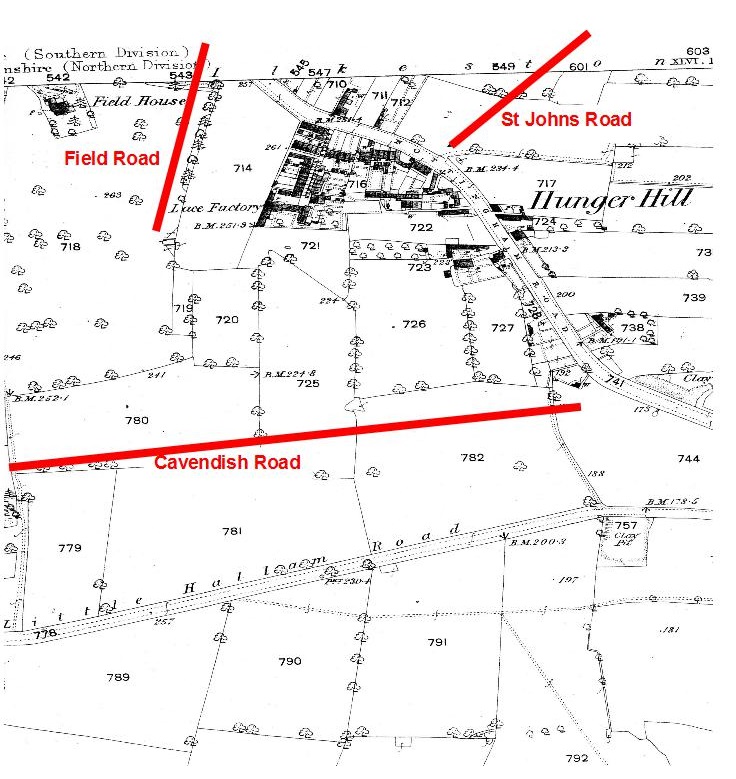 I’ve overlaid some ‘modern’ roads (in red) onto this map to give a better sense of where Hunger Hill was.

The 1851 census finds the Frost family still living in the Hunger Hill area of Ilkeston, but at least – compared to the 1841 census – we’re now able to add a little bit more to hitherto unknown facts regarding the family, such as place of birth and relationship to the head of the household.

Although the writing on the census image below is very faint, Thomas is aged 41, still employed as an “Ag Lab”, and born in Little Hallam.  Mary is aged 49, born in Ilkeston, William is 20, Ironstone labourer, Charles is 20, also an Ironstone labourer, Mary is 16 and is employed on ‘House Work’, being born in Kimberley, Nottinghamshire, Thomas is 13, employed as “Ag ab”, also born in Kimberley, and lastly we see Ely (Eli) aged 9, he was born once the family were back in Ilkeston from their stay in Kimberley.

Speaking of Kimberley, it is unknown as to the exact duration of their time there, but we know that Mary and Thomas being approximately born five years apart (see before); so they lived in Kimberley for at least five years.

1852 It is in this year that things change for the Frost family, for in the 4th Quarter of this year; Mary… Thomas’s wife of twenty two years; passes away, she would have been 50 years old.

And now on to the later censuses