The home of the Frost family on the 1861 census (below) is shown as “White Lion”.

According to the census:

White Lion Square is an area between the top of Nottingham Road and its junction with South Street (see section of map below).
I believe it’s still called White Lion today (when I worked on the buses in Ilkeston in the late 1970’s early 1980s it was known then as White Lion Square).  As to the origin of the name I’m not sure, but I do know there once was a public house there named ‘White Lion’. 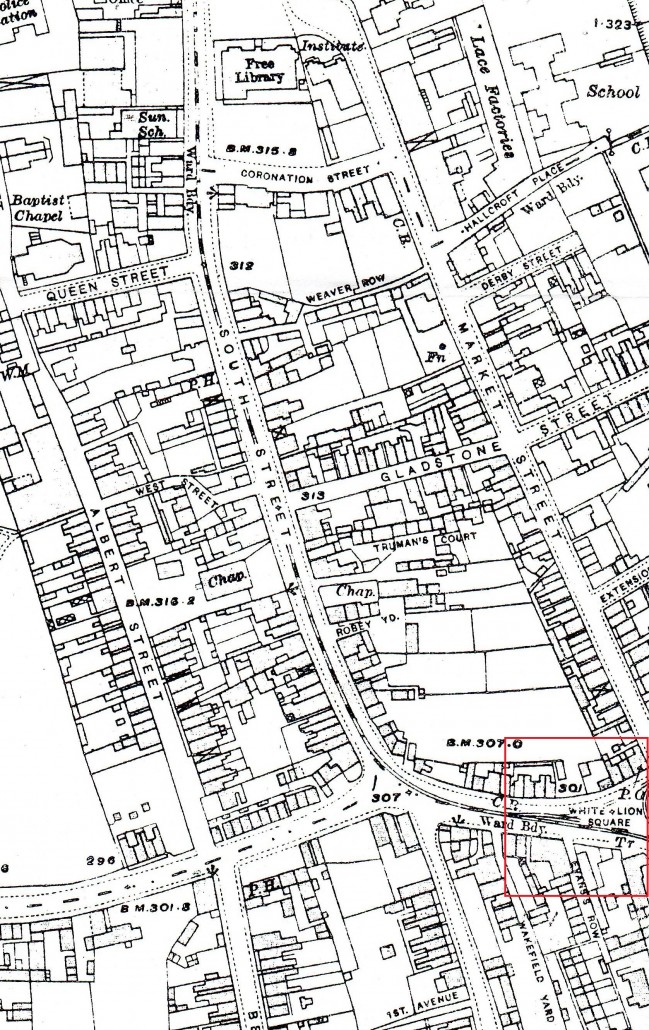 According to the 1871 census, Thomas, his daughter Mary, and her two children are found living at No3 Gilbert Court (Gilbert Place) as shown below: 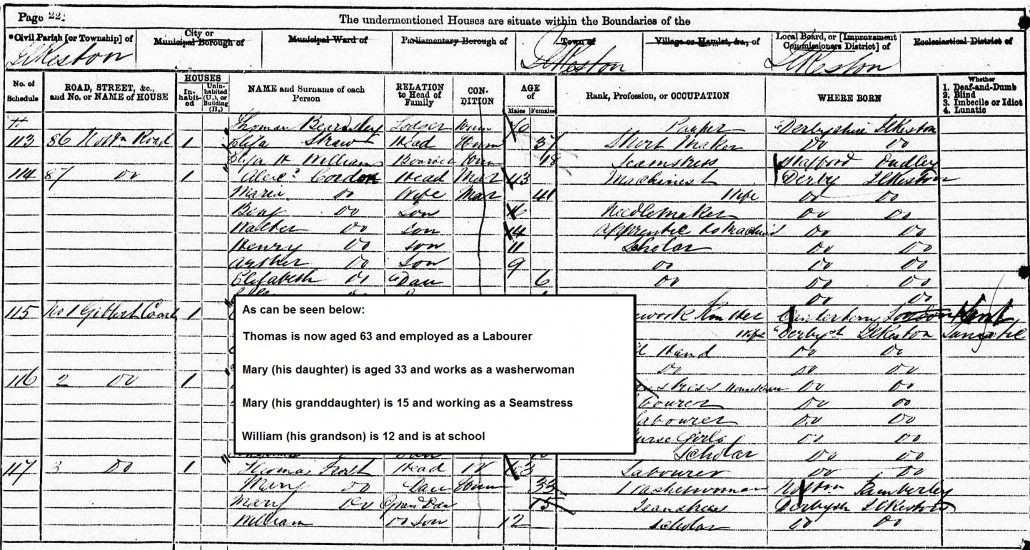 A closer look at Gilbert Place (or Court)