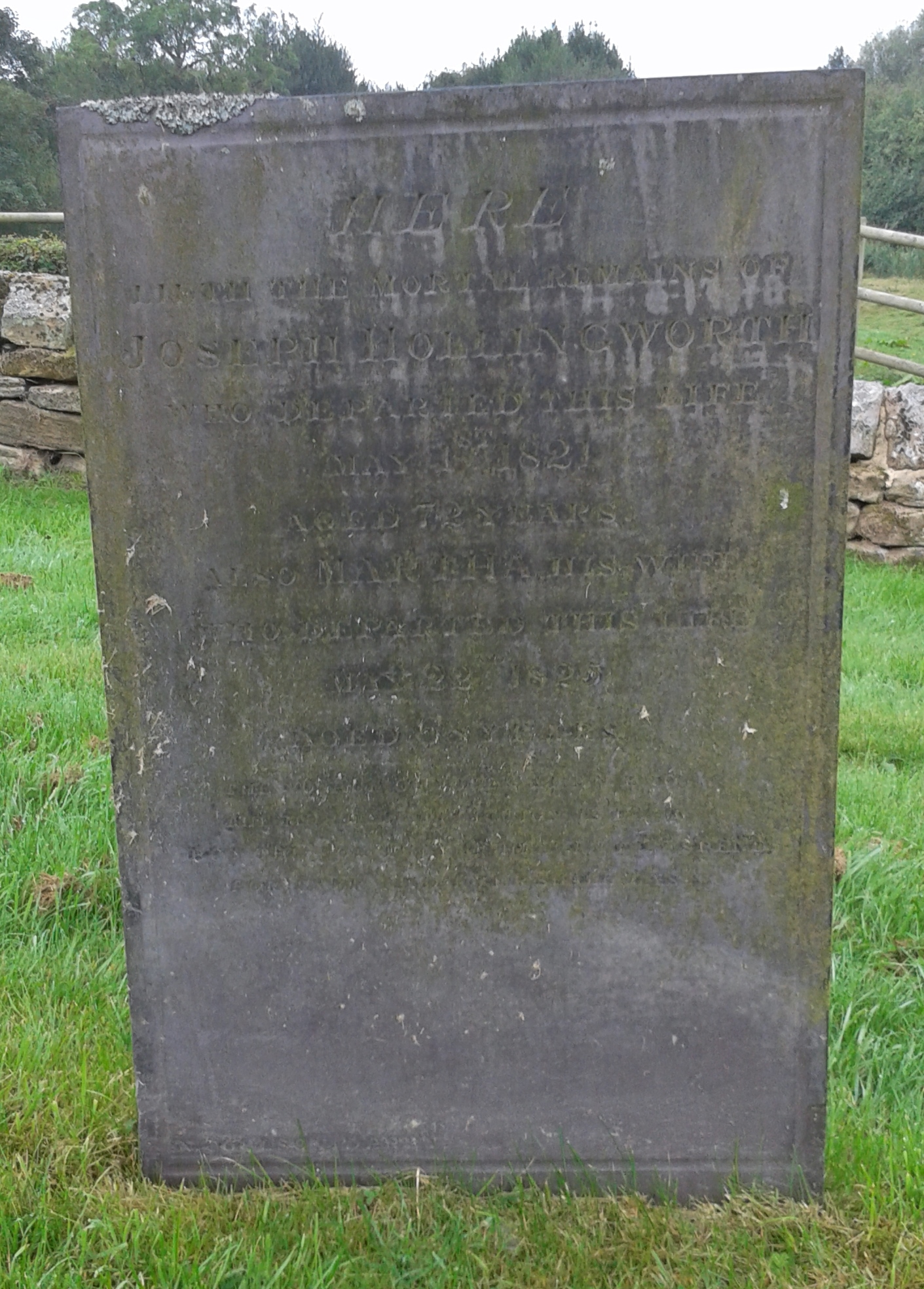 The voyage of life's at an end, The mortal affliction is past, But the age that in Heaven they spend, For ever and ever shall last.

There is a collection of Hollingworth graves in Dale Abbey All Saints Church.