“When the Wesleyan Church in Bath Street was built, the Methodist New Connexion took the small chapel in Market Street. This building disappeared many years ago.”

The Wesleyan Church in Bath Street — some of you might remember — was a large Chapel, with a distinguished spire, which had a prominent position in Bath Street, standing where the Wilko Store is now sited (2021). It was built about 1896-98. You can find a photo of it here.  However there was an older and smaller Wesleyan Chapel built in 1873 just behind this imposing chapel — again you can find a drawing of it here. The ‘Old Wesleyans’ left their Market Street chapel to move into this Bath Street chapel in 1873, which of course left a ‘spare chapel’ for someone to occupy.

The Methodist New Connexion had been the first movement to break with the main body of Wesleyans, shortly after Methodist preacher Alexander Kilham (right) wrote a pamphlet advocating certain radical views in 1795. One of these views reflected his wish to reform Wesley’s position that Methodists should go to the Parish Church to partake of the Sacrament of the Lord’s Supper. He suggested instead that people should receive the ordinance of the Lord’s Supper at their own places of worship and from their own ministers.
He also desired that the laity should have a greater say in Methodist Church government.
These proposed reforms didn’t go down too well with the established Wesleyan opinion, such that the Wesleyan Conference expelled  him in 1796.
A year later, with fellow preacher William Thom, he had formed the first major non-Wesleyan Methodist Church, initially called ‘The  New Itinerancy’  but soon to become known as the Methodist New Connexion. 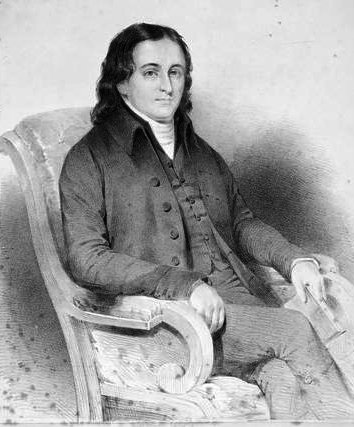 The New Connexion in Ilkeston

Although expanding quite rapidly in the late 1790’s, the Kilhamites suffered a reverse at Ilkeston.
They made attempts to gain possession of the town’s Wesleyan chapel but were rebuffed, the congregation shouting “Old Methodism for ever!  From this day we will double our subscriptions”.
Consequently Ilkeston was viewed as a lost cause by the New Connexion which doesn’t seem to have made a more permanent appearance in Ilkeston until 1873.

In that year it was a very small society in the town, centred on the family of Samuel Hudson, a lacemaker born in Loughborough but trading in Nottingham where he married Elizabeth Ashby in 1856. With five sons the couple moved from Ortzen Street in Nottingham to Ilkeston about 1866/67. The youngest son, Samuel junior, died in Ilkeston in December 1867 and the 1871 census shows the family at 14 North Street, where Samuel is described as ‘lacemaker and (misleadingly?) Primitive Methodist local preacher’.

Two years later, with his wife, two of his sons John and Edwin, and a few others, Samuel formed a Methodist New Connexion meeting group which grew slowly over the next few months until, in November 1873 the New Connexion bought the Market Street Chapel, vacated by the Old Wesleyans, for £280. At that time there were 15 members in the group — the chapel had been built to seat 200 !!

1889: A new chapel in Stamford Street

On September 23rd 1889 the memorial stones of a new chapel and classrooms were laid down in Stamford Street, Samuel Hudson being present as a Church representative. Abraham Harrison Goodall of Nottingham, employed as the architect, had designed a structure in Gothic style to accommodate 560 people. The nave was to be 60ft by 24ft, but with the aisles, the total width would be 48ft. It was planned to use the nave for religious services while the aisles would serve for Sunday school purposes: the two would be separated by iron columns supporting pressed brick arches. At the rear of the chapel, behind the rostrum was a raised choir gallery, with four classrooms underneath. At the front two entrances were designed, through two lobbies, at the end of each aisle. The roof was open timber work, stained and varnished, and at the front was a five-light lancet window looking out onto the street. Alongside was incorporated a turret with stone spire.

Entrusted with the building work were Frederick Shaw & Son, of the Manor House, with works premises in Rutland Street, and one of their first acts was to pull down the old chapel in Market Street — a lot of the material was ‘reclaimed‘, to be used on the new building and saving an estimated £300 in building costs. With the purchase of the land from the Duke of Rutland, the new chapel’s expense was thought to total nearly £900. Temporarily the vestry attached to the existing chapel would be employed for worship.

On December 5th 1889 the new chapel was officially opened. And a week later the land on which the old chapel in Market Street had stood had been cleared and was put up for auction. It measured just over 400 square yards, with a frontage of 80 feet.

The Stamford Street premises closed as a church in 1963 to be reincarnated as a car showroom…. and then ? 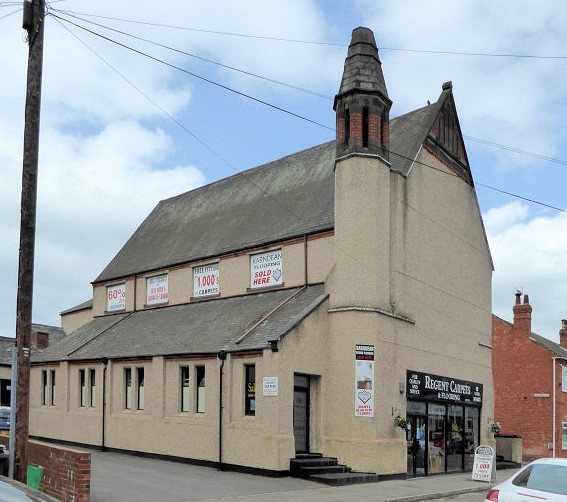 From bricks and mortar to bones and blood …. The ministers at the South Street chapel)