Walking from the Old Harrow Inn and its next door neighbours ….. 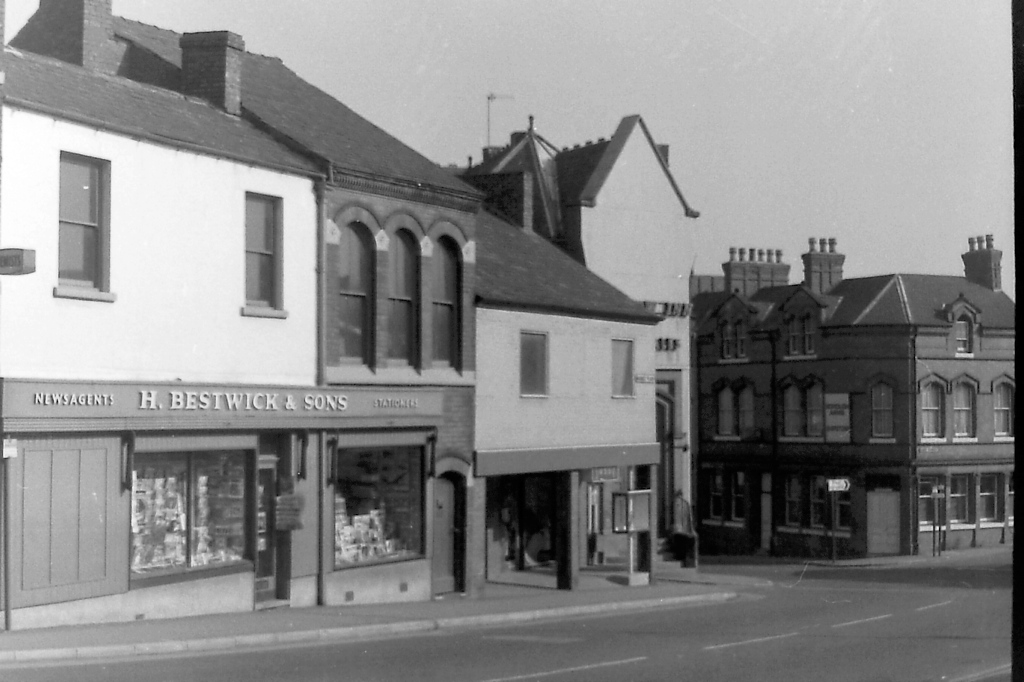 Remember this scene ?
The Borough Arms on the right, the Harrow Inn just peeking out, and newsagent Nelson Bestwick. (Jim Beardsley) 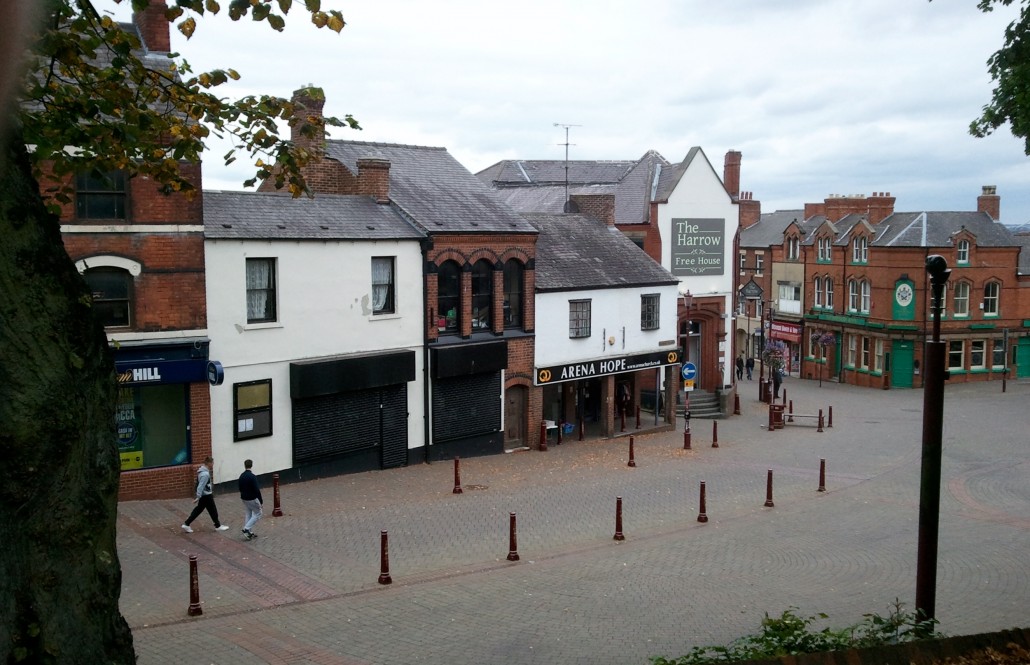 The Lower Market Place in 2015 , with the Harrow Inn (minus the ‘Harrow Corner’).  And there, just appearing from around the tree on the left-hand side, is the Merry emporium.

Adeline writes … “The next two shops were taken by Mr. William Merry (?) and his two sons, William and Jim. This family came from Derby. They all attended the Independent Chapel in Pimlico”.
This was 11 Market Place in 1871 and still in 1881. 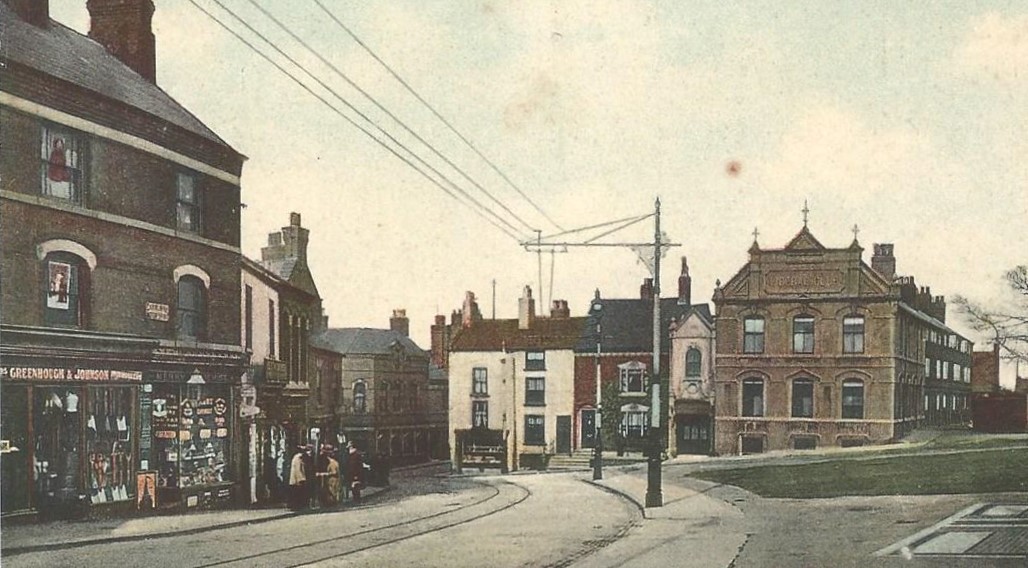 The photo above was taken at the end ot the Victorian era. On the extreme right is the alley known as Anchor Row, then, walking to the left, the imposing Liberal Club building and at the end of that row two shops with white facades — the right-hand one being occupied at one time by auctioneer and estate agent Edwin Sutton. In between was the so-called ‘Doctor’s House‘. Next is East Street and across the road is the Borough Arms. The Harrow Inn is largely obscured, and returning up the north side of Lower Market Place, where the group of pedestrians is located, another building with a white facade — the later Bestwick Newsagency, seen in the photos at the top. 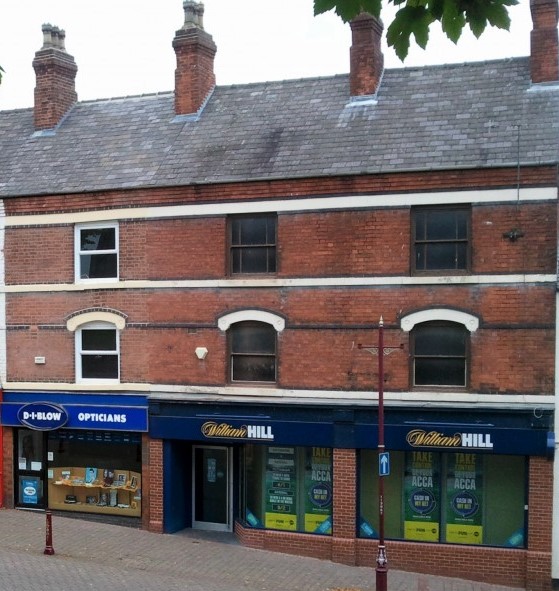 It was Thomas Merry not William (as Adeline writes) who initially set up shop in the Market Place as grocer, druggist and ironmonger.
He had married Elizabeth Cholerton, daughter of Derby coach timber bender Thomas and Mary (nee Stansby), in May 1832 and the couple had four sons and a daughter —  William, John, Thomas, Ann and James.
This shop was previously occupied by grocer and chemist Thomas Harrison who had left the town about 1842/3 and then by John Buxton.

Thomas Merry had learned his trade from John Sandars, grocer, and hop and seed merchant of the Market Place in Derby (Alderman, J.P. and later Mayor of Derby).

The Merry family moved from Derby about the autumn of 1846 to settle in the Market Place of  Ilkeston.

Born on July 22nd 1834 and educated at the Ockbrook Moravian School,  William, also a druggist, married Elizabeth Hannah Sudbury, third daughter of Francis and Ann (nee Mather) on May 8th 1860 at Ilkeston Independent Chapel and went to live in South Street, in a property provided by his father-in-law.

At the beginning of 1864 his father transferred that part of the business which included ’the chemicals, drugs, oil, etc. department’ to William who then moved to live with his father in the Market Place. And a few years later he took over the ironmongery which had been managed by his younger brother James (see below). 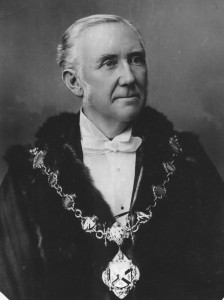 In 1894 William disposed of the ‘ironmongery, plumbing, gas fitting and glazing departments‘ of his business. These were taken over by his two erstwhile assistants — Samuel Greenhough (1861-1944) and Benjamin George Johnson (1870-`1944)

William and Elizabeth Hannah retired to Parkhyrst, below, in Park Avenue. 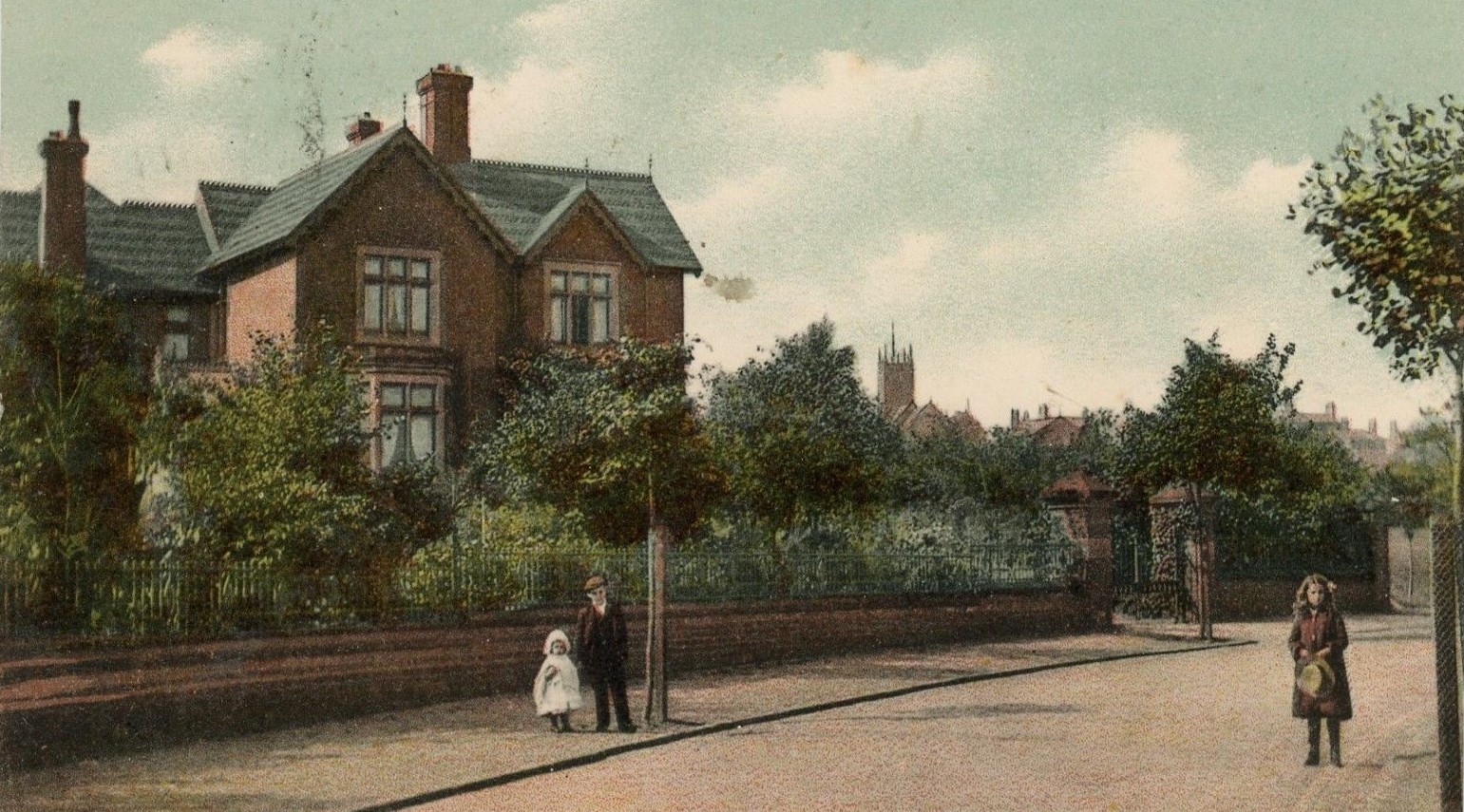 William and Elizabeth Hannah both died there in December 1906 and December 1916 respectively. They were buried in the family grave at Ilkeston General Cemetery — about 40 metres along the central path, standing back and on the right, under a large stone Celtic cross. Buried in the same grave are their children, Annie Elizabeth (first child), Frank Cholerton (eldest son) and Annie (fifth daughter, despite what is inscribed on the gravestone).

In July of 1917 the contents of the home were auctioned off  and then in September 1919 Parkhyrst was opened as a Maternity and Children’s  Home, having been purchased by Ilkeston Town Council a few months earlier.

2. In 1861 second son John Cholerton married Mary Hannah Boden, eldest daughter of Derby baker Francis and Ann (nee Wheeler).
He then returned to Derby where he worked in the timber trade with his younger brother Thomas.
John Cartwright recalled that he died about 1891 in Edinburgh, by which time he was employed as a commercial traveller.

4. Daughter Annie married at the Independent Chapel in September 1865, to William Christopher Moon, a travelling salesman in the chemist/druggist trade from the North East. The couple eventually settled at Gateshead.

5. Jim later on left the town (recalls Adeline)
Youngest son James was the ironmonger of the family but having married Eliza Jane Turner in May 1868 he left Ilkeston about 1870 with his wife and two children allowing his brother William to absorb the ironmongery.
James however continued his very successful trade at 86 St. Mary’s Road in Glossop and was there at the end of the century with his second wife Agnes (nee Hicks), eldest daughter of John Michael and Agnes Dolce (nee Whitehead). His first wife Eliza Jane had died in 1881.

John Cartwright was an apprentice in the Merry store. We can read more about him as we explore Stanton Road.

However many other workers passed through the Merry ‘portals’ as shop assistants. One of these was Samuel Greenhough (1861-1944).

From 1877 until 1882 Samuel was schooled in the ironmongery trade at Belper with the guidance of John Loving. Then he secured a position as assistant at Merry’s Market Place establishment and moved to Ilkeston.

Two years later — on Christmas Day 1884 — he married Emma Jane Morley (or Moorley) at St. Michael’s Church in Stanton by Dale. The bride, a daughter of farmer Henry Tomlinson Morley and Penelope (nee Goodwin) had a rather convoluted family history which we will explore as we walk along South Street later. Samuel’s partner was another ‘Merry assistant’, Benjamin George Johnson.

In 1896 William Merry’s daughter, Annie, married Benjamin George Johnson. Sadly Annie died just three years later — January 9th 1899 — and after another three years, on July 23rg 1902, Benjamin George married Annie’s younger sister, Carrie Gertrude Merry.
(Until the Deceased Wife’s Sister’s Marriage Act of 1907 it was forbidden for a man to marry the sister of his deceased wife. Any man who did so was not guilty of bigamy but of incest, and any children born to that incestuous marriage were illegitimate). 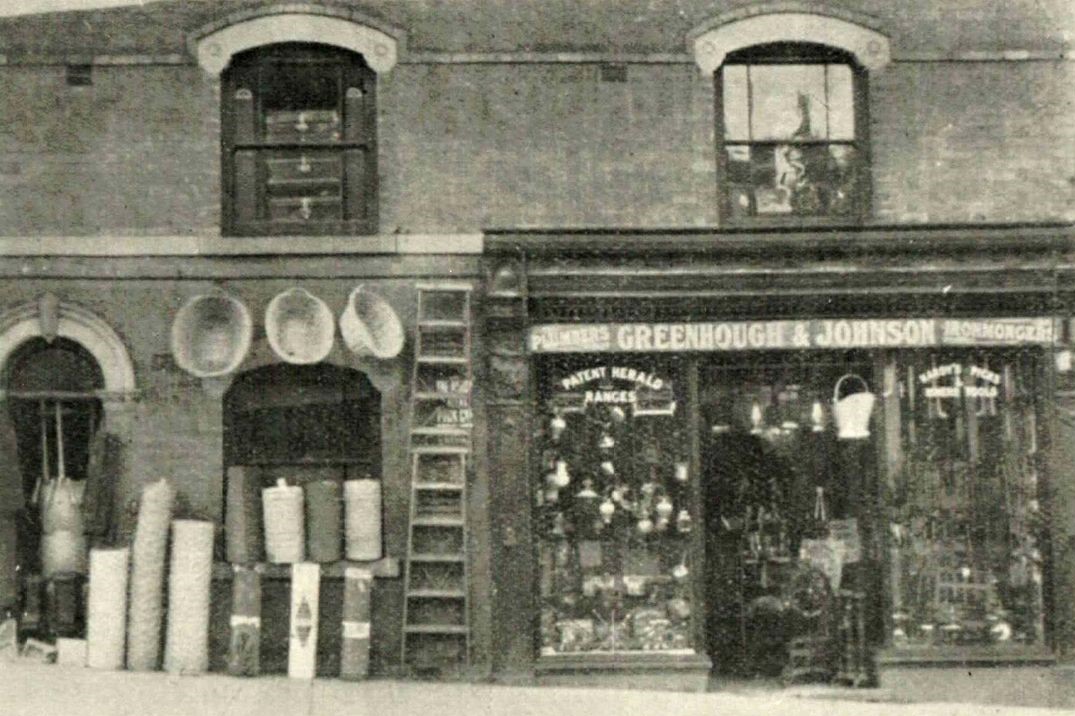 After the Merry emporium we are at the shop of Mr. and Mrs. Childs.