William Frost on the census (by Alan Smith)

When it came to finding William on the census, a case of reverse research was used, for it was easier to find him on the later census than the earlier ones (1841 and 1851), and by employing this method we at least gained an understanding of the time of his birth… c1830.
After further research into the census we eventually find William and his parents on the 1841 census, and as can be seen from the excerpt (betore), William (aged 10 – which matches his hitherto approximated age) is living on Hungerhill… an area of Ilkeston off the Nottingham Road, though no particular dwelling identity is specified (see before)
For William on the 1851 census, see before.
In the years between 1851 and 1861, William’s life has been one full of highs and of lows, and high on the list of highs are his courtship and subsequent marriage to Sarah Ann Bednall in 1855 and the birth of their two daughters; Mary Ann (1858) and Harriet (1860).  However, sadness was to strike at the very core of this young family when Sarah Ann died (aged 27) a few months after Harriet’s birth in 1860.
So it was then that in 1861 we find William (29 and employed as a furnace labourer) and his two daughters living in the household of his also widowed mother in law, Hannah Bednall, on Extension Street. (see map below)

William is now faced with being a young widowed man, a father to two young children …  having to cope not only with earning money to support himself and his daughters and also his duty of care as a father (though I assume Hannah helped out with child care while William was at work).
I think it fair to say that with him being a young man; William had needs… as did his daughters, someone else to share their life with, and so it was that Rachel Bircumshaw stepped into the throng by not only marrying William a few months after this census was taken in 1861, but also by taking on the role as being mother to Mary Ann and Harriet in addition to having a daughter of her own, and going on to give birth to a further nine children with William. 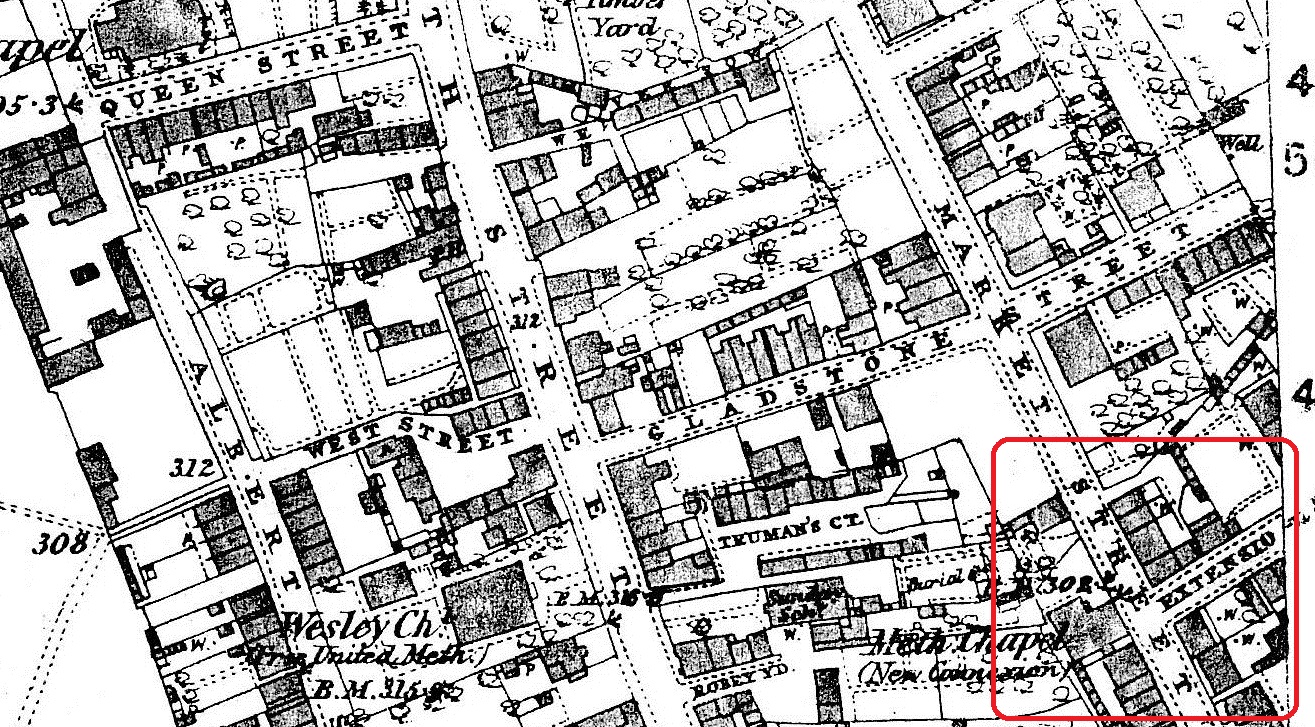 It is my opinion that Rachel must have been a very brave and loving lady to have felt able to ‘step in’ at such a pivotal time for William and his daughters, to have taken on two young girls who were not her own; in addition to being able to further bear nine more children. William must also have played his part by welcoming Rachel’s daughter into his life and care.

Before continuing with a combined life story for William and Rachel, I feel it prudent to relate something of the short life of Sarah Ann Bednall.