Like his older brother, Bartholomew Lawrence Wilson was born at Ilkeston, on October 3rd 1868…. after the family had left the White Lion Inn to move to 21 Nottingham Road.

Jim writes that Lawrence ‘served in Africa during the Boer War as a corporal. He won medals for constructing bridges under constant fire,but that’s another story’.

…. in 1890 and then a member of the 2nd Durham Artillery Volunteers, Lawrence Wilson alias Bartholomew Lawrence Wilson (No. 24632) joined the Royal Engineers (Northumberland Artillery) at North Shields on February 5th.
He was then aged 21 years and 2 months old, 5 ft 9¼ inches tall, just over 9½ stones in weight, with brown hair and brown eyes, a draughtsman and surveyor by profession.

On the 1891 census he was at Chatham, listed as a sapper.
In April 1894 he was appointed a Lance Corporal; in 1896, on the anniversary of his enlistment, he extended his service to 12 years; and in March 1897 he was appointed a Corporal.
In February 1901 he was promoted to Sergeant and in October of that year he re-engaged to complete 21 years service.
However he was discharged at the end of October 1906, after 16 years service.

From March 17th 1900 until October 5th 1900 Lawrence served in South Africa, during the First Boer War … the only part of his army service outside of the United Kingdom. During this campaign he was awarded the Queen’s South African Medal and 3 clasps — ‘Cape Colony’, ‘Orange Free State’ and ‘Transvaal’.

He escaped any injuries during his army service, except !! ……  in June 1899, while off duty and cycling in Wood Green, London, he came off his bike and injured his knee !! 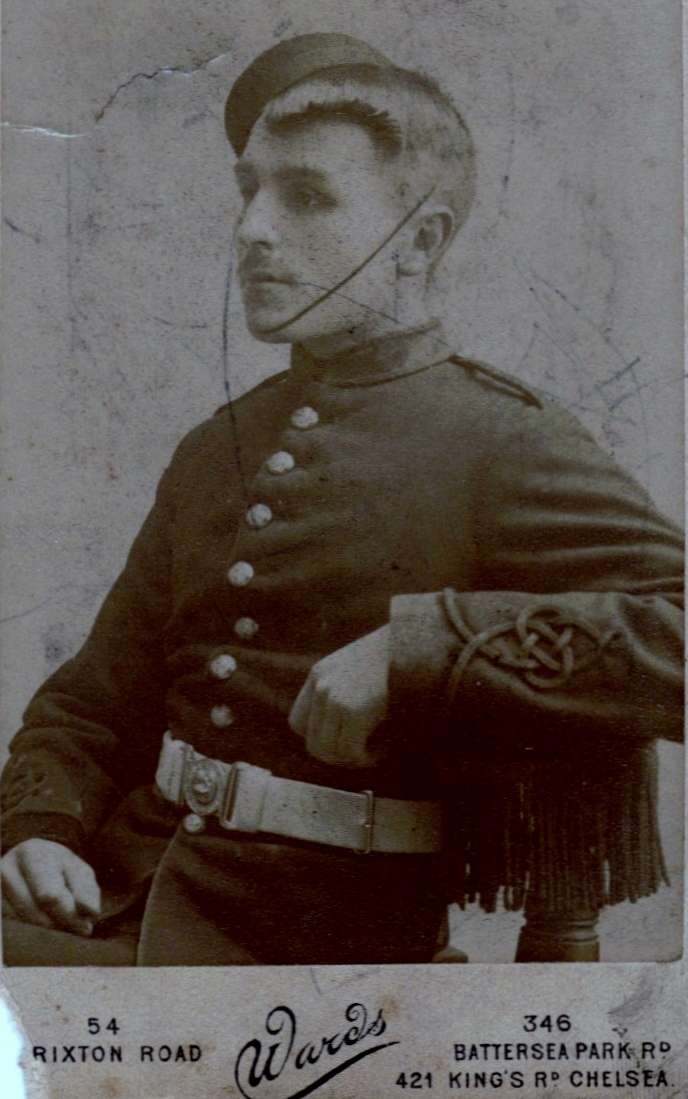 During his army career, in 1892, Lawrence married Sarah Jane Mathers, a lass from Sunderland, and by the end of his service, they had three children — James Alexander (1894), Florence Ellen (1896), and Leonard Beetham (1902).

Somewhat puzzling is the section in Lawrence’s Army records showing his family. His mother, then living as a widow in Derby Road, Sandiacre, is listed as his next of kin, as is his wife ‘Florence Ellen’ (?). The record goes on to state that he married Florence Ellen Mathers at Edmonton Register Office on January 14th 1901 (?)

The 1911 Census finds Benjamin Lawrence as an innkeeper for the Traveller’s Rest in Griffydam, Leicestershire with his wife Sarah Jane (!!) and two of their three children.

At some point the family moved north to Lynemouth, Morpeth, Northumberland where Lawrence then converted to work as a Colliery stoneman.

He died at 22 East Market Street in Morpeth on January 21st 1944, aged 75….. and a couple of streets away was living his younger son Leonard Beetham Wilson with his wife Florence (nee Coxon).

Jim has also added ‘a few photos of Bartholomew Lawrence in his mines rescue days before W.W.1, when he was stationed at Ilkeston, Ashby de la Zouch and Chesterfield …. he won many awards for his rescues..there is a chapter about him in a book called ‘Ashby de la Zouch 1914-1915’. 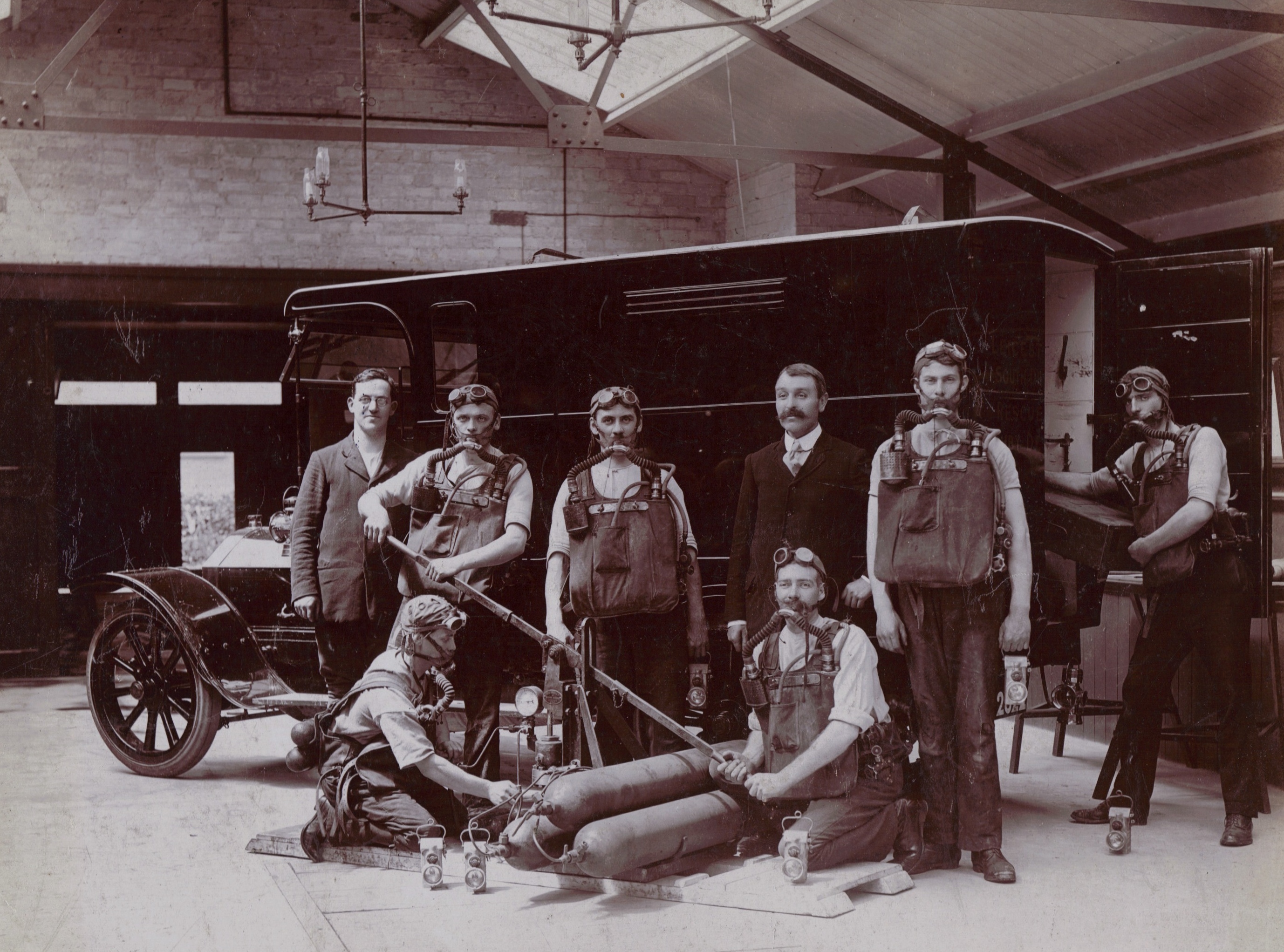 The lettering on the rear of the vehicle show that this photo was taken in Ashby de la Zouch. 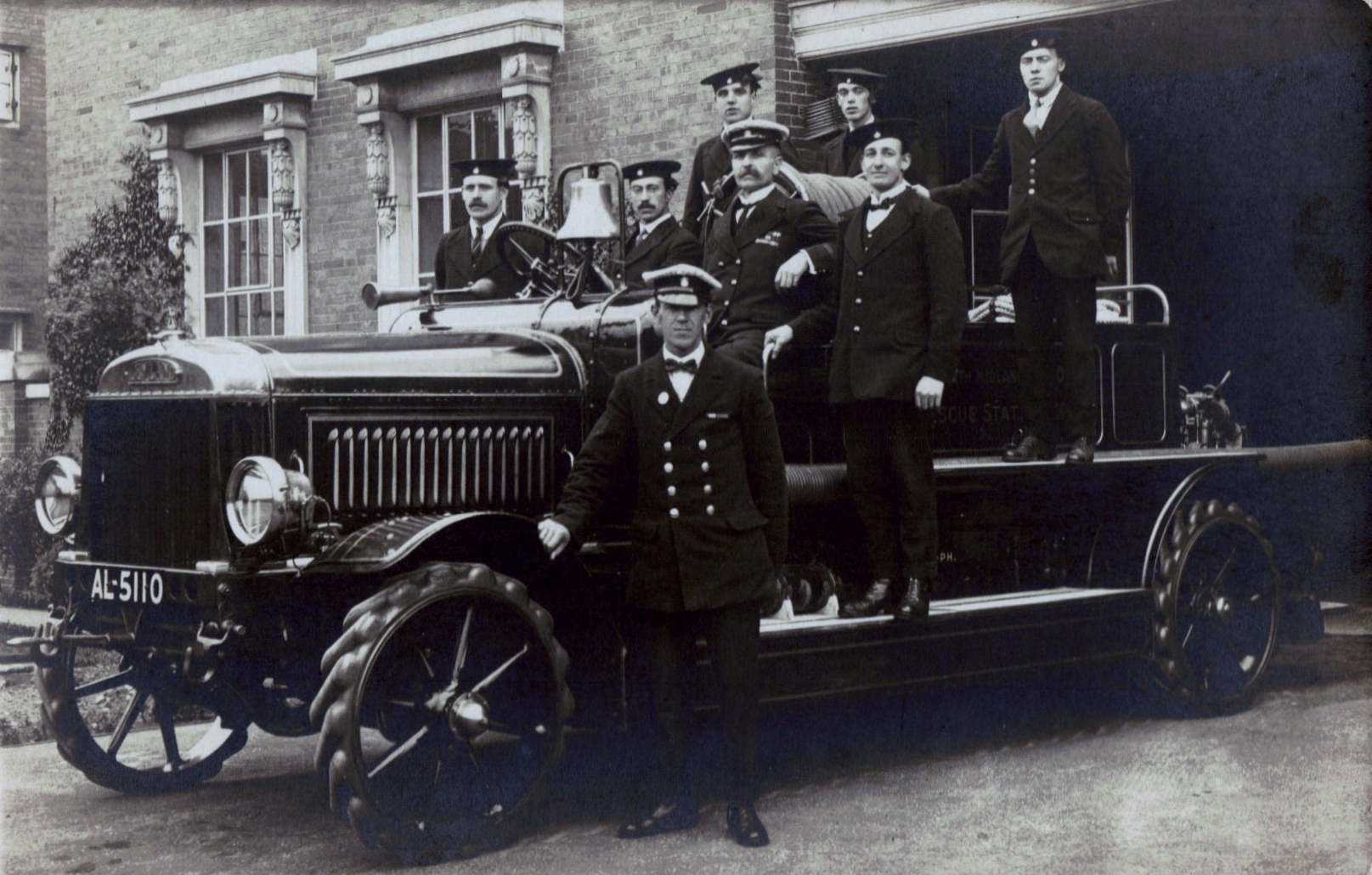 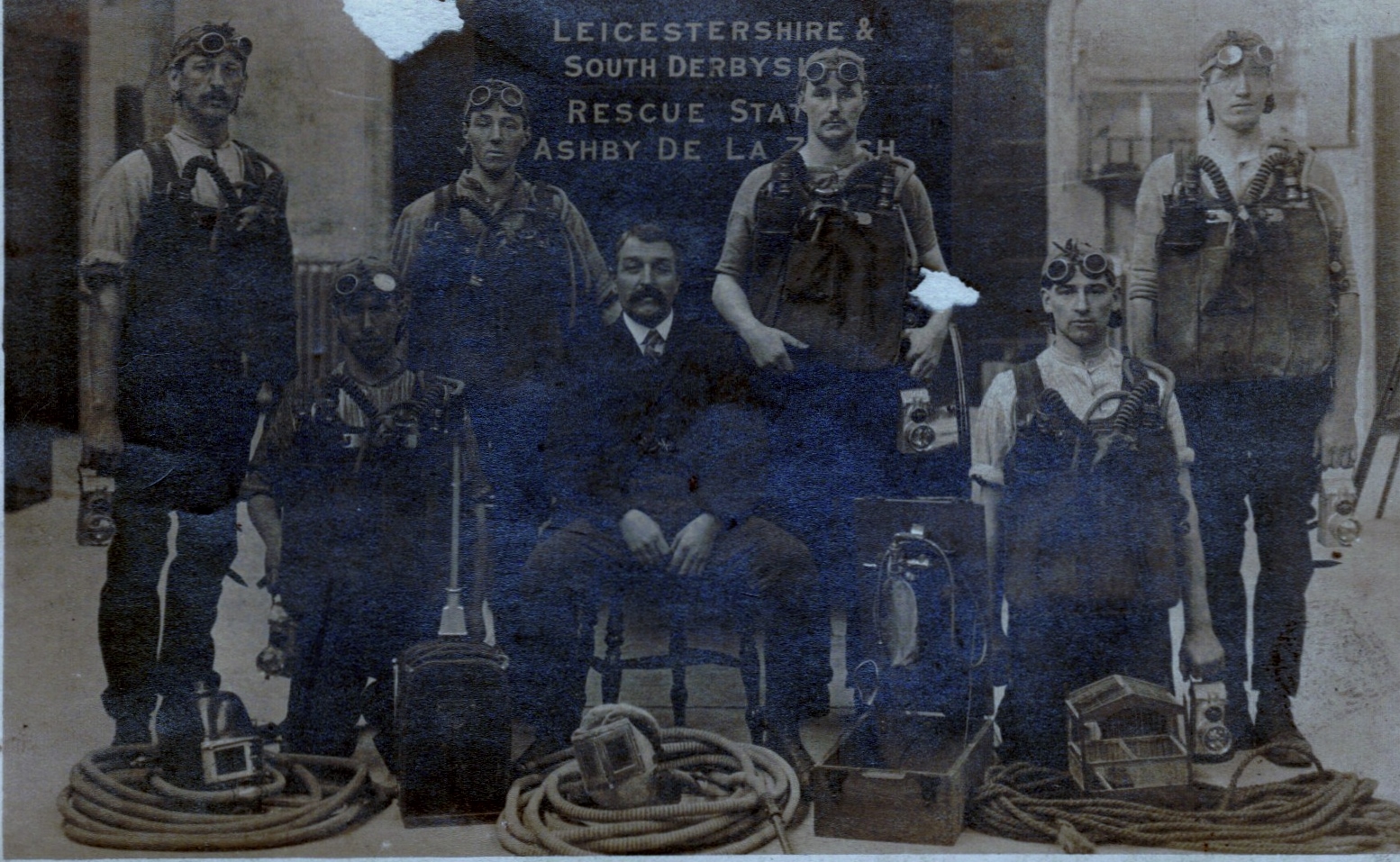 Who’s next ?? Everard Henry of course