In Oakwell Fields, Oak Well Farm House was occupied by the Marshall family.

This was 10 Derby Road — just before the Miners’ Arms at the corner of Belper Street and Derby Road — bordered by a grass verge while a green hedge served as a fence behind. Its front faced the south/south-west while its back was to Derby Road.

In 1861 the farm was occupied by Isaac Attenborough and his family. It is reputed that he was born at the Sir John Warren in 1790, the son of Isaac senior and Jane (nee Pearson) and younger brother of Mark Attenborough.

Following his death on April 22nd 1862 the farm premises and all the goods and stock contained in it were sold.

Isaac's legacy
When Isaac junior died in 1862 he was a widower. He had married Mary Fletcher -- the daughter of Joseph and Sarah (nee Pearson) and thus his own first cousin --  in July 1814, but she had died of chronic bronchitis at the Oakwell farm in August 1857, aged 66. By that time their only child, daughter Jane, had married (May 10th 1831) farmer Robert Evans. The eldest child of this union was Isaac Attenborough Evans, born in 1831, a farmer who married Ann Fletcher, daughter of Joseph and Ann (nee Brooks) on September 19th 1876 -- his wife may also have been his first cousin once removed as well as his second cousin once removed. Isaac was a main beneficiary from his grandfather's will. In his will Isaac Attenborough left all his property to his daughter and her husband 'for and during the term of their joint natural lives and the life of the survivor of them '. When both had died the will declared that Isaac's property at Stanley -- the farm known as Stanley Lodge -- was to pass to Isaac Attenborough Evans -- Isaac's oldest grandson. The sum of £500 was to be paid to each of his other grandsons, Robert Evans junior, Walter Sacheverel Evans and Alfred Henry Evans. Also, again after the deaths of both Robert and Jane, all four Evans grandsons were to share Isaac's other land, listed in the will 'in or near to Park Road or Millfield Road', amounting to about 20 acres in area, tenanted at that time by William Thompson, Robert Marshall,  Edmund Tatham and Bartholamew Wilson. Other land in Breaston -- about 14 acres -- was left to grandson Alfred Henry Evans, again after the death of both his parents. There were several 'ifs' and 'buts' attached to these main bequests, concerning early deaths and 'age of majority' though these did not alter the main beneficiaries.

Now Robert Evans, born in Ellastone, Staffordshire in March 1802 but baptised at Kirk Hallam All Saints Church in October of that same year, was the elder child of Robert senior and his first wife Harriet (nee Poynton). There was one other child — daughter Frances Lucy Evans, born in 1805 — before Harriet Evans died in 1809 (?)

Of the three surviving children …
.. the eldest was Christiana Evans (1814-1859) who married surgeon/general practitioner Edward Clarke in 1837. The couple then lived in Meriden, Warwickshire, where their children were born and where Christiana died.

… the only son, Isaac Pearson Evans (1816-1890) seems to have lived his life at Griff House near Chilvers Coton, Warwickshire, as a farmer and land agent, raising a family with his wife Sarah (nee Rawlins).

… which leaves the remaining child of Robert and Christiana Evans — Mary Ann Evans, born on November 22nd 1819 and baptised a week later at Chilvers Coton.
When her ‘formal’ education ended at the age of 16, Mary Ann lived with her father as housekeeper until his death in 1849. By that time she had been exposed to new influences through her expanding circle of friends some of whom championed philanthropic causes, challenged established religious thought and caused Mary Ann to question her own beliefs. She had already begun to write … newspaper articles, reviews and translations …
…. and this led to Mary Ann turning to the writing of short stories and then novels, under the name of George Eliot (adopted about 1857). Of course her life and achievements have been well-documented .. even to some extent in the Ilkeston Advertiser. 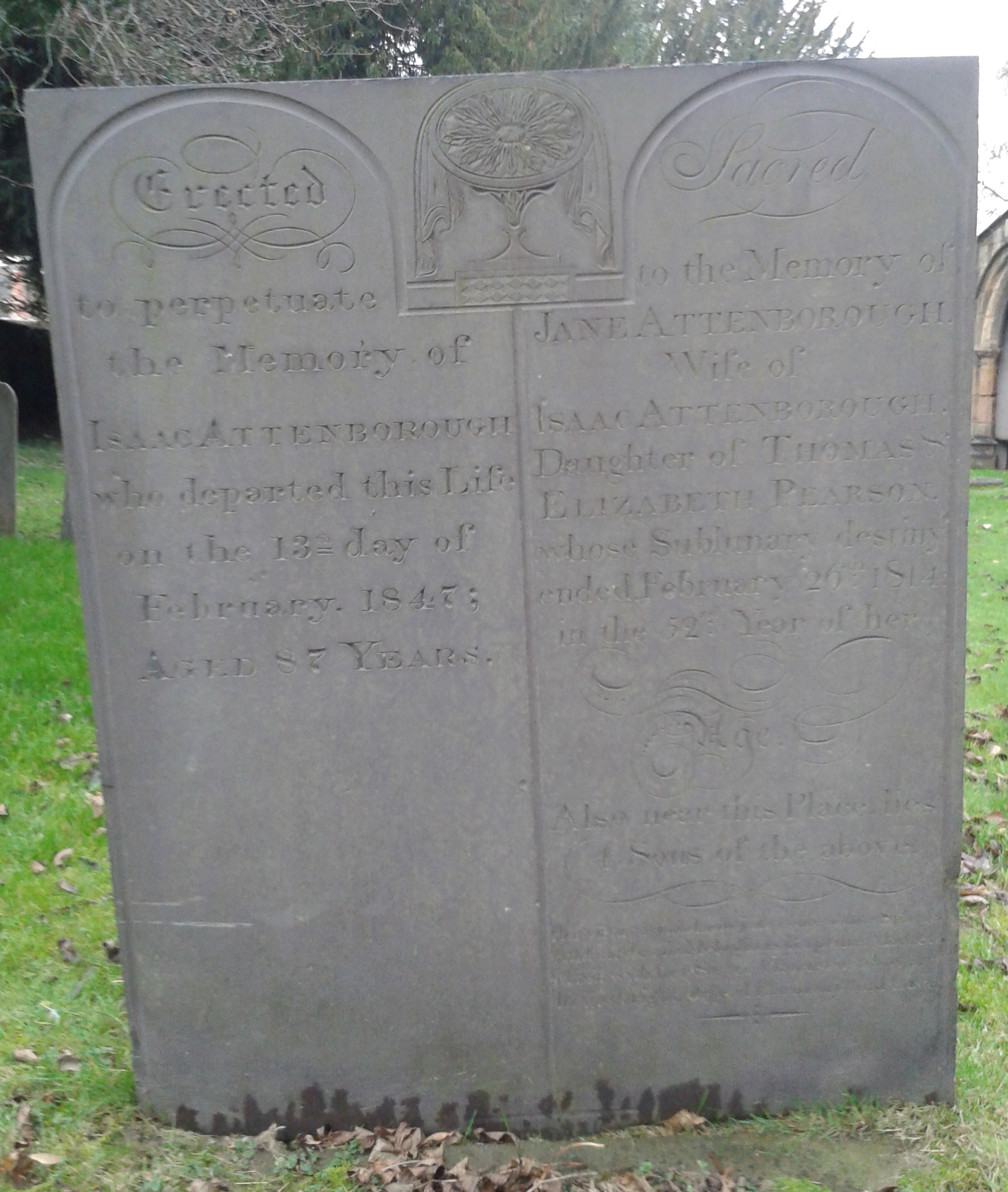 The gravestone of Isaac and Jane Attenborough at the south side of St. Catherine's Church, Cossall. The inscription mentions four of their sons buried nearby ... these would be Thomas I and Thomas II, John and George. There is a curious entry in Bagshaw (1846), it is this "Evans, Robert, gent, land agent, the Firs, West Hallam" It seems to me that this is the Robert Evans who was the son-in-law of Isaac Attenborough, who was living near his wife's parents for company's sake, as much as anything. We must not forget that his wife was an only child, and that she had married Robert Evans at what today would be a prohibitive age, quite a girl. as a matter of fact, only fifteen, while, strange to say, her husband was twenty-eight, thirteen years older. The marriage of the girl-bride's parents had only taken place sixteen years earlier, at Kirk Hallam Church. Her mother was Mary Fletcher, 23, while her father was 24 at the time of their marriage. Mary Fletcher was, I believe, the daughter of a farmer of Mapperley. Isaac and Mary were married in 1814, and Robert Evans and Jane Attenborough in 1930 (a typo... it should read 1830) [This 'Robert Evans' was indeed the son-in-law of Isaac Attenborough, though he married Jane in 1831, not 1830 -- 'Tilkestune's calculations are thus a year or so inaccurate. Jane was 16 when she married, while her husband was 29]. We see that in 1846 Robert Evans was living at the Firs, West Hallam. A year or two later he removed to the Lodge Farm, Stanley, a place of 66 acres, and this farm, along with lands and cottages at Ilkeston, Little Hallam and Breaston, was left to him and his wife as tenants for life by Isaac Attenborough in 1862. Robert Evans did not live long to enjoy this fortune, for he died on January 27, 1864, at the age of 62. His widow lived to the summer of 1881, when she died at Sutton Coldfield, June 15th, aged 66. Her eldest son, Isaac Attenborough Evans, inherited the Lodge Farm according to his grandfather's will, and lived to the advanced age of 81. He had relinquished the farm and was living at the Cedars, Borrowash, when he died on March 12, 1912. His wife, Ann, had predeceased him, dying on Jan 14, 1908, aged 75. I have no further knowledge at present of this family.

In 1867 the Oakwell premises were occupied by William Sudbury, farmer and butcher, the eldest son of hosier and glover Francis and Ann (nee Mather) and brother of Ilkeston’s first mayor.

In the 1870’s many of the farm’s old buildings were pulled down – with the exception of the farm house and a barn at its side. New ones replaced them. 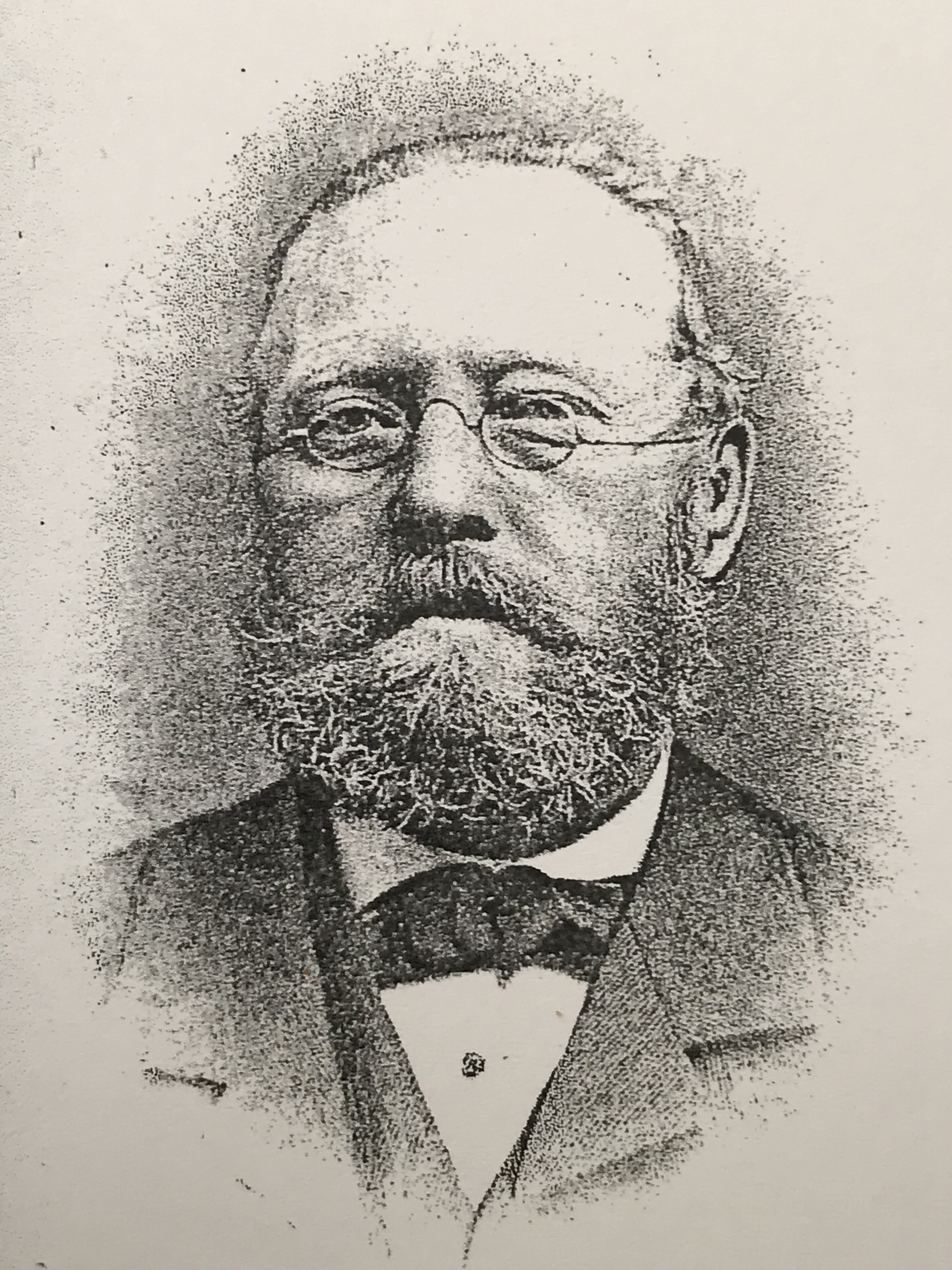 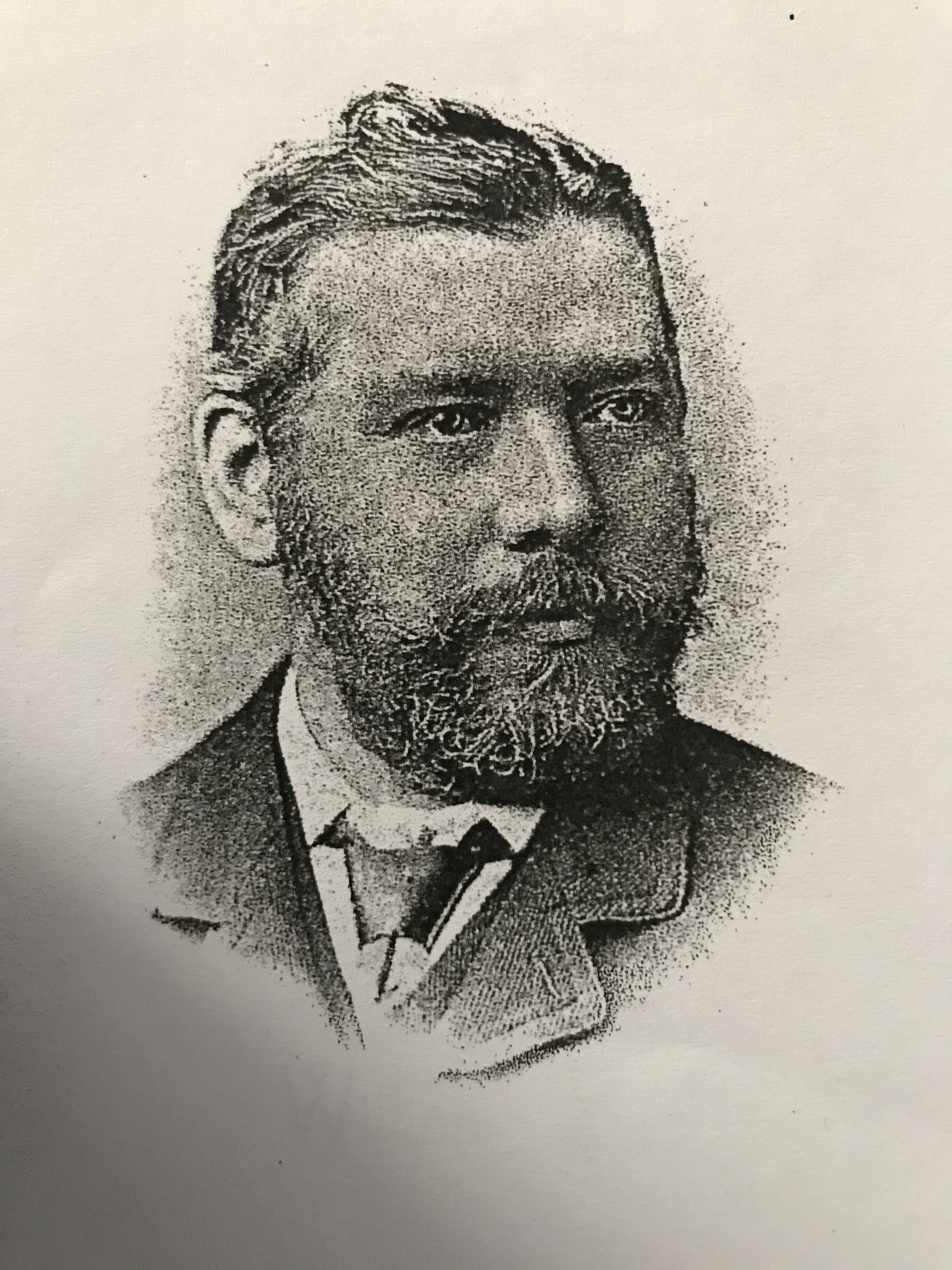 William remained at the farm until his death in 1891. His eldest child Arthur William and family were at the farm for a few years thereafter.

By about 1896 it was occupied by the Marshalls — Robert and Ann (nee Bentley) whom we shall meet in White Lion Square.

This brings us to Belper Street.