After the Balls  Adeline takes us to meet …

who are living “further on in Albion Place with two four-roomed cottages. In the first lived Mr. and Mrs. Barker. Mrs. Barker had a Dame’s School“. 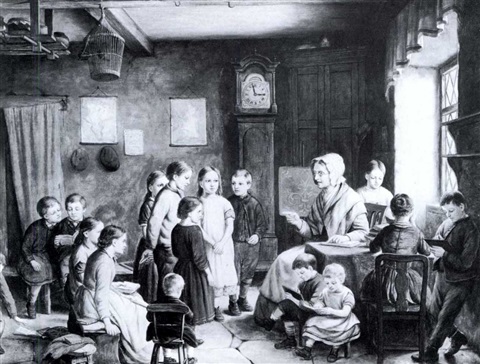 The Barker parents were lace manufacturer Thomas and Mary (nee Mills), who was the daughter of William and Lucy Ann Paradise (nee Sargeant or Sargent). Mary was thus the sister of Lucy, the wife of Ilkeston gardener William Sanders of Moors Bridge Lane (later Derby Road)

Thomas and Mary Barker were long-term residents of Albion Place and both died there, Thomas on September 4th 1870, and Mary on September 28th 1864.

They had at least six children. Let’s examine them in turn.

1.     The oldest child was Lucy Sargent Barker, born April 29th, 1819 in Worcester. In 1848 she married Belper plumber George Riley and with him, lived for some years in Birmingham. When George died, Lucy remarried to widower John Watson, another resident of Belper, on March 31st 1875 and they continued to live in Belper. However when John died there in 1889, Lucy returned to St. Mary Street in Ilkeston, where she lived with her youmgest brother George, at Malin House, and where she died on March 11th 1895.

2.      Born on October 6th 1821, the oldest son was Samuel Sargent Barker, who is the only child identified by Adeline. She writes that “In the second cottage lived their son Sam, his wife, two sons and one daughter”.

Adeline identifies the eldest son of Samuel senior and Hannah as “Sam, who became a Professor of Music, and lived at Sheffield”. In fact this son, Samuel James Barker, was their second son, who left Ilkeston and may have moved to Sheffield but not for long … he came to settle in Bath, Somerset, by 1881, as a ‘Professor of Music’. In 1903 he married Edith Henrietta Nott, from a military family, she living at 7 Walcot Parade in Bath. And at that house Samuel James died on September 27th 1912, aged 63, from cardiac arrest, brought on by a case of ‘double pneumonia.

An obituary in the Bath Chronicle and Weekly Gazette recorded him as ‘one of the oldest, best known and most highly respected of Bath’s organists’, serving at St. Saviour’s Church for over 40 years. In the 1880’s he had combined these duties with also serving two other churches, St. Swithin’s (Walcot Parish Church) and St. Andrew’s, although for the last 25 years of his life he had given all of his efforts to St. Saviour’s.

“He was a gentleman of a most retiring disposition, but he was an excellent musician, and was greatly liked by all who knew him”.

He was buried at Locksbrook Cemetery (formerly Walcot Cemetery) in Bath on October 1st; travelling down from Ilkeston to attend the ceremony were his younger brother, George Henry and wife Sarah ‘Jenny’. (see below) 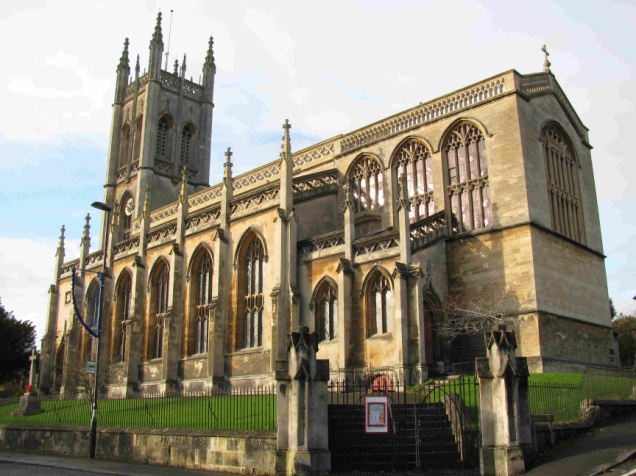 St. Saviour’s Church, Bath, where Samuel James served the last 25 years of his life as respected organist and choir master

Their oldest son was Thomas, born in 1845, who left Albion Place in the 1860’s to settle in Nottingham, and there worked as a lace warehouseman, married Elizabeth Alice James in 1874, helped to raise a family, and died in 1904. (He is missing from Adeline’s story)

George Henry took over the Small drapery business at (then) 11 Bath Street in 1884 when still a bachelor. In 1890 he married Sarah Jane Belfield Clay who had divorced her first husband two years earlier. (We shall meet Jenny again at the Mundy Arms, near the end of our journey. The Clay family were long-term occupants of that Inn.)

Adeline names “Mary, the daughter, who died in girlhood”. There was a daughter Mary Ann but she married lace designer and draughtsman Alan Shepherd in August 1878 and continued to live in Albion Place – for many years at number 24.
Daughter Jane or Sarah Jane was perhaps the child who died ‘in girlhood’. She died in Albion Place in 1867, aged 14.

4.            Jane Elizabeth Barker was born on August 22nd 1826, and married Belper nailmaker John Mellor on July 31st 1848. He moved on from his original trade to become a much respected clothier, draper and maker of musical instruments in his home town. In early life he was also the parish constable for the district and held the post for over 25 years. In politics he was a stauch Radical and strong supporter of Liberal politician William Gladstone.
Several of their children achieved musical success: eldest son Thomas Barker Mellor was an organist at Bakewell Parish Church and a teacher of music; second son Albert held the joint position of organist at Windsor Parish Church and the Queen’s private chapel at St. George’s, as well as being assistant music master at Eton College.

“There were two or three old cottages facing East, with gable up to the road, also three more cottages near Jack Lee’s Yard. Mrs Pritchit and family lived in the end one”.

There were several Pritchett families who made their home in Albion Place. I believe that they all were brothers — the sons of Sandiacre labourer John and Judith (nee Wheatley – one of the Dale Abbey Wheatleys).

Thomas Pritchett married Emma Grose or Gorse on November 27th, 1843. At first, they lived at Little Hallam before moving to Truman’s Row, a part of what was later Albion Place.
Their first child, Kezia, was born at Little Hallam on August 8th, 1844, but died at Albion Place on June 18th, 1862.
We caught a glimpse earlier of son Thomas, born in 1851, also in Little Hallam, after his marriage to Mary Flinders on August 15th, 1869 … when he then went to live in Flinders Row, off Chapel Street. 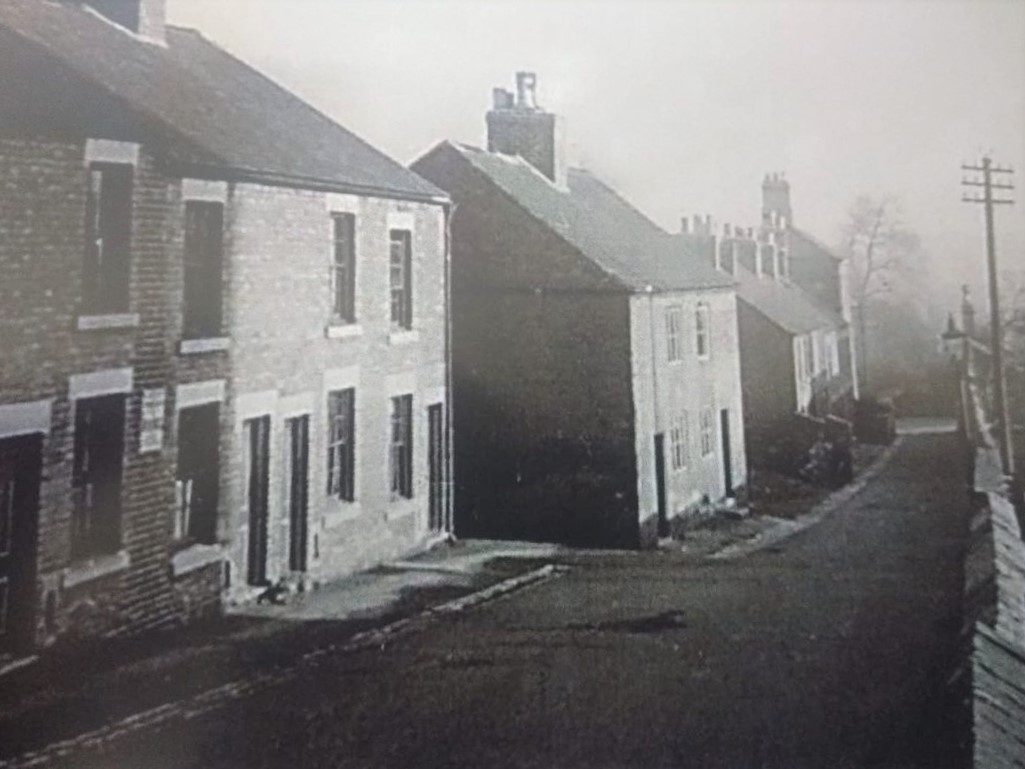 Albion Place as it was, looking down from the Bath Street end towards Burr Lane in the distance. 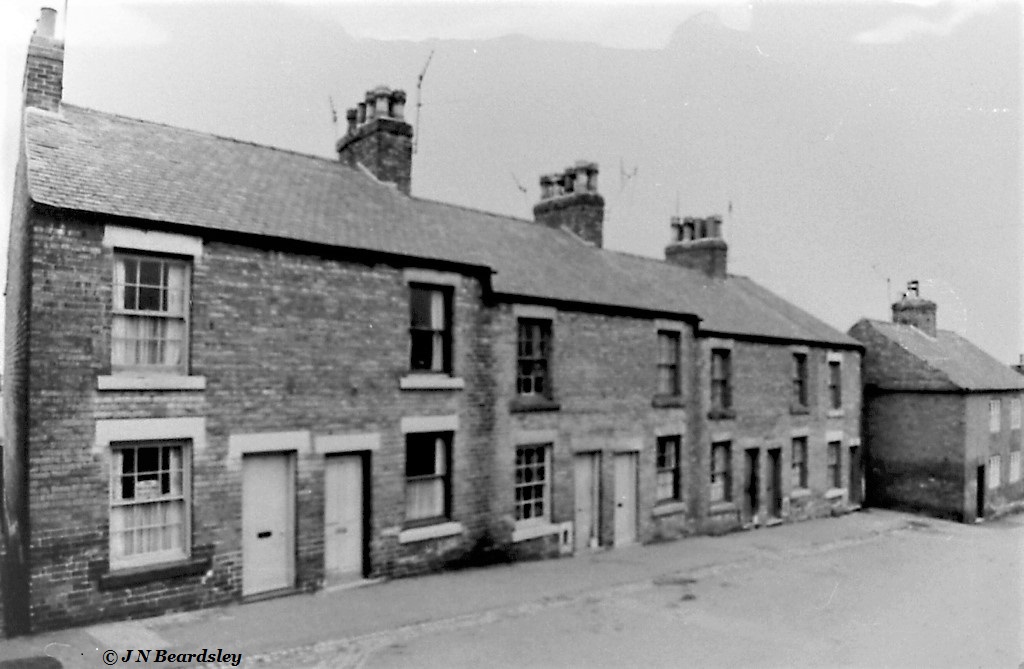 ….. and a slightly wider view of the same houses from a similar vantage point 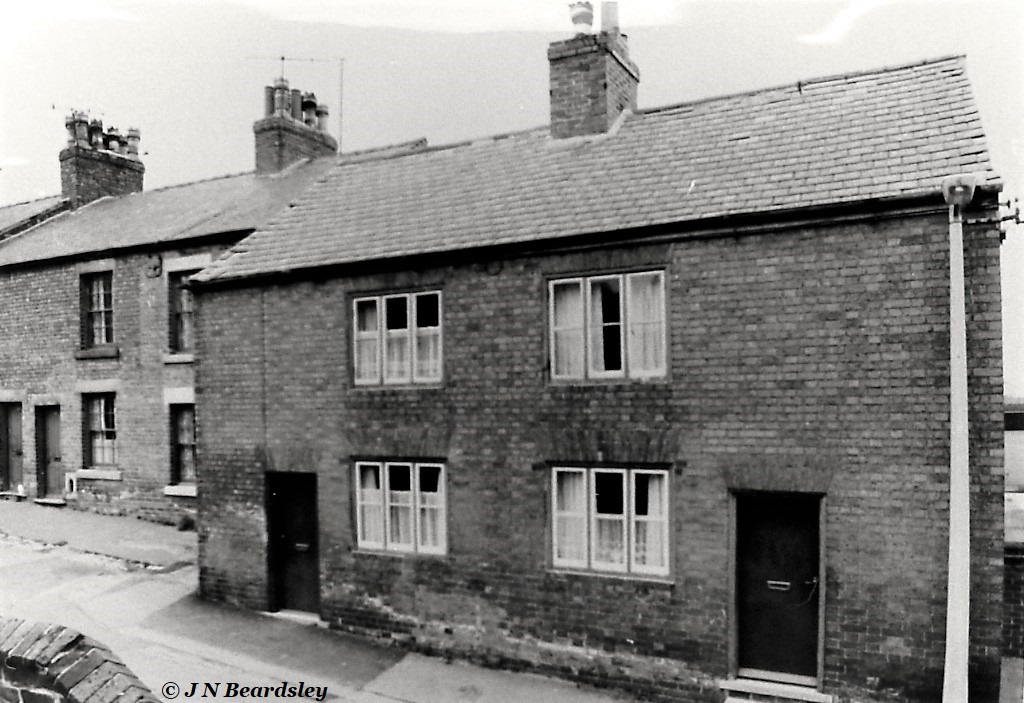 And here are the two cottages which protrude into Albion Place

However it was their daughter, Julia Pritchett, also born in Little Hallam, on August 19th, 1853, who provides us with the link to our next page, when she was married, on January 21st, 1873, to miner James Smith Henshaw. As his name suggests, her husband was the ‘product’ of a Henshaw (Elijah) and a Smith (Alice) who had married on February 10th, 1846.

James and Julia Henshaw lived all their married life at Ilkeston — including at Chapel Street, North Street, Pimlico and Club Row, and had at least 10 children. However their son William was one who left the town. After his marriage in 1907 and a couple of children, he and his family left the town to live in Askern near Doncaster. This is where the excellent research of Rick Henshaw adds to and continues the story on the next page.