Dorothy was the only child of John (Jack) Haywood and Elizabeth (nee Richards).

This is part of a copy of Jack’s birth certicate, made in 1910 so that he could begin work. 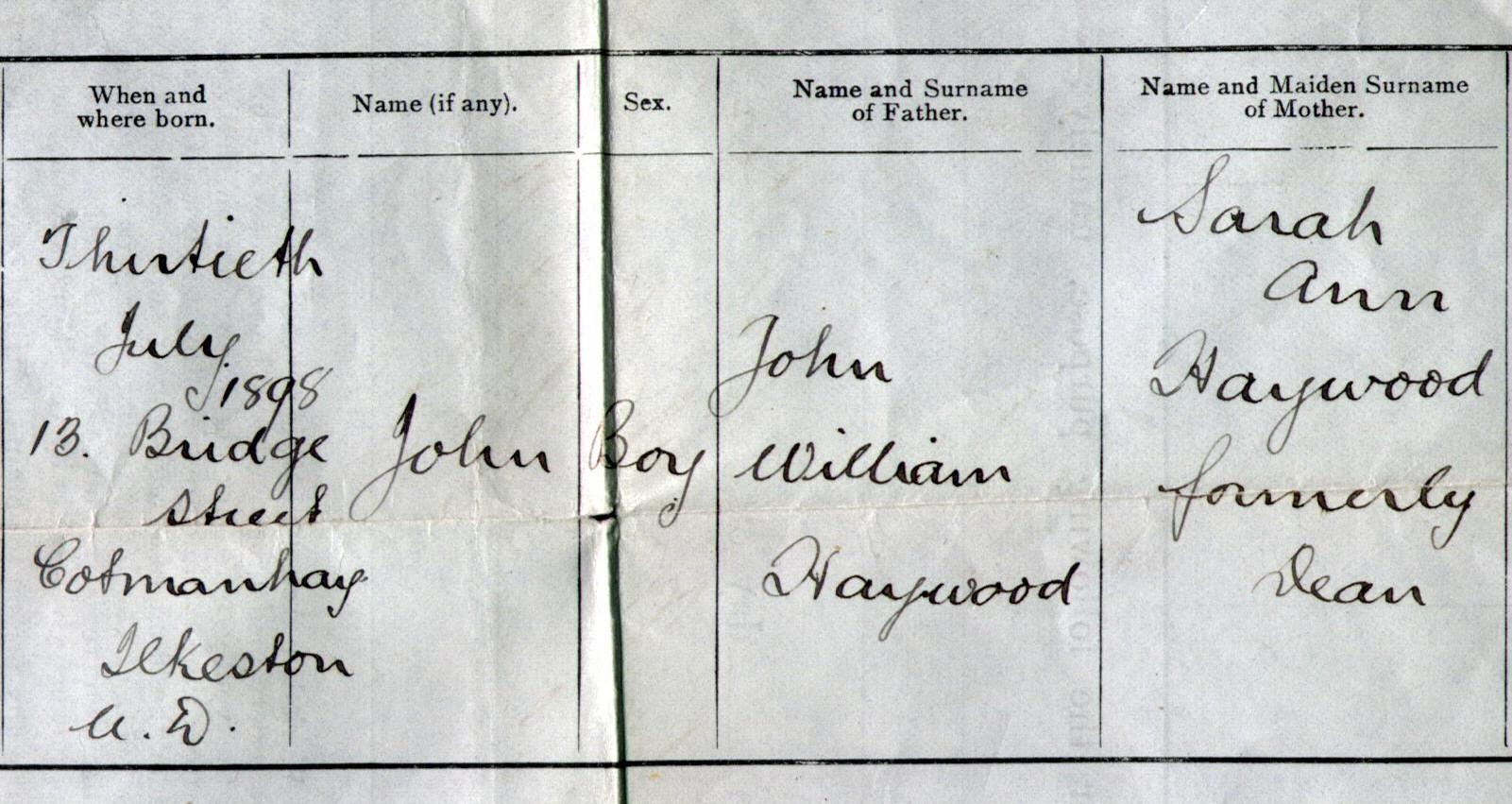 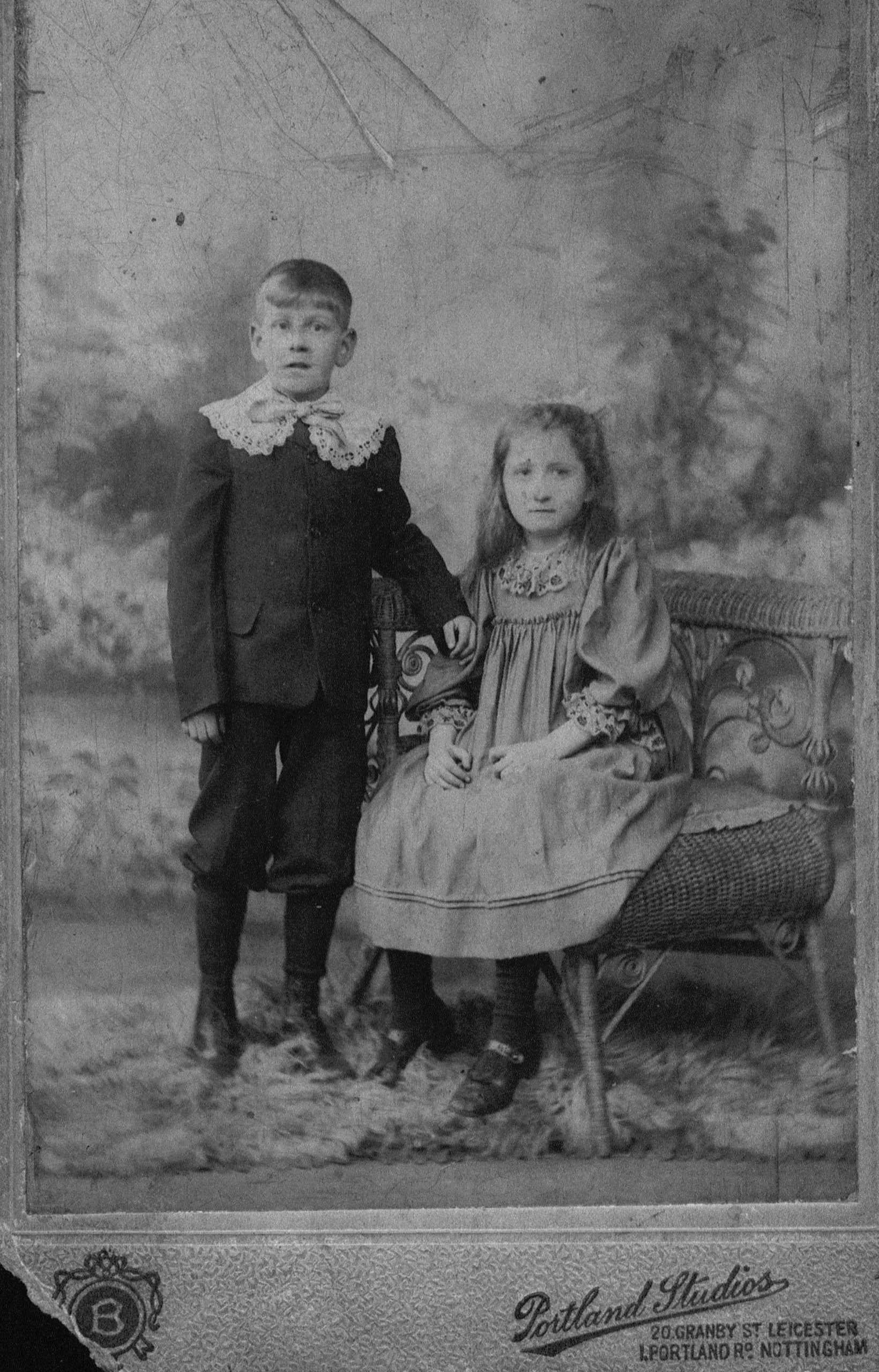 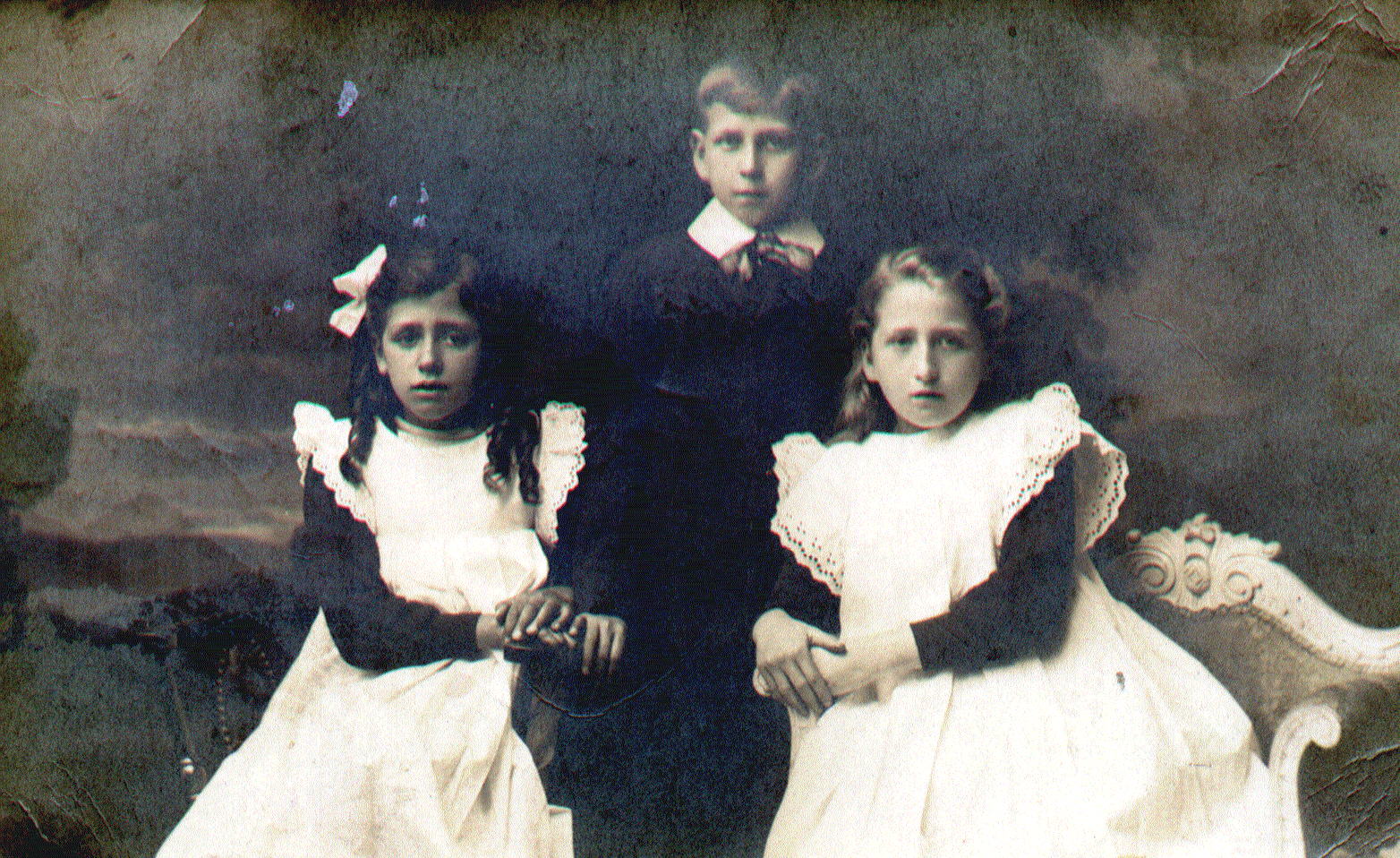 Here, above, is Elizabeth pictured with brother John, two years older, and cousin Hilda May Jolly, one year older, the daughter of George Frederick and Ada (nee Johnson)

And on the left is Elizabeth with brother John. 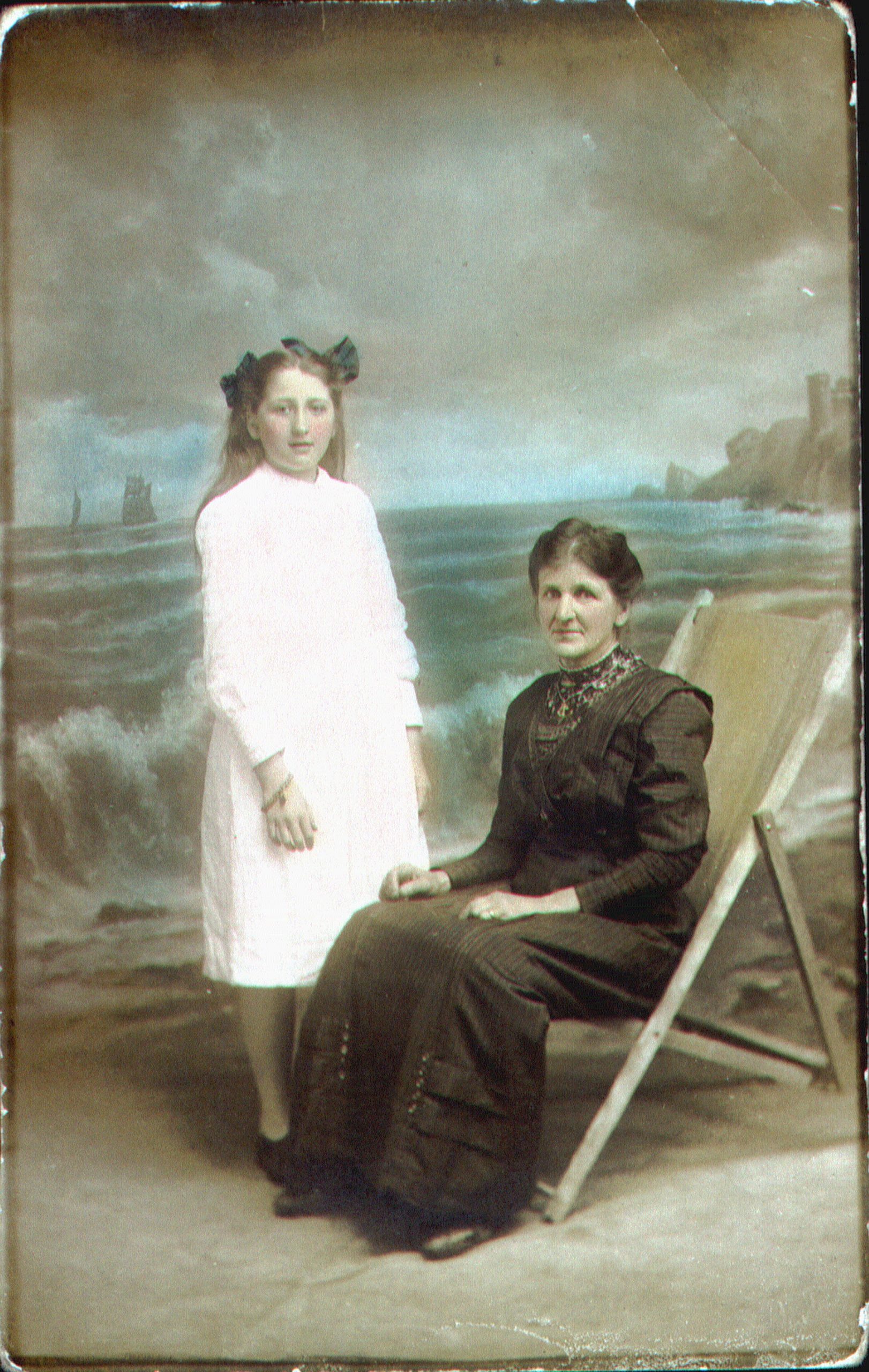 On the reverse is an address….J W Hardy, Photographer, Alexandra Rd & Promenade, Cleethorpes 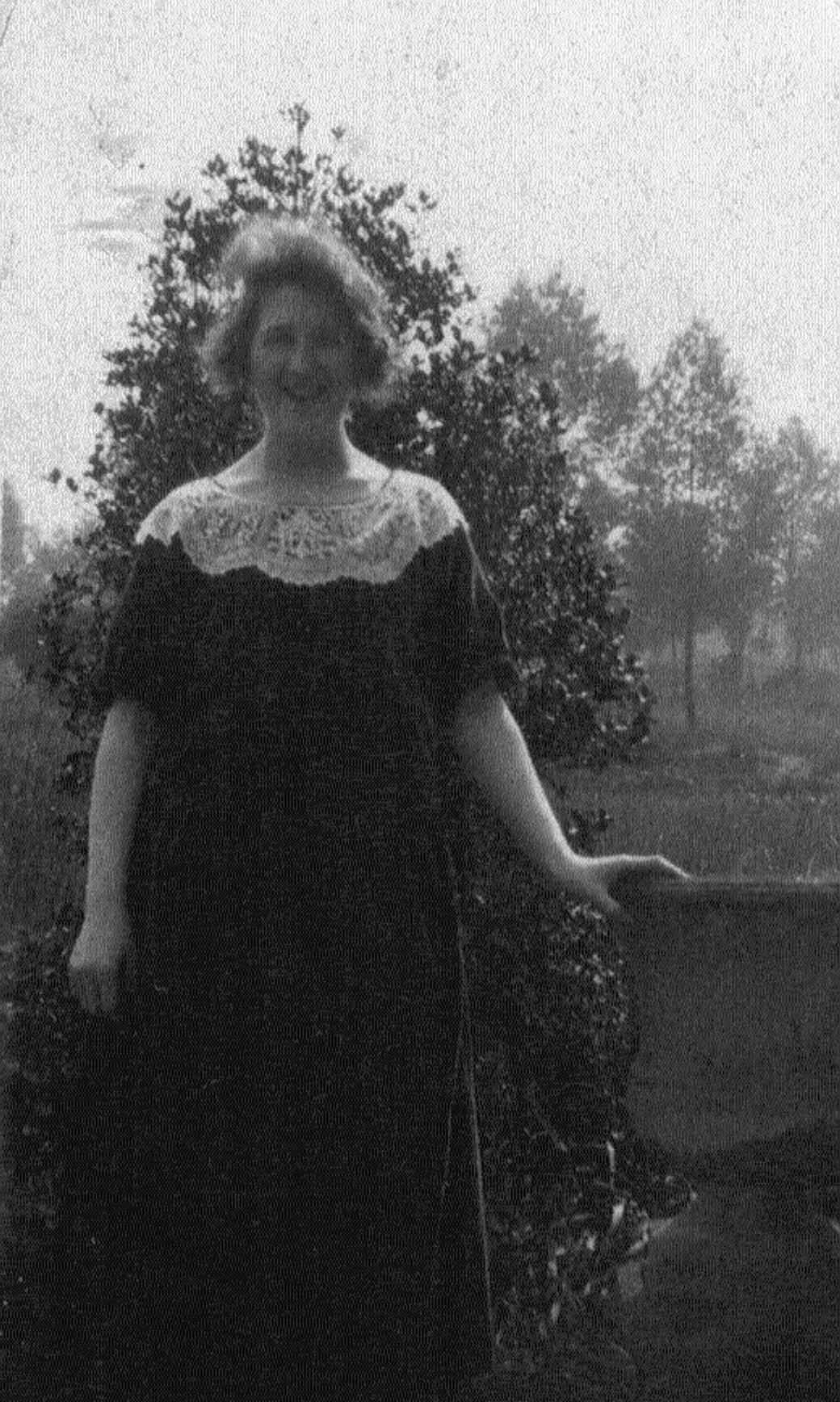 The following is an extract from a Family Review, a poem written by a friend Bernard Shaw, dated Feb 15th 1921. Bernard Shaw was Elizabeth’s first boyfriend (she would be 21 then) while she was his one and only girlfriend, whom he is writing about here ….

My last link for discussion is that girl Lizzie
For whenever I’ve seen her she’s always busy
But work brings out good qualities we’re told
I think work makes young people old.

Work is now a question which makes Lizzie cough
For she works this week and has next off
So if you tell her she works she’ll say it’s bosh
But I’ve changed my mind now I’ve seen her wash. 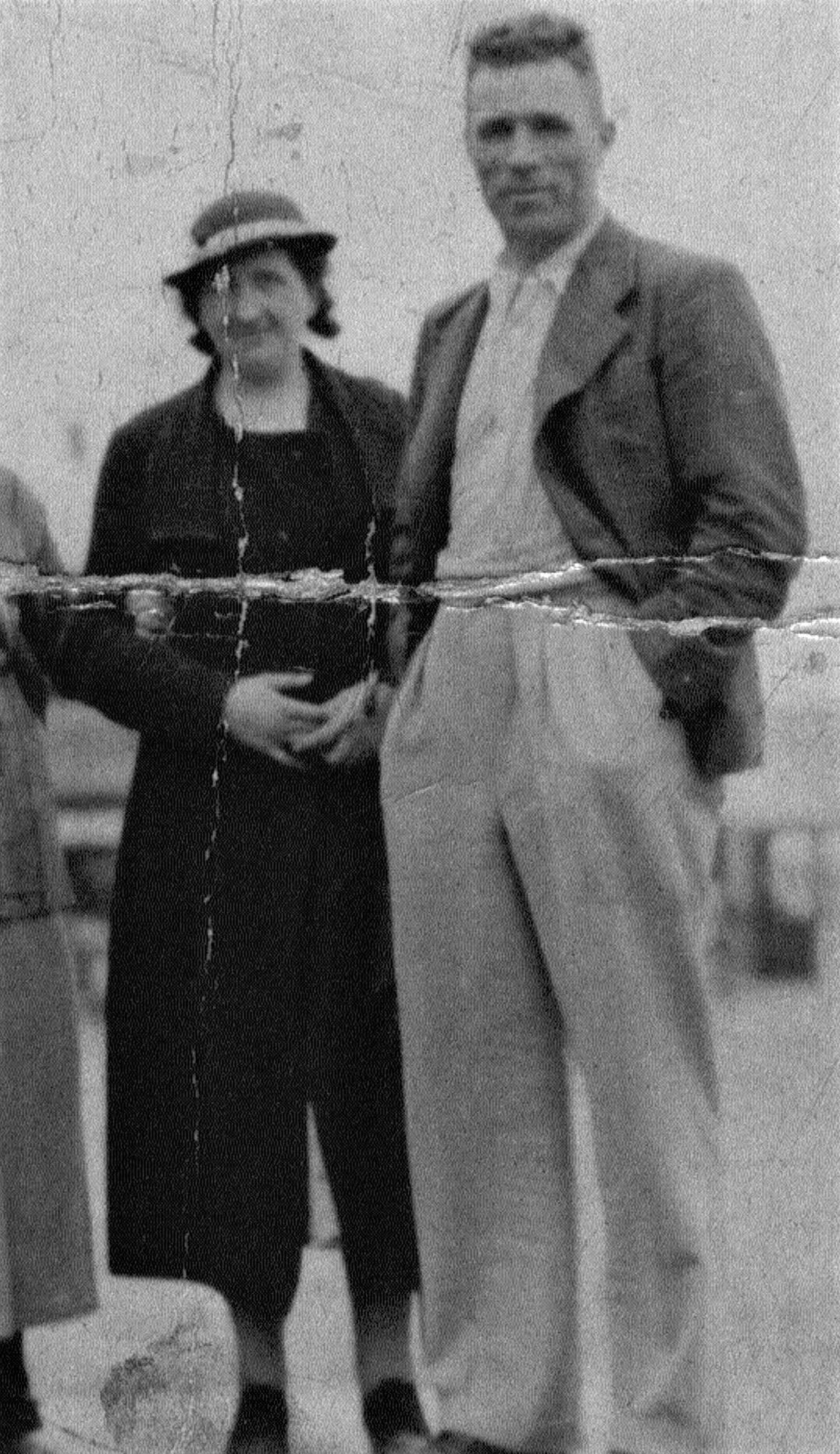 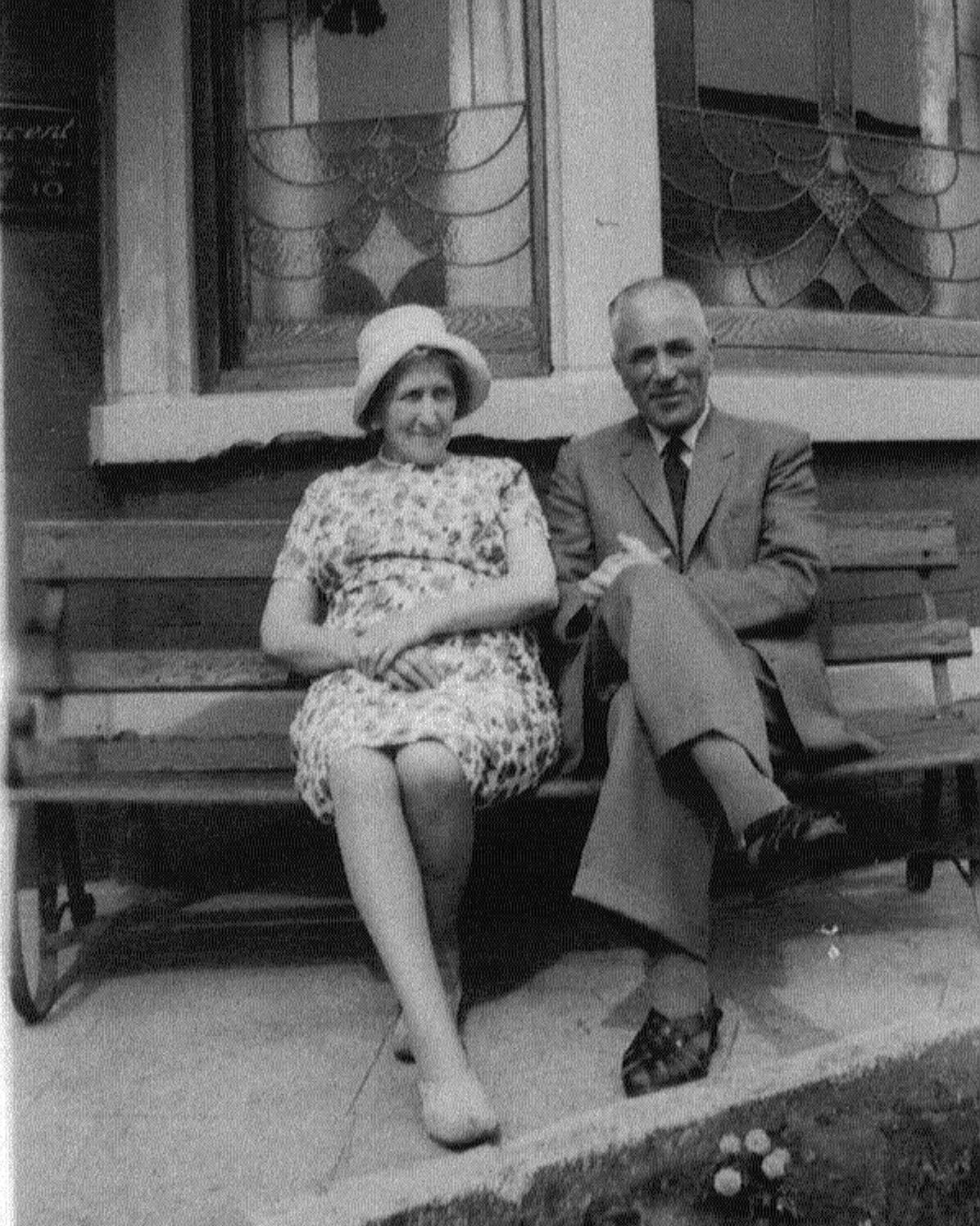 Above; on holiday, at Clifford Rd, Blackpool

Left ; Elizabeth was pregnant at this time, 1936. This was taken at Skegness by Speedy Snaps Ltd

And below are photos of Dorothy with her dad Jack. 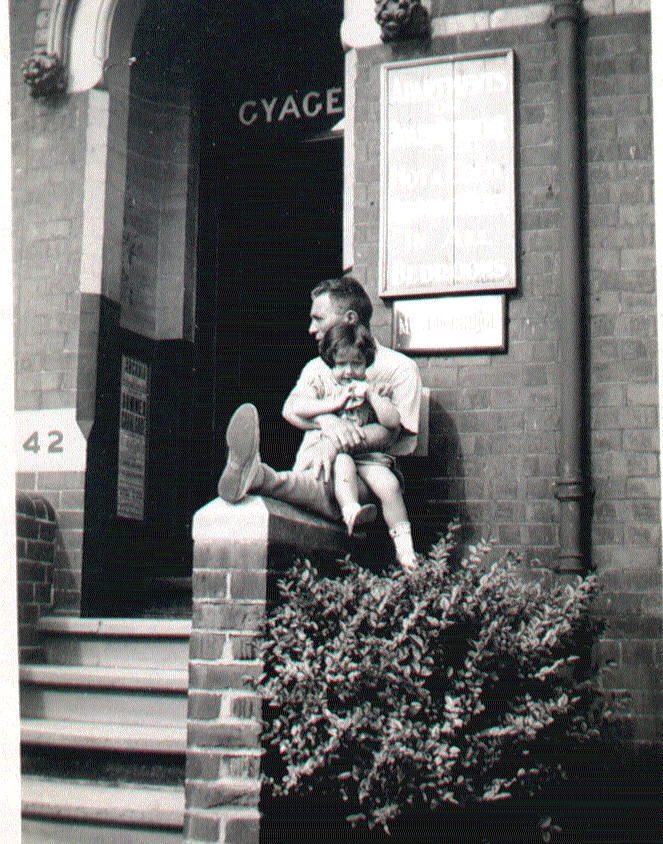 Relaxing at Gyagee Hotel in Skegness 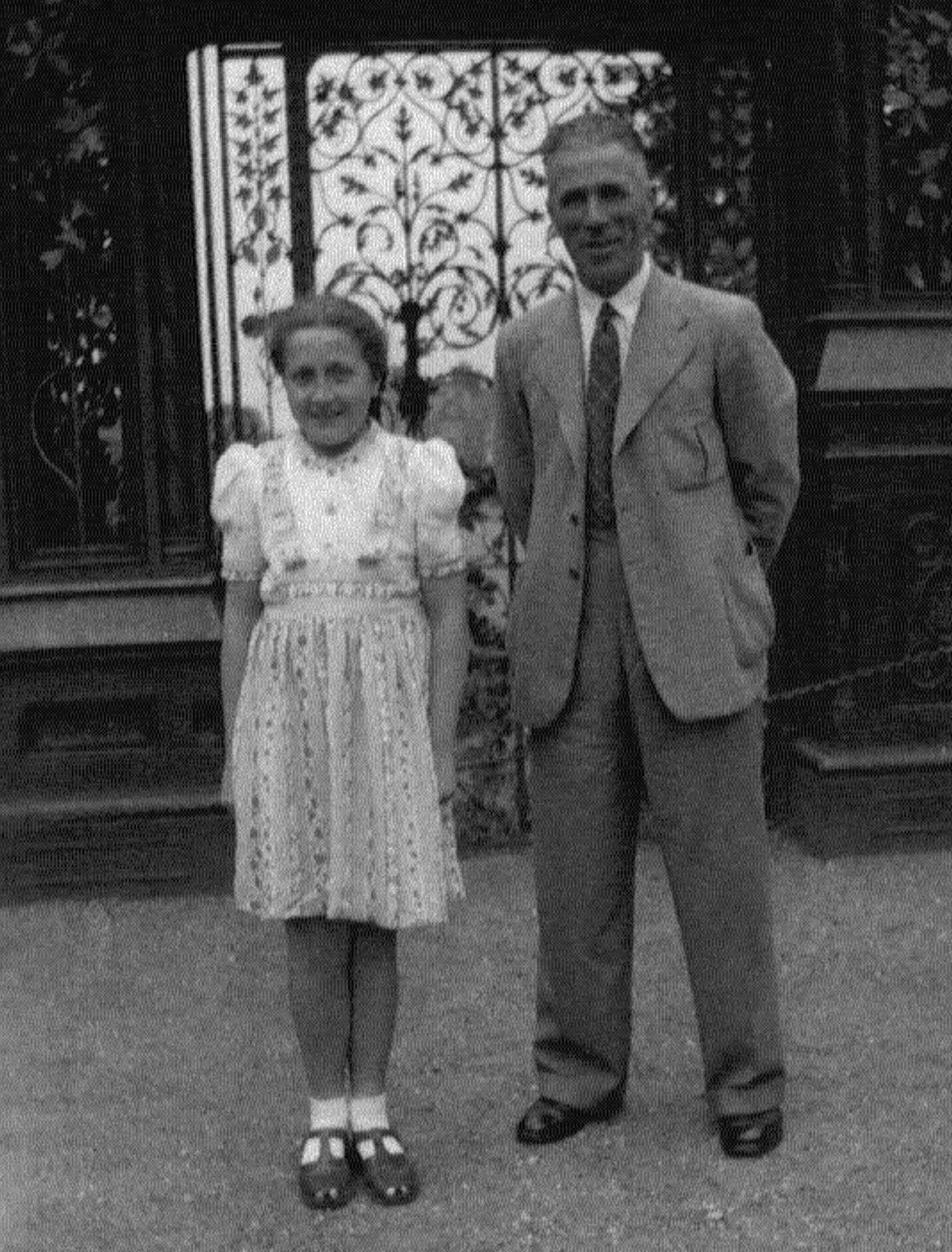 Quite often we would go on holiday to Skegness and often stayed at Gyagee Hotel. The original owner was Jane who was our grandma’s sister*, and she married Jonathon Horridge to become Mrs Horridge. I went there very frequently because my father used to do the cleaning there…and that probably paid for the holiday. I know he did the lights there, and would help of course. It’s not there now….they’ve all been joined into big hotels now.

* Mrs Horridge was Sarah Jane Johnson, who was born in 1854 and, as a widow, married Jonathon Horridge in 1901. She was in fact the aunt of Dorothy’s grandma, Ann Eliza Johnson. Their hotel was at 42 South Parade. 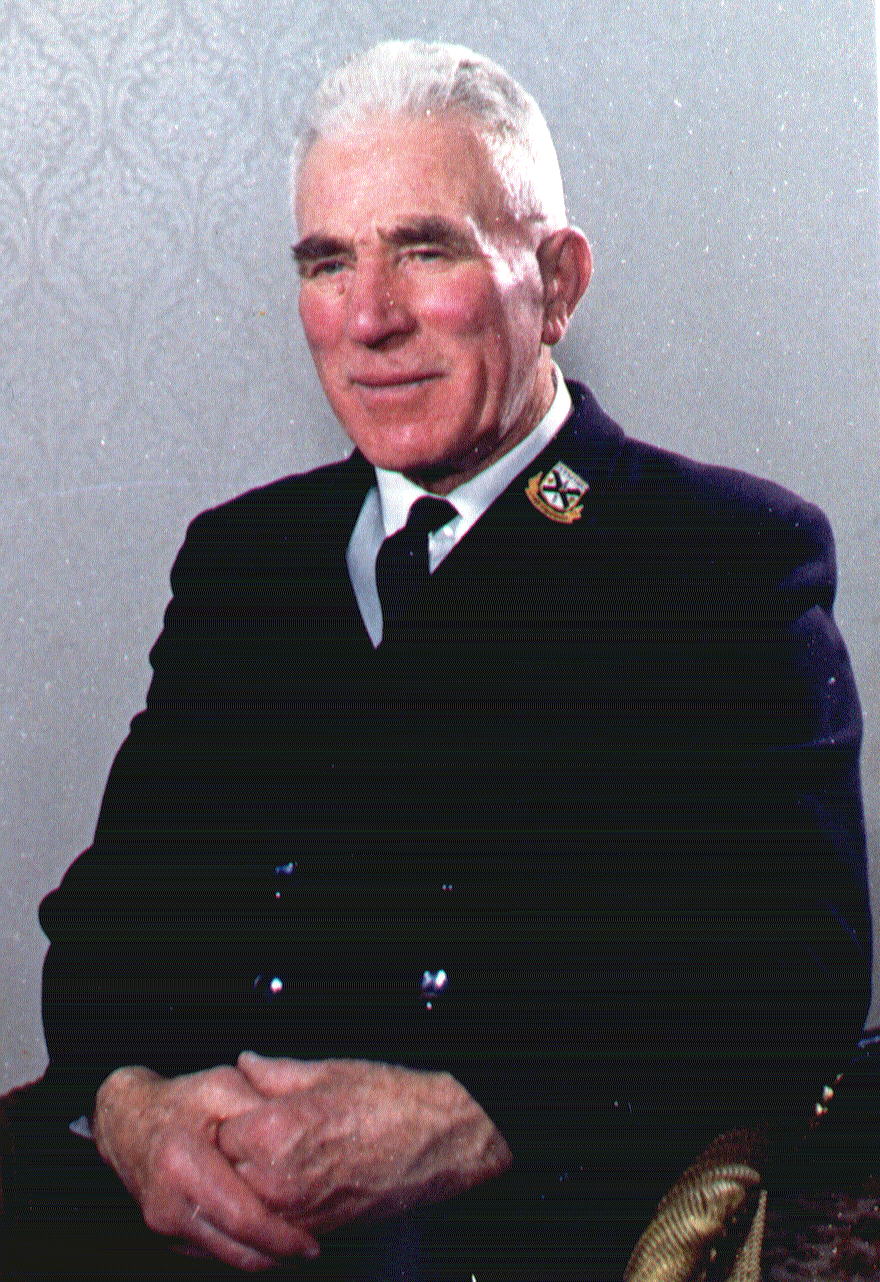 My dad drove a van for the Electricity Board. When I was a very little child I think he used to drive lorries for Willie West…I think that he would do it on his holidays from the Electricity Board. (He would take my cousin and me in the lorry and we would sit on the front seat….we used to go all over the country. William West used to have his firm somewhere at the top of Nottingham Road but went down Furnace Rd. Harold Jolly married Marcelle West who was William West’s daughter.

And here (right) is Jack in his uniform as mace bearer ….

When dad retired from his work with the Electricity Board, at the age of 65, he immediately saw the position of Mace Bearer for the Mayor advertised….he went for it and he got it.

It was absolutely marvellous for him…he loved it.

He held that position for at least 10 years, probably more.

And on to Dorothy’s maternal grandparents