… the quest for a new cemetery site was finally concluded

By July 1891 a new ‘cemetery site‘ had been identified; it was 22½ acres of glebe land, lying east of the parish church, on what locals knew as ‘Hilly Hollies’. As well as accomodating the new cemetery, some of the land would be held in reserve and some used for building and other purposes. This time a loan of £5000 was needed … as was another public enquiry to approve this.

At this inquiry the rapidly growing population of the town was cited as need for the cemetery and the loan, as was the growing indebtedness of the Borough, caused by spending on gas and water schemes, the sewage farm, public buildings. And there just wasn’t sufficient space to bury all the bodies !! Part of St. Mary’s Churchyard had been closed since 1856, by order of the Privy Council, while the rest of the graveyard was so overcrowded that paths were being used for graves, some coffins being put in water, or too close to the surface, one on top of another. The graveyard at Christ Church, Cotmanhay, was three-quarters full, while the private cemetery in Stanton Road was similarly full. And there was no graveyard in  the parish of Holy Trinity.

All possible spendings were laid out — £150 per acre for the land, fences around and paths within the cemetery, surface drainage, planting of trees, foundations for two chapels (although for the two buildings another loan would be needed), and a new road leading to the burial ground.

In September 1891 the site and loan were approved by the Local Government Board. Of the 22½ acres, 10 acres initially would be used for the cemetery, 6½ acres would be held in reserve for cemetery extension, and the rest would be sold off over a period of five years.

This cemetery was to be Park Cemetery, which many now recognise at the end of Park Avenue.

This choice meant that several old pathways which crossed the site would be closed, and new roads would be constructed, so that vehicular and pedestrian access would be facilitated. One of these new roads, running northwards and then eastwards from Nottingham Road was later to be Dale Street, which would then join with another new road, running northwards and joining Park Road; it was already, by 1892, in construction and was to be named Park Drive.

In that year the Cemetery Committee of the Town Council invited the Bishop of Southwell to join with resident minsters in a dedicatory service of the new cemetery. By that time the Council had decided not to consecrate any part of the new cemetery so that, in a letter dated July 19th1892, because of this decision, the Bishop declined to take part in this service. His refusal was yet another occasion when Councillor Charles Mitchell could  criticise some of his fellow councillors, stating that the Bishop should never have been insulted by asking him to take part in the dedication in the first place.

Just over a month after the Bishop’s refusal — on Wednesday August 31st — the new cemetery was publicly dedicated, though the occasion was boycotted by the Anglican ‘churchmen’ of the town, including the Church members of the Town Council (and the Mayor John Moss was absent also). “However, nobody seemed one penny the worse by reason of their absence” (Derby Daily Telegraph).
Several nonconformist clery were present however — Thomas Roberts (Wesleyan), James Bainton (Congregationalist), William Evans (United Methodist Free Church). J. Hardy (Primitive Methodist). It was left to Councillor Joseph Scattergood to declare the cemetery open to interments, and after a final hymn the proceedings terminated.
The Borough Surveyor, James Henry Kilford, had ‘tastefully’ laid out an area of 12½ acres for burials, enclosed with an iron railing, and planted with trees and shrubs. The total cost was now estimated at £7500, including the lodge and chapel, which were expected to be built by the spring of 1893. Don’t hold you breath !!!
At the next Town Council meeting a few days later, Councillor Charles Mitchell (who else ?!!) raised the question of why members of the Councill had not been invited to the opening ceremony of the new cemetery. The Mayor indicated that he had not been asked to attend but would have done so had he received an invitation. It was also noted that the the Vicar of St Mary’s was organising a petition, asking the Council to reconsider its decision and permit the consecration of part of the cemetery.

October 1891: A couple of new records

At the Council meeting of October 6th, the Mayor congratulated the Councillors upon their meeting that day — it was the shortest yet held !!

And then at the end of the month, for the forthcoming Council elections, there were only two candidates for each ward. No contests !! Except for Edwin Sutton, all candidates were Liberals. The Mayor, William Tatham, commented upon the ‘unanimity shown in these elections this year‘ — this would save the town ‘considerable expense’. It was the first time that contests had been avoided in any ward. 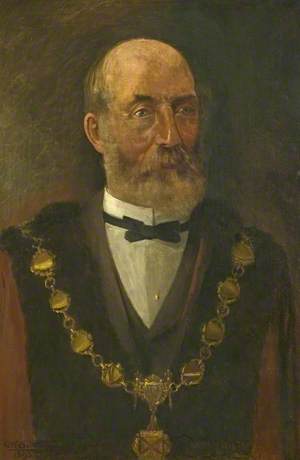 And in similar fashion, at the same time in the following year, Alderman William Merry was chosen as John Moss’s successor mayor for 1892-93 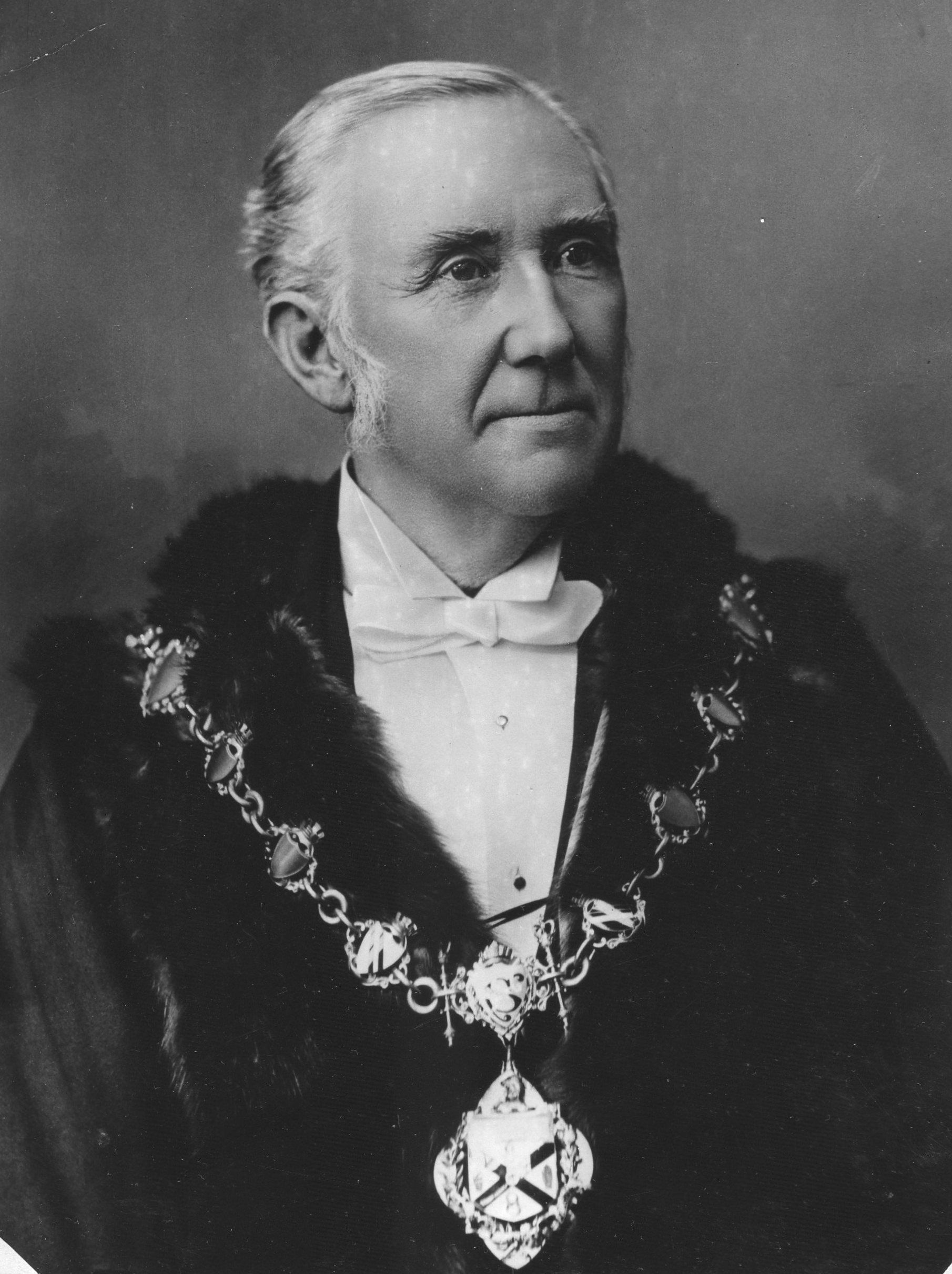 On April 28th 1892, along with many other candidates, Henry James Kilford, the town’s Borough Surveyor, attended a two-day, oral and written examination, organised by the Sanitary Institute at Derby — for ‘local surveyors’. At the culmination, Henry emerged as ‘certified to be competent as regards sanitary knowledge sufficent to discharge his duties’.

And in October of the same year, the Council’s Town Clerk, Wright Lissett, passed preliminary examination and was admitted a student of the Honorable Society of the Middle Temple in London — the firststep necessary to qualify him as a barrister-at-law.

Perhaps a misleading heading. By this time there seemed a distinct lack of interest among the Ilkeston’s Conservatives in fielding prospective representatives, for the municipal elections — for the second year in succession. As usual six councillors had to resign, but not one of the Conservatives either wanted to stand again or, if opposed, would stand for re-election. Thus six Liberal candidates (or Radicals as the Derby Mercury named them) were nominated for the vacant posts, and so there was no subsequent contest.

The issue of providing a ‘Free’ library for the town had been raised several times, both in the distant and more recent past … the latter attempts being spurred on by Councillors Charles Mitchell and Joseph Scattergood. Now, in 1892, the Central Government had just enacted the Public Libraries Act and some Town Council members thought it might be time for another attempt. The first step would be a vote to adopt the new Act, and after a public meeting, a poll of the town was agreed. The result was decisive — for Adoption 532, against 1284. So Ilkeston had voted to reject a Public Library; the issue was ‘kicked down the road‘ and didn’t reappear nutil the next century !!
“The result is to be earnestly deplored on all grounds” exclaimed the Derby Daily Telegraph. “We trust that a short time only will elapse before the voting ratepayers will be brought to see the error of their ways, and  will, by an adequate majority, reverse the decision at which they have arrived. Their recent vote can only mean one of two things. Either they are quite satisfied with the facilities for obtaining access to literature which they at present possess, or else they desire to remain in intellectual darkness … we can only hope that the first of these suggestions is the accurate  one”.
And for the Hucknall Morning Star and Advertiser it was clear that “Ilkeston did not improve its reputation” by this result.

Details: Thomas Poxon, Collector of tolls for Ilkeston Corporation, had seen the accused surreptitiously taking water from a tap near the Bridge Inn on Awsworth Road, and then carting it to the Jolly Boatman, which was not supplied by the Corporation.

But as we are examining civic affairs, I thought this would be an appropriate place to include (temporarily) a pamphlet sent to me by Mike Hallam … the subject is the 1911 Coronation of King George V and Queen Mary.