Adeline continues her walk down the west side of Bath Street. On the map below, dated about 1881, we are walking from bottom to top (south to north), approaching Mount Street on our left (west). 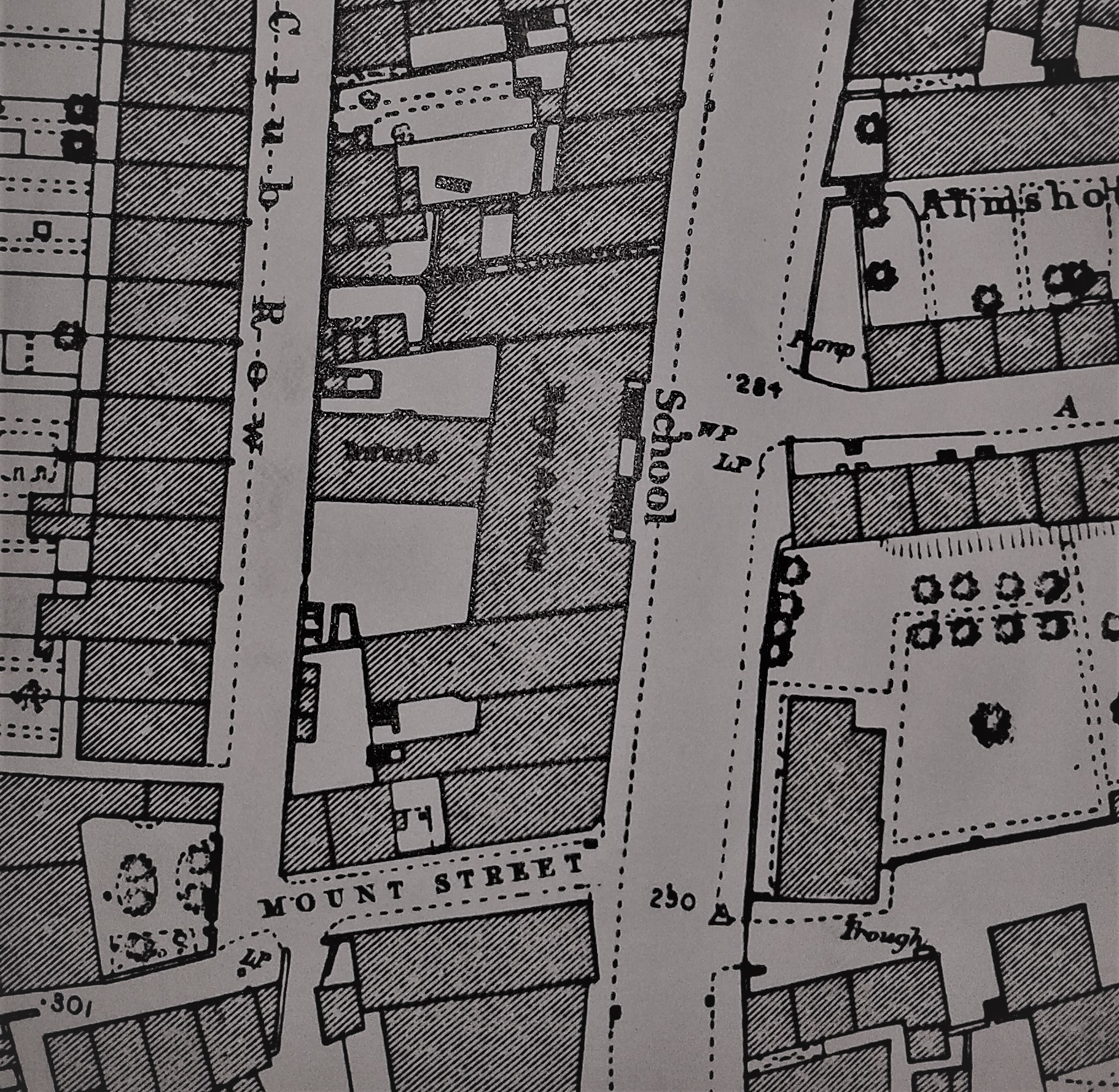 “Going down Mount Street we passed Mr. Purcell’s house and side entrance, and at the bottom of Mount Street on the south side was Mr. George Purcell’s chemist’s shop.
“He and his wife attended the Independent Chapel in Pimlico. Mrs. Purcell was lame.”

It should be noted that by the time the map was drawn, George Purcell had ‘departed’ from Mount Street. The site of his shop was now occupied by shoe maker/retailer Thomas Brown whose manager was Walter Lally

I would like to thank Roger Purcell whose research prompted the inclusion of this page, which is largely composed from his contribution. As you will note, Roger is a relative of the Ilkeston Purcells. He writes ….

My great great grandfather George William Purcell senior (1789-1846) was the father of the Ilkeston druggist, his eldest son, George William junior (1814-1867) George William senior ran a school in Chatham with his wife Elizabeth (née Foster). Born in Bessels Green, Sevenoaks, Kent, George William junior married Mary Harrison in the parish church of Bramcote (presumably St Michael’s) on 1st January 1839, with Thomas Harrison and Peace Maria Fuller (Mary’s sister) as witnesses. He already described himself as “druggist”. They could afford to keep a servant, Martha Hopkinson age 17 by the time of the 1851 census – so were obviously successful in the trade.

[From 1839 George William junior began to trade in Ilkeston as a chemist and druggist. His wife Mary was the daughter of Thomas Harrison senior and Mary, and younger sister of Market Place grocer and chemist Thomas junior — who had previously occupied the premises of  Thomas Merry until he left Ilkeston about 1842. Her brothers John and Edward were also chemists and druggists.]

What connects a Kentish schoolmaster to an Ilkeston chemist and druggist ? Roger suggests an answer.
George William Purcell senior and his family moved to Derbyshire, as his younger children were born in Ilkeston and one (Ebenezer) in Sawley, Derbyshire. Their census entries show birth dates there from about 1821 (John) to about 1828 (Ebenezer). So George William jnr. was actually brought up in the county. I have discovered that his father was a member of the Baptist Church in Bessells Green, Kent and, after a schism in the congregation, founder & and minister of the New Connection church in Wrotham, Kent from 1815. 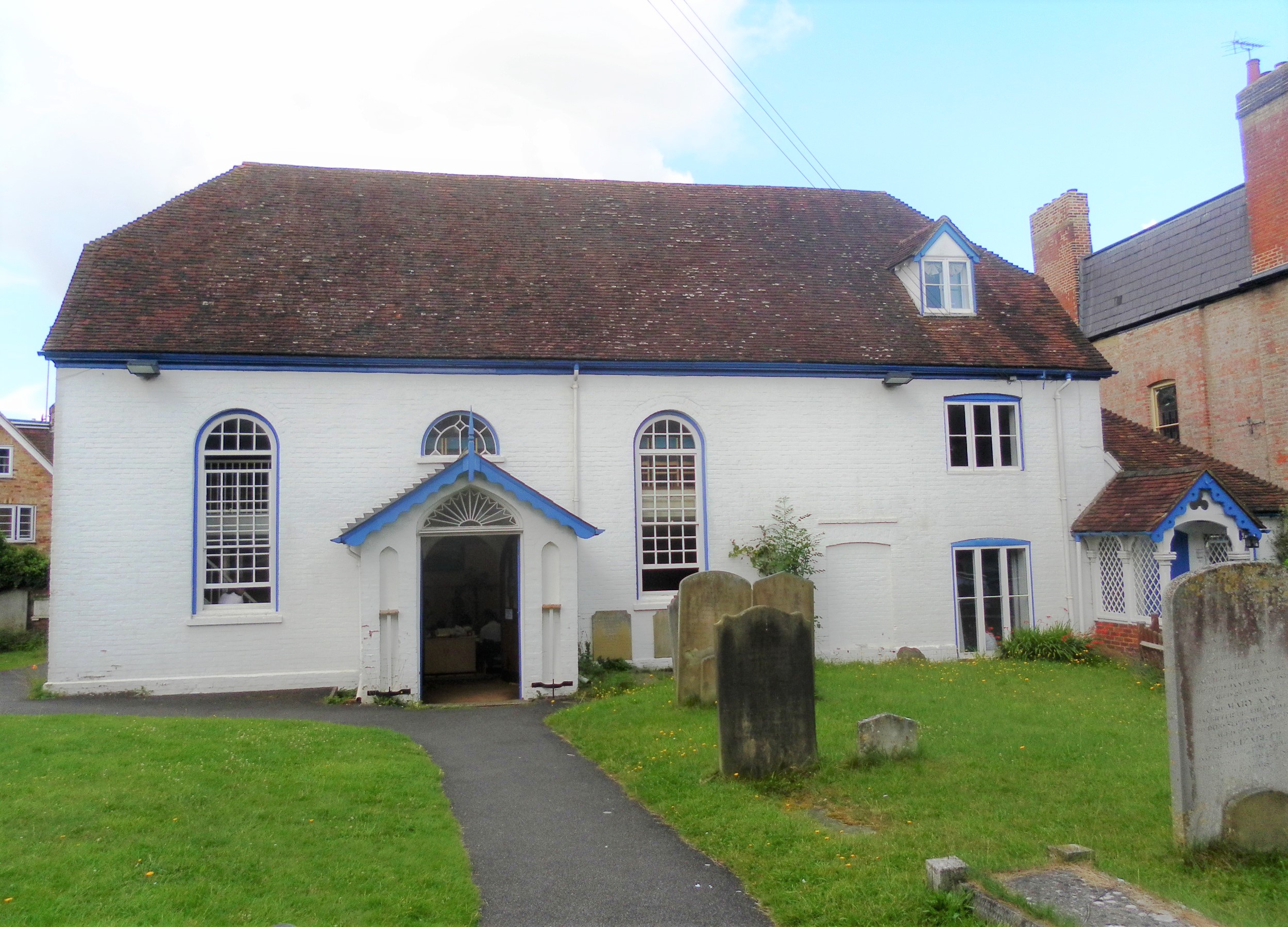 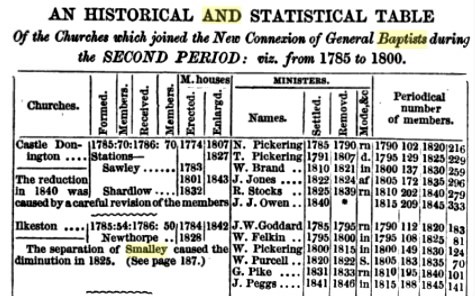 The records I have show George William snr. and Elizabeth were back in Chatham in 1838, so the family must have been living in Derbyshire from after 1815, when son James was born in Kent, and before son John was born in 1821 in Ilkeston. I have also discovered that there was a New Connection Baptist church in 1818 covering Ilkeston and Smalley.

The Ilkeston and Smalley Baptist communities were formally separated in 1822 – at about the time George William moved to Ilkeston. Is it possible that his move was arranged by The New Connection to bolster the newly independent community there? Judging by his history in Bessell’s Green in Kent, George William was clearly possessed of an evangelical zeal, which was espoused by the New Connection, an ideal man to be sent on such a mission.

So it seems likely that George William senior was persuaded to move to Derbyshire about 1820 where he was Minister in Ilkeston for two years, then transferred to Smalley when the communities were separated in 1822 staying until 1830, when he returned to Kent and settled in Chatham (where his sister Tamasin was living) and set up a school with his wife Elizabeth.

How does this strike you?

As the advert (right) shows, 18 years after his arrival in the town George William altered and enlarged his ‘General Drug, Medicine and Perfumery Warehouse’ in Bath Street and expanded its range of goods.

It was now the place to go if one wanted to purchase Burgess’ Essence of Anchovies, Cheshire and other sauces, Mushroom ketchup, Edward Fullwoods and Co.’s Improved Orange Cake and Liquid Annatto (for colouring cheese and butter of course!), Wilson’s Scotch snuff, cigars and tobacco, salad oil, malt vinegar, jams and marmalade, pickles and spices.

Also on the shelves were Parkes’ Detergent washing paste, furniture cream and polish, perfumery and soaps, tooth powders, smelling salts — side by side with Morris’ Vermin Destroyer alias Farmer’s Friend.

And of course George William was a chemist and so could dispense prescriptions and family recipes, pills for a variety of ailments both for Man and beast, while keeping a constant supply of fine healthy leeches.

And he was now acting as Agent for Benetfink & Co.’s Patent Base Coin Detector. 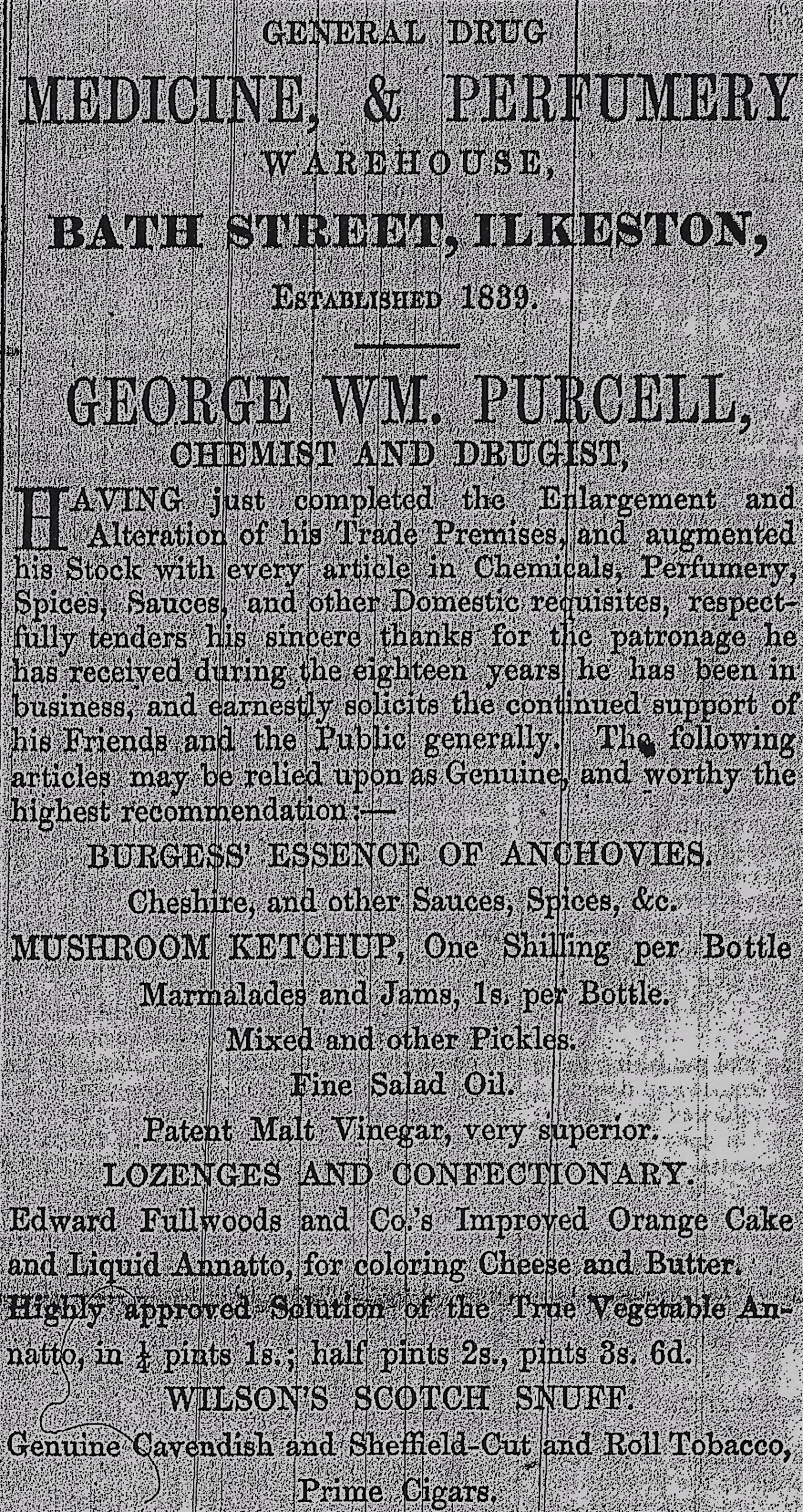 Roger provides an insight into the last days of George William ….

It is interesting that he was well off enough in 1855 in his forties to be a private patient but by the 1860s he was declared a pauper. Presumably the business failed with his ill health.

George William junior died in December 1867, aged 53, ‘for many years the respected secretary of the Ilkeston Mechanics’ Institute’* .
In the same year his premises were taken over by Luke Wright junior, grocer and woollen draper.

*This may have been the Ilkeston Mechanic’s Library rather than the Mechanics’ Institution which was established in 1880.

Footnote .. Roger adds ….. I see from my records that George William Snr’s second son, James,  who was also born in Kent but raised in Ilkeston, returned to Derbyshire and married a girl from Heanor where they live before later moving to Nottingham. The area obviously agreed with the family.

This was James Purcell, born about 1815, who, on December 26th, 1836 married Mary Osborne of Heanor, at the parish church there. The couple then went to live in Nottingham where James worked as a ‘lace maker/ framesmith’. He died in the town in 1889, aged 74.

Let’s pause here and have a closer look at the Higgett family, brought to us by John Daykin