Close to the Travellers’ Rest, Wakefield’s Yard was an area traditionally notorious for loitering footpath obstructers, many but not all of them, Irish. Their area of ‘lingering’ spread up to the Toll Bar and along South Street, taking in Robey’s Yard.

Adeline’s memories — “Mr. John Wakefield, baker, had a shop in Wakefield’s Yard, off White Lion Square. I think he sold everything. Mrs. Wakefield was a Frenchwoman. She was a very nice lady. She found out that I was very fond of music, and if I went too early for the bread, she would play on the piano for me, and I am afraid that I very often contrived to be there before the bread was ready.
“They had not any children.”

Son of baker Robert and Ann (nee Needham), John Wakefield was born in Costock, Nottinghamshire in 1821.
He married Margaret Geer (or Greer or Green) at St. Alkmund’s Church in Duffield in September 1843 and about two years later moved into Ilkeston.
At that time the couple had one son, Henry Edward, born in Loughborough in 1844, and shortly after, son Thomas was born in Ilkeston at the end of 1845 but he died just over a year later. Son William Thomas was born in 1848 but also died shortly after.
The census shows that Margaret was born in Hellingly, Sussex, (of John and Elizabeth (nee Ballard)?)

At the end of 1857 John was declared bankrupt and at his bankruptcy hearing in January of the following year dubious financial behaviour on the part of the baker was suggested.
Prior to his bankruptcy John had transferred some money which he held in various money clubs in Nottingham to ‘parties, under peculiar circumstances’.
He then left for Manchester, taking with him £200 as his wife Margaret had admitted. A large surplus of this cash remained unaccounted for. His creditors suggested that John’s flight to the north-west was a prelude to his leaving the country but that the declaration of his bankruptcy had forced him to return to Ilkeston.
John seems to have had a very ‘relaxed’ business attitude — he kept no books at all and relied upon memory to recall transactions and debts.
The judge at his hearing was not impressed by what he had heard and consequently the baker was awarded only a third class certificate.

Margaret died in June 1878 and John in March 1897, both having spent the whole of their Ilkeston life in the Wakefield Yard area.

“Wakefield’s Yard had several old cottages in it. Mr. Wakefield’s shop was at the beginning of the yard.” 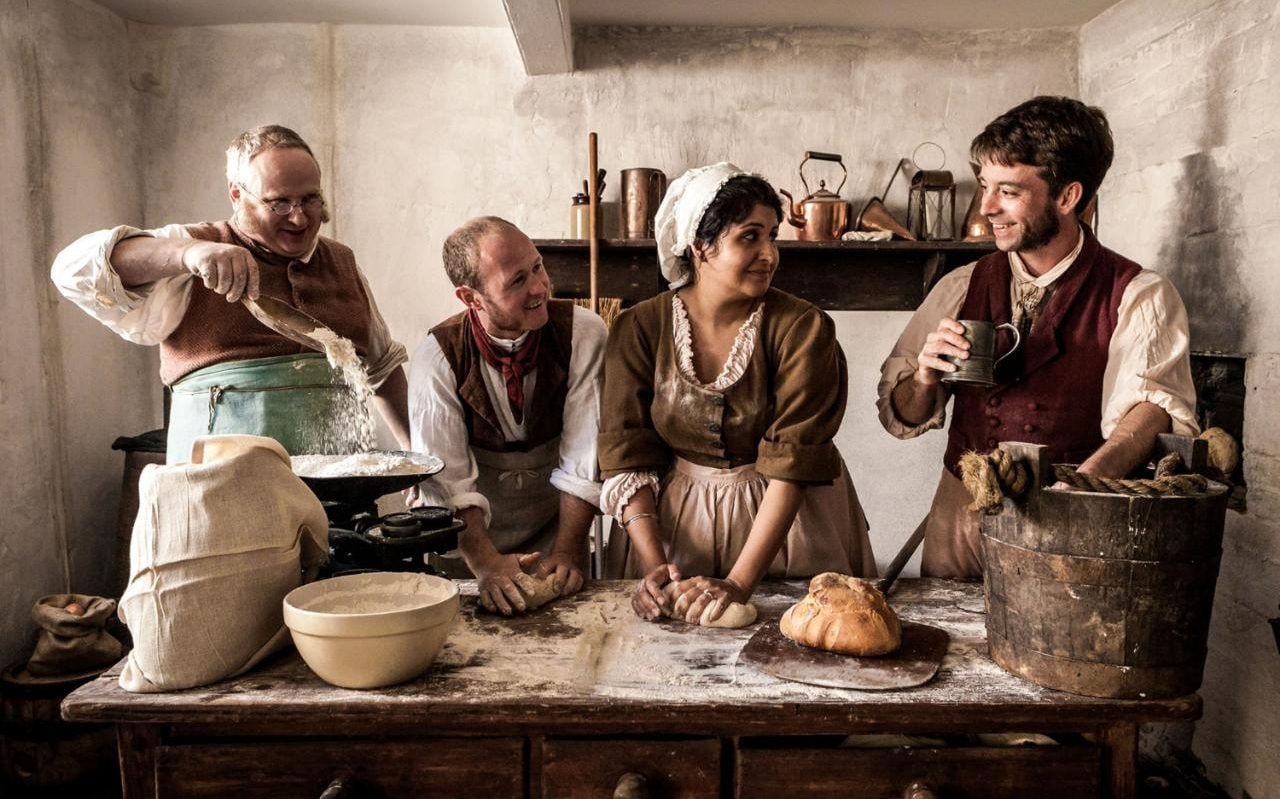 There was a little shop window by the side of which the door stood, and, entering, we saw in the dim light (for the window did not afford much light) a narrow lane bounded on the left by a long row of flour and corn bins (old style, wooden side and lids), and on the right by a counter, and on a shelf or broad board at the end lay the bread on sale.
“The rest of the stock was chiefly confined to a few jars and tins, containing sweets, teas, etc. The dim light faded altogether at the far end, and we walked forward through a doorway into a black room (I mean a room superlatively dark) for the eyes were a long time adjusting themselves to the gloom, which was no doubt the kitchen, then we turned suddenly to the left, and through another doorway, and here a faint streak of light made itself visible, from underneath the baker’s oven. At the same time a light would show, for the baker had preceded us and turned up the gaslight.

“As we entered the baker’s shop from the street we could hear a muffled sound of crickets, and when we got into the bakehouse, which so far as I recollect had no window, a choir of lusty crickets burst forth into joyful song at the going up of the light, for they seemed to know that company had arrived, and must be greeted with music… the chorus died down with our departing steps and the lowering of the gas jet. 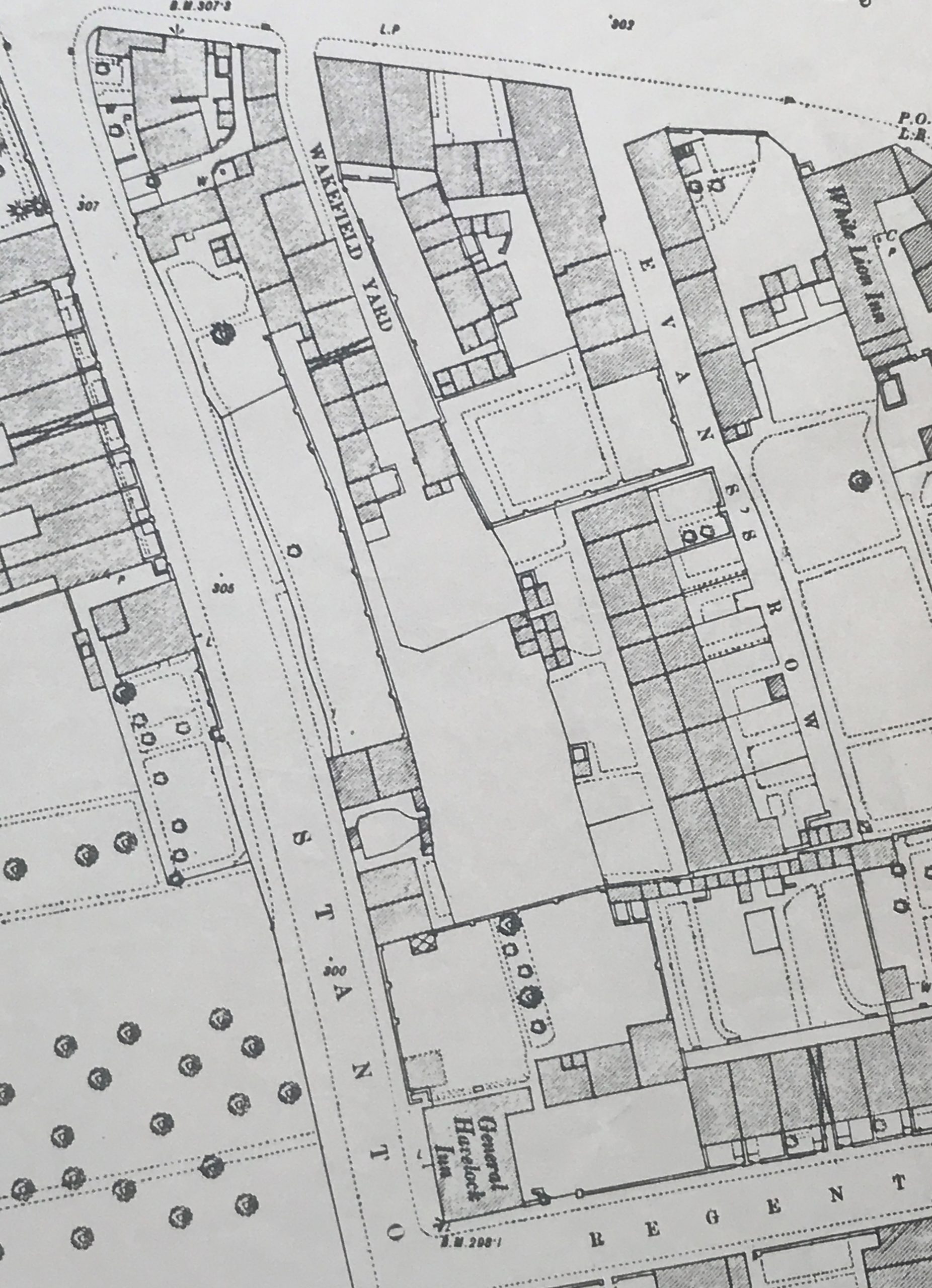 “Anytime from October to April it was a pleasure to be asked to fetch a loaf of bread in the hope of standing for a few minutes in that warm bakehouse, while Mr. Wakefield was employed putting the dough into the oven, or more often, drawing the baked bread out. And there can be many who remember him out on his rounds, selling sometimes bread and sometimes Bath buns. (Tilkestune Mar 1929 IA)

“In those days bakers used to bake small loaves in a batch, a dozen or so. These were used for stuffing or puddings. They were a penny each. People said John made smaller loaves and so got more money for the building of the house, so they dubbed it ‘Penny Loaf Hall.’ But I failed to see how John could make much profit out of such a small thing as a penny loaf.” 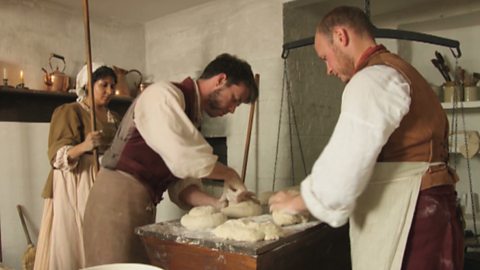 “The penny loaf … was a survival from ancient times. It was one of Mr. Wakefield’s successes, and was greatly enjoyed by children and invalids, being a milk loaf”.

“Mr. Wakefield built the double-fronted house on Stanton Road, below the Havelock Inn. It was called ‘Penny Loaf Hall’ by the people.”

Penny Loaf Hall adjoined what used to be the old fire station at the corner of Havelock Street.

“Mrs. Hawley, a widow, and her daughter, lived next door”.

Widow Hawley, who assumed that status in 1871, was born Abigail Roberts, daughter of Joseph and Sarah in about 1815 at Osbournby, Lincolnshire. Mary Jane Hawley was the ‘daughter’ recalled by Adeline.

William Hawley had been her husband and he was already a widower when he had married Abigail’s sister, Mary, in December 1852. The latter died in December 1857, less than a fortnight after giving birth to Mary Jane, their only surviving child.

Wakefield’s Yard and the surrounding area, especially Evan’s Row, housed many noisy Irish … and of course some very well-behaved ones too!!