Writing a letter to the Pioneer at the beginning of 1872, ‘Aesculapius’ complained about certain failures of the Local Board — and the Pioneer was of course only too happy to go to print.
“The greater part of South-street, carriage and footway, has long been in a disgraceful state: there is no crown to the road, and the footway by Wesley Chapel is admirably adapted to retain all the wet and filth falling upon it; it is often quite impassable without top boots. In wet weather it is not fit to walk upon”.

At what is now the site of the Social Security Offices, the South Street Wesleyan Chapel stood opposite the Prince of Wales Inn and Truman’s Court – on the other side of the road.

In Oxford he met with others for Bible study, prayer and communion.

This group of friends was, by some, derisively referred to as the Holy Club, Bible Moths (feeding on the Bible as moths on cloth), Bible bigots and the Oxford Methodists because of their rigorous approach to the Christian life — their ‘strict conformity to the method of study prescribed by the university’.

According to Wesley, a Methodist was ‘one that lives according to the method laid down in the Bible’. 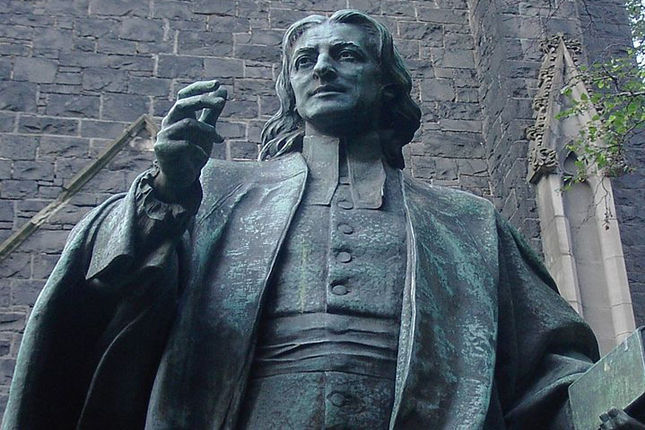 After some years as a missionary in America, Wesley returned to England to spend the rest of his life preaching to crowds, often numbering thousands, throughout Britain and Ireland. He became a widely travelled itinerant clergyman, visiting mainly poor neighbourhoods where his audience was predominantly industrial workers and agricultural labourers. He preached 42,000 sermons, published 233 books, spoke out against drinking and gambling, encouraged people to work hard and save for the future, campaigned for prison reform and universal education, and against black slavery. 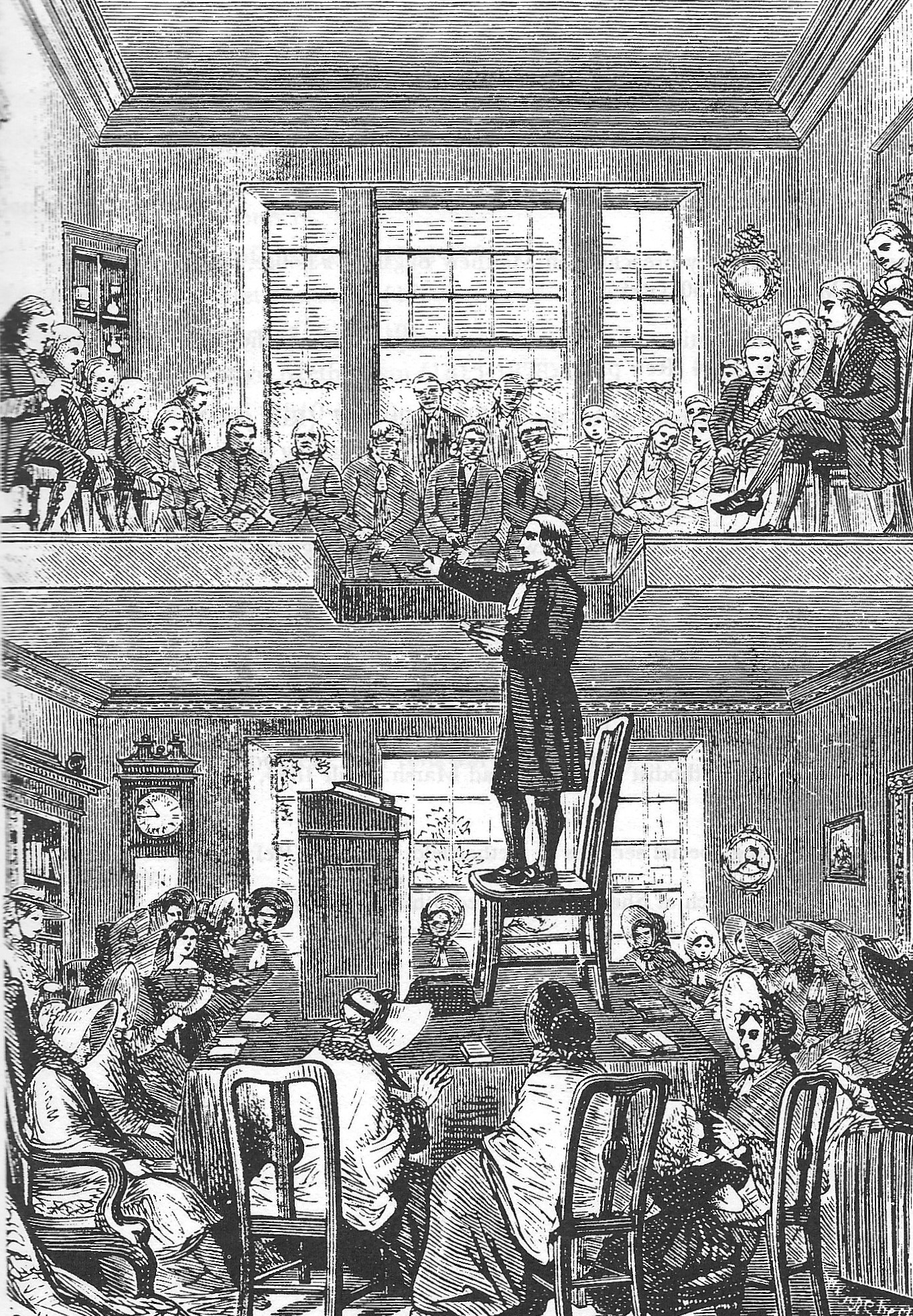 Until his death Wesley remained a member of the Church of England although he was often banned from the church pulpit because of his views and preaching methods. Most ordained ministers had no liking for his approach to the service of God, so his movement had to enrol dedicated laymen who acted as evangelists.

It is said that Wesley travelled 250,00 miles and some of those miles brought him into the Erewash district.
He preached at Sandiacre in 1770, at Stapleford in 1774 and again in 1780, and then in July 1786 he came along the ‘miserable roads’ leading into Ilkeston while journeying from Derby to Nottingham. The vicar, Rev. George Allen, invited him to preach at St. Mary’s which ‘though large’ was ‘sufficiently crowded’ on this occasion —  on Thursday, July 6th —  and the people ’seemed all ear’.
“Every eye was fixed on the venerable preacher, whose wonderful power of speech seemed to lose nothing with age”. (Frank Burrows).
Wesley wrote of the area in his journal; “I love this people; there is something wonderfully pleasing both in their spirit and behaviour”.

Following Wesley’s visit, other Wesleyan evangelists came to the area. One of these was Mary Barritt, reputed to be the greatest female evangelist of her time and who appeared in Ilkeston on several occasions.

In January 1800 she wrote “I rode to Ilkestone and spoke at night. Many sinners were pricked to the heart, some cried aloud for mercy, and a few were enabled to rejoice in God their Saviour. The night following we had a prayer meeting, and more evident good appeared”.

Mary however was not afforded St. Mary’s Church as a stage, so she met wherever she could… in barns, stables, houses ….  to spread her message.
As in March 1800 … “The following Sabbath Day.. I spent at Ilkestone. Several were brought out of darkness into God’s marvellous light. I then held a meeting in a barn at Cotmanhay, where some obtained faith in Christ. My next journey was to .. Cossall”.
And a month later …”I revisited Ilkestone. Here several more were brought to a saving knowledge of themselves as sinners and of God, as reconciled through Jesus Christ. One of these has since begun to labour in the Lord’s vineyard, and continues to preach the Gospel which he once despised”. 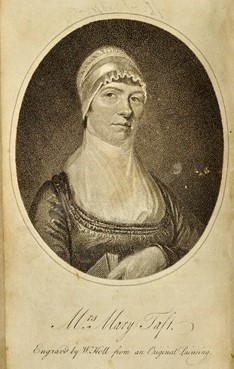 In August 1802 Mary married Zacharias Taft, a Wesleyan minister and the couple spent their last years at Sandiacre.
Both are buried at St Giles Parish Church, where their gravestones can be seen — at the right-hand side of the main entrance to the church.

The Ilkeston Wesleyan Circuit was formed out of the single Nottingham Circuit at the Conference of 1809, its first Superintendent being Philip Hardcastle. The latter Circuit had been formed out of the Derbyshire Circuit in 1776. These ‘Circuits’ were often very wide areas covered by a Methodist preacher, who went round the district in an order, often taking several weeks to complete the ‘circuit’ or ‘round’.

Thus the Ilkeston Circuit initially required the preacher to visit an area 13 miles long and about six miles wide, incorporating Cotmanhay, Stapleford, Eastwood, Kimberley, Long Eaton, Watnall, New Brinsley, Chilwell, Beeston, Trowell Moor, Sandiacre and Stanton.
Prior to 1809 the single Nottingham Circuit had 2000 members.
In 1810, a year after its formation, Ilkeston had 522 members while Nottingham now had 1400.
In subsequent years Ilkeston’s membership fluctuated but by 1831 the number was 840.
By 1841 it had fallen to 703.

And then the real problems began!