Opposite Henry Carrier, Adeline remembers that “on the south side were a few houses, and a small shop. I believe Mr. Sam Wood, baker, was the first tenant. He contracted typhoid fever, from which he did not recover.”

It could be that Adeline is confusing her ‘Sam Woods’. The Sam Wood who for a time had a home in Station Road was a lacemaker born in Denby about 1843, married to Mary Hill in 1862, then lived in Heanor, before coming to Ilkeston in 1871 to live initially in Mundy Street. Only later did he move into Station Road.

However the Sam Wood who more closely fits Adeline’s description was born in Ilkeston in 1848, the son of labourer William and Maria (nee Dickenson). This family lived in Chapel Street and later Belper Street where father William was a labour contractor for the local stone pits.

With his younger brother George, Samuel was a scholar at the Primitive Methodist Sunday School and a pupil at the British School before leaving to be an apprentice at the engineering works of John Whitehouse in Rutland Street.

The family moved into North Street about 1870, father William now trading as a grocer and baker, Samuel working as a boiler-maker and George as a joiner. In December of that year Samuel married Susannah Straw, daughter of Thomas and Ann (nee Jackson, late Aldred) although there is evidence that her parents were perhaps not married.

Samuel remained in the North Street area for many years after his marriage, living close by his parents.

In the later 1870’s Samuel took over his father’s business while brother George left temporarily to work in Litchurch, Derby.

On November 1st 1889 Samuel was elected onto the town council, at the head of the poll for the Central Ward, as a Liberal though he didn’t canvass on party lines; he was a clear winner and remained in office until his death … “a man of restless activity and few amusements“. This was Samuel’s entrance into civic affairs and he was joined, at the same election and for the same ward, by Alfred Burton Wood (no relation), the Bath Street provision dealer, who similarly had ‘no previous experience’ . At the time of this election the Ilkeston Advertiser referred to both the ‘Woods’, describing Samuel as ‘the bread‘ while Alfred was ‘the bacon‘. It also wrote that Samuel was well-known in the neighbourhood of North Street and his popularity with the miners won their vote and secured his substantial majority.

About this time he and his wife ‘adopted’ 12/13 year old Sarah Ann Straw (born April 4th 1876), daughter of coalminer Charles and Mary Maria (nee Phipps) and the niece of Susannah. As with most such ‘adoptions’ at that time, this one was an informal arrangement between consenting parties even though both Sarah Ann’s parents were alive at the time (though mother Mary Maria died shortly after in September 1890).

The family still living in North Street, one January evening in 1892, shortly after tea, Sarah Ann began to complain of a headache. As the child’s discomfort continued neighbour and local midwife Mary Staples and grandmother Sarah Phipps (nee Herring) were summoned for advice. They recommended that the child be given a mustard foot bath after which she was put to bed, a hot water bottle at her feet. The midwife gave her some pennyroyal and raspberry tea and Sarah Ann settled to sleep.
Samuel checked on her at 11 o’clock by which time she seemed to have improved.
He checked again at five in the morning when she opened her eyes and appeared well.
He checked an hour later and the child was dead. The doctor diagnosed the cause of death as ‘a weak heart, in conjunction with a consumptive tendency’.

In 1904 Samuel Wood contracted typhoid fever and was reportedly close to death before recovering, though much weakened. A few convalescent weeks at Skegness and later at Cleethorpes helped him significantly, though the improvement was not to last, and he was seriously weakened. In late November 1908, after attending a service at his Primitive Methodist chapel, he developed a chill which rapidly escalated into a more serious complaint and he died at Edmont House, Burns Street, on November 23rd 1908. His registered age at death was 60, although his gravestone shows a different age. (below)

Samuel’s son, William had also suffered from typhoid fever, in 1896, but his attack was immediately fatal. He was 23.

Daughter Maria Dickinson Wood married Horace Moss, the son of South Street pawnbroker John and Mary (nee Scattergood) on September 2nd 1890 at the PrimitiveMethodist Chapel in Bath Street. The chapel was decorated for the occasion, but so too was North Street, where garlands were stretched from side to side, and flags were hung. After a Wedding breakfast, the couple left to honeymoon in Scarborough.

William and Maria Wood lived the rest of their lives in North Street, both dying there in 1894 and 1885 respectively. They are buried in Ilkeston General Cemetery, as are Samuel and Susannah, and Samuel’s son, William. 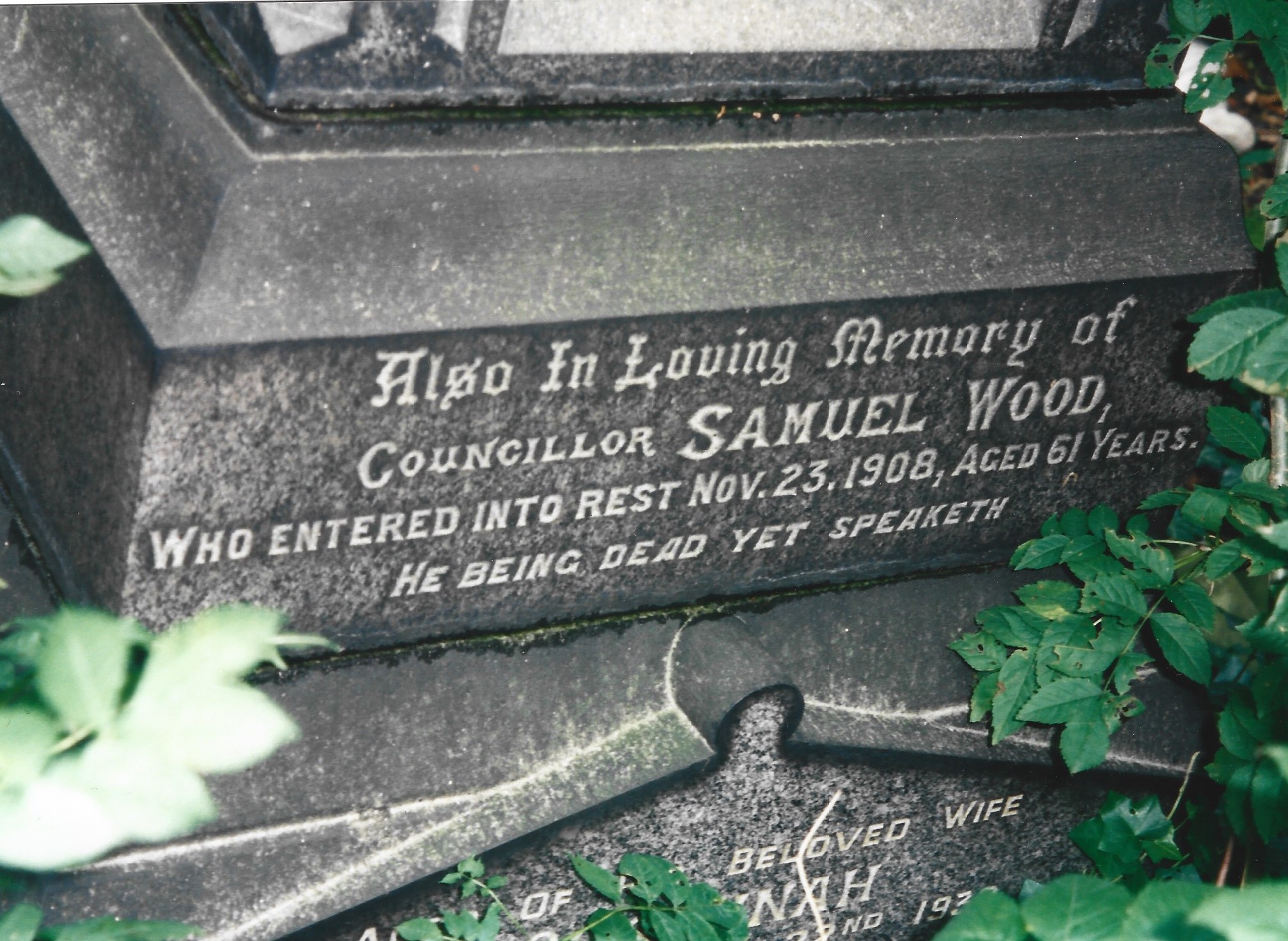 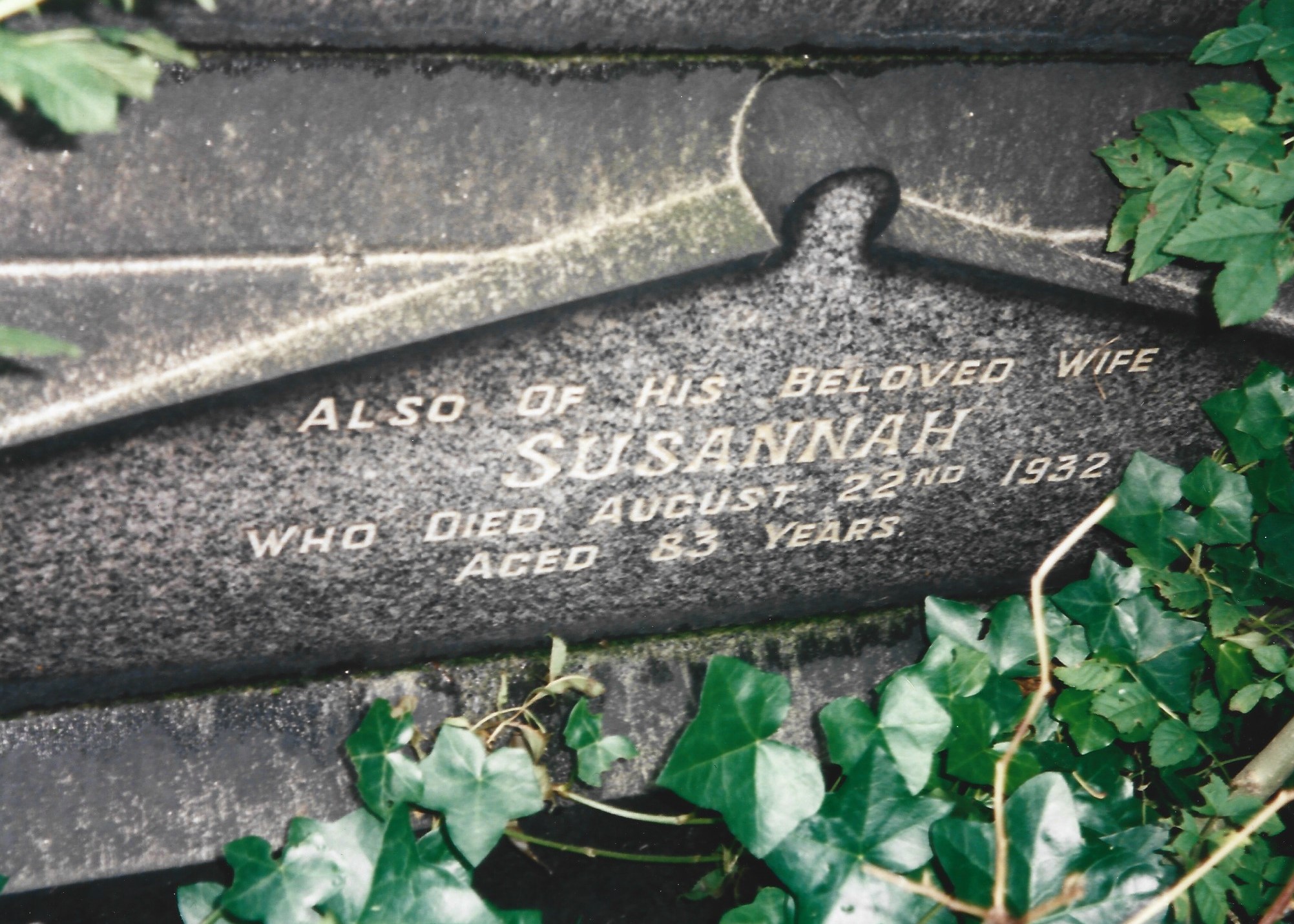 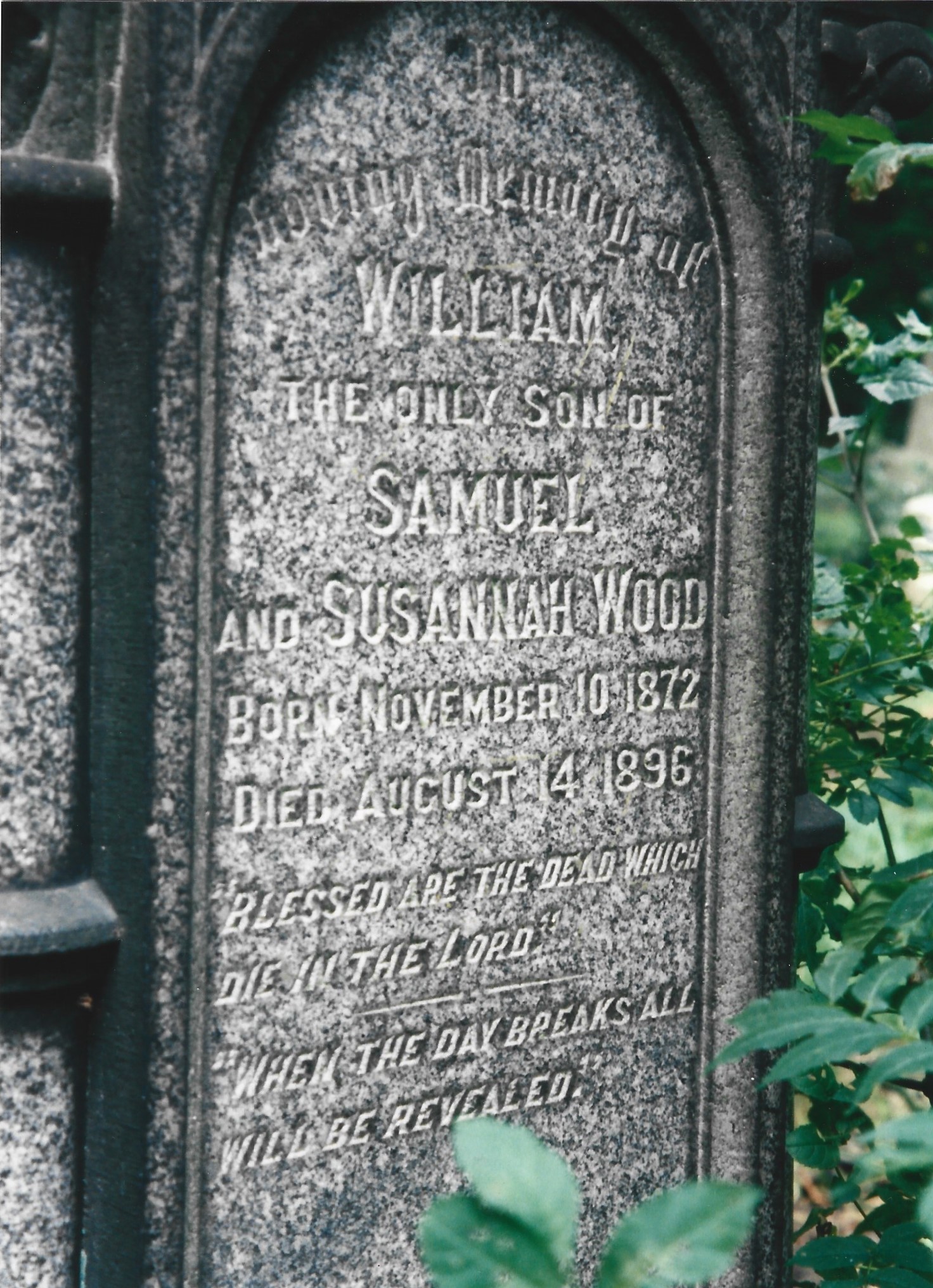 (William’s second wife, Harriett (nee Bagguley), whom he had married in 1889, left Ilkeston after her husband’s death to live with family in Derby).

One of Samuel’s neighbours was Enoch Carrier.