The Local Board Map of Ilkeston 1866

Not perfect but important, the 1848 Public Health Act gave some boroughs limited powers over drainage and sewerage, sanitation, waste removal, water and medical provision.
Also, in Section XLI (41) of the Act, it was stated that a Local Board of Health might procure or prepare a map of the area, showing ‘a System of Sewerage for effectively draining their District’.
As we have seen —  following the Local Government Act of 1858 (which replaced the 1848 Act) — a Local Board was eventually established in Ilkeston in 1864 …. not without some opposition !!
And a year after its formation an advertisement appeared in the local press, dated September 18th 1865, and ‘signed’ by John Wombell, clerk of the Local Board, asking for tenders to make an accurate survey and plan of the district. 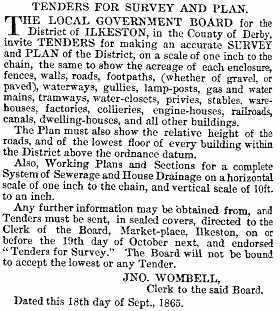 A Local Board sub-committee — the Plan & Survey Committee — was set up to consider the tenders and the one eventually chosen was submitted by civil engineer Charles Sherwood Newman, his total price being £137 6s 8d. He began work almost immediately.
A year later, October 1866, and the map was complete …

Charles did his work in several stages, each one rewarded by an interim payment. There were many difficulties and obstacles along the way but by October 1866 the map was complete and in November the mapmaker was able to display his plan of the district, which measured 12 feet by 28 feet, mounted upon a roller. It was compared with previous maps — William Gauntley’s maps of 1797, his enclosure map of 1798, and another of his maps dated 1817, but as they were all at least 50 years before, this was a meaningless exercise.

Charles was paid his final instalment on January 1st 1867.

The Market Place area, adapted from the map of Charles Sherwood Newman, made in 1866 for the Local Board. 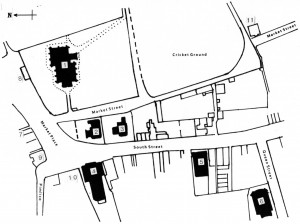 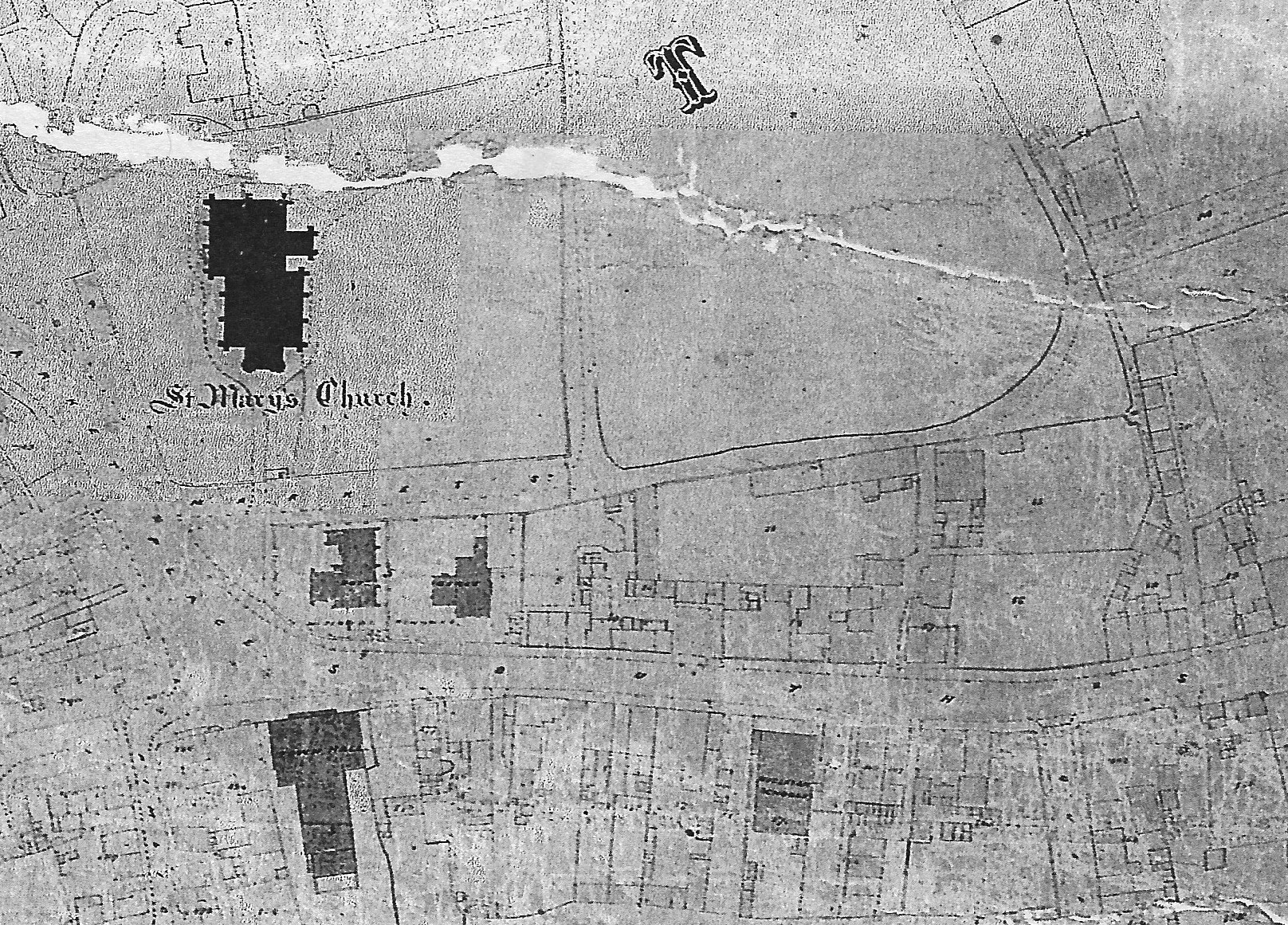 A section of Charles Sherwood Newman’s Local Board Map 1866 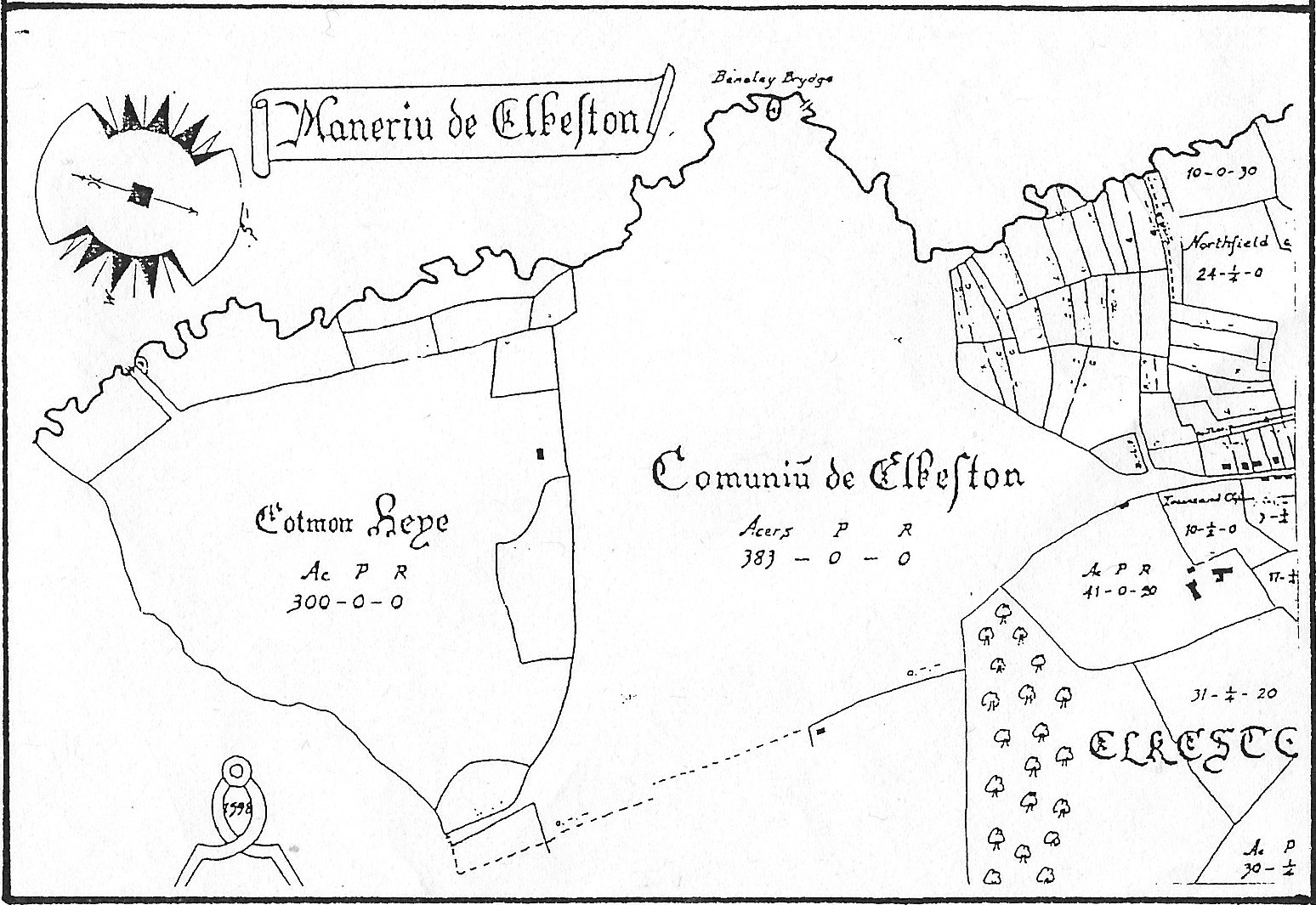 1 …. Above is the northern section of Henry Fletcher’s map of the ‘Manor of Ilkeston’ of 1598. I hope that you can see the amount of detail it contained.

2 …. Later, William Gauntley, surveyor to the Duke of Rutland, produced his map of land ownership in 1795. Each holding or parcel was numbered, and you can find examples taken from that map at other parts of the site. Below is the part showing the Heanor Road with what is now Granby Street branching off it. 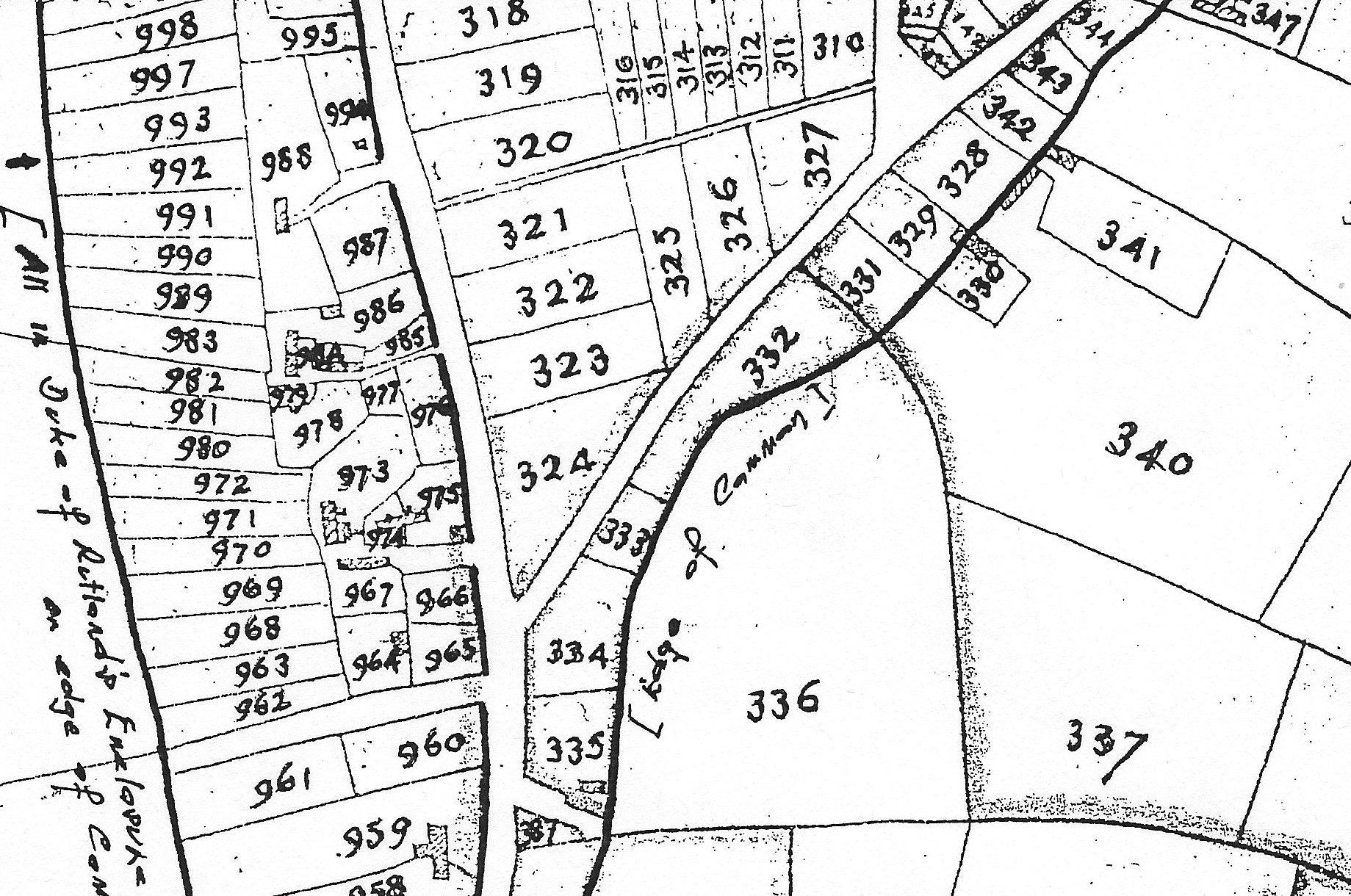 3 …. Just a few years later in 1798, at the time of the Enclosure of Ilkeston Common, William Gauntley produced a second map, very similar to the 1795 map, but with the parcels ‘numbered’ differently. The northern part is shown below. I leave you to identify the routes shown. 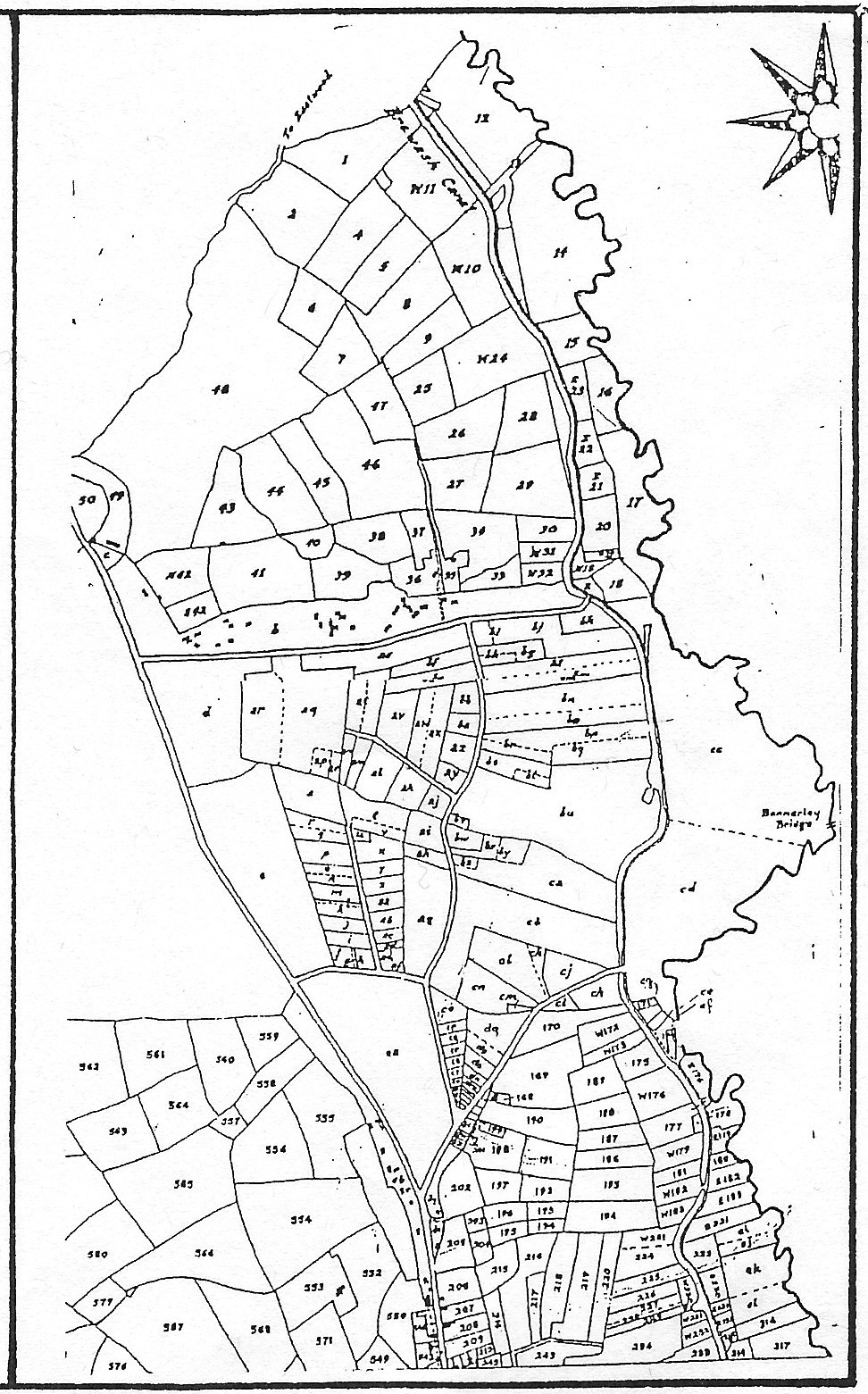