Where did this name originate ?

Adeline recalls turning the corner from South Street into Derby Road and on her right, after the Wheeldon family….. “was Chain Row, with Evans, Baker, Potter and others. I remember these cottages, having iron posts, and ornamental chains before their doors, but these got ill-treated, and they gradually disappeared.”

Chain Row was a group of seven houses, erected in the 1830’s or 1840’s by William Beardsley, farmer and colliery agent of Shipley, on the site of a group of older buildings, on the north side of Derby Road, between South Street and Albert Street.

Although they existed at the time of the 1851 census, you won’t find them listed as such — they were part of Moors Bridge Lane which stretched from these cottages down to what is commonly referred to as Straw’s Bridge.

…. blacksmith William Severn and his family. Before his marriage in 1834, William had had a friendhship with Ann Trueman which resulted in the birth of William Severn Trueman in 1832 … this offspring was to become a renowned sportsman who later, uncommonly, earned a living as a professional cricketer. On October 13th 1834, Ann Trueman married Thomas Flinders just six days after the marriage of William Severn to Ann Shaw.
…. hawker Samuel Henshaw and family … he later turned to selling fish in Bath Street.
…… framework knitter Frederick Lee from Dundalk, Ireland and wife Sarah (nee Williamson)
…. lacemaker John Parkinson Mee of Smalley, and his family
…. lacemaker William Carrier, son of Anchor and Betty (nee George), his wife Martha (nee Robinson), and children.
…. lacemaker Samuel Fletcher, his wife Judith (niece of the original builder of the Row William Beardsley), and her illegitimate son Henry Beardsley
…. boatman Samuel Attenborough, married in 1809 to Elizabeth Beardsley, sister of the original builder William.

In 1860 the row was sold to George Bunting, pork butcher of East Street. 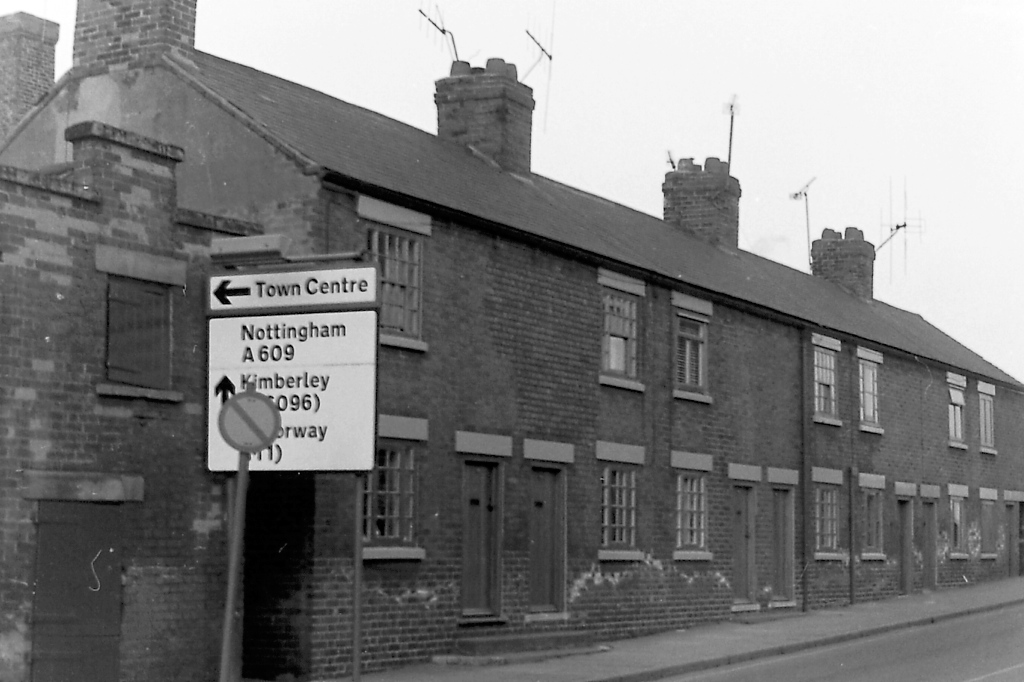 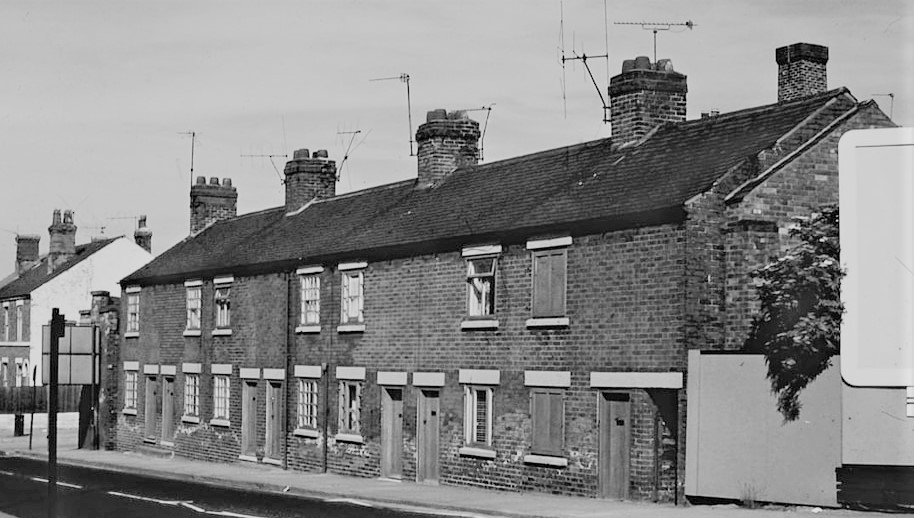 ……. joiner John Severn, the younger brother of William who had previously occupied the Row and who had gone north to Brightside Bierlow, Sheffield. John was with his second wife Mary (nee Robinson) and seems to have been content to live in this area — he was there for the rest of his life and died at 47 Derby Road on October 24th 1884, aged 68.
…. furnace labourer Joseph Brewin, another resident who enjoyed the environment and stayed there, almost for the rest of his life, dying in 1894, aged 76.
…. coalminer Isaac Trueman, and his family — guess where he died on April 18th 1891, aged 68 ?? At number 49.
…. silk weaver Henry Hopkin. His wife Elizabeth Hibbert had lived in the lane for at least ten years with her illegitimate children before she married Henry on October 15th 1860. The parents were to remain there for the remainder of their lives, Henry dying in 1888 (I believe) and Elizabeth, at 3 Derby Road, on December 19th 1906, aged 82.
…. furnace labourer William Webb, his second wife Elizabeth (nee Crooks), and his children. The family soon ’emigrated’ to Crichley Street.
….. Mary Bircumshaw (nee Housley), widow of Jabez, and who died shortly after, on November 7th, 1861. However, her ‘Moors Bridge Lane mantle’ was inherited by her son Robert who continued living in the Derby Road home until his death in 1910, at number 64. Robert’s wife since April 7th 1863 was Harriet Saunders, who lived just at the corner of Moors Bridge Lane and South Street … she died in 1916 and lived all her life at that corner !!
— with the one remaining house uninhabited.

Several of the same families were there ten years later, by which time it was named Derby Road. One of these families was that of Joseph Brewin, whose name you will see in the list above, and whose name appeared at the Ilkeston Petty Sessions, in August 1891, when he was still there — at number 2 Derby Road. Now he was a widower, his wife Sarah having died in 1885, and living with his son Edwin and his family. The property stood on the land of the Duke of Rutland and had originally, in 1783, been leased to Mr. ‘Gills or Sills‘. In 1882 the lease had expired and the present Duke wished to reclaim ownership. He asked Joseph to leave, but the latter was very reluctant, especially as he had been a tenant for so long, and prevaricated. During his tenure he had made a lot of improvements and repairs — all he wanted now was to be compensated for that work. In 1891 the Duke agreed and an allowance of £50 was paid, and an order for ejectment was made. I presume that Joseph now had to leave the premises, to spend the last three years of his life elsewhere … he died in 1894.

Gap alert!  Evans, Baker, Potter and others? Who were they ?

In the late 1870’s baker William Hampson was living in this area, along with his wife Ann, and several pigeons, one of which happened to stray into the pigeon pen of neighbour James Straw. William offered James a shilling plus a quantity of ale for the bird’s safe return. The offer was immediately refused … James wanted 2s 6d, far too much for William. Naturally therefore, the latter’s remedy — as that of so many Ilkestonians at the time — was to take the matter to Petty Sessions and charge James with “not quite amounting to” larceny. By this time the pigeon had ended up in a pie and could not be returned !! — and James was thus fined 2s 6d, 5s for the pigeon, and £1 1s 6d costs, or one month in prison.

The houses were finally demolished in 1979 and have been replaced by an imaginative row of rampant Leylandii (at least I think they are … Leylandii that is, not imaginative !!).

And continuing down Derby Road and across what is now Albert Street to the house of Kester Harrison.