After Club Row, and our quick glance at the Hallams,  Adeline points ot that “on the north side of Mount Street /Bath Street was Mrs. Burgin’s butcher’s shop.”

The family lived in South Street where Isaac died in February 1853, aged 33, and in the later 1850’s Sarah moved to Mount Street.

In 1864 Sarah was granted a licence to sell game both in her shop and in the Market Place.

“She was a widow, with two sons” declares Adeline, understating the size of Sarah’s family. In fact there were five children.

—William, the elder, worked at Carrier’s Factory.
Born in 1844 eldest child William was a clerk.

— Butcher Thomas worked with his mother at the corner of Mount Street and Bath Street until in November 1881 he married Fanny Elizabeth Cope, youngest daughter of Belper Street carrier Joseph and Ann (nee Meaking).
He seems to have traded in Stanton Road for a few years while his mother continued in Bath Street.
About 1885 he returned to Bath Street, perhaps when his mother retired.

— Sam helped his mother.
Samuel was also a butcher working with his mother in Bath Street. He married Jessie Wilde in September 1885 but nine months later he was dead from acute meningitis.
Jessie’s father was William Wilde, toll collector at Beeston Rylands Locks, and she went on – just over a year after Thomas’s death – to marry another butcher, Joseph Hickson of Nottingham.

And still a butcher’s shop on the site approaching the end of the next century. (from the personal collection of Jim Beardsley) 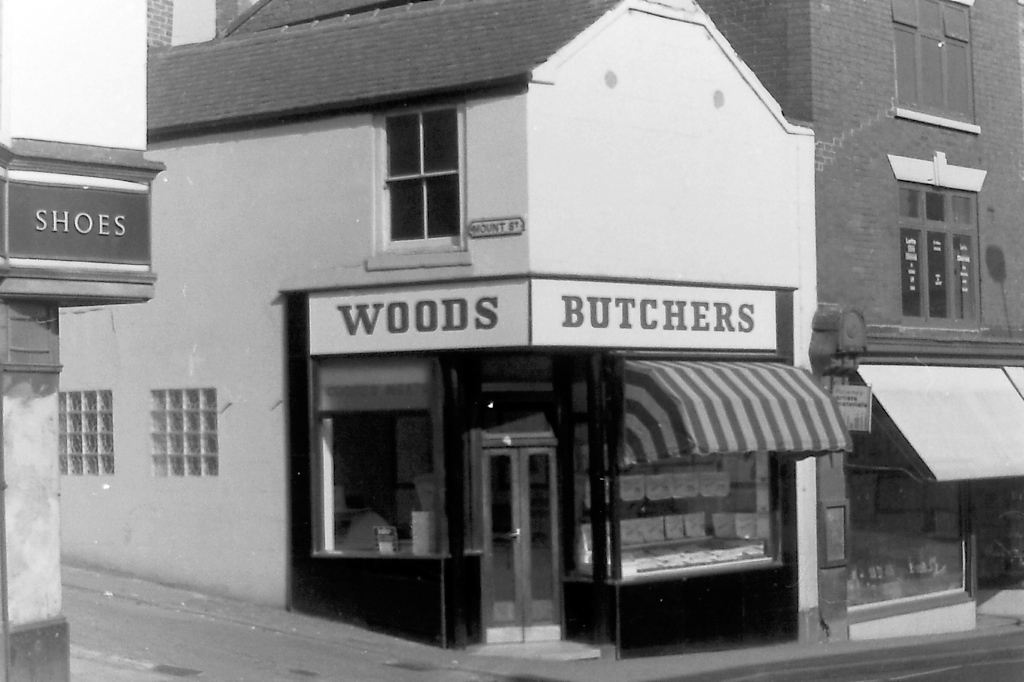 Mr Paxton, who at that time was a noted cricketer, lived at the same house.