The Wilkinsons of Little Hallam

Below the Cemetery grounds Adeline remembers that “at the bottom of Stanton Road on the East side, near Little Hallam, were two old detached houses. Mr. Wilkinson lived in one”.

Isaac Wilkinson and his family were long-term residents of the Stanton Road/Little Hallam area.
He was born in Cossall in 1820, the son of cottager Henry and Mary (nee Badder).
In 1841 he was working at the Little Hallam farm of John Taylor with his older brother James, and in November 1845 he married Elizabeth Straw who was living just up Boot Lane with her parents, sawyer William and Catherine (nee White).
During the rest of his life Isaac remained wedded to Elizabeth and to Little Hallam.
He died there in February 1888.
His widow Elizabeth also died there in December 1905, aged 79.

Sons William, Robert and Isaac junior were equally attached to the area.
The only son to tear himself away was Henry and he got as far as Park Road before leaving the town in the later years of the century… to arrive at Breaston.
The only other son was James and his unfortunate death has been noted. (See George Small, a terror to evil-doers).

The only Wilkinson daughter was Catherine who married Jacob Hawkins at St. Mary’s Church on Christmas Day of 1883 and went to live in Belper Street.
(On the same day and at the same place her brother Isaac married Ruth Flatman, daughter of Norfolk labourer Robert and Mary).

Jacob was the son of iron founder William Hawkins and worked with his father before trading as a gunsmith and ‘cycle engineer’.

We have already touched on the early history of the Inn but it is, perhaps, worth repeating what we have  learned and then adding to it.

In 1789 John Jackson was the landlord of the Anchor Inn in the Lower Market Place although the premises had been mortgaged with Francis Elliott. John Jackson was murdered in February 1791 and two years later his widow, Mary, married Isaac Atkin. By 1794 Isaac appears as the landlord of the Anchor (and probably immediately after his marriage to Mary), and Francis Elliott was now the Anchor’s owner.

Shortly after this, Isaac and Mary moved to Little Hallam where they established another ‘Anchor Inn’ on land Isaac had inherited from his father  Moses Atkin. Isaac mortgaged this property to John Hawley of Shipley Lodge in August 1796 when it was described as “a newly erected Public House in Little Hallam“, and was still using the name Anchor Inn.

In 1805 the Inn was sold to a cattle dealer, William Bower of Trowell, and when he mortgaged it in 1810 it was referred to a the Bull’s Head. So, some time between 1796 and 1810 it’s name was changed from the Anchor Inn to the Bull’s Head. In the meantime Isaac and Mary Atkin had moved to a farm at Willoughby on the Wolds in Nottinghamshire.

While still living at Trowell, William Bower passed on the Bull’s Head to his son Thomas, and this transfer was confirmed in William’s will. (He died on March 2nd 1827). Thus in early trade directories Thomas Bower appears as the Inn’s landlord. Some time between 1835 and 1841 it was passed to James Syson and by 1846 to Partrick Derbyshire. In 1850 Isaac Borebank was the keeper and by 1857 it was in the hands of William Allcock. On the 1861 census Paul Cresswell was the landlord there and by 1865 ‘Mr. Holbrook’ had taken over.

And then by 1870, William West Small, son of George and Fanny, had moved in. In March 1875 he gave up his licence at the inn to John Harris, victualler of South Clifton near Nottingham. 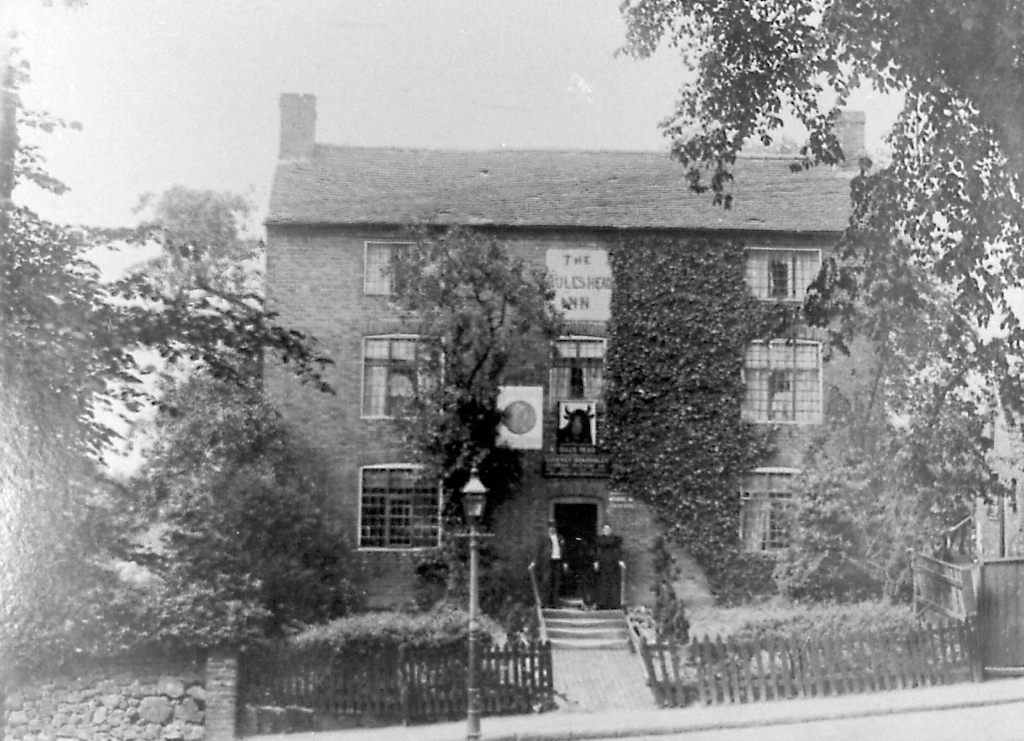 The Bull’s Head Inn on Little Hallam Lane, close to the croft where young James Wilkinson (above) died.

By 1881 the inn was in the hands of William Henry Hardy, who, about 1884, passed it over to Matthias Pacey. In April 1889 it was passed back into the hands of William Small and family. About ten years later it passed to Godfrey Beardsley and it is his name you see above the door (in about 1900).

Accident Black spot !! Alert !!  May 1885. Philip Bacon, grocer of South Street, was in his cart travelling down Stanton Road and turning into Little Hallam Lane when he was amazed to see an unaccompanied horse, pulling an unoccupied cart, racing towards him. Unable to navigate that corner, the runaway horse turned violently into the Bull's Head Inn yard and sustaining some, but not life-threatening, injuries. The cart and horse belonged to lace maker William Barber of Stanton by Dale who had involuntarily parted company with his transport as he was leaving home that morning, about to travel to Ilkeston. The horse and cart subsequently made the journey without the driver, and William had to find alternative means of transport to be reunited with his errant animal.

We now walk back up Stanton Road towards White Lion Square, where we meet more Carriers.