John Trueman and the Durham Ox

…. The Durham Ox was next

“Beasts and sheep might be seen grazing leisurely. Looking across this pasture, a glimpse of the Durham Ox Inn (kept by Mr. John Trueman, a noted crack shot) could be obtained”. (Sheddie Kyme).

The scene was hardly ‘leisurely’ in the winter of 1859-1860 which seems to have been a rather bad one for storms.
Just before New Year, Friday afternoon, the skies went black, preceding thunder, lightning, torrential rain and an accompanying whirlwind. The latter swept from the bottom of Bath Street and into Twells’ fields, attacking the haystacks there and showering straw and hay over the surrounding houses. One such house also lost its pantry and outhouse, and as a consequence Twells’ Close found itself with several alien doors and wooden boards.
Numerous other houses lost slates while in Brussels Terrace a resident was covered in glass as his window blew inwards.
A little further east in Pigsty Park recently built houses lost their gable ends and several trees were snapped off at the ground.

Born on Ilkeston Common on August 8th, 1831, John Trueman was the youngest child of coalminer James and Sarah (nee Bostock) and started work in a local colliery before the age of nine. He moved on to Stanton Ironworks where he worked for over 20 years.
In October 1854 he married Ann Cope, who was born at St Johns (or Saint John) in New Brunswick, Canada while her father Samuel was serving there with the Royal Artillery.

In August 1859 John took over the Durham Ox in Belvoir Terrace — later known as Durham Street.

Originally built as a private residence and later used as a police office, it was converted by John into a beerhouse which opened at Christmas time in 1859 and where John was landlord for nearly 22 years.

Under the Beerhouse Act (1830) there was now no need to apply to the local magistrates for a licence to sell certain types of liquor. Any householder assessed to the poor rate could purchase an excise licence from the local excise officer for a modest price and then commence to brew and sell beer, ale and cider from his own premises.
The Act, which remained in force with some modifications until 1869, also extended opening hours to 18 hours per day, usually from 4am to 10pm.

Public Houses
In the year of Adeline Columbine's birth -- 1854 -- the Nottinghamshire Guardian included a short paragraph from the 'Builder' periodical under the heading of 'Public Houses'. "As the term denotes, these establishments are open for public accommodation, and the law makes it imperative on the owners holding licence, to give hospitality; besides that, it imposes on them other duties not of an agreeable nature, such as billeting soldiers, receiving the bodies of suicides, &c; they are restrained from receiving customers during divine service, but are forced to admit them at other times; they are heavily amerced for suffering brawls or bad characters to congregate; and (will it be credited !) they are subject also to serious penalties for adulterating liquor ! "What an arduous office the publican has to perform. "And still, notwithstanding all this, we find these houses increasing every year, until at length in England and Wales they number 61,040 as having spirit licence; and including those licenced for the sale of beer only, they amount to 101,953; being in excess of any other trade, and averaging against the whole population in the ratio of one public-house for every 120 souls! 102,000 public-houses for 12 millions of people! How many churches are there? The latter are built at an enormous national cost, and yet do not accommodate one-half of the population -- the former are supported by voluntary contributions, and suffice for all at once. "The fact is startling, and ought to excite the earnest attention of Government. Whether that attention is bestowed on the subject which its importance demands, is the question. Are these places of rendezvous , of universal and habitual intercourse, at all regarded, except as sources of revenue? Is the quality of the beverage vended ever checked or tested? Or are the proper guarantees for good management duly secured? "These are points which concern the great moralists of Exeter-hall,* and until they direct their efforts towards the reformation of white slaves (slaves of bad habitudes, of abject condition, and of neglect), at home, chancellors of the exchequer and finance committees, finding them promotive of  revenues, in the principal branches of beer, spirits, and tobacco (producing each its five millions a year, will not interfere with them". *Exeter Hall in the Strand, London served as a meeting place for the Anti-Slavery Society and other organisations in the 185os. It was also a concert hall.

During his life landlord John Trueman was particularly fond of shooting contests and won several prizes against large numbers of competitors at Nottingham, Sheffield and other places.
In September, 1860 John was engaged in a pigeon shooting match with Thomas Marson, landlord of the Jolly Boatman Inn on Awsworth Road, on away territory, ‘at five birds for a supper’.
‘Crack shot’ John bagged two out of five of his targets and this was two better than Thomas (or ‘worse’ for the pigeons).
A return match was called for a fortnight’s time at the Durham Ox where ‘plenty of pigeons will be provided for a sweepstake’.
The Pioneer was happy to report this but was far less happy about the pigeons in Chapel Street at the same time (see Into Chapel Street).
At the age of 50 John bagged another first prize when he travelled to Oughtibridge near Sheffield to compete in the Old Man’s Leger, an All-England  pigeon-shooting contest for competitors aged 50 plus.

In June 1861 the Durham Ox was up for sale (IL) but thereafter still showed John as landlord.

Pigeons were not the only birds in danger from John and his shooting buddies.
For example, in February 1876, the landlord organised a Sparrow shooting contest at his Inn. First prize, a double barrel shotgun.
There were 13 competitors – and guess who won?
John bagged six out of seven while son James shared second and third prizes (£1 5s) with two others, each missing two targets.
Following the contest and over a splendid spread at the Durham Ox, two further pigeon shooting matches were arranged for early March, to bring the shooting season to a close.

The shooting of pigeons was a popular winter ‘sport’ but was not universally welcome at this time as an article in the Lancet of Spring 1877 reported. It complained that the caged birds were often so exhausted that when their trap was opened they were too tired – or too tame – to fly away, and the shooting of them was more a brutal slaughter than a sporting contest.

In 1878 John was connecting the drain at the Durham Ox with the sewer in Northgate when he found several of the pipes in the street were broken. He set about replacing them and asked the Local Board to meet the cost.
Its surveyor, George Haslam, reported that John had done a good job and so the Board agreed to pay the bill for the pipe work which had been supplied by Richard Evans.

About 1880 John had commenced business as a brewer and with James O’Hara eventually established the Trueman and O’Hara brewery in Durham Street.

In July 1881 the Inn’s licence was transferred to Samuel Straw. 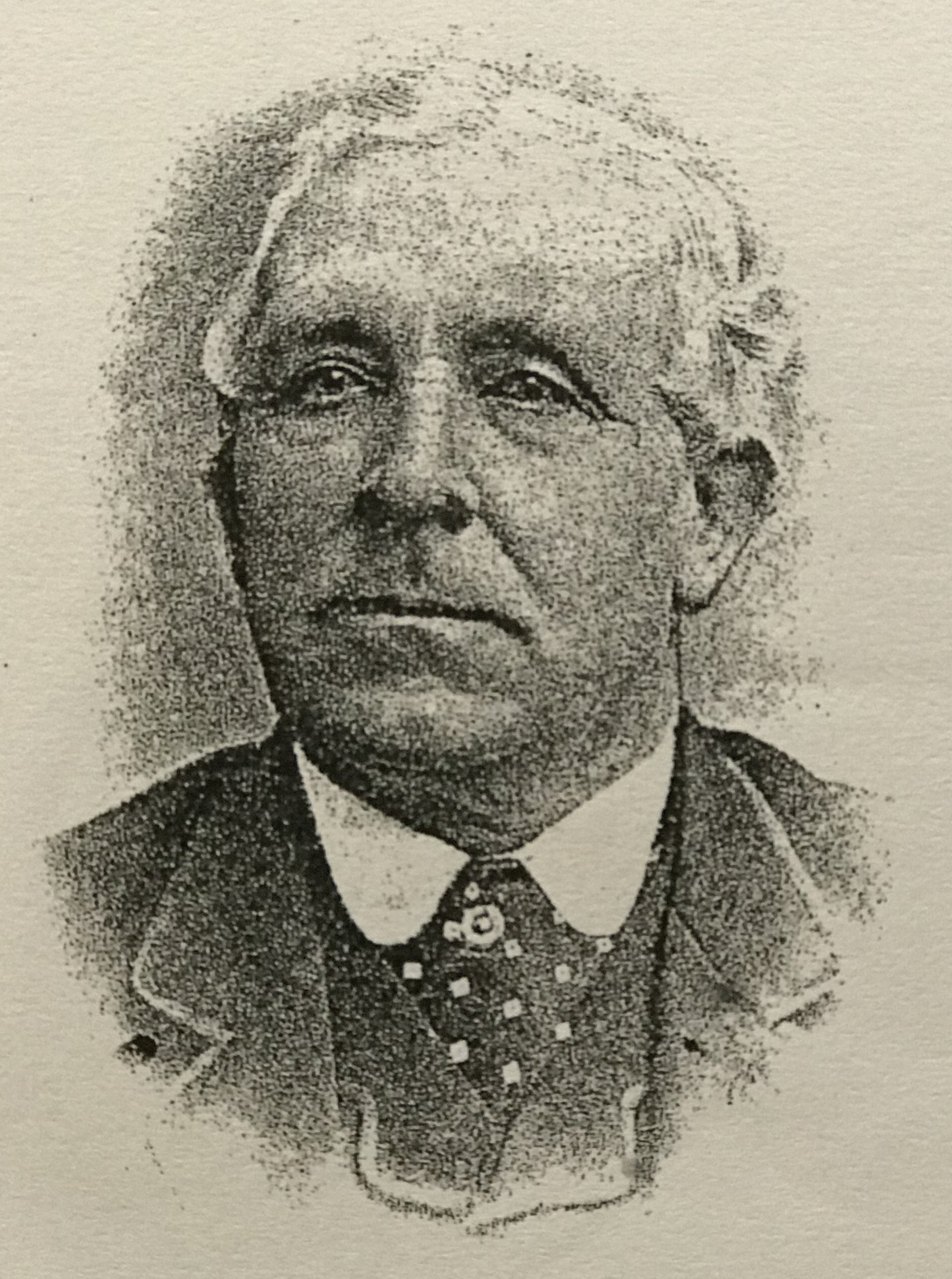 Though John continued with his brewery business he now left the Durham Ox and moved on to the Horse and Groom at Gallows Inn, (where his manager was son-in-law Owen Bostock — son of William and Sarah (nee Henshaw) — and who had married Sarah Trueman in 1874), and to the Queen’s Head in Bath Street.
On a Wednesday in January 1886 Owen Bostock’s eight-year old son John attended Trowell School in the morning as usual and on the way home went onto the frozen Nottingham canal to slide. What he didn’t know however was that on the previous day an ice boat had been along the waterway so that the newly formed ice was now very thin.
It collapsed as John went onto it and he fell beneath the water. His lifeless body was recovered by drags about an hour later. 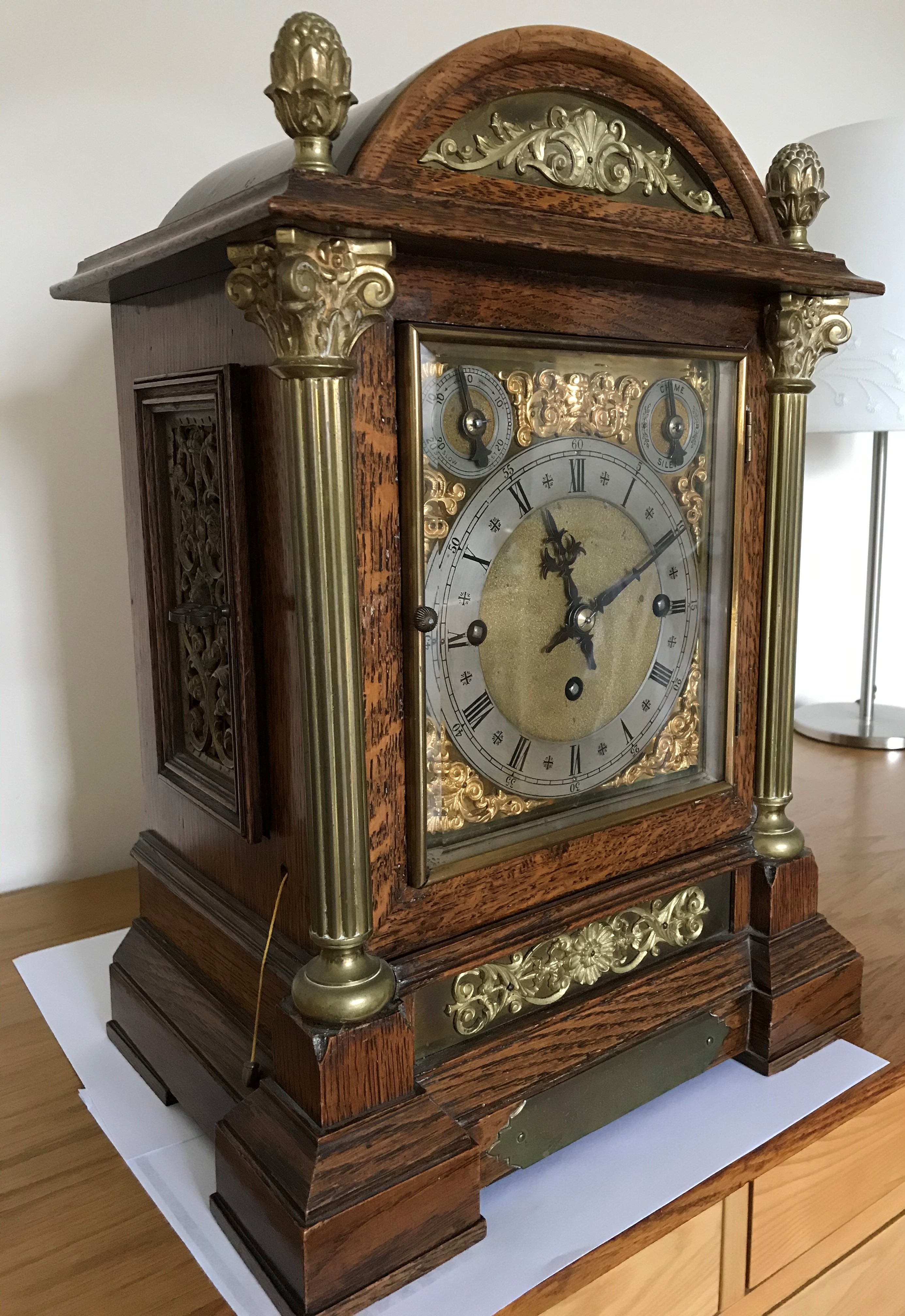 This clock was presented to John in November 1897, by the Licenced Victuallers, on his retirement. It is now in the possession of Graham Shead who has kindly sent the images. Graham believes that it has come to him via his Bostock connections.

In the prime of his life John was a man ‘of fine physique’, almost six feet tall and weighing 15 stones. However in the last years of his life he went blind, ‘due to shock’.

In October 1904 John and Ann celebrated their Golden Wedding and both died at  Number 1 Stanley Street in 1909 and 1916 respectively.
John succumbed to bronchitis following a chill. The local press was fulsome in its praise for John …. ‘one of  Ilkeston’s best known sportsmen…. exceedingly well known all over the Midlands … a clever shot , having gained many honours in shooting competitions at Nottingham, Sheffield and other places.’ (Belper News) There was a burial ceremony at the Congregational Chapel in Wharncliffe Road, attended by a large congregation before John’s body was interred in Park Cemetery. 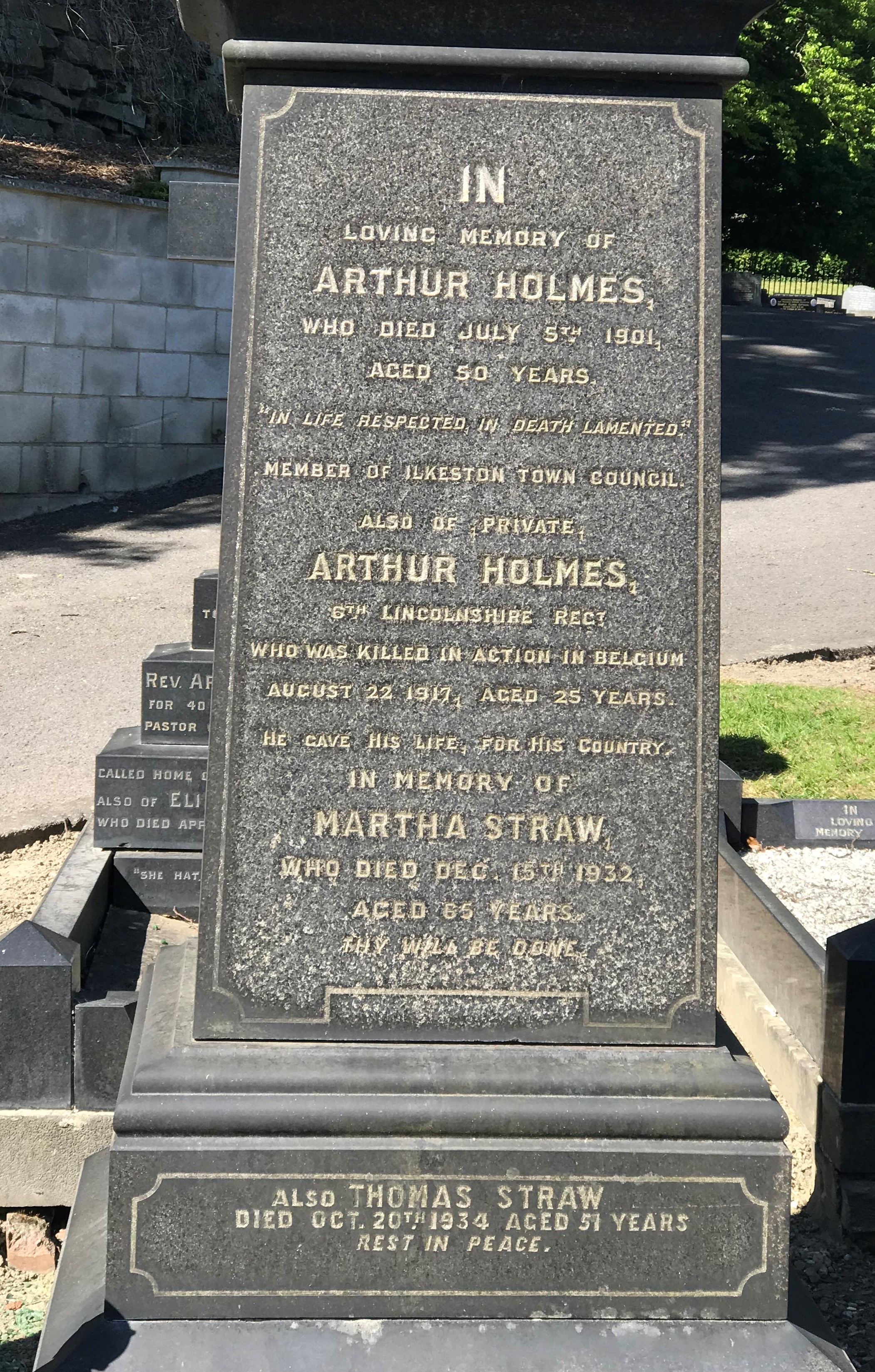 John’s successor at the Durham Ox, Samuel Straw, was the son of miner Joseph and Hannah (nee Shaw) and was himself a former ironstone and coal miner.

In October 1861 he married Ellen Grimley – one of the Club Row ‘Grimleys’.

Both Ellen and Samuel died at the Inn in May 1891, within a fortnight of each other.

In the following month the license was transferred to Arthur Holmes, who had just married his second wife, Martha Hood.

Arthur remained at the inn until his death on July 5th, 1901.

Thereafter his widow kept the license until she married Thomas Straw in 1911 after which the couple remained at the inn.

On the monument (left) you can see Martha listed between her two husbands and her eldest son.

We’ve met the butcher, the brewer, and now the candle maker: Moses Mason and family