Not got a clue ?? Page 5 …The Ebbern family again

A photo of the Ebbern family. 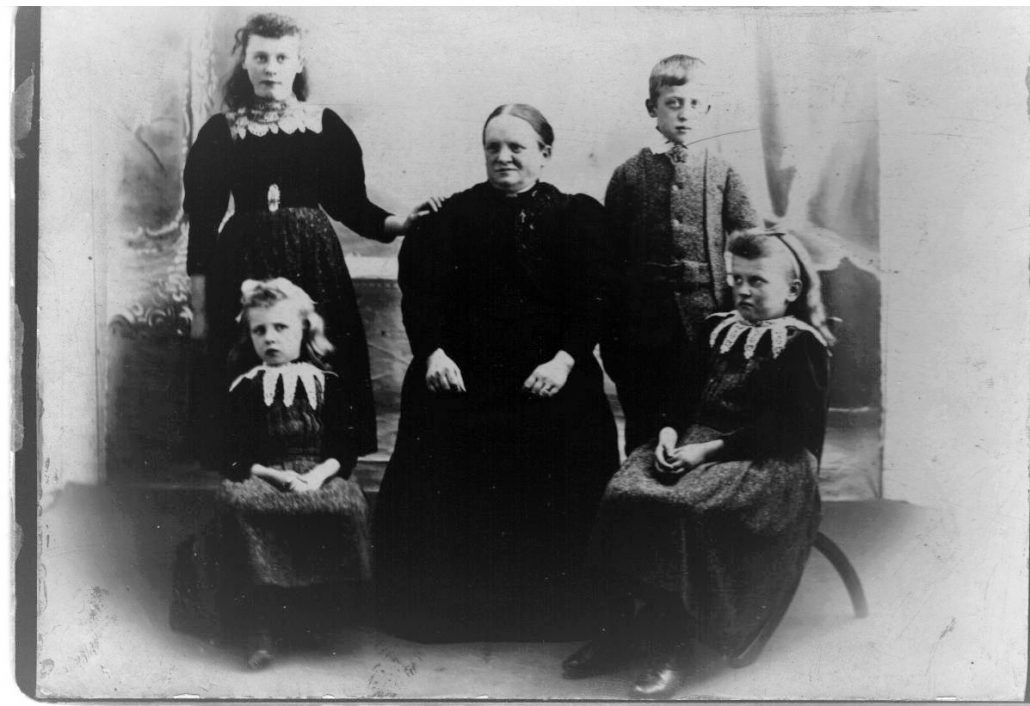 The adult here is Mary Birch Ebbern, married to Thomas Ebbern. In the photo she appears to be 50+ years old, giving it a date of 1900 onwards.
The four children around her are hers.
At that time, her surviving children were Thomas (born 1879), Frank (born 1881), Sarah Marinah (born 1885), George (born 1887), Mary Elizabeth (born 1889), and Annie (born 1892). We might further assume that the four children were the youngest in that list.
The oldest child in the group seems to be the girl, standing top left; this would be Sarah Marinah … and is a younger version of the girl on Page 2 and also below (Photo 3a). The girl on the right of the group is daughter Mary Elizabeth, also appearing on Page 2, (Photos 3d and 3e). Mary Elizabeth also appears on the second school photo of School Days

Youngest daughter Annie, bottom left of the group, is shown as a young woman, below right, 2a 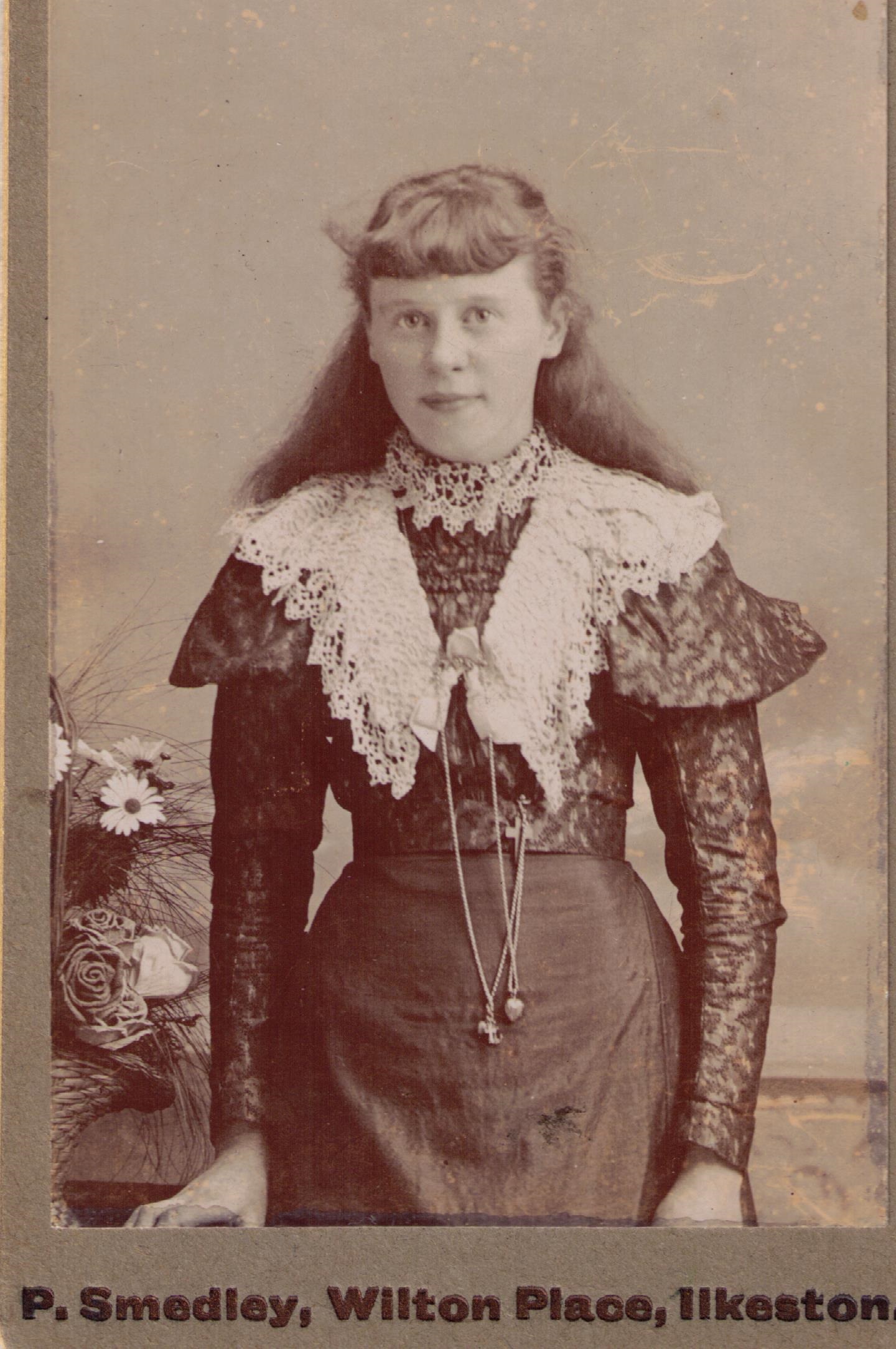 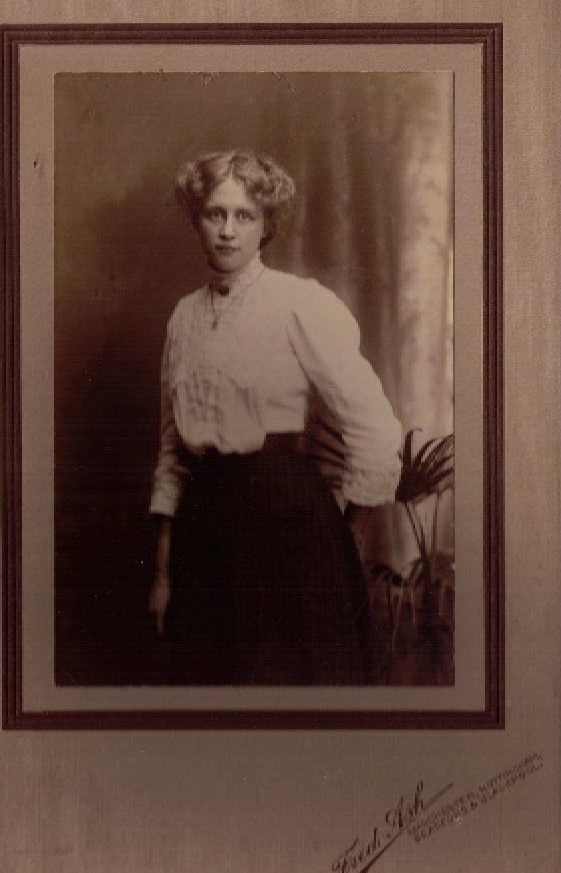 The lad in Photo 5a (above) therefore would be George Ebbern … Pam can see a resemblance between this lad and the young man on Page 3, (Photo 4d). I tend to agree with her. What about you ? Here he is again (left) …. and, as Pam believes, is this the same George as a soldier ? 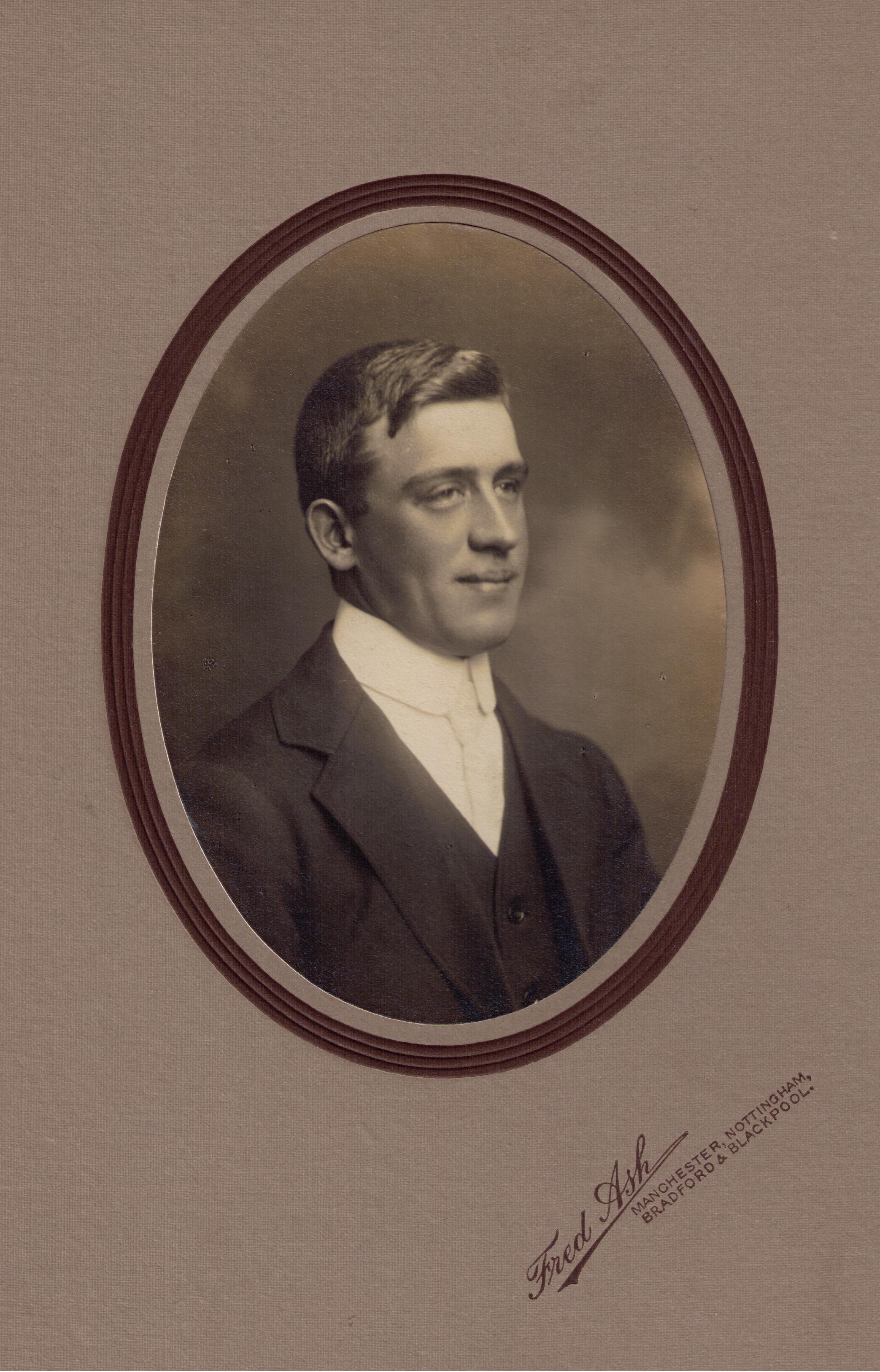 If this is George, then he would be married, with a young child and enlisted in the army.
George Ebbern did marry in 1912, to Mary Elizabeth George, who gave birth to George William Ebbern in 1915. George senior enlisted in the army in December 1915, just over a week after his son was born. He was then working as a bakery carter, the family living at 29 Millfield Road in Ilkeston.
George survived the war and the family continued to live at that same address.

Thus, the remaining girl in Photo 5a, by elimination, would be Mary Elizabeth Ebbern (right). And Pam believes that the young lady in photos 3f and 3g, on page 2, is also Mary Elizabeth, shown here again 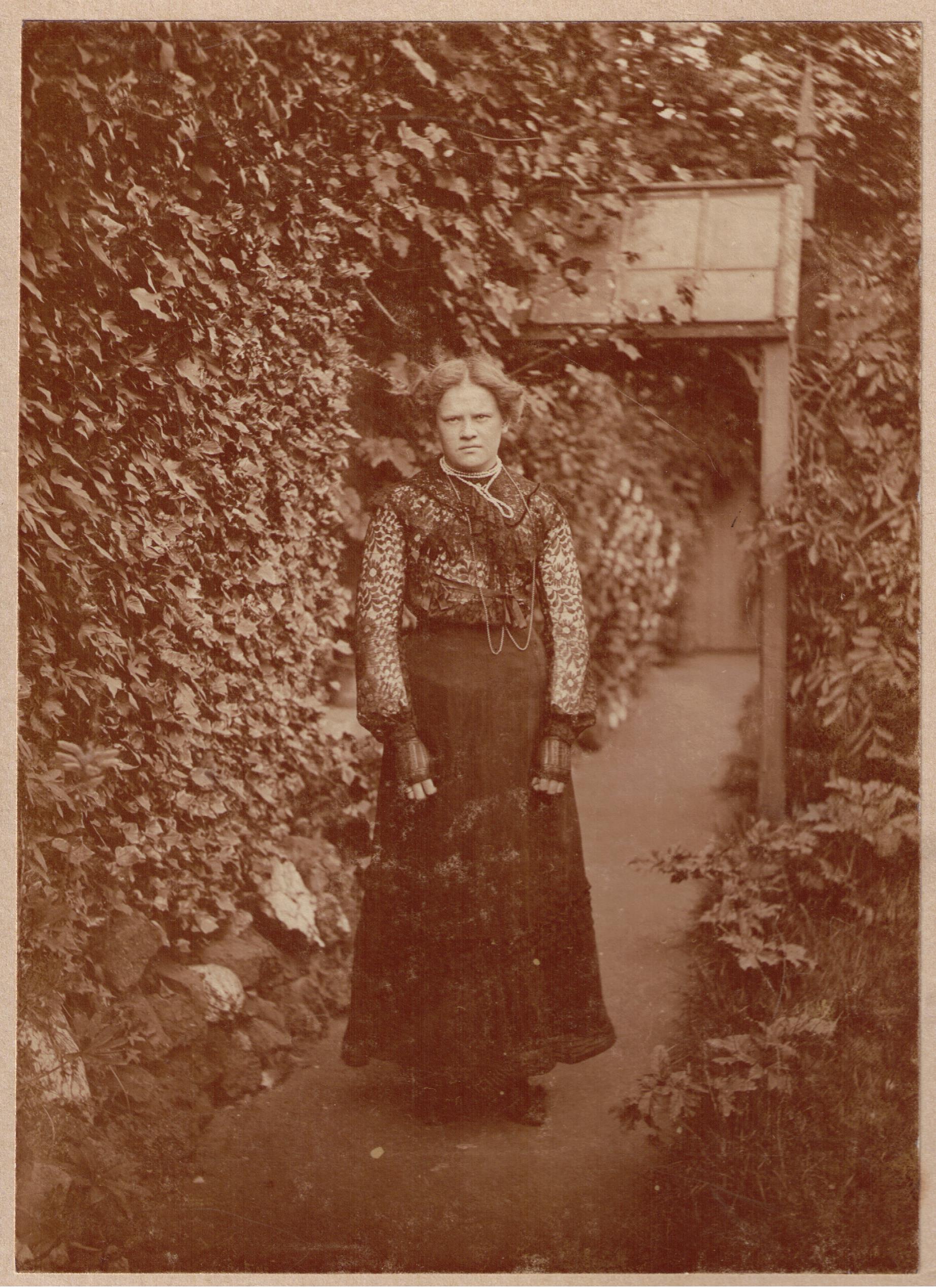 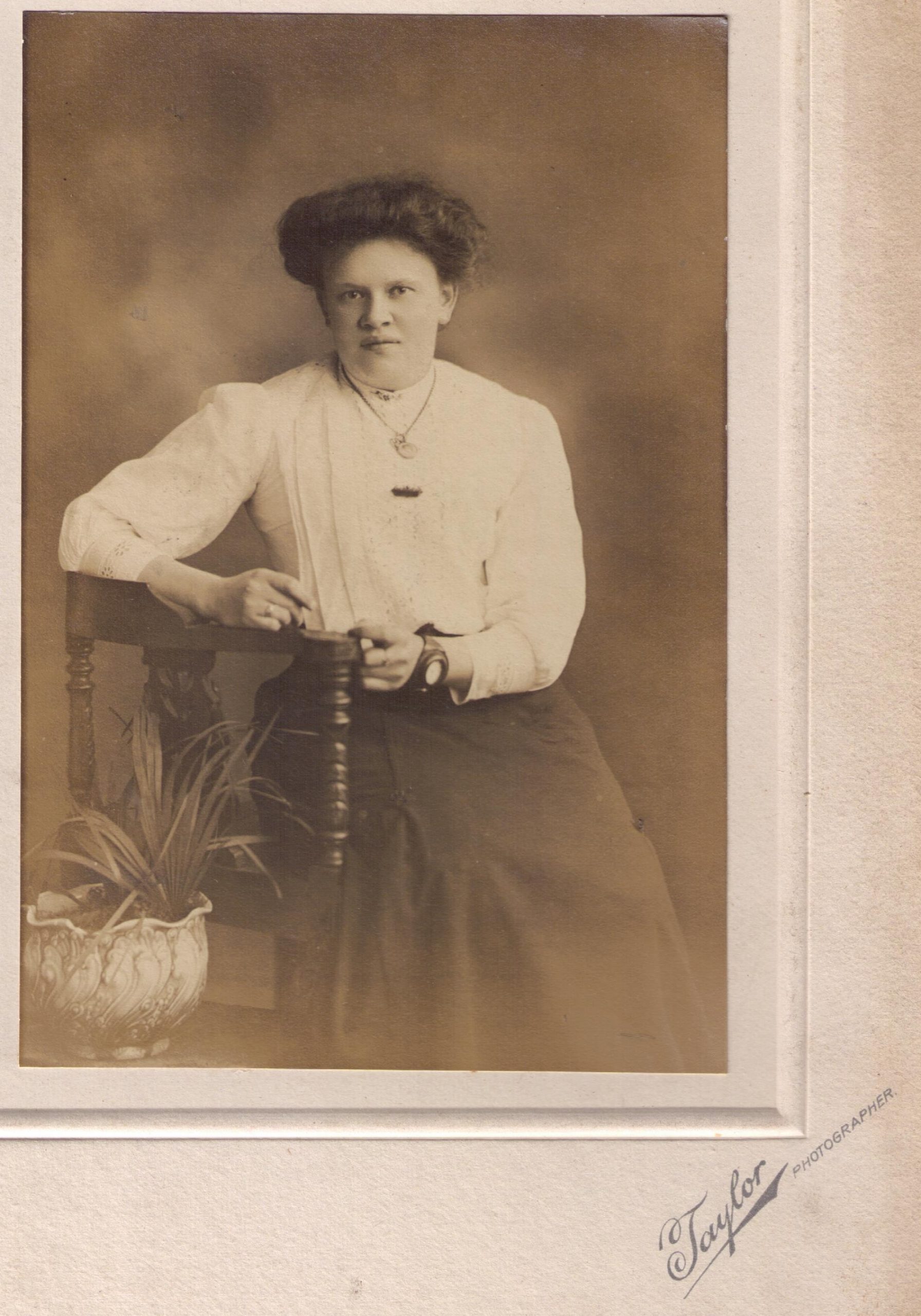