On the site you will find …

The Grand Tour around Ilkeston …. based on the recollections of Adeline Wells which appeared in a series of letters written to the Ilkeston Advertiser in the 1930’s, describing her life in Ilkeston in the 1850’s onwards. 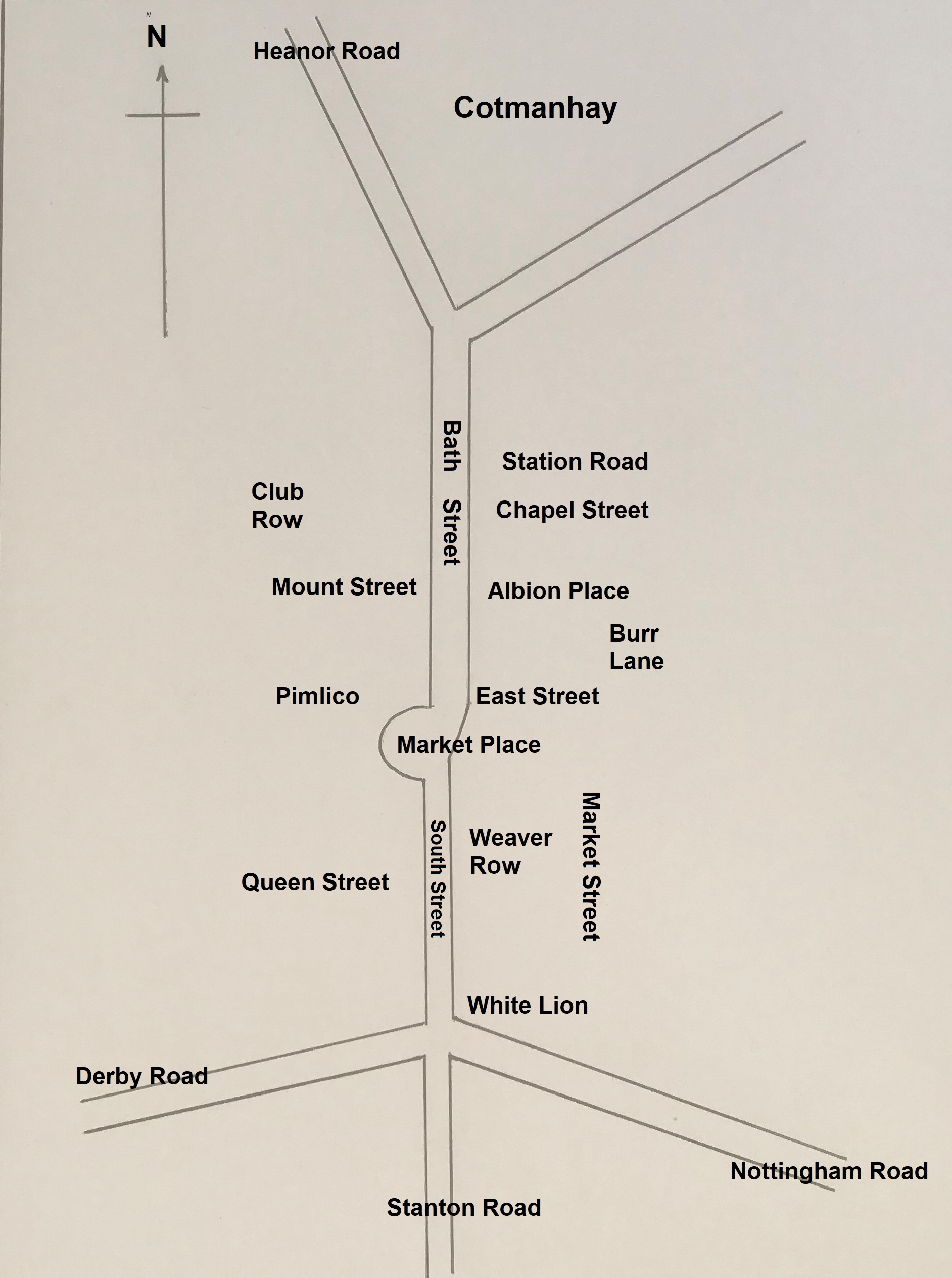 The route of the tour begins at the bottom of Bath Street  (roughly where Heanor Road and Bath Street meet) and proceeds along its east side towards the Market Place exploring, in sequence, streets off our left such as Station Road, Chapel Street, East Street, Burr Lane and Albion Place.
After a rest in the Market Place and a stroll into Pimlico we set off along the west side of South Street, walking towards Derby Road, with a detour into Queen Street and its environs.
At the southern end of South Street we will then explore Derby Road, the Stanton Road area, Nottingham Road, Market Street and then the White Lion area before resuming along the east side of South Street, with a walk up Weaver Row, before returning into the Market Place.
A stroll down the west side of Bath Street, taking in Mount Street and Club Row, will return us to our departure point where we will finally contemplate a few areas beyond Bath Street.

For those of you not familiar with the streets of Ilkeston, the above remarks must be very confusing. The sketch maps above and below — not drawn to scale — hopefully shows the relative positions of these streets and features. 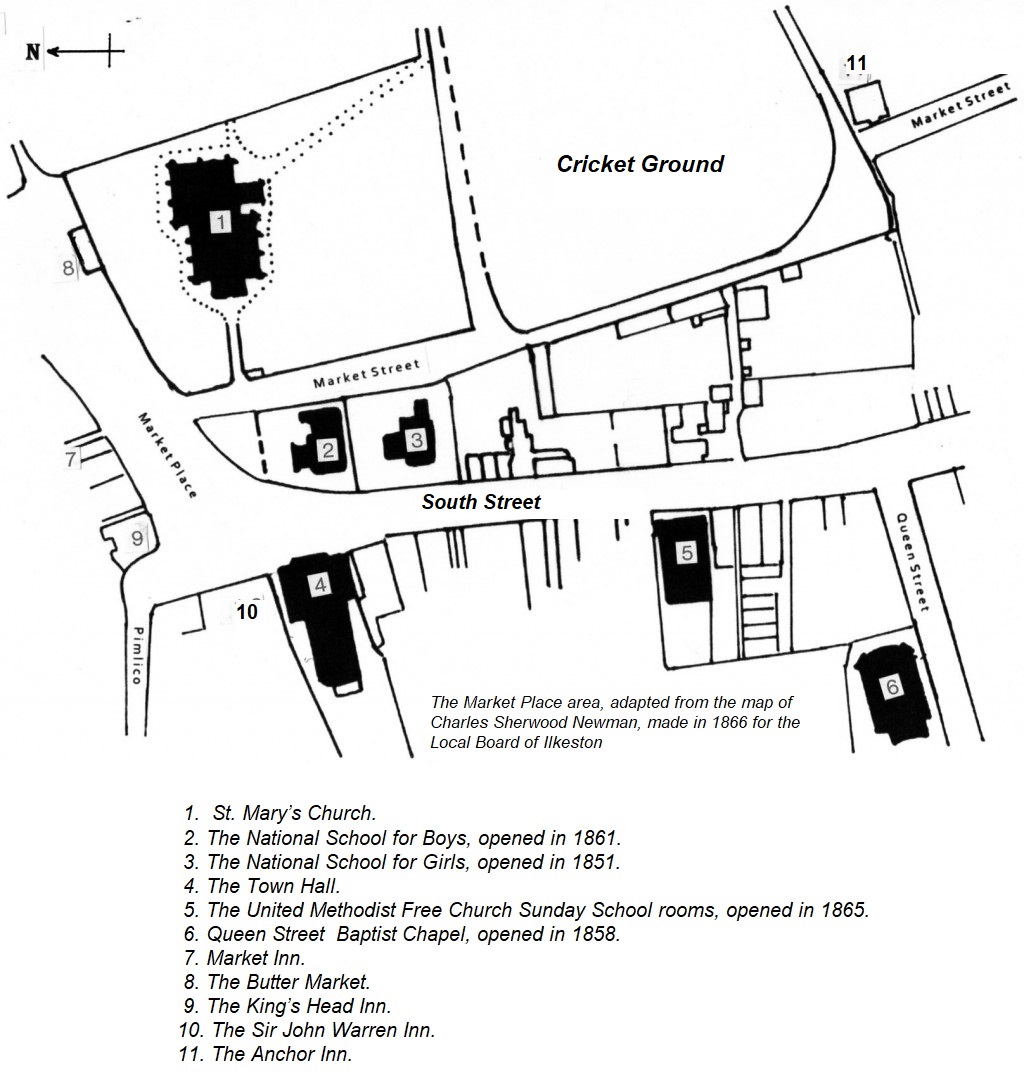 Statistics of Victorian Ilkeston which may be of particular interest to family historians. These include …

Births in Ilkeston since Civil Registration began in 1837

Some Family histories several of which have been composed by other contributors …. Beardsley, Columbine, Dawson, Daykin, Hallam, Haslam, Henshaw, Hollingworth, Johnson, Wilson.

A section of Old Ilson Relics, inspired by Andrew Knighton and his extensive collection of memorabilia connected with Ilkeston, including …..  The Knighton family

School Days … this is an ‘add-on’ page and includes contributions from several people, including Andrew

Not got a clue ? .. composed around a set of (mysterious) photographs of Pam Bates

A summary section of the Comments made to the site

Help, I need somebody … a place where anyone can post their Victorian Ilkeston problems